Christmas and Easter wouldn't be the same without Cadburys. The company is known worldwide for its chocolate and although they have recently been purchased by American giant Kraft, Cadbury's will still remain a great British tradition. 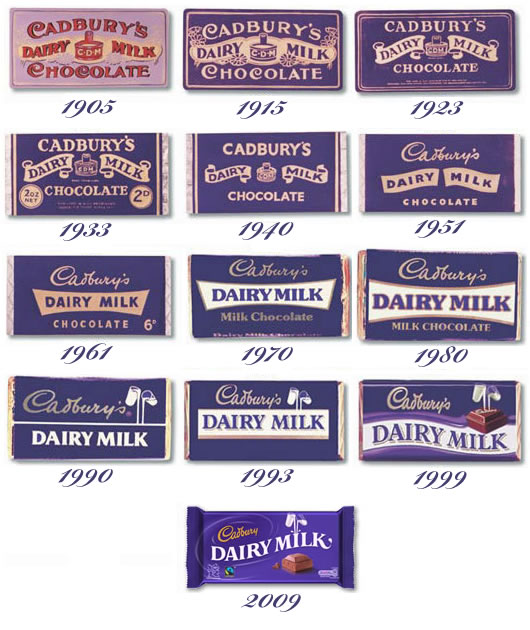 Chocolate Through the Ages

The history of the company dates back nearly 200 years ago with John Cadbury and his brother Benjamin and continued to be a family business until recently. The family can be traced back through records available online at TheGenealogist even before the company began. The will of John and Benjamin's grandfather Joel Cadbury from 1808 can be seen in our PCC Wills collection, which covers the years 1384 to 1858 and is an on-going project for us, with 100 years of wills currently online containing over 630,000 records.

John and Benjamin's father, Richard Tapper Cadbury, was born in 1768 to a wealthy Quaker family in Devon and later moved to the Birmingham area. He helped to support the business financially during its early stages. The recently completed Non-Conformist records on TheGenealogist include RG6 Quaker births, baptisms, marriage and burials from 1578-1841. Richard Tapper Cadbury's birth in 1768 and marriage to Elizabeth Head in Ipswich 1796 are available to view online either as a transcript or original image. The records can be very detailed, including the name and occupation of the bride and groom's parents.

John Cadbury was born in Birmingham on 12 August 1801, which can also be seen in the RG6 records online. His first marriage to Priscilla Ann Dymond is recorded on 9 March 1826 in Devon and also sadly her burial in 1828. John then went on to marry Candia Barrow in July 1832.

As a Quaker, John's career opportunities were limited, as he was not permitted to attend University or join the military. So he instead turned his attention to business and became a tea dealer's apprentice in Leeds in 1818. In 1824 he came back to Birmingham and opened up a small grocer's shop at 93 Bull Street, selling various items including cocoa and drinking chocolate. Quakers were opposed to alcohol and the problems it brought to society, so often promoted tea, coffee and drinking chocolate as a healthier alternative. In 1831 he became more involved in manufacturing and decided to rent a small factory on Crooked Lane, producing his own cocoa and drinking chocolate.

Entries for the Cadbury's in White's 1849 Birmingham Directory

John's brother Benjamin joined the business in 1847 and the company became 'Cadbury Brothers'. As the business began to grow the brothers moved to a larger factory on Bridge Street, and the development of the business can be seen through some of the Directories available on TheGenealogist.

Directories are a useful research tool, ranging from trade directories, to post office, court, residential and streets, and often pre-date the earliest census records. The 1835 Pigot's Directory shows John Cadbury at 93 Bull Street under 'Tea and Coffee Dealers'. The White's 1849 Birmingham Directory gives several entries for the Cadburys. The first shows 'Cadbury Brothers' as tea dealers and coffee roasters at 93 Bull Street and wholesale tea dealers and coffee merchants at Bridge Street. There are separate entries for Benjamin and John Cadbury, including John's home address at 34 Calthorpe Street. These entries can be found in the Midlands and East Anglia section of the Directories on TheGenealogist. You can then choose to search across the directories by entering the surname Cadbury and/or a first name or browse the directories page by page with the help of bookmarks.

When John's wife Candia died in 1855, he suffered from frequent health problems and the business began to suffer. The brothers decided to end their partnership in 1856 and John handed the business over to his sons. His eldest son Richard had joined the business in 1850 and initially was involved in sales and marketing. He was also an artist and decided to make the chocolate boxes more interesting by decorating them with his designs and pictures.

Richard's birth is recorded in the RG6 Quaker records on TheGenealogist in 1835 and his marriage to Emma Wilson in 1871 is recorded on our BMD Index, complete from 1837 to 2005. Richard died in 1899 from Diphtheria in Jerusalem, which is recorded in our Overseas BMD collection.

This dataset covers BMDs abroad for Army, Marine, Air Force, High Commission, Regimental, Consular and Ionian Islands and currently contains over 1,989,000 records. Richard's wife Emma died tragically in May 1907 after falling down the saloon stairway onboard the passenger liner 'Empress of India'. This death is recorded in our Overseas Marine Deaths collection, which includes deaths at sea on ships registered in Great Britain or Ireland and contains over 278,000 records.

The Cadburys in the Warwickshire 1841 Census

Richard's brother George (above) joined the business in 1856 and his area was production and buying. His contributions had a substantial effect on the company and the products, as it was George who launched 'cocoa essence' in 1866 after purchasing a new Dutch cocoa press, and also founded the 'Bourneville' factory in Birmingham, which was expanded into a village with the focus on better standards of living for industrial workers.

John Cadbury had seven children in total and the family continued to grow in each generation. The different members of the family can be found on the census transcripts on TheGenealogist, which are complete for England and Wales from 1841 to 1901. The first census in Warwickshire 1841 shows John and his family at Calthorpe Street (below), including son's Richard and George, with his occupation recorded as 'Tea Dealer'.

From the late 1880's the next generation began to join the business, with Richard's son William in 1887, who initially worked on engineering and machinery. He set up a pension fund for male workers in 1906 and also one for women in 1911. The famous Cadbury logo that we know today was also based on his signature. George's eldest son Edward joined in 1893 and his brother George Jnr in 1898 who led the development of milk chocolate with the launch of 'Dairy Milk' in 1905. Other siblings continued to join the business in the 1900's and were followed by future descendents, ensuring that Cadbury's remained essentially a family run business.