From Bloody Sunday to My Fair Lady

The Life of George Bernard Shaw 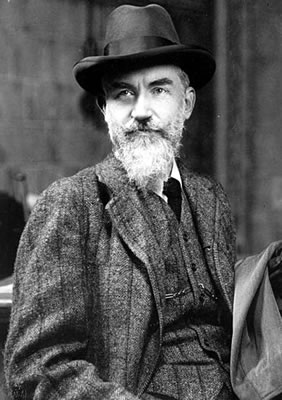 The Hertfordshire 1911 census is now available to all Diamond subscribers on TheGenealogist and includes the author and play-wright George Bernard Shaw.

The life of George Bernard Shaw spans a time in history when social classes were in direct conflict with one another and the working class was rising up against the middle and upper classes. Shaw's personal life spanned the different classes: with his own rise from working class origins to a middle class gentleman, and marriage to a wealthy Irish heiress, he had a rare view of the different layers of society and actively campaigned for an equal society.

Shaw is most famous for his play 'Pygmalion', which was later turned into the popular musical 'My Fair Lady' starring Audrey Hepburn. He was an extremely successful playwright, as well as a political activist, and his writing depicted the social struggles occurring at the time combined with his own socialist views on the ruling classes.

Shaw was born on the 26th July 1856 in Dublin to corn merchant George Carr Shaw and his wife Lucinda Elizabeth nee Gurly, a professional singer. His father was an alcoholic and his mother left for London with her voice teacher, George Vandeleur Lee, when Shaw was 15, taking with her George's sisters Lucinda and Elinor.

George stayed behind with his father and reluctantly began working as a clerk for Dublin Estate Agents Charles Uniacke and Thomas Courtney Townshend. Shaw hated this time in his life, having to work for rich men in the confines of an office, and left Dublin in 1876 to live with his mother and sisters in London.

His family in London supported him for several years whilst he studied independently in public libraries and began writing novels. His novels were not initially very successful and he wasn't able to publish these until later in his career, but his plays proved more popular and by 1910 Shaw had become an established and famous playwright.

His most well known play, 'Pygmalion', was written in 1912, and he received the Nobel Peace Prize for Literature in 1925 for the film adaptation, and also won an Oscar in 1938. In 'Pygmalion', a middle class Professor Henry Higgins carries out an experiment to see if he can convince people that Cockney flower girl Eliza Doolittle is a Duchess simply by teaching her to speak correctly.

The play demonstrated that the class structures were not as rigid as British society liked to believe, and that education and improved phonetics could transport people into higher levels of society.

It also contained an under-lying theme of women's independence, with the suffragette movement working actively across the country to obtain votes for women. 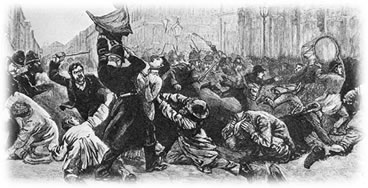 Details of his life and works can be found in the 'Who's Who in the Theatre 1922' available to search online at TheGenealogist with a Diamond subscription. Occupational records can be very useful for researching ancestors with specific trades, as they often provide biographical information and can help you to trace the areas they lived in.

Shaw had developed an interest in socialism during his earlier studies, and became an active member of the Fabian Society, which was established in 1884 to promote the peaceful and gradual spread of socialism. Although Shaw condemned the treatment of the working class, which he considered to be exploitation, he was also against any form of violent revolution. He used his writing to spread socialist ideas, gave lectures on street corners, and became an active member of the Fabians, helping to write pamphlets and form the new Labour Party. He was also involved in a demonstration in 1887 against the Conservative Government, which led to riots and clashes between protesters and police, and became known as 'Bloody Sunday'.

During his political campaigns, he met Charlotte Payne-Townshend, a wealthy Irish heiress. She fell in love with Shaw and suggested marriage to him in 1897, but Shaw turned down the proposal concerned that he would be branded a 'gold-digger'. Heartbroken from his rejection, Charlotte fled and went to live in Italy. Shaw had an accident in 1898, and wrote to Charlotte complaining of the discomfort and problems that he was now suffering, and she immediately returned to nurse him. Shaw must have realized during this time the mistake he had made, as they were married later that year in London.

Their story provides similarities to that of Professor Higgins and Eliza Doolittle in 'My Fair Lady'. Professor Higgins initially rejects Eliza's affections until she walks out of his life, forcing him to realize his own feelings and the mistake he has made. The two are finally reunited when Eliza returns to Higgins, as Charlotte also returned to Shaw in 1898. 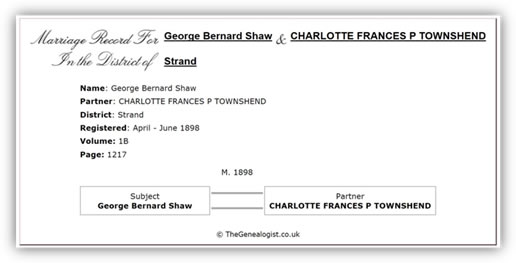 George and Charlotte can be seen on the 1901 census at Charlotte's London residence on Adelphi Terrace. In 1906 the couple moved to the village of Ayot St Lawrence in Hertfordshire and are shown living here on the 1911 census. The Shaw's remained in Hertfordshire until his death in November 1950, and also maintained a separate residence in London.

George is recorded at their house in Ayot St. Lawrence on the 1914 Hertfordshire Kelly's Directory. Directories can provide a great deal of information for family history researchers, and there are many different types available from Street Directories to Trade, Law and Court. They cover a much greater time span than census records, so can be used for years prior to, between and after available census records. The Shaw's house in Hertfordshire is now property of the National Trust and was re-named 'Shaw's Corner'. The Shaw Theatre was also opened in London in 1971 as a memorial to his life and works.