Were your ancestors Pirates of the Caribbean?

The exploits of Captain Jack Sparrow and his crew in the films 'Pirates of the Caribbean' are based on real life characters who terrorised the sea's, and some of us may well have ancestors that were involved in the piracy which occurred in the Caribbean and around the world. Piracy was actively supported by the Government during times of warfare to disrupt enemy trade routes, but the pirates were uncontrollable, targeting the Royal Navy and other British ships. The most notorious pirate of all time is Blackbeard, featured in the fourth instalment 'On Stranger Tides', and recorded in Johnson's contemporary account 'A General History of the Pirates'.

Blackbeard is recorded as Captain Edward Teach in 'A General History of the Pirates', however other sources also refer to the names Thatch and Drummond. It's possible that he may have used all of these names to avoid being caught by the Government.

Blackbeard originated from Bristol and according to 'A General History of the Pirates', he was recruited by pirate Benjamin Hornigold in 1716, and was given his own ship in 1717, taken from fellow pirate Stede Bonnet, which he named the 'Revenge'. His reputation as the most fearsome of pirates began shortly after, when he captured a 250 ton French slave ship, something which had never been done before. The 'La Concorde' was renamed 'Queen Anne's Revenge' and became Blackbeard's flagship. In 1718, Blackbeard accepted a King's pardon and settled in Bath, North Carolina, reportedly marrying the daughter of the Governor Charles Eden.

"Blackbeard's cruel and often sadistic treatment of his several wives involved sharing them with his crew..."

Blackbeard was known to have several wives and treated them poorly, sometimes sharing them with his crew. His cruel and often sadistic treatment of his many wives is recorded by Johnson along with his many adventures inland and at sea. Being a successful pirate meant creating an image which would strike fear around the world, and after shooting a member of his crew in the leg in a tavern he is reported to have said "That if he did not now and then kill one of them, they would forget who he was". He also placed lit matches in his hair and beard, causing many who saw him to believe he was Satan. (The matches were slow burning cords used to fire early muskets and cannons.)

Lieutenant Robert Maynard of the Royal Navy was also enlisted to kill Captain Teach. Maynard led an illegal invasion force and after a bloody sword fight killed Blackbeard at Ocracoke Island on November 22, 1718. He then placed Blackbeard's head on the Bow of his ship and sailed back to Bath town to show everyone that Captain Teach was dead.

Captain Charles Johnson's 'A General History of the Pirates' contains an in-depth insight into the world of the pirates with chapters dedicated to the most famous pirates of the Eighteenth Century, and is now available as a reference book on TheGenealogist. The book provides any known details, such as where they were from and tells the story of each pirate. It also includes lists of crew members and whether they were pardoned or executed. Some entries show the age of the person, where they were from, and there is also a name index available.

The actor Orlando Bloom plays Will Turner, son of pirate 'Bootstrap' Bill Turner in the film "Pirates of the Caribbean: Dead Man's Chest". Looking into his ancestry on TheGenealogist.co.uk, we can trace his family tree back to a Joseph Benbrick Foley. Foley is recorded on the census records in Middlesex as bring a ship broker and even had his own fleet of ships in later life. The Will of his father Jesse Foley is recorded in the PCC Wills, and refers to all of his children including Joseph Benbrick.

Joseph Foley in the Census

Robert Maynard's Will, recorded in 1750, is also available in the PCC Wills collection with his profession recorded as Captain. The beneficiaries of the Will include his mother Ann, widowed sister Margaret Mitchell and her children, the widow of his deceased brother Thomas, his daughter in law Elizabeth Judson and friend Thomas Gee. As there is no mention of a wife or son, we can assume that 'daughter in law' perhaps refers to an adopted daughter or ward.

The real Pirates of the Caribbean...

Maynard's ship was also named the 'Pearl' which is mirrored in 'Pirates of the Caribbean', with Captain Jack Sparrow's ship named 'The Black Pearl'. There are other factual elements to the films, with Blackbeard a significant character in the fourth film 'On Stranger Tides'. The ships and weapons used in the films reflect those used during the period and the wreck of the Queen Anne's Revenge has recently been discovered in the Caribbean. Hector Barbossa is pardoned in the fourth film and shown working instead for the King's Navy as a privateer.

Many pirates were pardoned, and it offers similarities to the life of Benjamin Hornigold, who changed sides following his pardon and hunted down pirates under the employment of Governor Woodes Rogers. The second film 'Dead Man's Chest' owes its title to the song in Robert Louis Stevenson's Treasure Island, but there is also a 'Dead Chest Island' in the British Virgin islands, which Blackbeard was supposed to have marooned several of his crew members on for mutiny and inspired Stevenson's song. In the film, Captain Jack Sparrow was also marooned on an island by his crew. 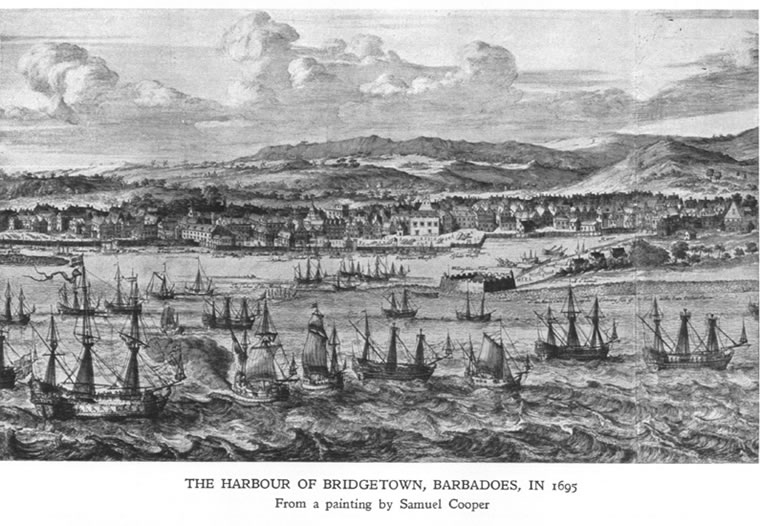 Many pirates started off as ordinary mariners and were employed by their Government as 'privateers'. Privateers were 'legal pirates' authorised to deliberately attack enemy ships during periods of warfare, and were permitted to keep whatever cargo was being stored on the ship. Sir Francis Drake was engaged as a privateer in the Sixteenth Century, and was so successful in destroying Spanish ships that he was knighted by Elizabeth I in 1581. The Spanish on the other hand labelled Drake a pirate, so the term itself is often used loosely depending on which side you were on. Once the period of warfare ended, the privateers found themselves out of work and many turned instead to piracy.

The period of piracy highlighted in the film 'Pirates of the Caribbean' followed the War of Spanish Succession (1701 to 1714), when pirates dominated much of the area. Woodes Rogers, from Poole in Dorset, was made Governor of the Bahamas by George I, and given the task of liberating the colonies from pirate control. Rogers arrived in Nassau in 1718, and a royal pardon was offered to all pirates who retired from their activities. His aim was to divide the concentrated groups that had taken over the Caribbean islands, and he largely succeeded with many pirates forced out to other areas of the world, where they were more easily defeated.

The Will of Woodes Rogers, dated 1729, can be found in the PCC Wills collection on TheGenealogist, where he leaves the majority of his wealth and estates to his 'beloved son and daughter' William and Sarah. Although his occupation is recorded as 'Esquire' there are also many mariners that created wills, which were recorded at the Prerogative Court of Canterbury. The PCC Wills on TheGenealogist have over 50,000 entries for people whose profession is recorded as 'mariner'. Thousands more are also recorded under Royal Navy occupations, and there are even entries for privateers. The PCC Wills are available to all Gold and Diamond Premium subscribers.

Despite his success in resolving the piracy issue, Rogers was removed as Governor and imprisoned by debtors in 1722 for the loans which he had taken out to re-build and defend the colony. His reputation was restored following the publication of 'A General History of the Pirates' in 1724, his Governorship was restored and he was awarded compensation by the King.