Seb Coe - Who Do You Think You Are?

Sebastian Coe, former athlete and politician is the latest to take part in the WDYTYA? TV series for 2011.

Sebastian won four Olympic medals for middle distance running, including two Gold medals. One in 1980 and the other in the 1984 Olympia games for the 1500 metres, and set eleven world records in the middle distance events. After retiring from athletics, he served as a conservative MP in the 1990's and received a peerage in 2000. He headed the bid to bring the 2012 Summer Olympics to London, and following this success became the Chairman of the London Organising Committee for the 2012 Olympic Games.

Seb is a member of the East India Club, a private Gentlemen's Club in London, and owns a string of heath clubs, and follows a range of sports including Football and Boxing as well as Athletics.

Lord Coe was born Sebastian Newbold Coe in 1956 in Chiswick, London and is the son of Peter Coe and Tina Lal.

Seb was coached by his father Peter (Percy N Coe) and studied at Loughborough University. His first major win was in 1977 at the Spanish indoor championships held in 1977.

As well as a strong family bond with his father, there was also a unique professional relationship between coach and athlete, as Peter Coe was a constant presence at key events and training sessions.

It is believed that Sebastian's father Peter was born Percy Newbold Coe but used the name Peter in dedication to his younger brother who died as an infant. 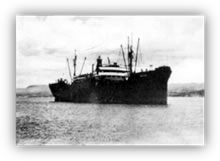 Peter Coe was a keen club cyclist and joined the Merchant Navy just before WW2. He was one of the few survivors onboard the A D Huff after it was shelled by the German Battle Cruiser 'Gneisenau' and sunk in the Atlantic.

He was picked up by a German warship and later transferred to a prisoner of war camp, although he escaped en-route with a Canadian prisoner and managed to reach Spain, where they spent six months in prison presumed dead, before returning to Britain.

Peter Coe sadly died in 2008 whilst Sebastian was at the Beijing Olympic Games.

Athletics seems to be a family tradition, as Seb's paternal great-grandfather, Henry Newbold, and his daughter Rose were also recorded on the census records as Professional Gymnasts.

TheGenealogist.co.uk provides access to census records for England and Wales from 1841 to 1901 with 1911 being added throughout this year. Using our unique and flexible search tool, the Keyword Master Search, you would be able to search by occupation alone across all available census records and other transcribed datasets such as BMDs, Wills, Military and Electoral records.

There also appears to be other talents in Seb's history as his maternal great-grandfather, Edwin Swan was an Irish Artist, born in Ballyragget. After his studies at the Academie Julian in Paris, Edwin and his brother Cuthbert Edmund Swan, also an artist, returned to England and settled in Camden Town. Cuthbert is recorded at Camden Road Studios on the London 1905 Kelly's Post Office Directory.

Directories are a useful resource for locating ancestors between census years and many provide residential listings as well as details of occupations. Directories are a available to all Gold and Diamond subscribers on TheGenealogist.co.uk.

Edwin Swan married Gwendolyn Davies Hyde-Clarke in 1904 and it's through this family line that Seb discovers his links with the slave trade and sugar plantations of Jamaica, which will be explored in detail in WDYTYA?

A copy of George Hyde-Clarke's Will in 1824 is available on TheGenealogist.co.uk in the PCC Wills collection. The Will is eleven pages long and demonstrates the wealth the family held in the plantations. Wills are an invaluable source of information for family history researchers as they include details of many family members. The Wills have been transcribed by name, place, occupation and date of Will and Probate, with access to the original images.

The Clarke family can also be found on other unique record sets available on TheGenealogist.co.uk including the 1600-1700 Persons of Quality from Great Britain to America, an early passenger list of people travelling to the colonies and plantations in America. They are also found in books from the Peerage and Heritage collection such as The Book of Dignities - Rolls of the Official Personages of the British Empire 1649-1846.

The WDYTYA? episode will be following the Hyde-Clarke line to America and Jamaica to find the extent of their involvement with the plantations.

George Clarke listed in 'The Book of Dignities'