An Introduction to Directories

An important resource in tracing ancestors, we look at the man behind the popular Kelly's Directories...

Directories are both a research tool and a valuable insight into the lives of our ancestors and what governed them. They can be an important resource in tracing ancestors, particularly if they had a distinctive trade. They can be used as a census substitute for years prior to 1841 or after 1911, and to provide information on their whereabouts between census years. 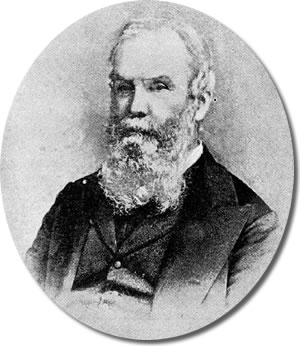 Pigot directories start around 1820 and cover the major professions, nobility, gentry, clergy, coach and carrier services, taverns and public houses of the areas. Entries include the name, trade and address. Slater directories tend to be larger than the Pigot's and cover the 1850's in a similar manner.
Watkins directories of London are more comprehensive and show residents street by street giving more detail, such as occupations. Bulmer directories have a larger history section than others, normally before the directory information.

Kelly's directories often show residents. There are sections on each major town and surrounding villages, with a history of the area in a great deal of detail as you would find in a gazetteer. Information on the main trades, the chief landowners, the coverage dates of parish registers and even the type of soil can also appear. In the later Kelly directories, more detail is given on residents.

An Interview with Festus Kelly

The red covers of Kelly's "Post Office Directory" are so familiar to all of us, that particulars as to how the great annual volume is compiled may be interesting. For about forty years, it was an official publication, under the control of the General Post Office, and compiled by their employees.In 1844, the late Mr Frederic Festus Kelly undertook the work as a private venture.

His relative, Festus Kelly, who supervises the compilation of this popular directory, explained how the information is gathered and put together. "Each year, we have canvassers to whom various districts are appointed", Kelly continued. "These commence to visit the streets allotted to them about the last week in July. They carefully note any changes, or insert new occupiers' names on slips of last year's Directory. They thoroughly study their district in this manner, and send in the results of their survey about the last week in September."

"We need about seventeen tons of type"

Once collected, the slips are collated and prepared for press, before the canvassers revisit the districts and add any changes. Work can then start on the Official and Parliamentary sections. You would think that there would be a number of obstacles to stop you obtaining this information, but Kelly insists that this isn't difficult. "After a General Election, the new members' names and addresses can be procured from the Gazettes. If an address is not forthcoming, the House of Commons does not cause much labour. The 'Official' details are supplied to us mostly from headquarters."

With a Directory as extensive as this, the number of people involved is also huge. Kelly explains that they have around 200 people which are directly concerned in completing the book on time, and a huge amount of type is needed. "Roughly speaking, we need about seventeen tons of type for the production of this last edition, which you will see contains 2858 pages of 'Directory' matter, independent of the numerous advertisements."

Once printed, they are sent all across the world. "We send a large number to the Colonies, to the United States, and all over Europe. We annually set apart sheets of the 'Directory' for binding in a certain style, for the use of her Majesty the Queen. Then all the public offices take a large quantity, and museums, libraries, banks are, of course, good customers."

Click here to read the full interview with Festus Kelly. 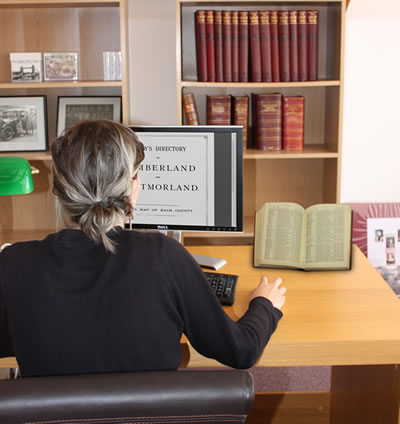 As directories are such a valuable source of information for family historians, the books (such as Kelly's Post Office directories) have now been digitised and made available online at TheGenealogist.co.uk and on CD at GenealogySupplies.com.

There are a number of ways you can search these digitally enhanced directories - they are fully searchable by keywords (name, street, trade, etc), bookmarked by major headings, or you can browse through page by page.

Click here to find out more about directories on TheGenealogist.