One of the greatest film stars of all time... 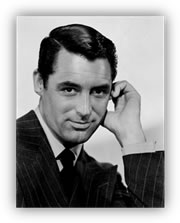 Included in the 1911 census releases this month is the famous actor Cary Grant, aged 7 and living with his parents in Bristol. The British born actor was ranked 2nd in 1999 of the 100 greatest film stars of all time, nominated five times for a Golden Globe and twice for an Academy Award. The 'Grant' family tree provides a true rags to riches story from poverty stricken origins in a Bristol workhouse to the glamour and wealth of Hollywood...

Cary Grant was originally born Archibald Alexander Leach on the 18th of January 1904 in Bristol, the son of Elias Leach and his wife Elsie Kingdon.

His grandfather John Leach, born in 1842 is recorded as a potter on the 1881 census on TheGenealogist. After marrying Elizabeth Leafe in 1865, they went on to have 10 children and created the family life that he never had. Tragically, John died in 1890 at only 48 years of age. His widow Elizabeth echoed her husband's ambition and became a tailoress to support her large family. Two of her sons followed her into the industry, with the eldest John recorded on the 1891 census as a tailor's cutter and Elias is shown on the 1901 and 1911 transcripts as a tailor's presser.

Elizabeth Leach & family on the 1891 Census

Known as 'Archie', Cary Grant's childhood was also far from ideal. Although not as impoverished as his grandfather, his mother suffered frequently from depression caused by the death of a previous child. When he was 9 years old, his father Elias placed her in an institution and told his son that she had gone away on a long holiday. Sadly, Archie believed his mother was dead until he was 31 years old and found her in a care home.

"His childhood was far from ideal"

When he was 10, his father had remarried and placed Archie in a boarding school. Feeling as though he had been abandoned whilst his father created a new family, he was expelled from the Fairfield Grammar School in Bristol in 1918, and ran away to join the Bob Pender Stage Troupe as a juggler and stilt walker.

The company went on tour in America in 1920 and Archie left with them at the age of 16. He enjoyed the tour so much that he decided to stay in America and continued developing his career on stage.

He appeared in various shows, comedies and musicals, appearing on Broadway under the stage name of Archie Leach, before travelling to Hollywood to start a film career. He was signed up by Paramount Pictures, and instructed to change his name. He initially chose Cary Lockwood, which was the name of a character he had played on Broadway in the show 'Nikki', but this was rejected and he was instead given a list of suitable names to choose from. He finally settled on the surname Grant, thinking that the initials C G had proved lucky for other actors such as Clark Gable. 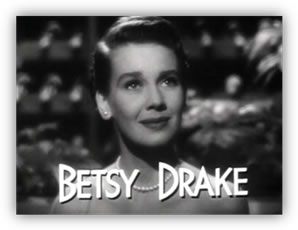 Although enjoying initial success with Paramount with films such as 'She Done Him Wrong' and 'I'm No Angel' in 1933, he was then cast in a string of unsuccessful films and decided to leave Paramount. When his contract came to an end in 1936 he went over to Columbia Pictures. With Columbia, Grant achieved real stardom, becoming famous for roles in romantic comedies and starred in four Alfred Hitchcock films. His film career spanned three decades from the 1930s until he retired in 1966, nominated five times for a Golden Globe and twice for an Academy Award. Although he did not win any of the nominations, he was given an honorary Oscar in 1970, presented by Frank Sinatra.

Grant's personal life was not as successful as his film career, with five marriages and four divorces. He married his first wife Virginia Cherrill in February 1934, who divorced him the next year. His second wife was Barbara Hutton, one of the richest women in America. They were married in 1942 and divorced three years later, but remained life-long friends. His third wife was the actress Betsy Drake, and they were married on Christmas Day in 1949, starring in two films together before divorcing in 1962.

Grant had his first and only child with his fourth wife Dyan Cannon. They were married in 1965 in Las Vegas and their daughter Jennifer Grant was born in February 1966. Their marriage was possibly his worst and they had a bitter divorce in December 1966 followed by a ten year custody battle over their daughter. It was the birth of his daughter that had prompted Grant to retire from acting. He wanted to provide his daughter with stability and a secure family life that he had never enjoyed. His fifth and final wife was Barbara Harris, a British hotel PR agent, who was also 47 years younger. They were married at home in 1981 with his daughter's blessing and remained together until Grant passed away in Iowa in 1986, aged 82.