John Bishop - Who Do You Think You Are?

Not the only entertainer in the family...

John Bishop completes this year's line up of celebrities taking the journey into their past on BBC's 'Who Do You Think You Are?' and discovers that he's not the only entertainer in his family.

John was born in 1966, the youngest of four children, to labourer Edward Bishop and his wife Kathleen Hackett. The family lived on a council estate in Runcorn where John dreamed of being a professional footballer. He eventually became a semi-professional footballer for Southport FC but never made it as a pro. Instead he settled for life in sales and joined a pharmaceuticals company. He married his wife Melanie in 1993 and had 3 boys, and seemed (on the surface) to have the perfect life. However in his 30's, John became depressed and his marriage began to fall apart. He stumbled into a comedy club in Manchester one night looking for a quiet drink, and soon discovered his real passion. He quit his job at the pharmaceutical company and aptly named his first comedy show "Stick Your Job Up Your Arse". 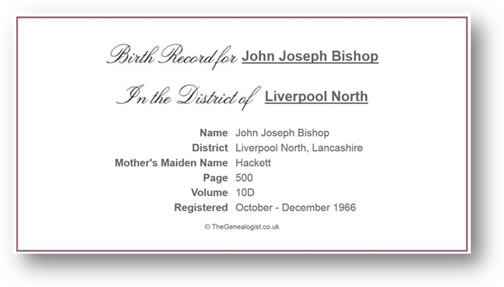 You can find John's marriage to Melanie and also his parents on the complete marriage transcripts from 1837-2005 available on TheGenealogist. The SmartSearch feature also allows you to link directly to all children born to the couple: 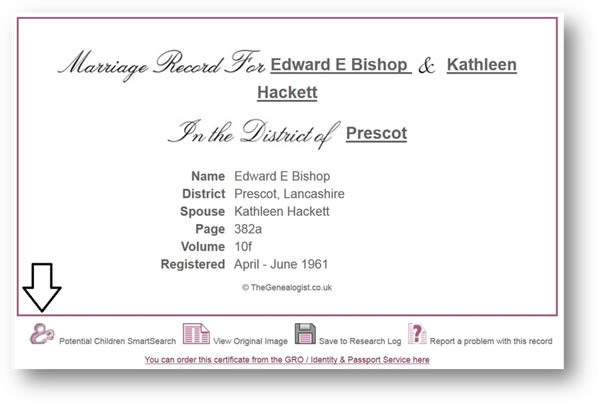 John and siblings on the birth transcripts, now complete on TheGenealogist from 1837-2005

On his mother's side John is very much the 'scouser', with all his great grandparents born in Liverpool. On his father's side, John has links further afield with great grandparents born in Hampshire and Cumberland. The TV show in particular will be taking a look at John's family outside of Liverpool, with his great great grandfather Charles Bishop recorded on the 1861 census as a Vicar in Sussex, but had a dramatic career change of his own, and is recorded on the 1891 census In Lancashire as a 'Music Vocalist': 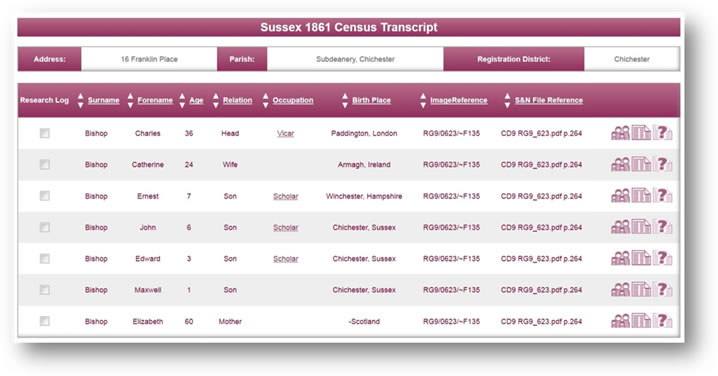 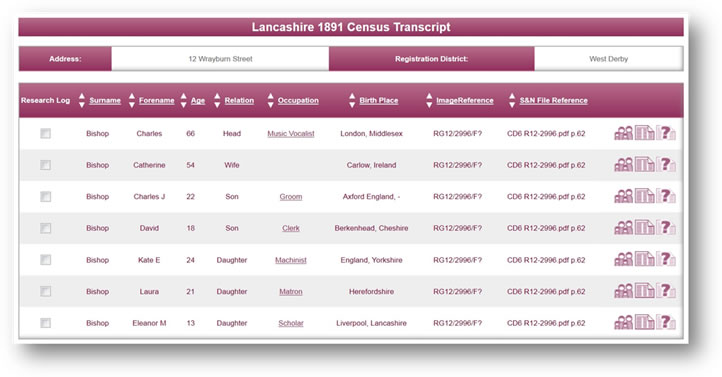 John's Hampshire family may have links to Portsmouth and the Royal Navy, as we see his great great grandfather Thomas Beaton on the 1881 Hampshire census as a Greenwich Pensioner, the Navy's equivalent of Chelsea Pensioners.