Sarah Millican - Who Do You Think You Are?

Discovering ancestors with a dangerous career, and an interesting link to marine diving.

Comedienne and writer Sarah Millican was born Sarah King in South Shields in May 1975. Millican won the comedy award for Best Newcomer at the 2008 Edinburgh Festival Fringe. She has since appeared and hosted a number of TV shows. Spending much of her life in South Shields, she now lives in Manchester. Her parents were Philip King (a mining engineer) from South Shields and Valerie Prince.

Here we see a copy of the birth record for Sarah Jane King in 1975. Sarah also has an older sister, Victoria, born in South Shields in 1969.

Sarah and Victoria's parents were married in 1965 in South Shields.

Philip King, their father, was born in 1942 to parents Arthur King and Ann Duffy in 1942. You can see a copy of Philip's birth record in the summer of 1942 on the right.

The paternal side of Sarah's family stretches back to John Malcolm, her 4 x Great Grandfather. He originated from the Orkney Islands and spent part of his working life in Canada, working for the Hudson's Bay Company in Canada, in the fur trade. The harsh climate of Orkney and the islander's reputation for sobriety and their boat handling skills made them ideal candidates for the rigours of the Canadian north.

Scotland's involvement with the Arctic fur trade, which can be traced back to 1683, 24 years before the Act of Union, was to last almost three centuries. A number of generations of Scottish people were to become employees in the service of the Hudson's Bay Company (HBC).

Sarah's maternal side also provides a link to an ancestor with an interesting element to their life...

Sarah's mother Valerie Price is the daughter of James Prince and Gladys Hoult. They were married in 1937. Here is a copy of Valerie's birth record from 1945. Valerie also has an older sister, Patricia, who was born in 1940.

James and Gladys were married in 1937 in South Shields. Gladys was born in Tyne Dock, Durham in 1910 into the Hoult family. Here we see the TreeView image of Sarah Millican's mother and grandmother.

The parents of Gladys were Willam Hoult and Catherine who were also residents of South Shields.

In 1911, William was a 28 year old 'Chemical Works Greaser' and the family lived in Jarrow on Tyne, South Shields. Gladys had an older sister, Mabel, as we can see from the record below.

Hoult family on the 1911 Census

William Hoult himself was the son of William and Florence Hoult who we find ten years earlier on the 1901 Census for Durham. William lives with his brother James, both as 'Apprentice Boiler Makers'.

Hoult family on the 1901 Census

Hoult family on the 1861 Census 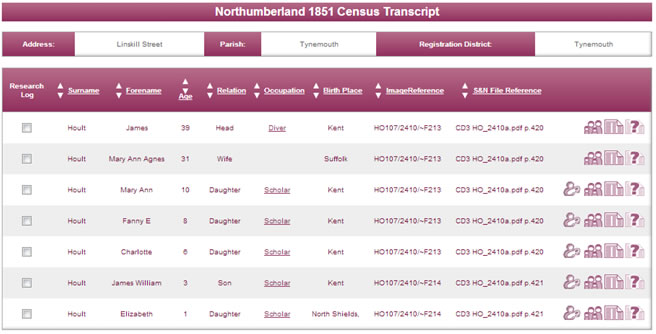 Hoult family on the 1851 Census

Their parents were William and Florence. William was an 'engine fitter' from North Shields. You can see the link on TreeView, from Sarah five generations back to James Hoult.

James was married to Mary Ann Agnes Hoult. James was originally from Whitstable, Kent, where William was born too. Mary Ann hailed from Suffolk.

To the right, you can see a record of the family in the 1861 Census with 2 year old William living with his siblings and parent James Hoult, who is a 'Mariner Diver'.

The family originated from Whitstable in Kent, the eldest three children were all from Kent before the family moved to the North East.

On the right they appear in the 1851 Census - James the diver is here with his wife 'Mary Ann Agnes'. She hails from Suffolk so we can assume James saw opportunities for employment up in the North East to move his family up to Tynemouth, where they then settled for many generations.

The profession that Sarah Millican's 3 x Great-Grandfather, James worked in was a risky one, exploring shipwrecks for possessions to be recovered. He was allowed to keep 40% of the value of the goods he recovered but it must have been a gruesome job at times, as well as dangerous.

However, he was not without his charitable side, donating much-needed funds to the orphaned family of one of the victims of the shipwreck he was exploring. 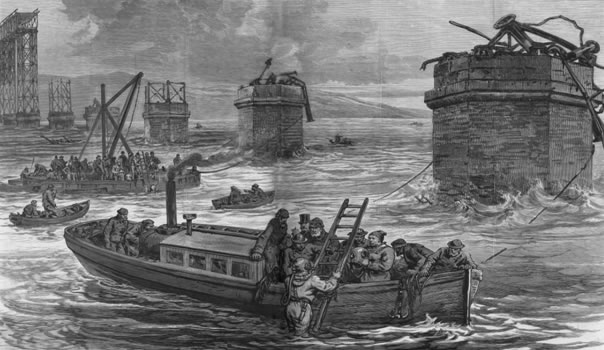 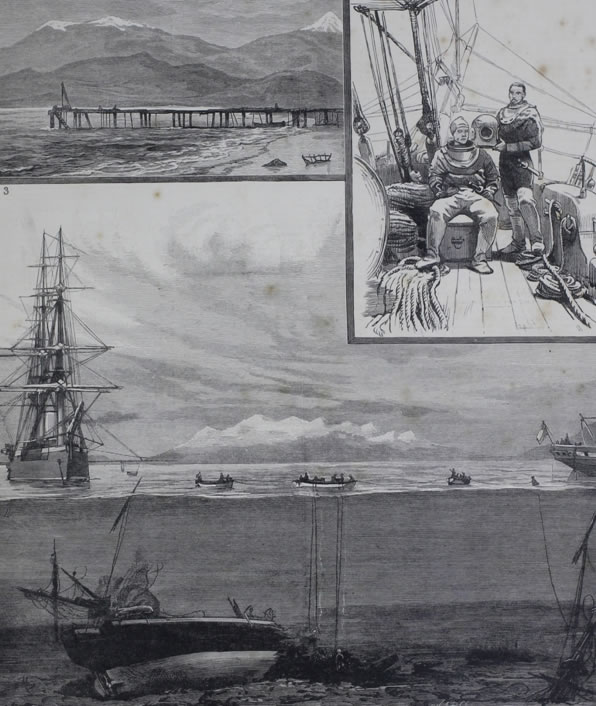 Here we see an image of the tricky and hazardous work divers would undertake, taken from the Illustrated London News in 1880.

James sadly died in 1867 at the comparatively young age of 55, from 'concussion of the brain'. We can assume the dangerous nature of his job finally took its' toll on one of the pioneers of sea diving at the time.

Sarah Millican overcame great personal stress with her divorce to move her career onto great success. Her ancestors James Hoult and John Malcolm both had to deal with difficult and often dangerous events in their working lives and this resilience to deal with tough situations seems a trait that has been passed through the generations. 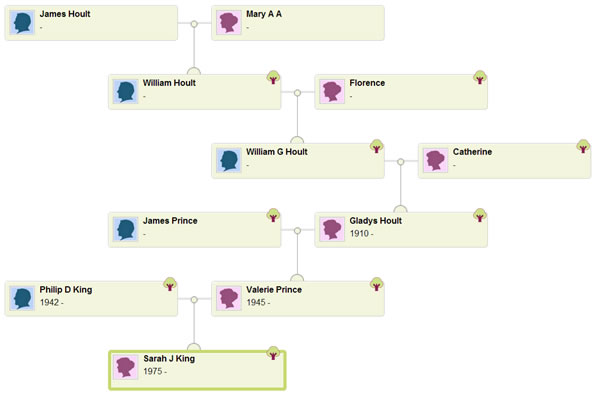