Brian Blessed - Who Do You Think You Are?

Brian has starred in many stage, TV and film roles, including many Shakespearean productions, the musical Cats, Robin Hood: Prince of Thieves and comic roles including Blackadder. In his youth he loved boxing and has climbed Mount Kilimanjaro in Tanzania. He holds the record for the oldest man to trek to the North Magnetic Pole on foot as well as exploring the jungles of Venezuela. 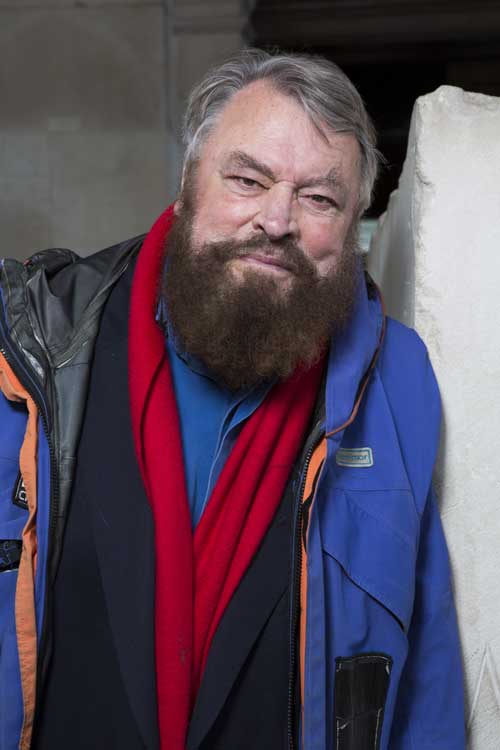 Here we find his birth record from 1936, on TheGenealogist.

William Blessed married Hilda Wall in Doncaster in 1930. William was a socialist miner, he was a coal hewer working deep underground, who suffered an industrial accident and was crushed whilst Brian was still at school. Brian had to subsequently leave school and became a plasterer. 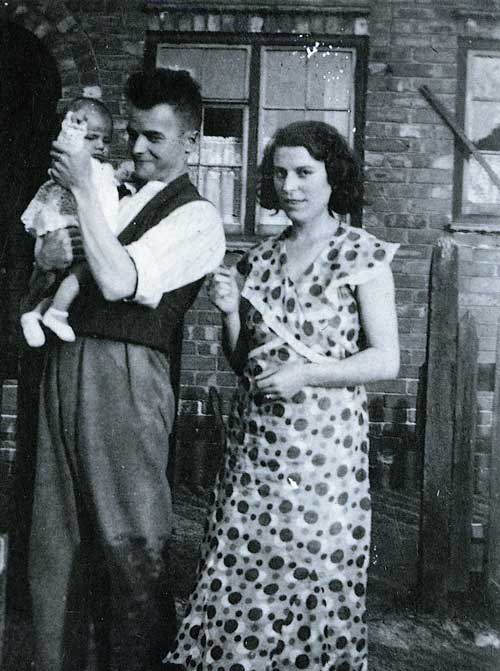 Here is a copy of the marriage record details for William Blessed and Hilda Wall from 1930.

William’s father George William Blessed was also a coal miner. He was born in 1880 in Yorkshire and can be found on the 1911 census on TheGenealogist living in Rotherham with his wife Alice, 3 young sons and a family boarding with them. George’s occupation is Coal miner and trimmer. 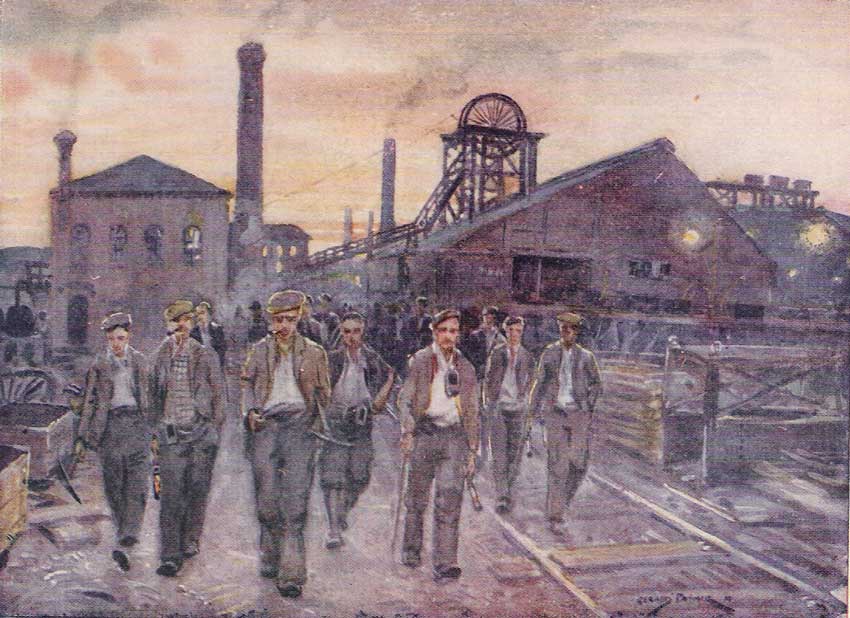 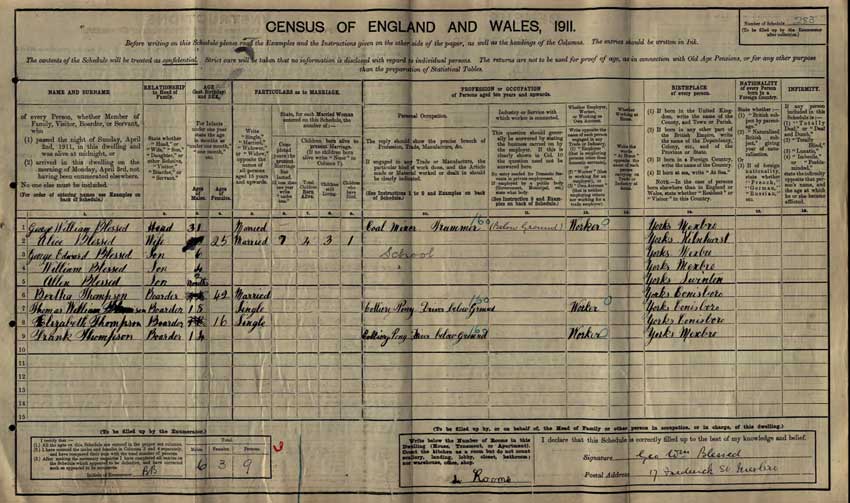 George married Alice in 1903 in Rotherham. 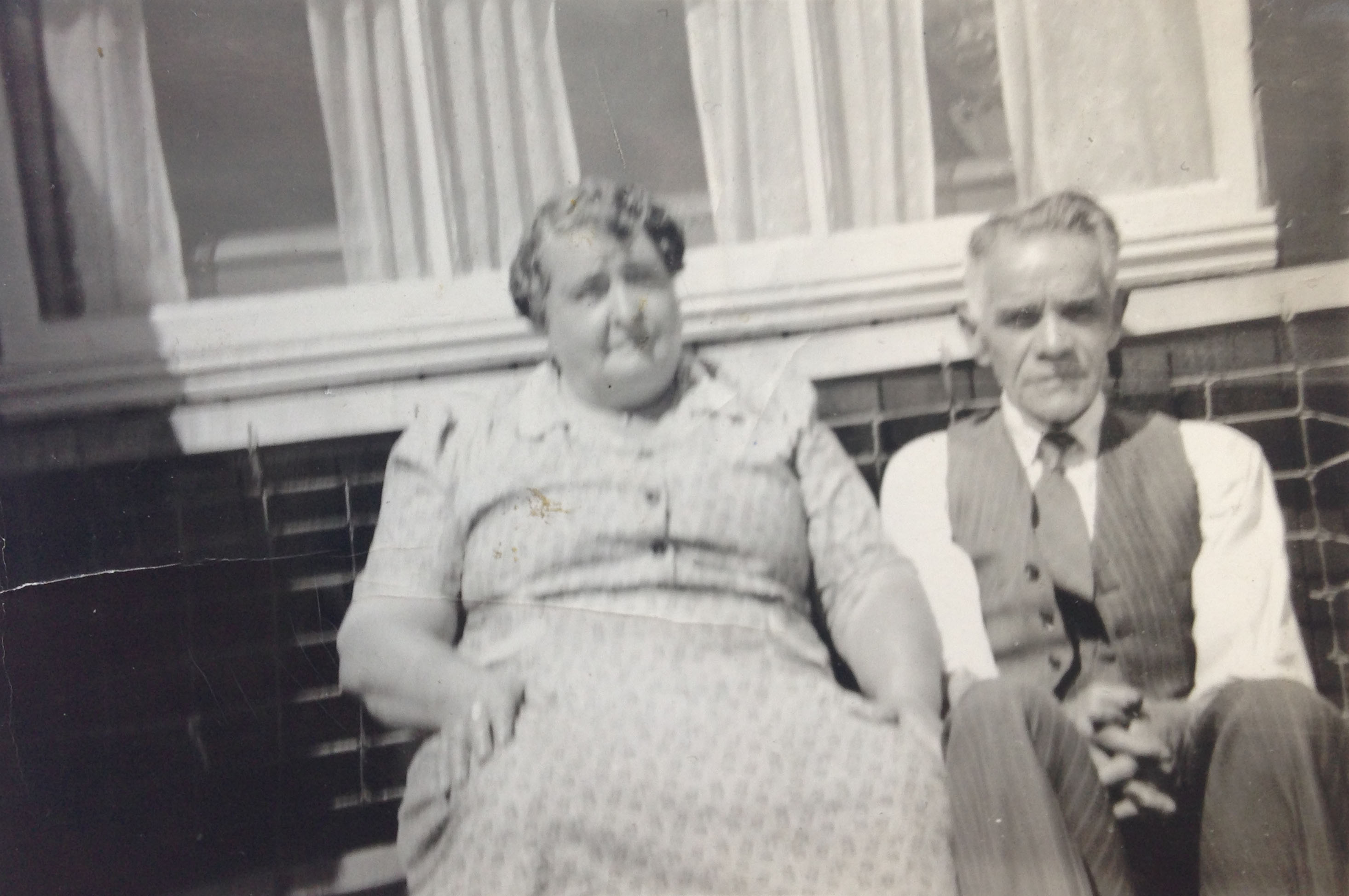 In the 1881 census, George Jabez Blessed and his wife Eliza are living with her relations in the Montague Buildings, Conisbrough. Their eldest child (and Brian’s grandfather), George William, is a young infant at this time.

George Jabez Blessed was the son of Jabez and Ellen Blessed. Jabez was a colourful character by all accounts, born in London and orphaned at an early age, he works his way up to become a successful salesman, in the 1851 census he is a ‘Glass & China Dealer’ no doubt working with his brother in law Thomas Hobsor who lived with the family and had the occupation of ‘glass hawker’ or salesman.

In the 1871 census his profession is entitled the slightly less glamourous ‘Peddler & Hawker’, but still shows he is a salesman, buying and selling goods. His wife Ellen lists her profession as ‘milliner’. 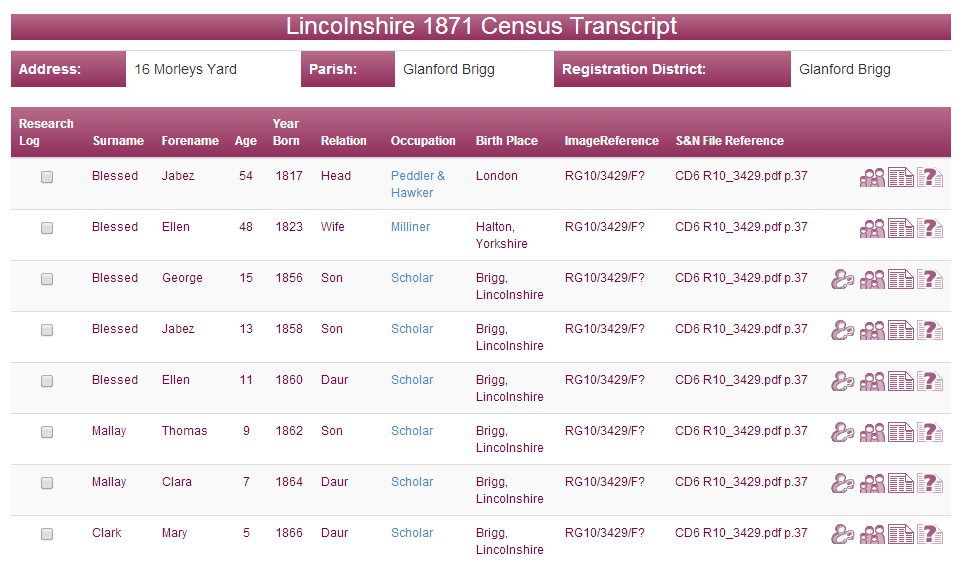 In the 1881 Census, Jabez is now married to Sabina.

Looking through the Deaths & Burials records on TheGenealogist, we find Ellen, his first wife, sadly died in 1875 aged 52.

However, the following year, Jabez marries Sabina Johnson in Lambeth as seen on TheGenealogist:

Jabez himself dies in June 1890 aged 73, and is listed in the death record indexes on TheGenealogist.

See the connections between his ancestors and the names behind the stories on TreeView, the online tree builder. Click here to view the Brian Blessed tree.