Derek Jacobi - Who Do You Think You Are?

From humble east end roots to rubbing shoulders with royalty on both sides of the Channel...

Sir Derek George Jacobi's story is one of equal contrasts. Though he is from working class roots in London, with a boot maker for a grandfather, as we delve further back in time we discover that his family are from much grander stock, one having mixed with Louis the Sun King until his religious belief had him imprisoned and he escaped to England.

Sir Derek's father, Alfred Jacobi, was descended from immigrants to England from Germany and became the manager of a department store. Derek was the only child of Alfred Jacobi and Daisy Masters, a secretary, and had an idyllic childhood. When he was just four years old, his parents took him to a pantomime performance of Cinderella at the London Palladium where Jacobi was one of several young audience members selected to go up on stage. He was in awe of the experience and so began his love of the stage. 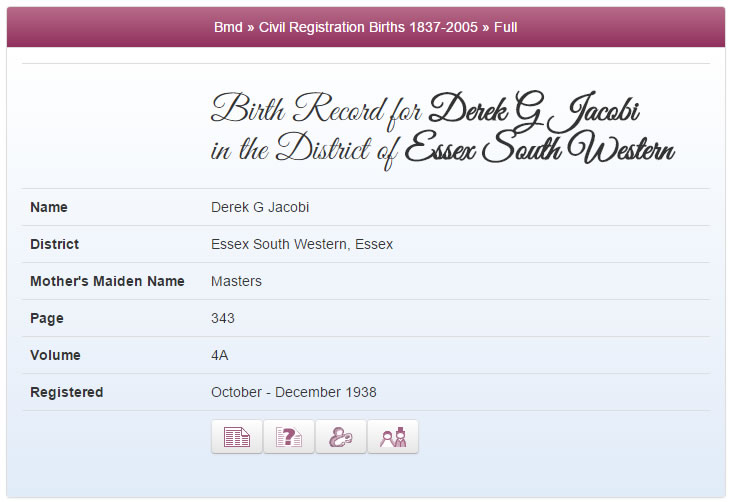 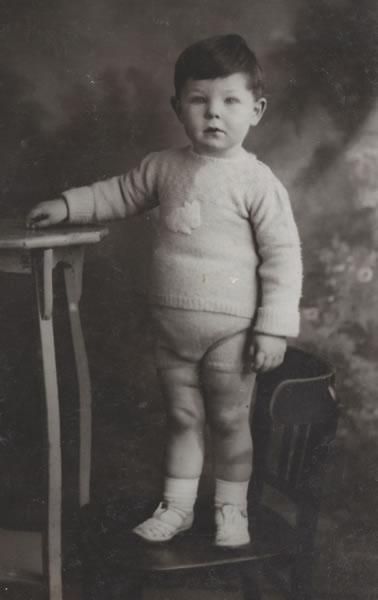 Derek Jacobi as a child

We can find his birth in the index records for the District of Essex South Western, which covered Walthamstow at that time. By using the one click link for 'Parent's Potential Marriage' from TheGenealogist's transcriptions, we are able to see that his parents had married two years earlier in 1936 and that they were named Alfred G. Jacobi and Daisy G. Masters. 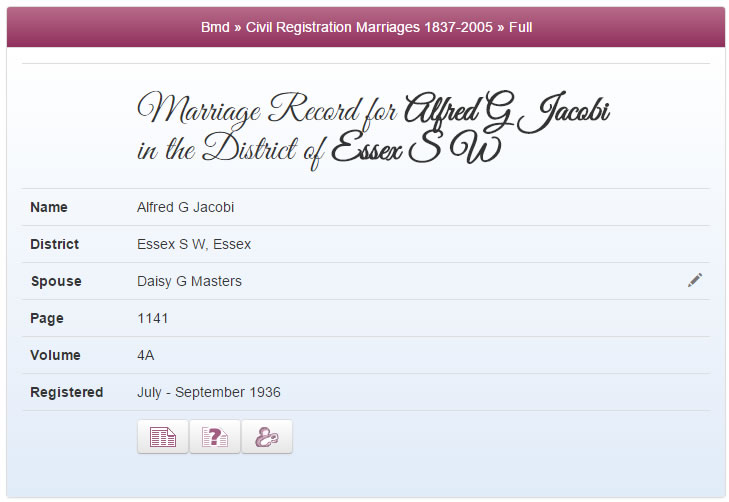 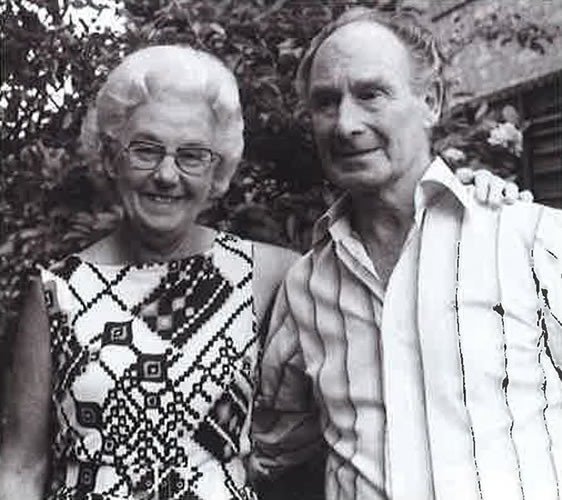 TheGenealogist provides easy access to census transcripts with its unique search tools and original images, from 1841 to 1911. With this resource we are also able to find that Sir Derek's grandparents lived at 21 Populars Road, Leyton where his grandfather, Henry William Jacobi, carried on the trade of Boot Maker. 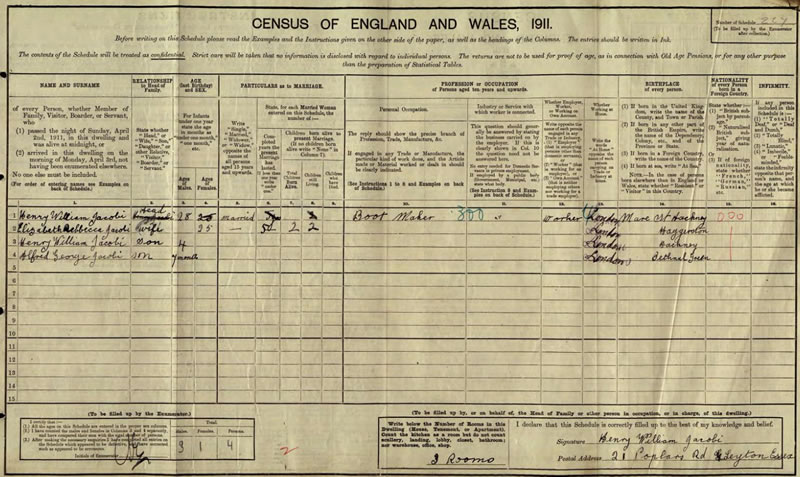 Sir Derek's grandfather's birth in 1883 had been registered in Hackney under the surname variation of Jacoby.

We have found that in 1901 the family name was still being spelt with a "Y" when we tracked the Jacoby's down to Bethnal Green. At that time the head of the household was Sir Derek's great-grandfather William Jacoby and he was recorded on the census as being a German Subject. 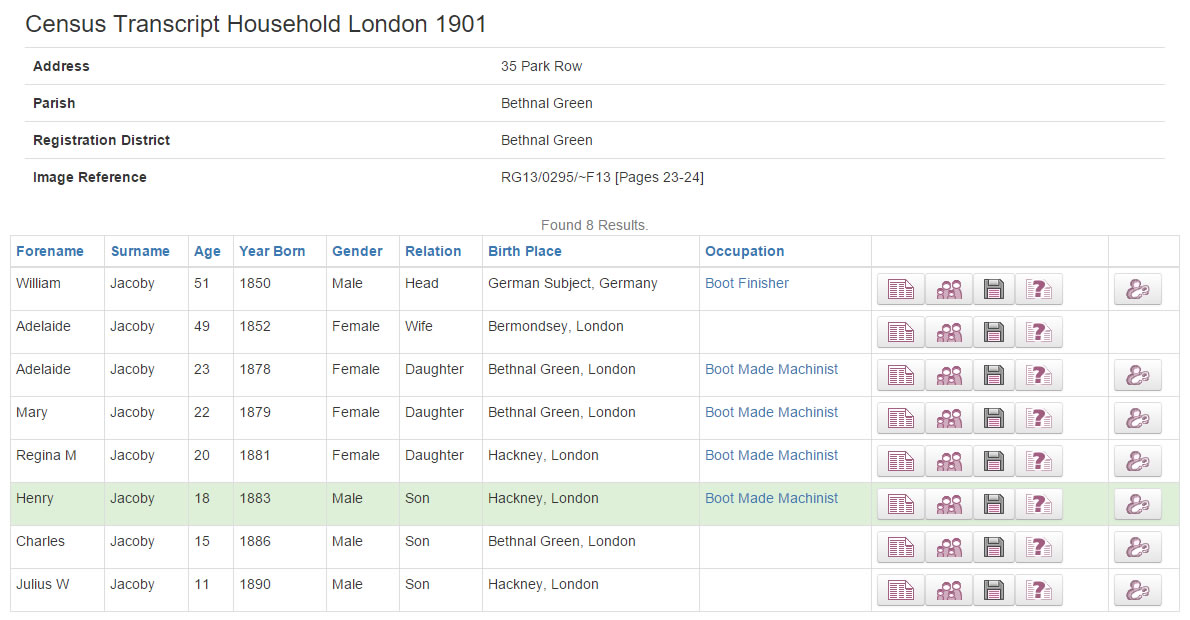 The Jacoby family in the London 1901 Census at TheGenealogist.co.uk

In contrast to this modest background further research has found that his ancestors have a connection to the court of the Sun King, Louis XIV of France. Sir Derek's ancestor was Joseph de la Plaigne, a financier and French Protestant from Bordeaux who had to conceal his religious beliefs from his monarch in order to remain in favour with the Catholic Louis XIV. In 1701 de la Plaigne was found out to be a Protestant and incarcerated in prison at Loches in the Loire Valley. Making his escape he, like many Huguenots, made his way to England.

In 1708, at the age of 70, Joseph de la Plaigne married Salome de la Bastide. We have found that the wedding took place on the 7th August at St. Mary Magdalene, Old Fish Street, London. Their son, Guillaume, was born soon after with his christening taking place on the 28th May 1709. The elderly Joseph died soon after this and we have been able to find his will in the Prerogative Court of Canterbury Wills collection on TheGenealogist where we can see the image of the actual Will that was lodged with the PCC for probate. In the document Joseph states that he was born at Bordeaux and was living in the Parish of St Anne's, Westminster. 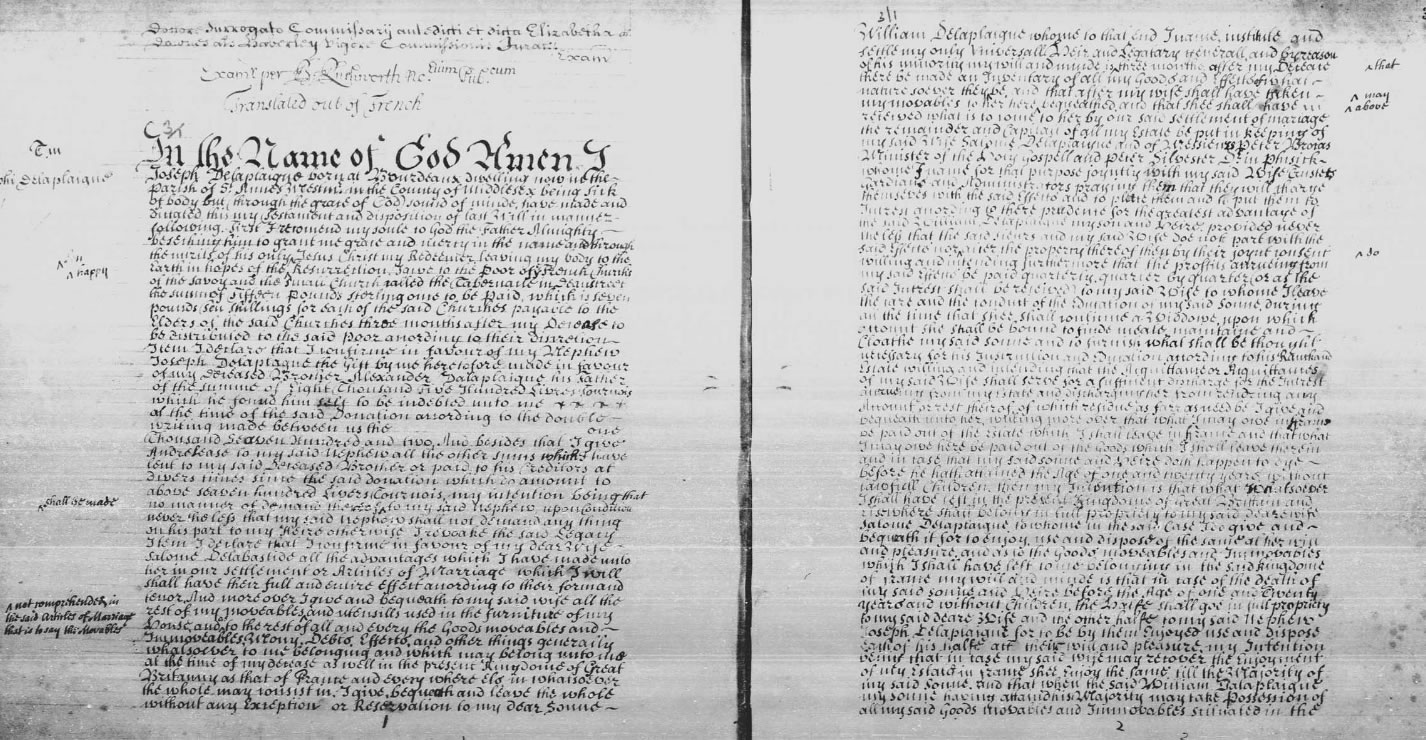 Joseph's son, Guillaume, eventually changed his name to a more anglicised version of both his Christian name and surname. Becoming a clergyman he was, by now, the Reverend William Lapain and private chaplain of the Duke of Devonshire. The Duke, also his godfather, was one of the number of nobles responsible for bringing the Protestant King William over from Holland to depose the Catholic James II.

Armande de la Bastide's will was granted probate on 21st January 1745 and in comparison to the others that we have found it is remarkably short in length.

Armande's son was Lieutenant-General John Henry Bastide (c. 1700 – 1770)  and was a British army officer and military engineer who played a significant role in the early history of Nova Scotia. Research has discovered that he was the chief engineer at both of the sieges of Louisbourg (1745 and 1758) and the siege of Minorca (1756). He was the Chief Engineer of the treasure hunt, as part of the British military involvement in the search for the mysterious hidden hoard on Oak Island, a desolate Atlantic Island off Nova Scotia. 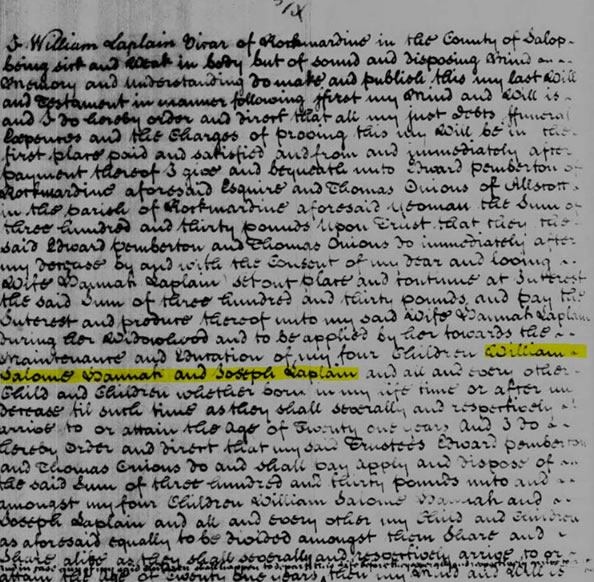 Researching the PCC wills on TheGenealogist we have also found the will for the Reverend. William Laplain, Vicar of Wrockwardine in Shropshire and son of Joseph and Salome de la Plaigne. It reveals to us the names of four of William's children, William, Salome, Hannah and Joseph, named after the parents and grandparents, and are names that appear often throughout the family tree.

From bootmaker to persecuted French Protestant financier who had once moved in the circles around Louis XIV of France, to a Horse Guard officer who had come to Britain to fight for William of Orange, and on to a clergyman who was the godson of the Duke of Devonshire.

On top of all this Sir Derek's family has another surprise in the TV programme – an unlikely connection to royalty on this side of the Channel.