So sickly he may have died...

TheGenealogist has released over 9.8 million fully searchable records for the registers of baptisms, marriages, banns and burials for Norfolk with images of the original registers. This makes it easier than ever to research your Norfolk ancestors, with some of the surviving parish registers reaching back as far as the early 1500s.

This fantastically rich resource for family historians is released in partnership with The Norfolk Record Office and includes the registers of baptisms, marriages, burials and banns of marriage which cover the majority of parishes in the Diocese of Norwich. 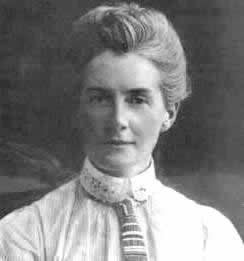 One of the famous Norfolk heros that can be discovered in this release is Edith Cavell, the First World War Nurse executed by the Germans for treason. Edith Louisa Cavell was born in the South Norfolk village of Swardeston and her baptism can be found in the register of Swardeston for February 1866 where her father was the vicar and performed the christening ceremony. With a single click we can see an image of the actual entry in the parish register.

Edith was motivated by her strong Christian beliefs that it was her duty to save the lives of soldiers from both sides in the war without discriminating against the enemy. Her downfall came in November 1914 at the age of 48. At the time, she was nursing in Belgium and after the Germans had occupied Brussels, Cavell began sheltering British soldiers and moving them out of occupied Belgium to the neutral Netherlands. She is reputed to have helped some 200 Allied soldiers escape and it was this for which she was arrested by the Germans. Accused of treason, she was found guilty by a court-martial and sentenced to death. Despite international pressure for mercy, including the Americans who were still neutral at this point, she was shot by a German firing squad at the shooting range in Schaerbeek, Brussels on the 12th October 1915. Her execution received worldwide condemnation and extensive press coverage.

Edith Cavell was immediately buried next to Saint-Gilles Prison, but after the War her body was brought back to Britain for a memorial service at Westminster Abbey. From there her coffin was transferred to Norwich by train and finally laid to rest at Life's Green on the east side of the cathedral. As an Order in Council from 1854 prevented any more burials in the grounds of the cathedral, The King had to grant an exception to allow the reburial of Miss Cavell. This daughter of a Norfolk vicar is now commemorated by The Church of England in their Calendar of Saints on 12 October, the anniversary of her execution. 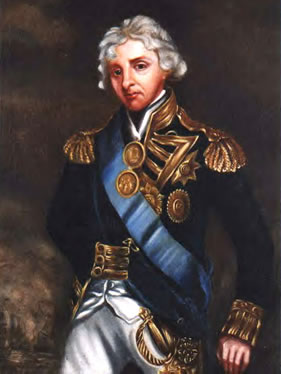 Another child of a Norfolk vicar, who was baptised by their own father, was Horatio Nelson. He would grow up to become perhaps Britain's best known naval hero of all time. In Nelson's case it was in the the village of Burnham Thorpe on the North Norfolk coast in 1758.

Vice Admiral Horatio Lord Nelson, who famously lost his life at the Battle of Trafalgar, was the son of an impoverished clergyman and can be found in the register for Burnham Thorpe in 1758. There his father, as rector of the parish, would have officiated at all the baptisms that year in this church and so we can find his name appearing at the bottom of the page to signify this.

By clicking on the link in TheGenealogist's records we can see an image of the actual parish register that reveals the young Horatio Nelson was first baptised in a private ceremony in October 1758, just a week after being born. He was then given a second "public baptism" in the middle of November of the same year. This practice was carried out for sickly babies who were not expected to survive and begs the question of how different British history would have been had he died as an infant. Fascinatingly, by looking at the actual image of the page there are some additions to his entry that have been penned in the margin years later. These notes, reputedly to be by his brother the Rev William Nelson, 1st Earl Nelson, celebrated the honours that his brother received in his adult life. He ends it with the latin quote "caetera enarret fama" which translates as "others recount the story".

Horatio Nelson's baptism in 1758, from the Norfolk Parish Registers on TheGenealogist