From telephone books to US Prisoner of War records

TheGenealogist has just launched a new collection of records...

When Alexander Graham Bell invented the telephone in 1875, Britain was a country that relied on the post office to deliver letters and telegrams distributed from post office to post office by telegraph machines. Having firstly been indifferent to the new telephone technology, by the 1900s the Post Office was now a major provider of telephone services. It operated alongside various independent telephone companies who were obliged to obtain 31-year licences to operate from the Postmaster-General. The Post Office took 10 per cent of their gross income from the other providers and also had the option to purchase a telephone enterprise at the end of a period of ten, seventeen or twenty four years.

TheGenealogist has just launched a new collection of telephone directories that, because they contain names and streets for subscribers, can be a useful aid to find ancestors who had a telephone. As to be expected, large business are early adopters of telephones but you can also find some private names and small businessmen who needed the phone to connect with their customers. As such, if your ancestor worked as a fishmonger, butcher, ironmonger or bootmaker, all these and more feature in the fascinating records. 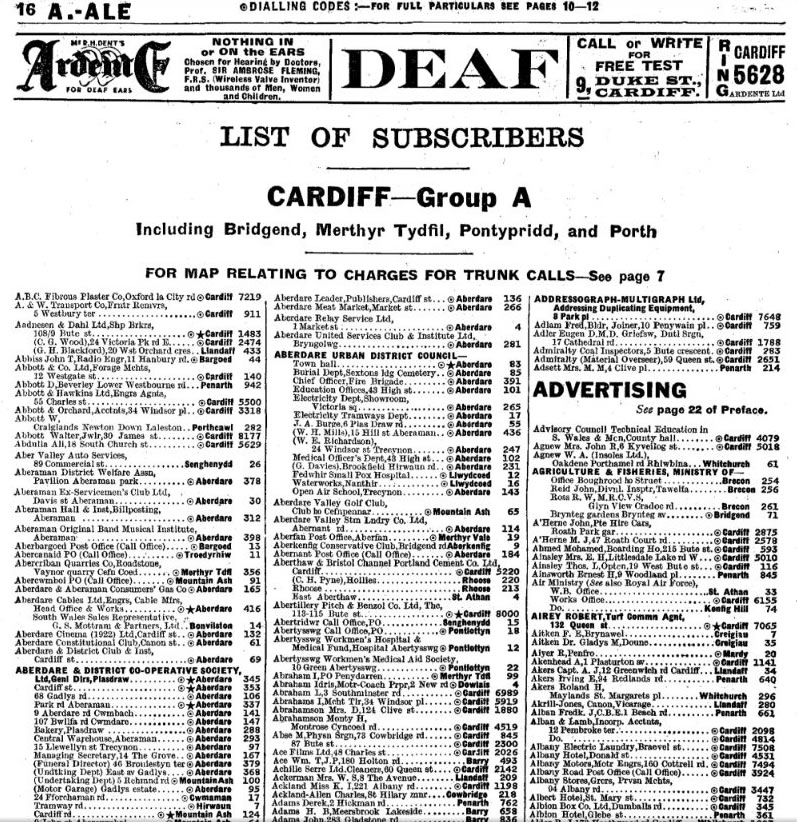 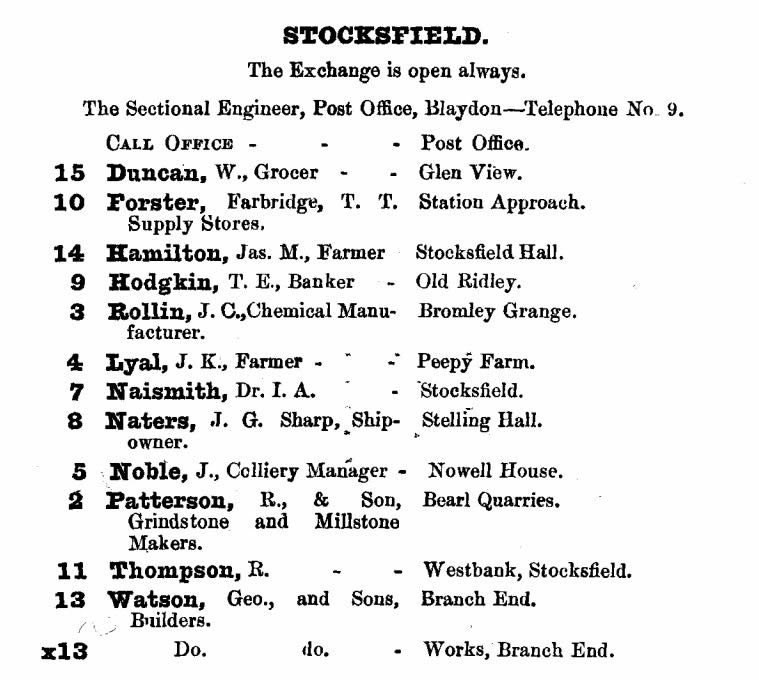 Complementing the early UK Telephone Directory from 1899-1900 that is already available on TheGenealogist, this new release includes the 1907 Post Office National Directory which adds a resource for finding names and addresses before the 1911 census. This directory was published at a time when the telephone was becoming more important to our ancestors. The Post Office's first coin-operated call box had been installed at London's Ludgate Circus just the year before, and Trunk telephone charges were reduced to half-price for telephone calls made after 7pm and before 7am.

In addition, TheGenealogist has released the 1938 South Wales District Post Office Telephone Directory. In contrast to the early directories, so many more ordinary people had become telephone subscribers and so the directories were by now split up into regions to cope with the large number of names and addresses.

TheGenealogist is also adding to its extensive military records with the United States WWII Prisoner of War records to compliment those already online for British and former Empire Prisoners of War of the Germans in WWI and WWII. These new records reveal the names of U.S. military as well as U.S. and some Allied civilians who were prisoners of war and internees. They cover the years 1942-1947 for prisoners of both Germany and Japan. The record for each prisoner provides such information as serial number, personal name, branch of service or civilian status and much more.

Searching these PoW records we can find Robert A. "Bob" Hoover, the former air show pilot and United States Air Force test pilot. Known as the "pilot's pilot", Hoover transformed aerobatic flying in his time and many in the world of aviation saw him as one of the greatest pilots ever to have lived. In the Second World War he was a fighter pilot. 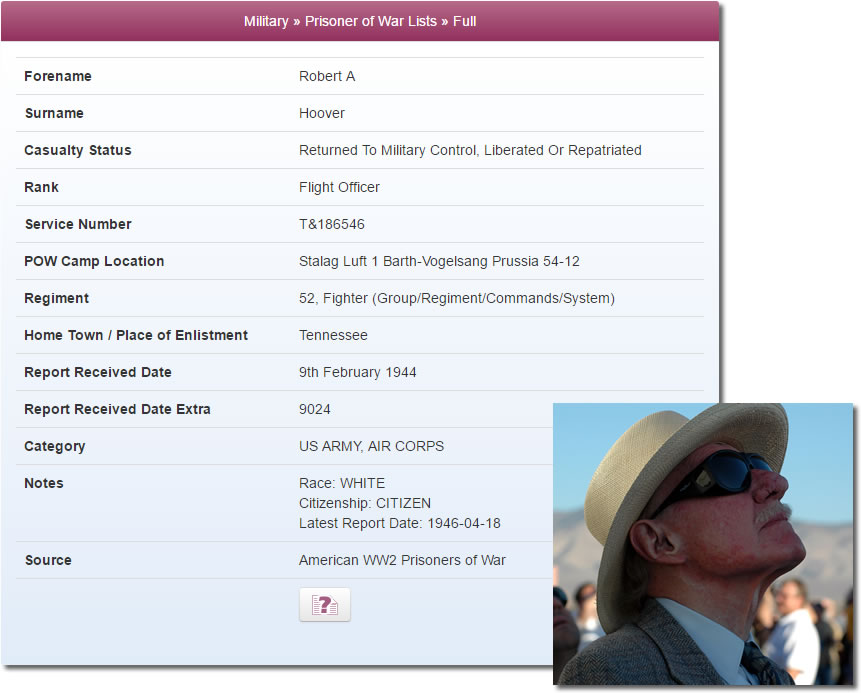 Robert Hoover in the records at TheGenealogist.co.uk (Robert A "Bob" Hoover photo by WPPilot via Wikimedia Commons)

During World War II, Hoover was posted to Casablanca where he test flew the assembled aircraft to ensure that they were ready for service. Later in the war he was re-assigned to the Spitfire-equipped American 52d Fighter Group in Sicily. In 1944, and on his 59th mission of the conflict, his malfunctioning Mark V Spitfire was shot down by a German plane off the coast of Southern France. Taken prisoner, he then spent 16 months at the German prison camp Stalag Luft 1 in Barth, Germany, which we can see from these new records on TheGenealogist.

Other records released this month include a further set of over 37,450 individuals in the Worcestershire Parish Records which have been added to the two million plus that are already online at TheGenealogist.