Danny Dyer - Who Do You Think You Are?

From a one time inmate of the workhouse to one of the most controversial figures in Tudor England...

The actor that everyone knows as the landlord of the Old Vic is cockney through and through. His ancestors, the Dyer family, have deep roots in the Poplar area of London that stretch back for generations. Danny himself was born in the East End on 24 July 1977 in the Newham district. His father Antony, a painter and decorator, had married Christine two years earlier.

Danny Dyer has said he hopes that he will "freak a few people out"1 with his family history. Looking at what we discover, this is quite possible. His ancestral story takes us from a tough working class family in the East End of London, to an unexpected lineage leading to the heart of the Tudor court, and then a most extraordinary royal ancestry.

The Dyer family have had long association working in the tough manual industries that are connected to the docks on the River Thames. Danny's grandfather, John D Dyer, was born in 1931 in West Ham as the youngest son of dock worker George Dyer and his wife Ethel neé Aldridge. George (Danny Dyer's great grandfather) went into the Royal Navy serving for three years between 1916 and 1919 as a stoker based in nearby Chatham in Kent2.

On leaving the Navy, George returned to working in the London docks as a labourer and he would probably have been earning a basic living throughout the 1920s and 1930s. George and Ethel May Aldridge had married in 1920 in St Paul's Church, Old Ford, Poplar.3

We can find George in the 1911 census living under the same roof as his father Edward, a boilermaker's labourer aged 60, and his 58 year old mother Jacoba, from Holland4. Although the census reveals that they occupied just three rooms, there were five of them crammed in together in this household. The parents had their eighteen year old daughter and two teenage sons, sixteen year old Francis and thirteen year old George living with them. But this census also reveals that all in all their thirty-five year marriage had seen 16 children brought into the world, nine of which had died by 19114. We can also gather that Jacoba at some time went by the name Ann, as looking back to the 1901 census she is recorded as Ann, born in Poplar (probably an enumerator error), and in 1891 as Ann born in Holland4. 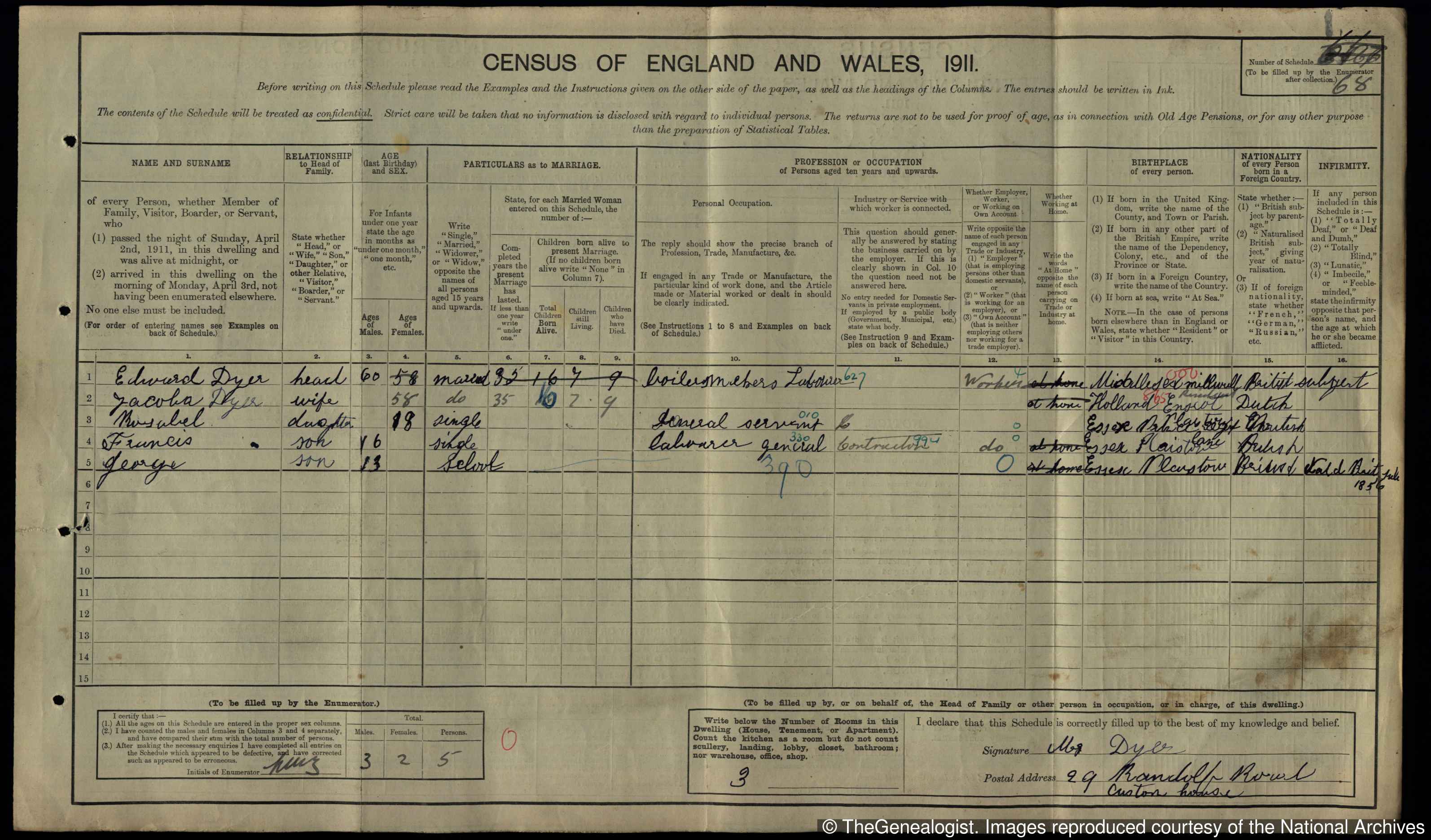 It is most likely that the Dyer family would, like many of their neighbours, have been struggling with poverty at this time. Danny's 2x great grandfather Edward Thomas James Dyer was born in 1850 in Poplar according to the birth indexes on TheGenealogist, the son of Edward William and Jane Maria Dyer. The younger Edward had not always been a 'boilermaker's labourer'. In 1901 he was recorded by the enumerator as a 'shipyard labourer'; while in 1881 he is listed as a 'labourer in an ironworks' and living at number 11 Elizabeth Place, Poplar - right next door to the rest of the Dyers at number 104. 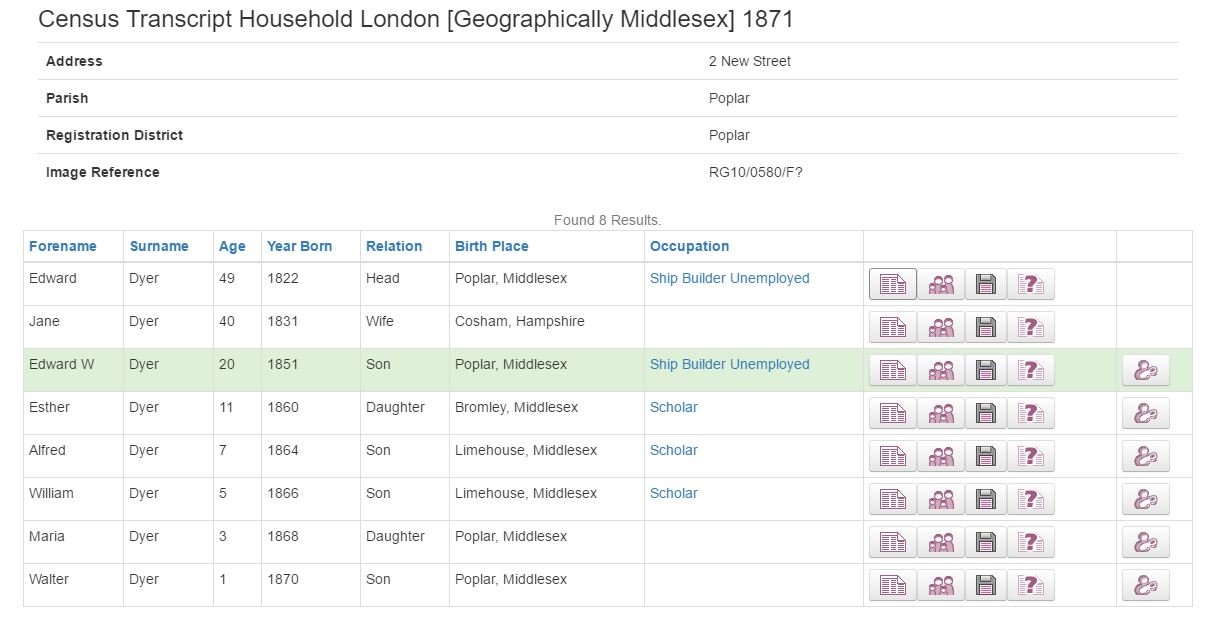 By the time of the 1871 census unemployment had hit Edward Dyer Jnr. and his father, Edward William. They were both recorded in this census as 'Ship Builder, Unemployed' and this change in status and jobs in the coming years illustrates just how industrialisation was hitting skilled men such as them with less positions being available for them.

The 1881 census is very confusing for family history researchers. At number 10 Elizabeth Place there is listed a 31 year old married son called Edward Dyer in the household of Edward and Jane Dyer. This son is noted down as a 'riveter for a railway company'. There is no sign of his wife. We have already traced back to find that Edward Thomas James Dyer was the son of Edward W and Jane Maria Dyer, neé Sparks, who had married at St George in the East in the second quarter of 1850 and so we would think that this son was Danny's 2x great grandfather. Yet we also know from the marriage records of Jacoba Dyer neé Heester that her spouse was also called Edward Thomas James Dyer and therefore must have been the Edward living at number 11 Elizabeth Place and listed as a Labourer in an Iron Works! This shows that information recorded by enumerators can get confused.

Two listings in the Census at TheGenealogist.co.uk for Danny's great grandfather at 10 and 11 Elizabeth Place, Poplar.

Returning to Danny's paternal grandparents, John and Joyce Dyer we are able to find that Joyce had been born as Joyce M L Rudd in 1931 Poplar. Joyce's mother's mother (Mary A Buttivant) was the daughter of a cigar maker from Mile End who had seen such hard times that at the age of 31 had been forced to go into the most feared of institutions for the Victorian poor, the workhouse.

Along with his wife Ann, we find them as inmates in the 1881 census at the Old Town Workhouse in Bancroft Road4. By the next census he was now recorded as a 'China picker' while Ann was a 'Washerwoman' - though at least they were out of the workhouse. If we trace Albert back to 1861 when he was a 9 year old in his parents' house, we find that they lived in Whitechapel as neighbours of the Royal Mint. Albert's father, Charles Buttivant, was a 'Cargo Clerk' who, having been born in Norwich, Norfolk in around 1805. Charles was employed in the Victualling Office that provided food to keep the Royal Navy fed.

Using the Norfolk Parish records on TheGenealogist we are able to find a baptism in September 1804 for Charles at St Michael At Plea, Norwich. His father was James and his mother was Ann. Ann Buttivant's maiden name, as we can see from the Norfolk parish registers on TheGenealogist, was Gosnold, a surname that gives us the first clue that Danny's tree may be heading towards the landed gentry. 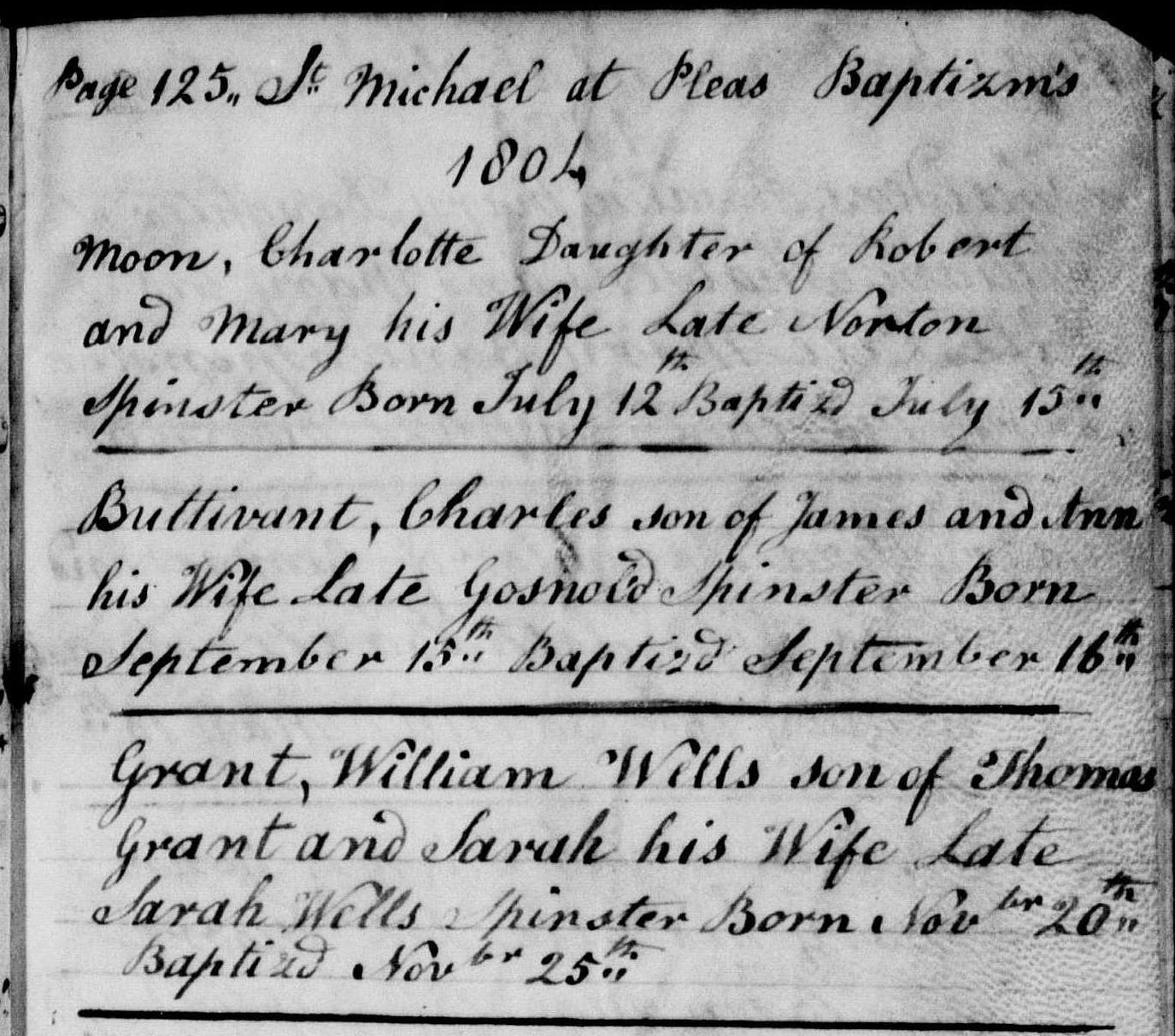 It appears that Danny's 5x great grandfather, James, was the Norwich manufacturer that was declared bankrupt in 1799, as found using the 1786-1806 List of Bankrupts with Their Dividends on TheGenealogist. Misfortune never being far from this family. 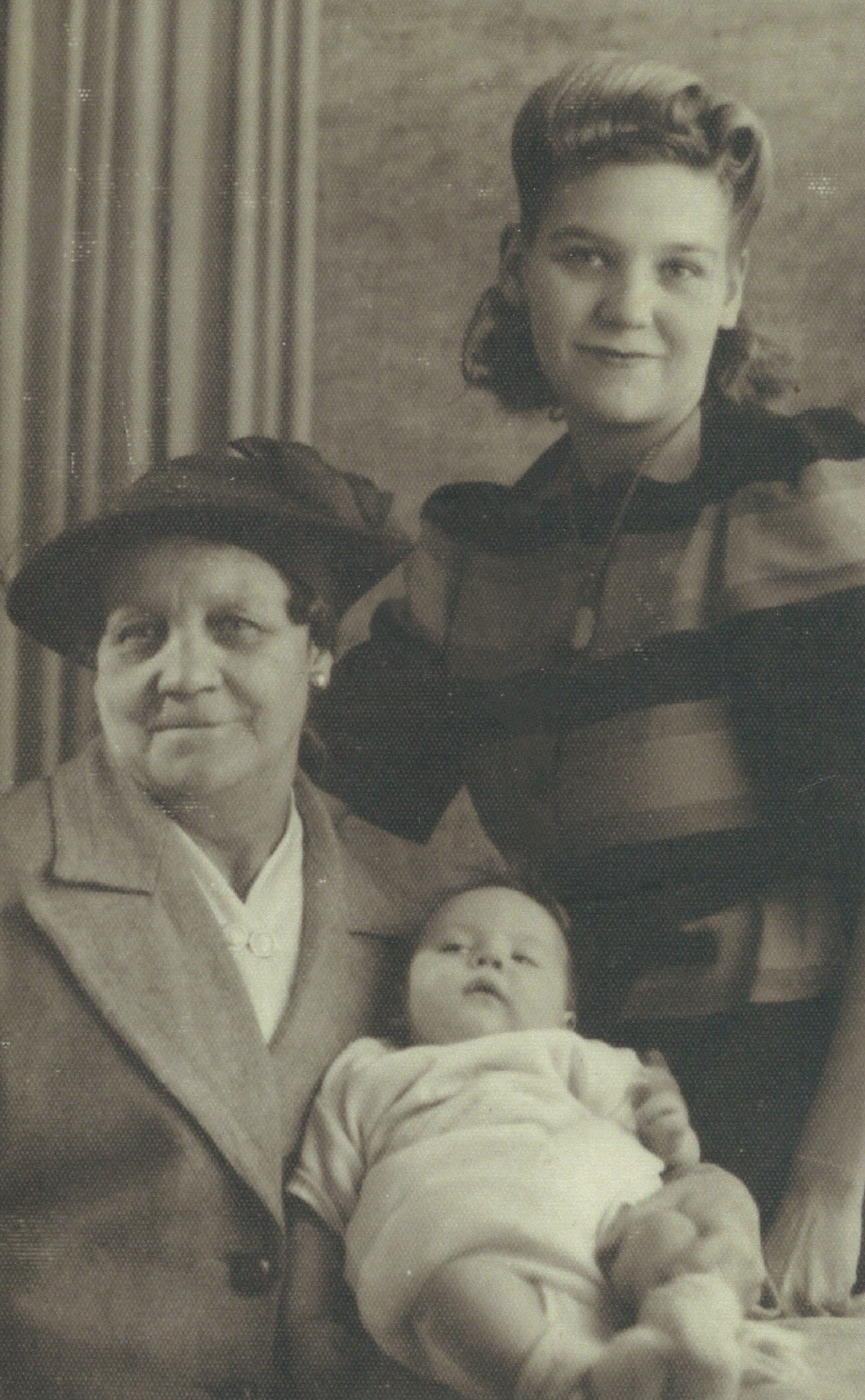 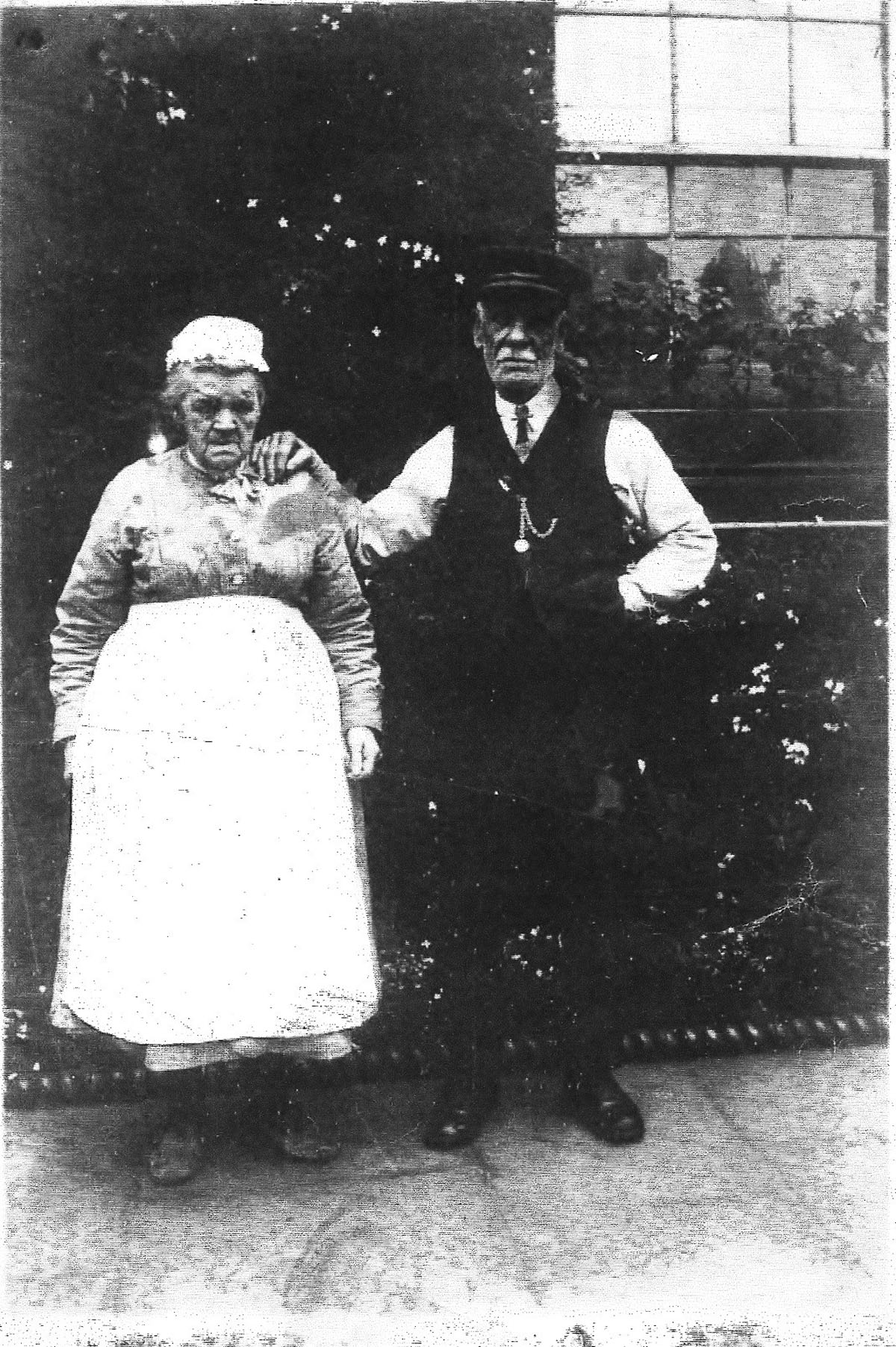 Researching further up Ann Buttivant neé Gosnold's tree we find links to a English Civil War Cavalier colonel and a present-day peer of the realm, Lord Tim Tollemache. On screen we will see Danny invited to his castle where their connection will be revealed. Ann was the daughter of Charles Gosnold (1727-1788) and tracing up this line to Danny's 10x great grandfather, we find Robert Gosnold (1587-1633), a member of the landed gentry with a coat of arms who married Ann Tollemarche. It is the Gosnold family connection that gives Danny a gateway ancestor into blue blooded ancestors.

Robert Gosnold fought in the English Civil War and was a fervent supporter of the Royalist cause. He fought a losing battle for King Charles I all the way up to the siege of Oxford. Robert's mother Ann (Danny's 11x great grandmother) had, however, married into the Tollemache family. It is here that Danny and Lord Tollemache share an ancestor, Ann's father Lionel Tollemache was married to Katherine Cromwell, the great granddaughter of Thomas Cromwell. 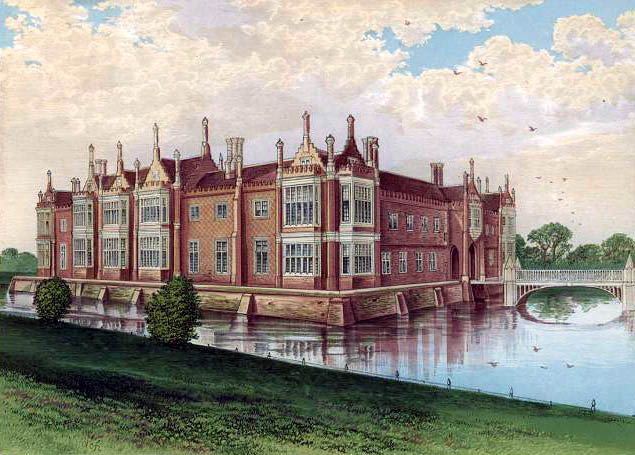 We can use the Peerage, Gentry & Royalty records on TheGenealogist to confirm Ann Talmache was married to Robert Gosnold of Otley in Suffolk.

Talmache of Helmingham in The Visitations of Suffolk at TheGenealogist.co.uk

Like Danny, who was born in the back streets of Newham and has risen to national prominence as an actor, Cromwell had been born in the back streets of Putney. Danny's 15x great grandfather had risen up to be the trusted adviser of King Henry VIII, raised to be the Earl of Essex, accused of treason, condemned to death without trial, and was eventually beheaded on Tower Hill on the 28th July 1540. Before his ignominious death, however, Cromwell had married off his son Gregory to Queen Jane's sister, Elizabeth Seymour (Danny's 14x great grandmother). With this link to the Seymours, and John Seymour's marriage to Margery Wentworth (mother of Jane and Elizabeth) who claimed descent from the blood royal, Danny's royal heritage is revealed. The Seymours, through the ages, have asserted a line stretching back to Edward III and from him to William the Conqueror.

This is a fascinating ancestry that goes directly back through a one time inmate of the workhouse to one of the most controversial figures in Tudor England and then, from Thomas Cromwell's daughter-in-law, the bloodline takes Danny Dyer all the way back to the Conqueror.