Since the 1911 census was taken, many properties in Britain's cities have been lost to us forever. London is a particular case in point where some of the landscape has been remodeled, in many cases out of all recognition. Whether because of German bombing in the Blitz, or property development in the years between, you may be at a loss looking on a modern map for where your ancestors lived or worked. Where once there were streets of small terraced housing, a plot may have been cleared for a block of flats or a massive office development. 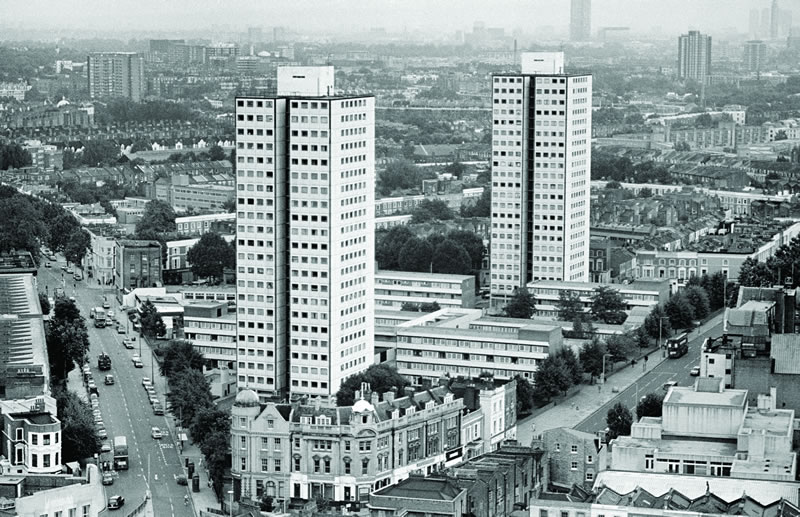 As London drew in many people from all over the country, many of us will have an ancestor that lived here in the first decade of the twentieth century. In some cases the roads that they lived on have been demolished as the area disappeared under large developments that had no reason to follow the ancient street layouts. Until now it has not been easy to trace where an ancestor actually lived when their street has been absorbed under a new building.

When searching for your ancestor, a link to a modern map is not much help when it seems to indicate that your ancestor's house was on the main thoroughfare, when their actual lane, court or road had been a branch off it. Some streets may also have been renumbered in the intervening years and so a modern map could pinpoint the wrong building when the number allocated had previously been issued to a different house. Using a map from the period will be better at pointing to the correct plot than a modern map will ever be.

TheGenealogist has launched a new set of records called The Lloyd George Domesday Survey, which provide a unique solution to this problem. By digitising a set of historic maps that are contemporary to the period, TheGenealogist allows family history researchers to pinpoint an ancestor's address on a highly detailed map that will zoom in to show the individual properties as they existed in 1910. These, together with their associated valuation books, are part of the IR 91 land tax records gathered in 1910 under the Finance Act (1909-10). Commonly known as the Lloyd George Domesday Books (but actually entitled the Duties on Land Values), these records will eventually cover the entire country with tagged maps that will reveal exactly where your ancestors lived. The books will also provide researchers with basic information relative to the valuation of each property, including the valuation assessment number, map reference, owner, occupier, situation, description and extent. To begin the project TheGenealogist are launching the City of London and Paddington maps along with the associated valuation books. 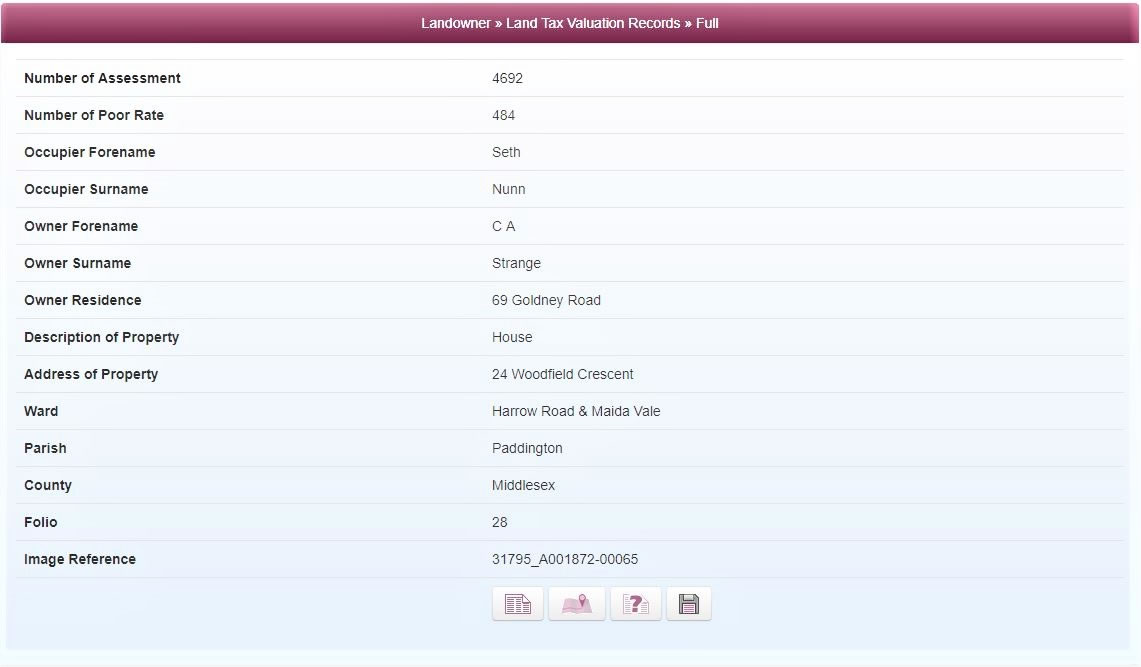 No longer to be found on a modern map

To see how this new resource will help you discover where your ancestors lived, let us look for a working man called Seth Nunn. According to the 1911 census he lived at 24 Woodfield Crescent, a road that can no longer to be found on a modern map. Seth was a China Packer and had been born in Pakenham, Suffolk in 1853. As a widower in his late 50s he can be found living in the area to the north of Paddington station in the Ward of Harrow Road. He and his Welsh wife Bessie had lived there for some time in one of the hundreds of terraced houses that provided accommodation to the thousands of people that migrated into the metropolis to find employment. 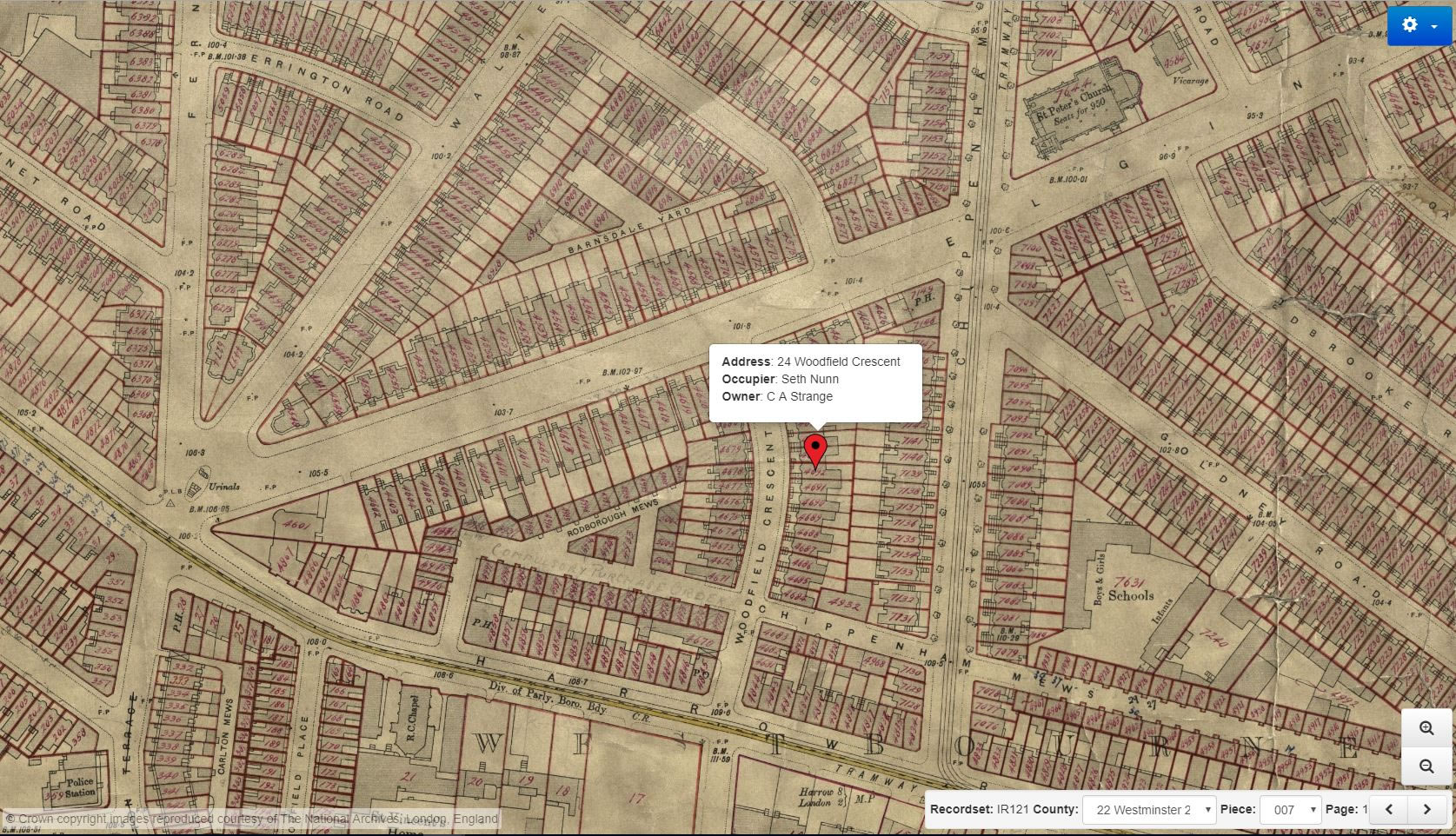 By searching the Landowner records on TheGenealogist we can find Seth Nunn as the occupier at number 24 Woodfield Crescent in a house owned by C A Strange. With a single click we are then able to see the property located with a pin on a five feet to a mile Ordnance Survey map. The historic map reveals each and every house annotated by the surveyors with a reference number to link the property to the details in the accompanying books. As the original map was part of a government tax gathering exercise, the location of an ancestor's house is going to be very accurately recorded and therefore must have been in existence at the time. Examining the historic map on TheGenealogist we can see that Woodfield Crescent is located in a triangular block of land bordered by the Harrow Road to the south, Elgin Avenue to the north and Chippenham road to the east. If we investigate the area today we will find that the whole triangular plot has been razed to the ground and a new development of low rise flats sits in it's place - some of which were built fairly recently, while others have been refurbished. 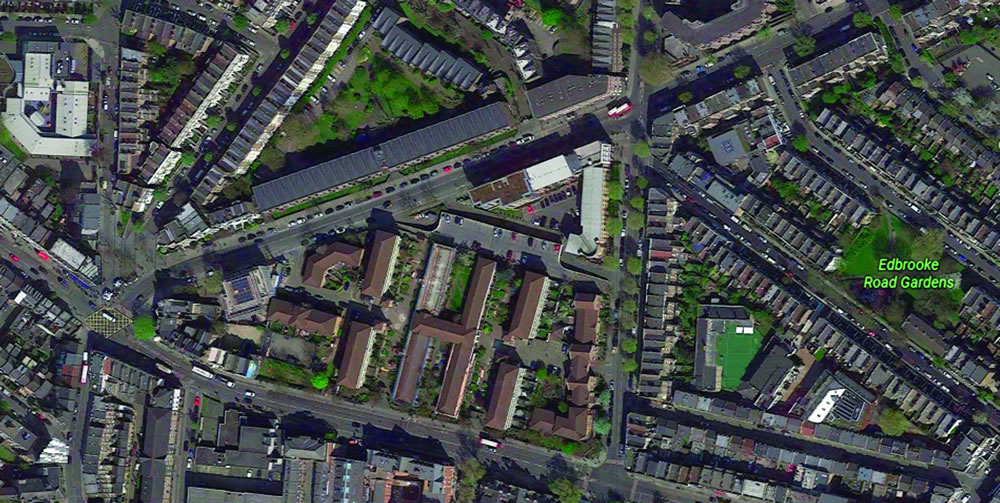 Redeveloped area in Paddington over what was once Woodfield Crescent. Image: Google maps

While Woodfield Crescent would have run directly beneath one of the H blocks, off present day Hermes Close, this is not the first regeneration Seth Nunn's neighbourhood had gone through. The whole area had been cleared once before and had played host to Chantry Point and Hermes Point, two twenty-two floor high-rise flats that were built in 1965 and then demolished in 1994. The houses that had once stood on the west side of Chippenham Road were all demolished in the 1960s, along with a major part of Chippenham Mews (the part that extended west into the triangle).

Zooming into the historic map shows us an annotation that had been made in pencil by an official. It reveals somewhat chillingly: Compulsory Purchase Order. Also no longer in existence today are the houses from Rodborough Mews that are identifiable in the 1910 survey, but had been subsumed into the 1960's site. At that time the name was retained to identify the towers and their surrounding low-rise blocks as the Rodborough Mews Estate.

You can zoom into the highly detailed OS maps to see annotations such as this one: Compulsory Purchase Order

This example is one of many areas that we can identify that have seen the Edwardian streets vanish from our landscape and our current maps. Our 1911 ancestors would certainly not recognise the topography today after its redevelopment twice in the last century.