A poet, a mathematician and a first class cricketer

Using the new Nottinghamshire Parish Records available on TheGenealogist.co.uk enables us to find details of the burial of George Gordon Byron, who is best known simply as Lord Byron the English poet, politician, and a leading figure in the Romantic movement. While living in Greece he became involved in the struggle for Greek independence from the Ottoman Empire and spent a lot of his own money on the cause. While preparing to attack a Turkish fortress, he became ill and never recovered, dying in Missolonghi on 19 April 1824.

Byron's body was embalmed in Greece and returned to England with the intention that it should be buried in Westminster Abbey. The Abbey, however, refused to accommodate this internment because of questions regarding Byron's morality. So it was that he ended up buried at the Church of St. Mary Magdalene in Hucknall, Nottinghamshire.

Buried beside him is his unusually mathematical daughter Augusta Ada. As the Countess of Lovelace, she was known for her work on Charles Babbage's proposed Analytical Engine. By using TheGenealogist we can see that both of them died at the relatively early age of 36. 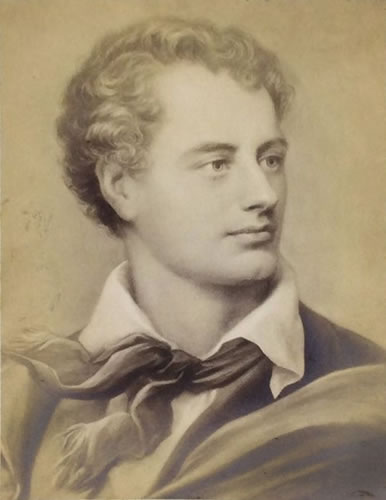 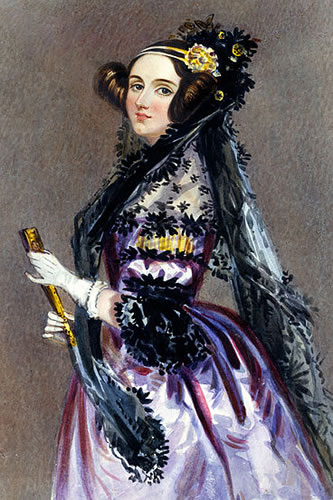 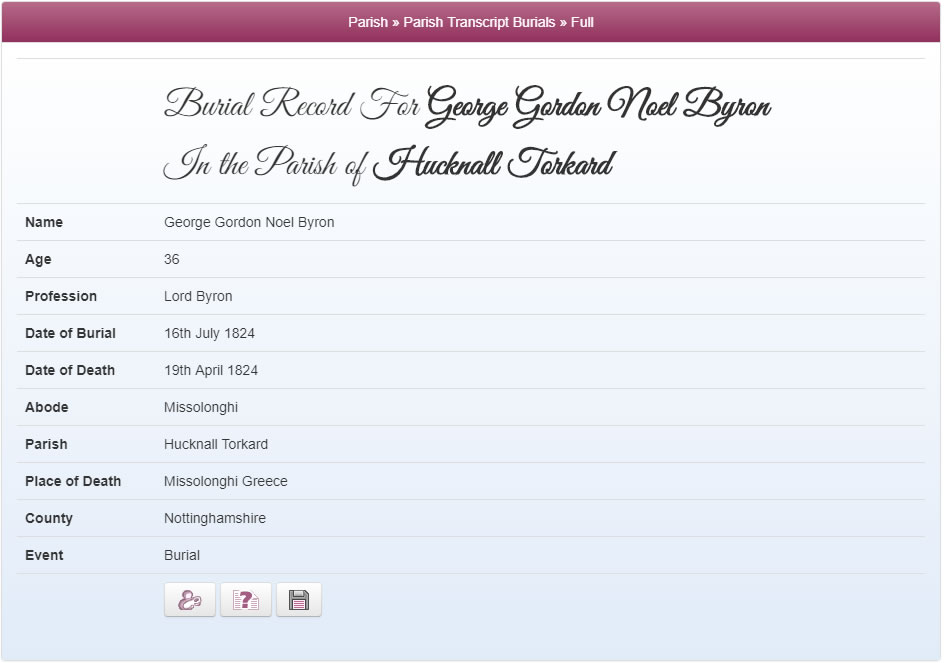 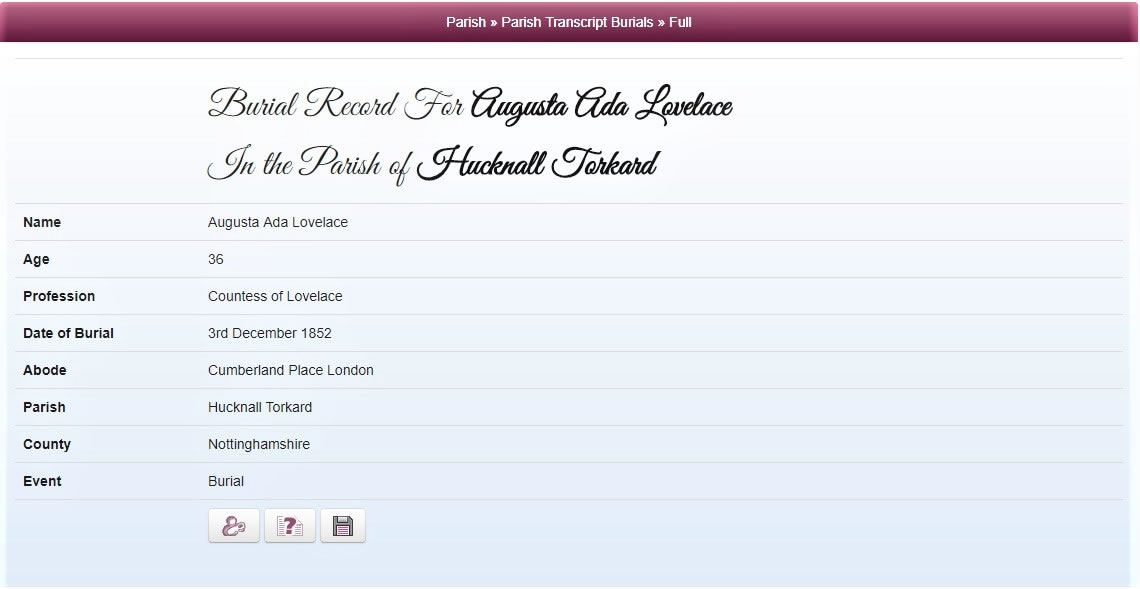 Burial of Ada, Countess of Lovelace

Our next example, in contrast, lived until he was 82; but it is his baptism and birth that we can easily discover with this new resource - in spite of them being four years apart. Amos Hind was born on the 1st February 1849 and then baptised on 3rd April 1853. By clicking on the SmartSearch icon we can then click through to find the date of his parent's marriage as being in 1848. From the record of this marriage for John Hind, a Stockinger (textile worker), and Hannah Morley we can see that John shared the same occupation as Nathan Hind his own father. Meanwhile this same transcript reveals that Amos's maternal grandfather was Samuel Morley. 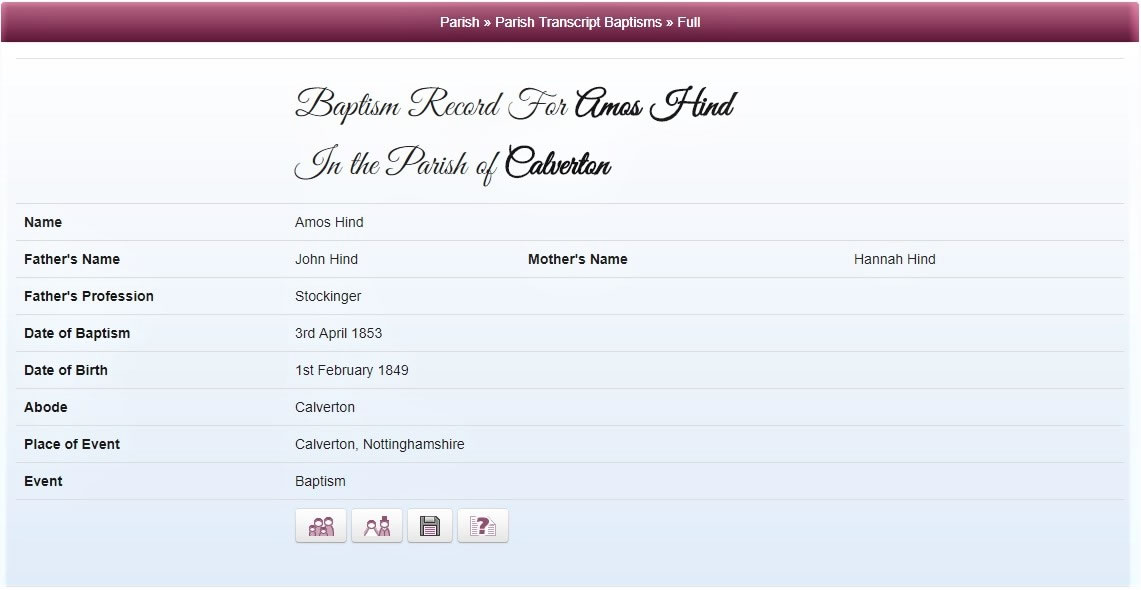 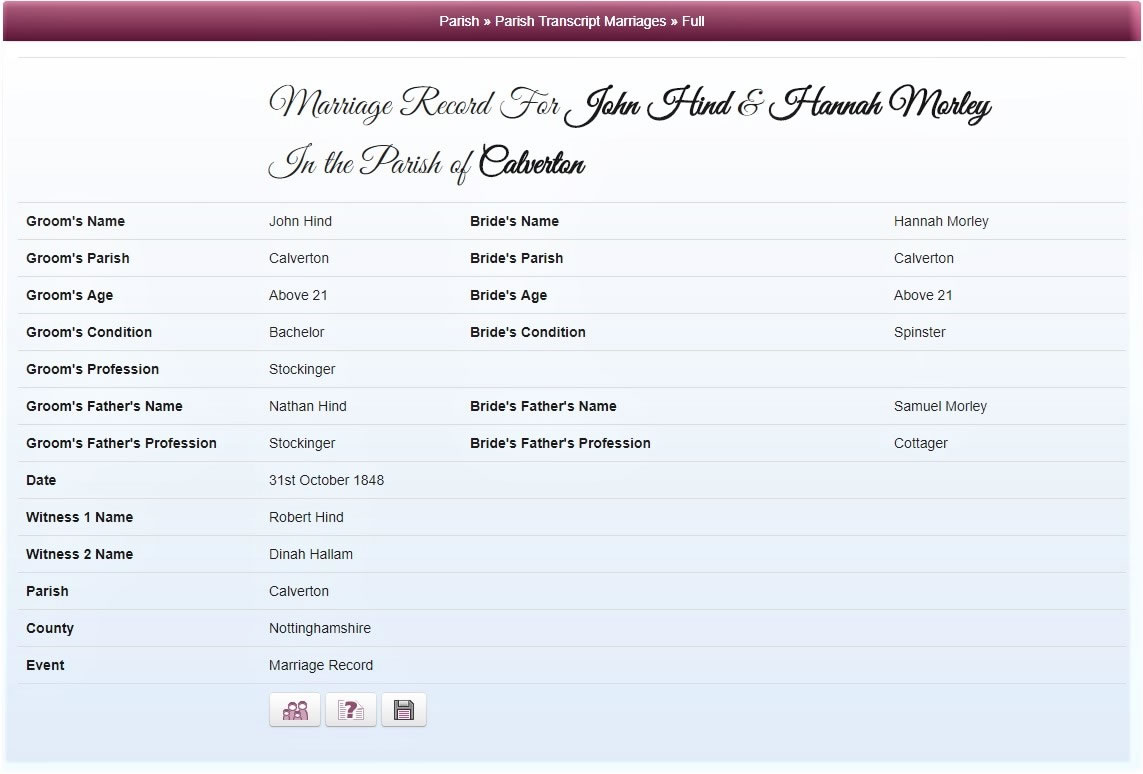 These Nottinghamshire Parish records cover a vast range of years from 1633 to 1905 and all levels of society, making them extremely useful to all who have ancestors from this county.