The British in India Collection

Find your ancestors who went out to British India...

The British left their mark on the Indian subcontinent in all sorts of ways - not the least of which are the graves of those who never made it back to Britain and are buried in its cemeteries, or are commemorated on war memorials and can still be found there to this day. 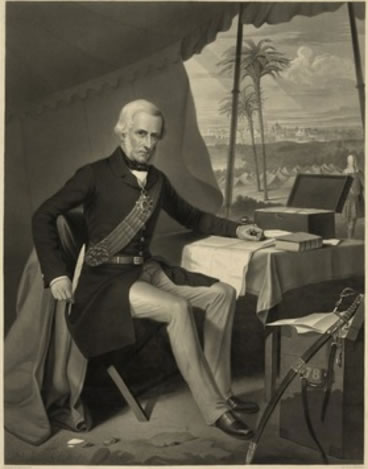 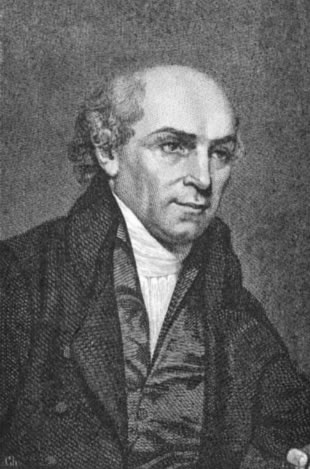 One such memorial is on the grave of Sir Henry Havelock, who relieved the siege of Lucknow. He had been born on the 5th April 1795 in Bishopwearmouth, England and died while a senior serving Army officer on the 24th November 1857 at Dilkhoosha in Lucknow, India.

With the release of The British in India Collection, on TheGenealogist, we are able to find the Major General's large memorial near the Alambagh Fort at Lucknow. His body had been carried here for burial by his troops after he had succumbed to dysentery at Dilkhoosha. It occurred at the time of the Indian Rebellion of 1857 and he and his soldiers had been part of the force sent to quell the disturbances. In this he had been a very successful commander, from the British point of view, defeating the rebels despite the numbers pitted against him. His ruthless quelling of the disturbances and his recapture of Cawnpore from rebels makes him a controversial figure in independent India today. One of the records in The British in India Collection is a number of war memorials including that of the Siege of Cawnpore.

Having relieved Lucknow, Henry Havelock and his men were then besieged in the town when a second rebel force arrived. They held out until reinforcements arrived, but by the time they moved out he was developing the symptoms of which he would die five days later. 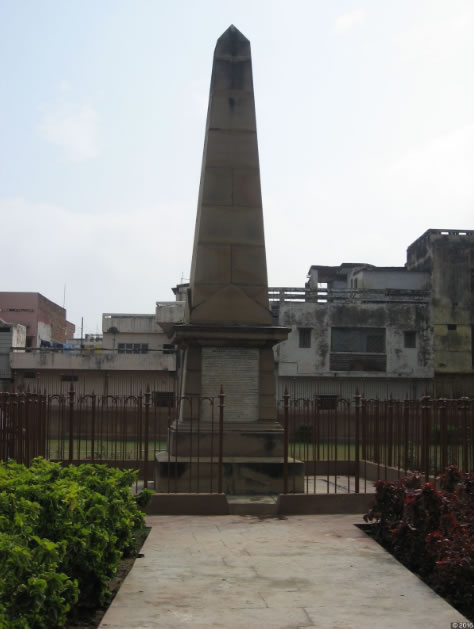 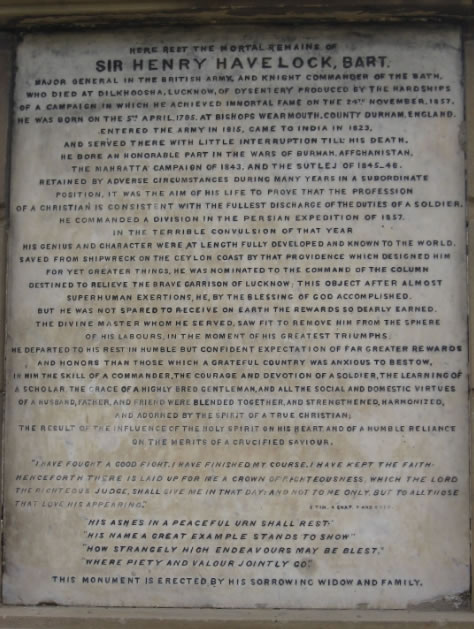 We can find out more about Sir Henry in some of the other records on TheGenealogist. For example The Illustrated London News for September 12, 1857 published a couple of months before his death, tells us that he was born at Bishopwearmouth, near Sunderland to a shipbuilder. Havelock began to study the law at the Middle Temple before changing career to join the army a month after the Battle of Waterloo. After eight years of service in the British Isles he transferred to a regiment that was embarking for India in 1823. The paper enlightens us to his marriage in 1827 to Hannah, the youngest daughter of the Rev Dr Marshman of Serampore.

The East-India Register and Directory 1834, also on TheGenealogist, reveals the birth of a son. 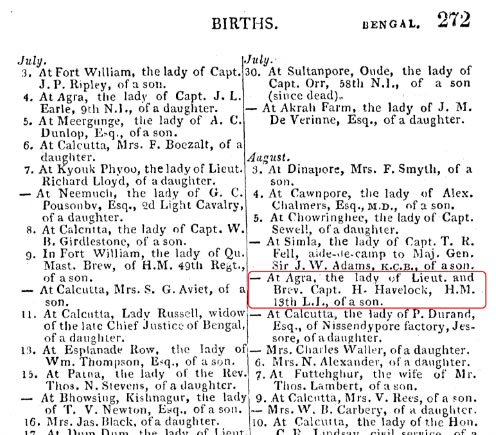 The East-India Register and Directory, 1834

The Major General was a devout Christian, becoming a Baptist while in India. His father in law was, in fact, a Baptist preacher who had worked with the pioneering missionary William Carey. Marshman and Carey had translated the Bible into various Indian languages as well as translating classical Indian literature into English. In 1818 William Carey, Joshua Marshman and another member of the missionary team proposed the setting up of Serampore College - which still exists to this day. 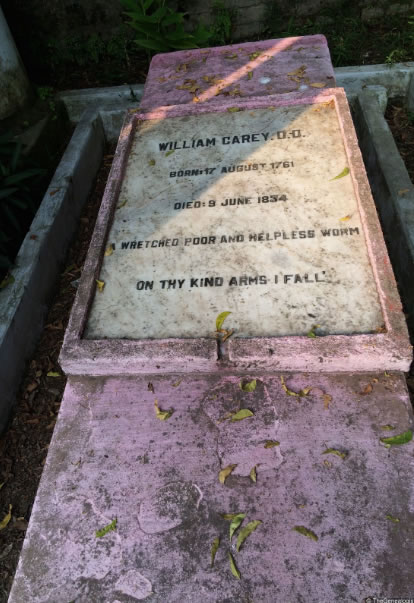 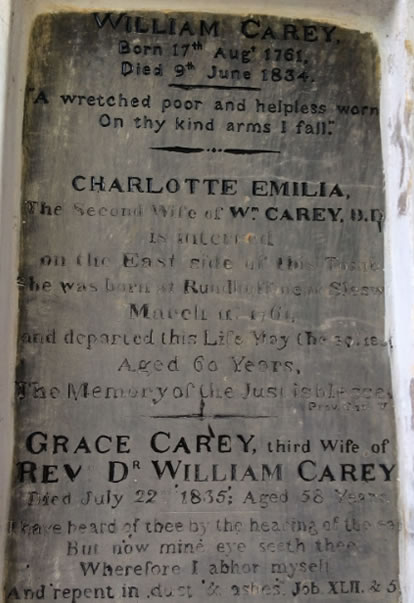 The second and third wives of Rev Carey

We can find William Carey, died 9th June 1834 and several other members of the Carey family within the headstones for the Serampore cemetery in The British in India Collection on TheGenealogist. This includes headstones for his eldest son, Felix Carey 26th June 1834, his first wife, Dorothy in 1807, his second wife Charlotte in 1821 and Grace his third wife in 1835.

By using the East India Register & Directory 1820 we can find Marshman and Carey listed in the pages of European Inhabitants of Bengal. The Rev Carey is at Fort William, which is at Calcutta (presently known as Kolkata), while the Rev Marshman is listed at Serampore. 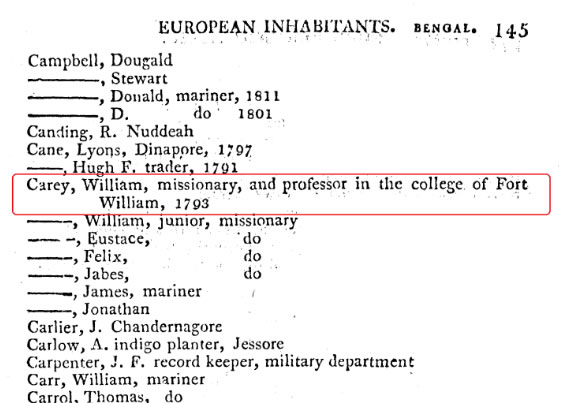 Some of the inscriptions on the headstones, included in this release, will evoke many emotions in the researcher ranging from sadness to one of greater curiosity. The memorials to great military officers such as 'Lieutenant General Sir James Outram - Commanded The Bengal Army In The Indian Rebellion Of 1857', found in Lucknow Christ Church, remind us of troubled times when the East India Company was at the end of its rule.

At St John's Baptist Church, Meerut, we can find 'Lieutenant Lancelot Antony Gilliat - The Royal Dragoons, Died at Jhansi as the result of fatal injuries received when following up two wounded tigers' and wonder how the tigers were wounded in the first place.

The example of the Leonowens in the Penang Protestant Cemetery, on the other hand, may arouse curiosity to research their story further: 'Thomas Leonowens - Husband Of Anna, Governess to the children of The King of Siam, travel writer, educator and social activist. Inspiration for the film The King And I'.

With the release of The British in India Collection, on TheGenealogist it is now possible to find your ancestors who went out to British India. The records include a broad-ranging set of resources ranging from the early 1800s up to the 1920s and include Parish Records of British in India, Headstone Records of British Cemeteries in India, British War Memorials in India, East India Registers, Indian Army and Civil Service Lists, Image Archive - British Army in India. These records join those that are available to Diamond subscribers of TheGenealogist at http://www.thegenealogist.co.uk.