The Fat Man of Maldon 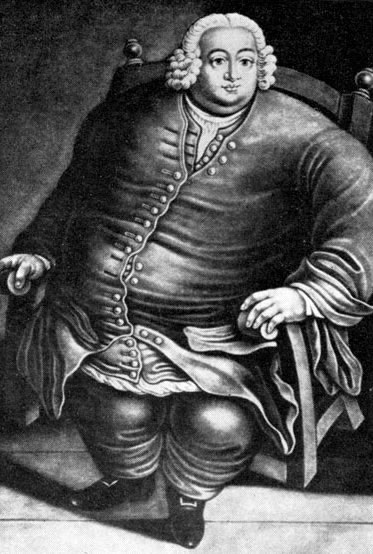 We are all aware that parish records will give us those all important dates and names for our ancestors - but in some cases they can also reveal interesting stories as well. When a vicar or parish clerk feels that the person that they are entering into the register needs an extra explanation, other than just the date and the name of the person, then some fascinating historical accounts can emerge for researchers to read.

As an excellent example of this we just need to look in the parish records for All Saints in Maldon, Essex. Here we can find the burial of one Edward Bright in the year 1750. A Tallow Chandler and Grocer, Edward died when he was in his late twenties - but he also had an unusual claim to fame.

The entry in the parish register on TheGenealogist reveals that he was an extremely large man, weighing 42 stone (588 pounds) and was in fact believed to be the fattest man in England at the time.

The notes for his burial on the 12 November 1750 can be found in the parish register, and explains that Edward had to be buried in a special coffin as he was so large. To remove the casket from his room above his shop, special provisions needed to be made requiring structural modifications of the wall and stairs to aid his last journey to All Saints.

On arrival at the church, having been borne on a carriage, more unusual procedures were employed to get the deceased to his final resting place. Edward's coffin would have been far too heavy to be borne in the normal way, by pallbearers, up the aisle to rest before the congregation as the funeral service took place. Also it would have severely taxed the muscles of those men who would have normally lowered it manually into a grave. In this case, they needed rollers to be used which would slide the coffin up to a vault made of brickwork, and then a triangle and pulleys were utilised to lower poor Edward into the grave.

The parish register entry, however, did not just dwell on the problems of burying a man of such large proportions. It also went on to record a number of positive attributes that Edward Bright had - giving us a picture of the man that he was. We can see that he was well thought of by the vicar and community of this 18th century Essex parish. The register tells us that he was: "... A Very Honest Tradesman. A Facetious Companion, Comely In His Person, Affable In His Temper, A Kind Husband, A Tender Father & Valuable Friend." 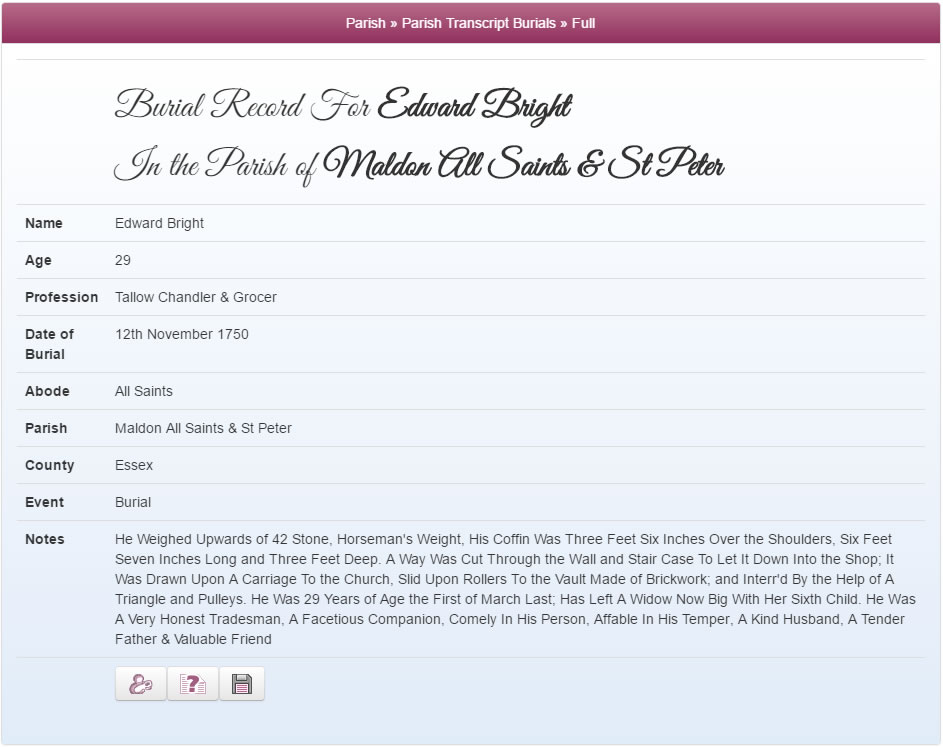 As we have seen here, sometimes a parish register can give you so much more than just the date that your ancestor was baptised, married or buried. TheGenealogist has recently added to the millions of records in its UK Parish Record collection with over 282,000 new records from Essex, Cumberland and Norfolk, making it easier to find your ancestors' baptisms, marriages and burials. Covering many ancient parishes, these fully searchable records can take you back as far as the 16th century in some cases.

In many churches you may also come across a war memorial either inside the actual building, or outside it. These monuments honour men and women who died or served in military conflicts over the years and it can be very emotive to find a mention of your ancestor on such a plaque. As well as in churches, they also appear in other institutions, on village greens, and in town and city centres worldwide. TheGenealogist has just released another batch of War Memorial records which means there are now over 350,000 searchable records to find here.

The latest release includes war memorials from London, along with further English counties including those of Cumbria, Berkshire, Warwickshire and Suffolk. The collection is not just confined to Britain, it also stretches across the globe to encompass new War Memorials that are situated in Perth, Australia and the Province of Saskatchewan in Canada. Researchers can search by name and then read transcriptions and see images of the dedications that commemorate soldiers who have fallen in the Boer War, WW1 and various other conflicts.

In amongst these newly published War Memorial records are those for St John's church in Bassenthwaite, Cumbria. This is a fascinating WW1 roll with men who died or served their country. It includes information such as that for Louis Willis Bell who died at Rouen as a result of poison gas. 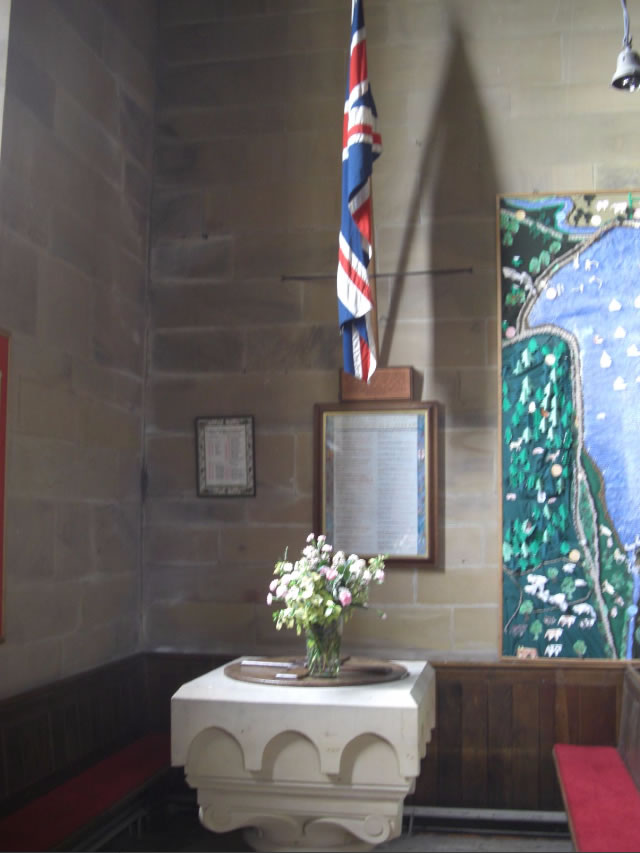 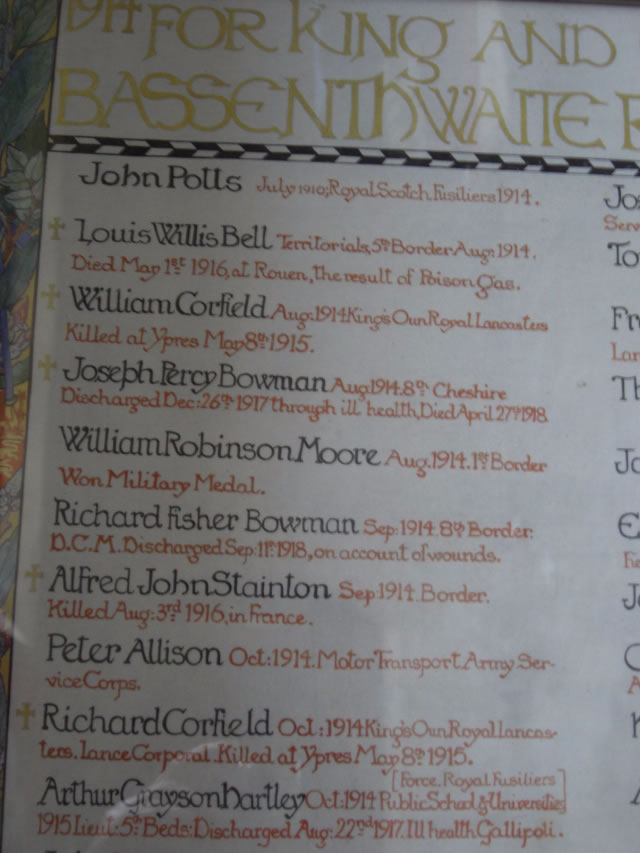 Another notable entry is that for Isaac Hall. This soldier enlisted in January 1915 in 7th Border Regiment and was discharged on 21st March 1917 because of wounds resulting in the loss of his left leg.

These new Parish and War Memorial records are available as part of a Diamond subscription to TheGenealogist.