Sophie Raworth - Who Do You Think You Are?

Sophie Jane Raworth was born on the 15th May 1968 in Redhill, Surrey, England. As you may expect of the well known BBC journalist and broadcaster, Sophie Raworth has already tried before to investigate her family history.

“I found some names, but I don’t know anything about them. And it’s really frustrating. As a journalist you want to be able to create a picture.”

Now given the chance to gain some help, Sophie wanted to investigate her father’s side of the family. She begins with the man that her family had identified as her 3 x great grandfather, Isaac Henry Robert Mott, an illustrious piano maker who mingled with royalty. We are able to find that he was born to nonconformist parents in Birmingham in 1790 and baptised in February 1808.

The problem is one that is known to many family history researchers. While listening to family stories can give you vital clues, it can also lead you to research the wrong person. In the Who Do You Think You Are? Show Sophie goes to Brighton’s Royal Pavilion to follow that lead and is taken aback to discover the mistake. She turns out not to be descended via Isaac Henry Robert Mott, but from his cousin Samuel Mott.

Samuel, she now discovers, was the black sheep of the family and was the son of William and Martha Mott. They too were nonconformists, William being the son of Isaac and Elizabeth Mott. Samuel can be found on TheGenealogist in Non-parochial records (RG4). This reveals that he was born on May 28th, 1784 and was baptised on April 15 1792. Sophie hears in the programme how he was fired from the family piano making business and eventually went on to commit suicide. 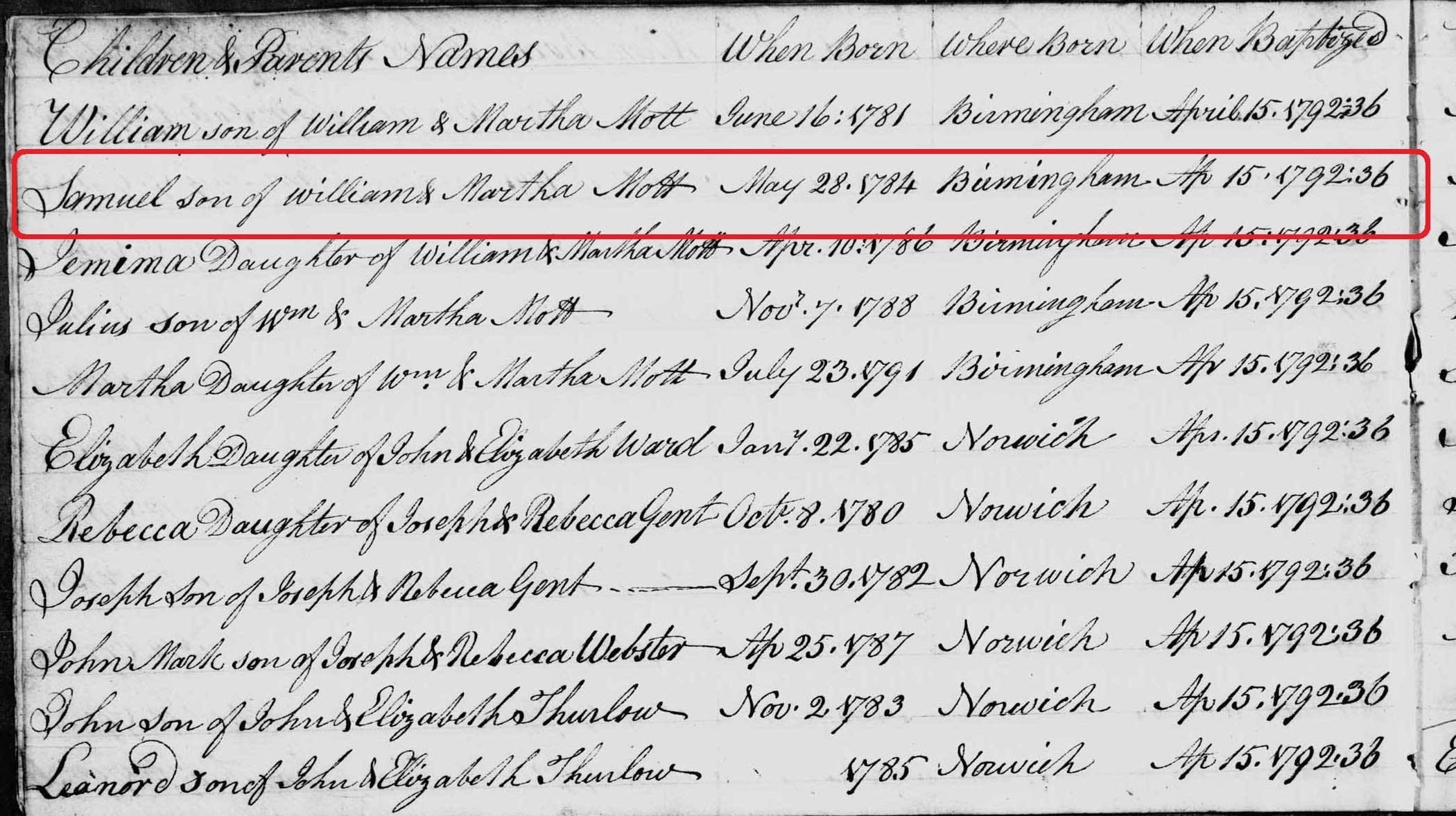 Sophie wants to know just why Samuel’s life went so badly wrong, and so in Birmingham she researches his early years. Here she discovers that Samuel’s parents, William and Martha Mott (her 5 x great grandparents) were part of an idealistic religious community called the New Jerusalem Church. The era in which they lived was not very tolerant of members of minority sects, and Birmingham was rocked by religious riots in 1791 with people like her ancestors being the targets.

In the programme Sophie is seen to be visibly moved when she finds out that, in the aftermath of the riots, William and Martha Mott took a great risk and uprooted their young family and moved to America. The newly independent United States of America being a place where they believed they could practice their religion in freedom.

“People who can just go against the grain, risk everything for what they really believe in. I really admire them. I think they’re an extraordinary family.”

The trail of the Mott family takes Sophie to New York. But the story takes a sad turn as she discovers that only two years after arriving, William and Martha were killed in a yellow fever epidemic and their orphaned children were split up and sent home. Aged just 11, Sophie’s 4 x great grandfather, Samuel Mott, was sent to live outside the family in what was a bankrupt household and this traumatic childhood makes some sense of Samuel’s tragic end.

“I now understand what happened to Samuel. He would have been made to feel like a complete outsider, this orphan living on the extremities of his family...I just feel so sorry for him.”

The tragedy aside, Sophie is proud to have seen the drive and passion of her idealistic ancestors – traits that she believes have passed down to her family today. 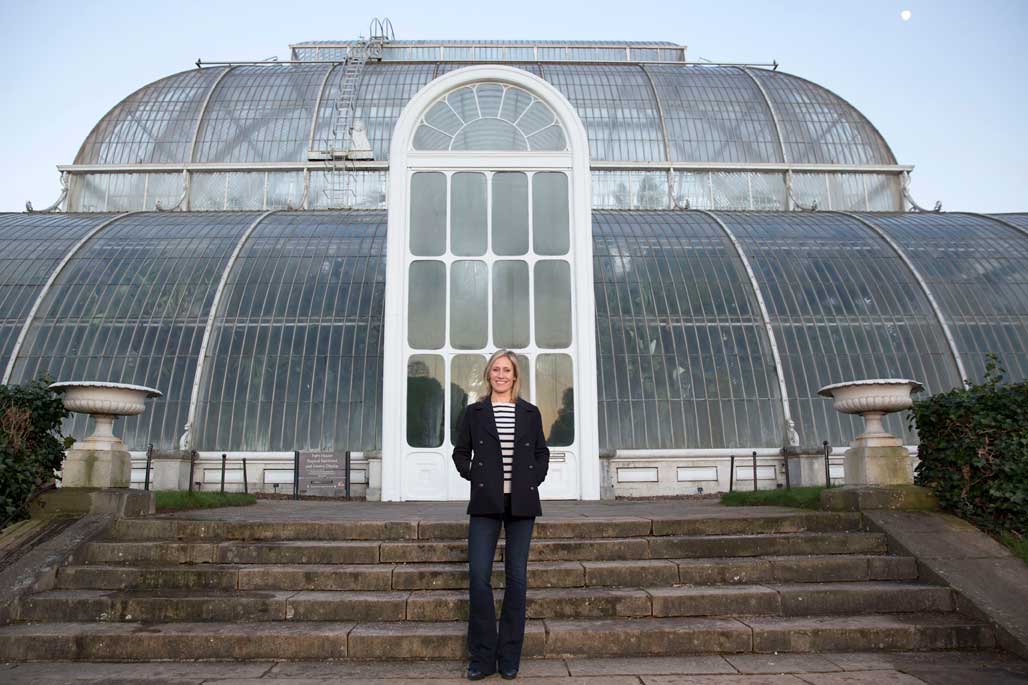 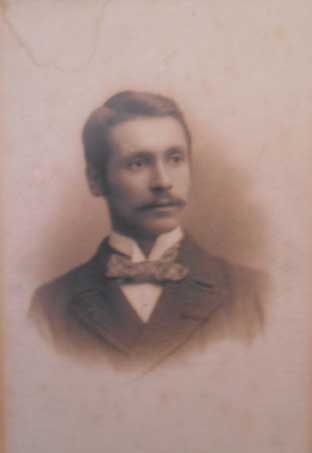 Bringing the quest for ancestors back to this country, there is a family rumour that Sophie’s great-grandfather Edgar Cussons Crowder once worked at Kew Gardens. Examining her family tree reveals that Sophie’s father, Richard, is the son of Edna M Raworth neé Crowder and it is Edna’s father that was connected to garden cultivation. With Sophie being the presenter of the Chelsea Flower Show on Television and both her parents being passionate gardeners, Sophie is thrilled to find this connection.

Not only did Edgar Cussons Crowder work in the iconic Palm House at Kew, but delving further up this branch reveals that Sophie’s horticultural ancestry stretches back into the 1700s. 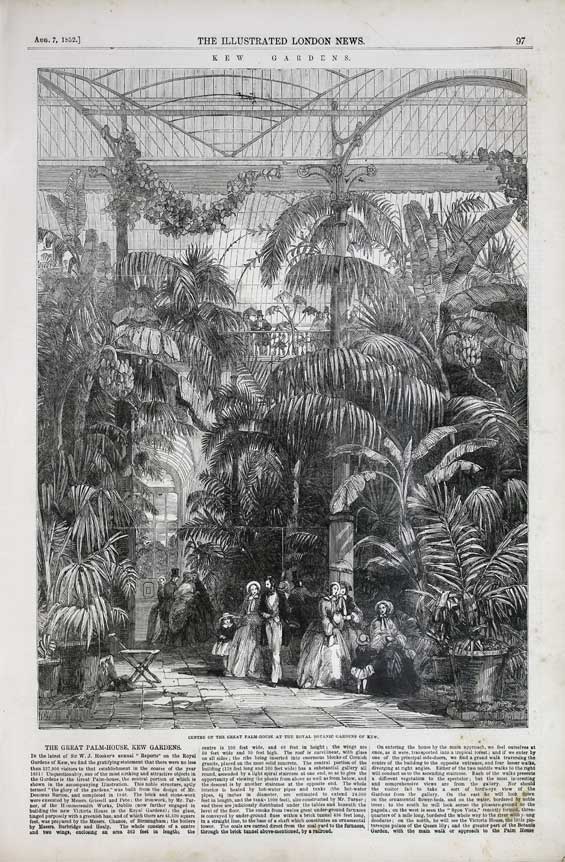 Doncaster is where the Crowders originated from, and Sophie’s visit to the South Yorkshire market town reveals more about her green fingered ancestors. Her 5 x great grandfather Abraham Crowder grew and sold pineapple plants in the 18th century – this was an era when the fruit was a prestigious luxury. We are able to find the marriage record of this pioneering fruit grower on the 18th February 1759 of Abraham and Sarah Pearson in the Parish Transcripts on TheGenealogist.

Parish Transcripts of Marriages for 1759 Doncaster on TheGenealogist.

"My great-grandfather times five is a pineapple grower in Yorkshire. Now that I would never, ever have guessed.”

The Who Do You Think You Are? Episode sees Sophie visiting one of the country’s last surviving pineapple houses. Here she pots up a pineapple plant to take home with her, resolving to keep the family tradition going. 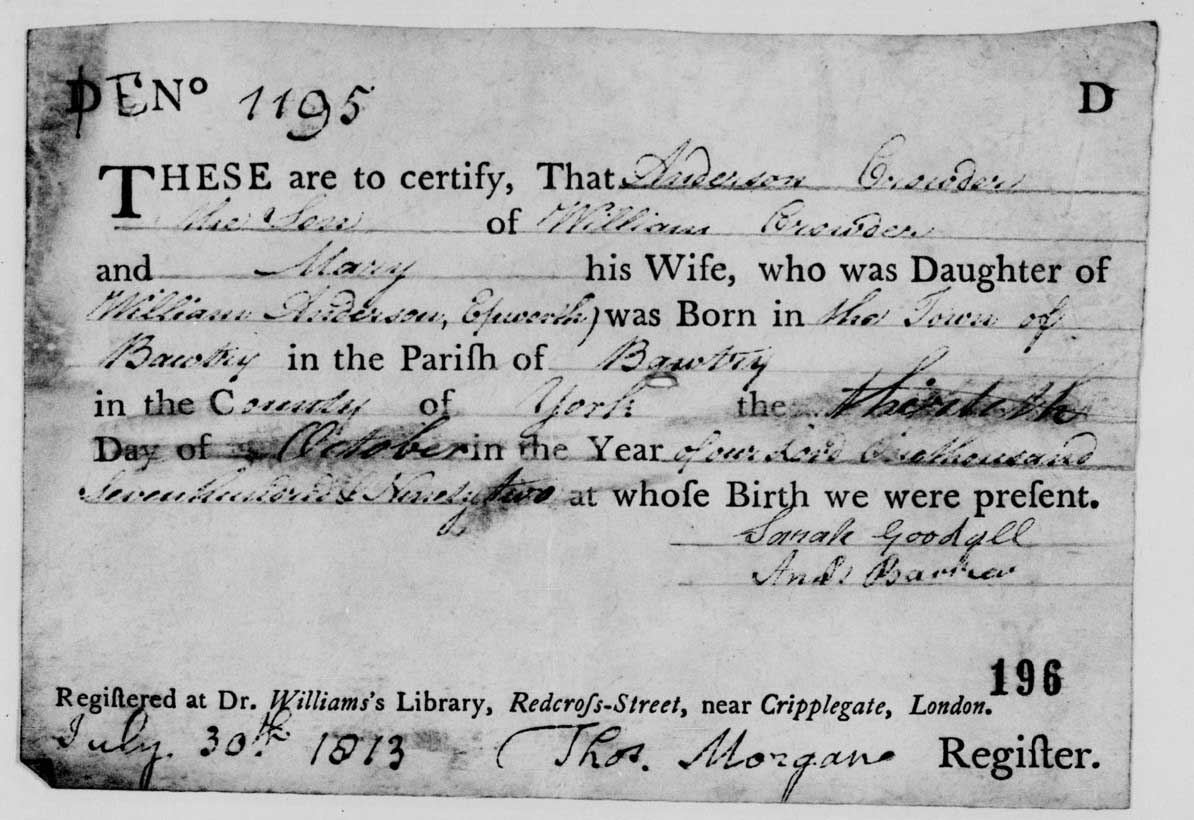 Abraham and Sarah’s son William married Mary Anderson and their son was named Anderson Crowder. We can find Anderson’s birth by looking on TheGenealogist within the RG5 records of Protestant Dissenters. These birth registers are from those that had been recorded at Dr Williams’s Library in London, where many Nonconformist births were registered before 1837 and the law change that brought in civil registration of vital events. Anderson, we note, was registered in 1813 but had been born some twenty-one years earlier on the 13th October of 1792.

If we search further for Anderson Crowder, in the records available on TheGenealogist, we discover that he moved to Lincolnshire. Anderson appears in the Poll book for “Parts of Lindsey, in Lincolnshire”. Here he was listed as a gardener and was able to vote at Horncastle, Lincolnshire in August 1841. 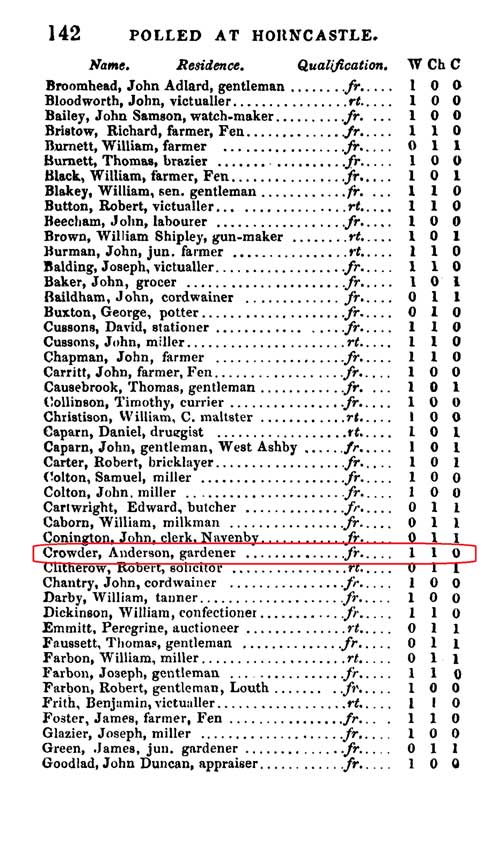 Several of Sophie Raworth’s ancestors, we have seen, were members of various Nonconformist churches and the extensive collection of these records on TheGenealogist have easily enabled us to trace them back into the 18th century.