Criminal records of convicts on the Hulks

'Transportation beyond the seas' was a form of punishment that most family historians are aware of as being handed out by the courts in Britain in the 18th and 19th century. To many of us it is Australia that we connect with this sentence, but there were also penal colonies situated in North America. These could no longer be used after the American War of Independence began in 1775. In 1823, an Act of Parliament authorised the British authorities to send convicts to any colony that was designated by the King to receive them.

While the convicted criminals awaited their voyage to the penal colony, where they were to serve their time, they would be held for a period in decommissioned warships that were moored in British rivers. These vessels were cramped and unhealthy places for the inmates to be sent to. As well as these former seagoing ships, however, there were other prison hulks that acted as jails for the convicts to serve their whole sentence onboard. One of these places was off Bermuda. Visitors to the Bermudian capital of Hamilton are still immediately struck by the massive scale of the dockyard there – its size is monumental. This vast expanse of hard limestone rock had been cut, sawn and moved into place by convicts that had been sent there from Britain to build it. In all, about 9,000 men were made to serve their sentence on the prison hulks moored off the naval dockyard of this British possession. While Bermuda was not a prison colony, like those established in Australia and previously in North America, the convicts sent to the island were there to work on the developing defence establishments vital for Britain’s interests. Bermuda lacked the workforce needed for this vast construction, and so fit and strong convicts provided the ideal answer to the military’s needs. Unlike Australia, the convicts were not permitted to remain in Bermuda on completing their sentences and were compelled to return to England. They were, however, given the option for a reduced sentence if they opted to then go to Australia. Many would prefer to serve out all their time on the hulks in Bermuda so that they could return to their homes rather than be banned from ever returning.

There is an account of life for a convict incarcerated on the prison hulk Coromandel in Bermuda written by William Sydes, alias Jones. He was a convicted forger and passer of ‘base coin’, who made it back to England after finishing his sentence in Bermuda. On his return to Britain, like many others who had little chance to go straight, he soon found himself having to spend some time in Preston Workhouse, a ‘House of Correction’. From there he was convicted at the Central Criminal Court and transferred by the authorities to a hulk which had been moored between the Essex shoreline and Woolwich. From the records we can see that he actually spent time on two prison ships during this sentence; the Justica and the Defence hulks both at Woolwich. 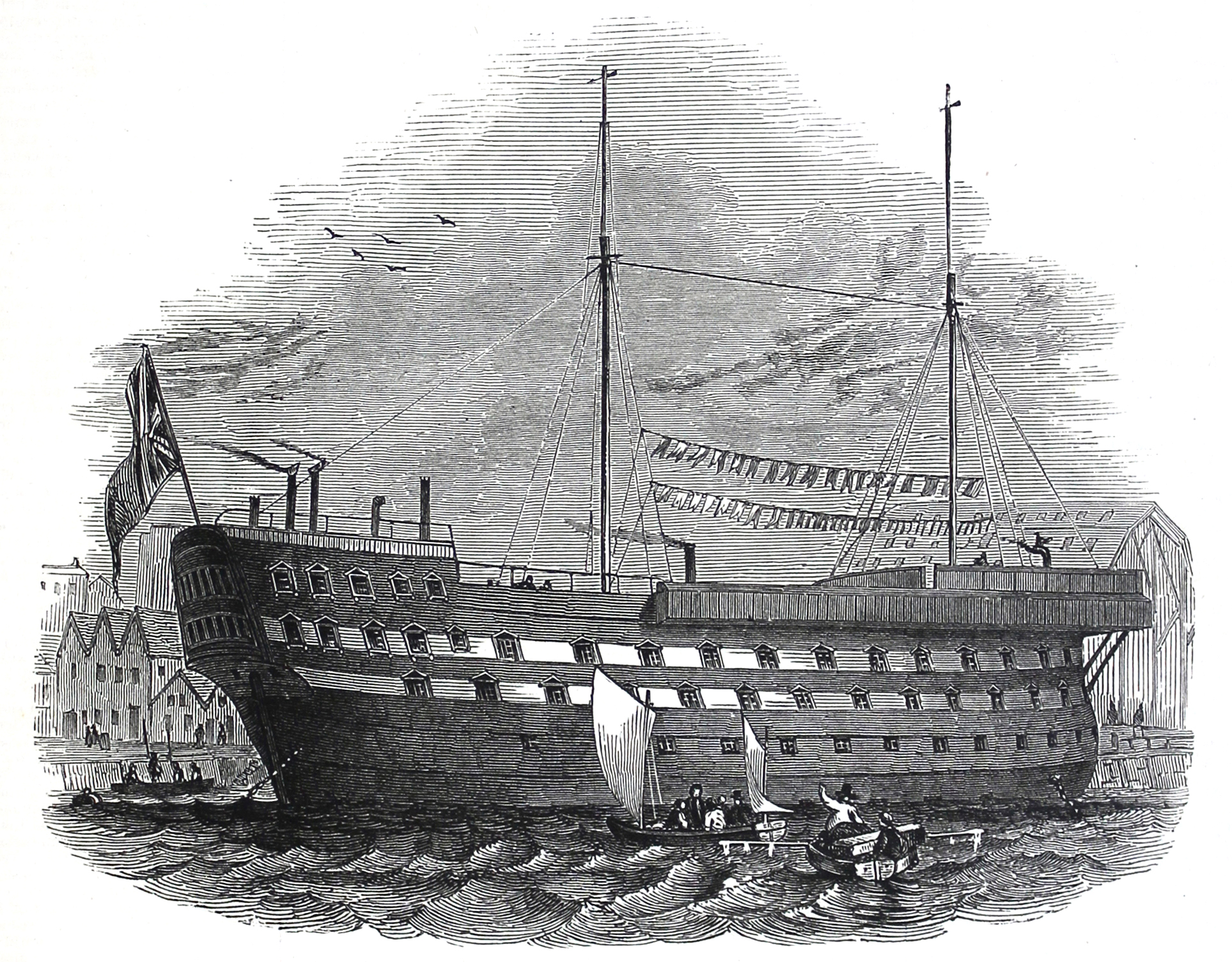 'The Warrior' convict-hulk Woolwich from The Illustrated London News February 21, 1846

In fiction Dickens used one of these notorious prison ships in his novel Great Expectations as the template for the convict-hulk from which his fictitious character, Abel Magwitch, escaped before he meets Pip for the first time in the graveyard. The author writes about ‘the black hulk lying out a little way from the mud of the shore, like a wicked Noah’s ark, cribbed and barred and moored by massive rusty chains’.

William Sydes, unlike Magwitch, didn’t escape from his incarceration on the hulk - as we can find by discovering him in the quarterly return of Convict Hulks, Convict Prisons and Criminal Lunatic Asylums for the Home Office. These newly released HO 8 criminal records, from The National Archives, have been made searchable on TheGenealogist, and allow us to find Sydes in a number of entries. These show that while he was sentenced to transportation, he actually spent many years on the Justica and the Defence hulks moored off Woolwich and some time in two shorebased convict prisons. In the September quarter 1853’s records of prisoners on the hulk Defence, we can see that Sydes was then sent from here to the convict prison at Portsmouth. Then in the December quarter return he can be found in the convict prison at Portland in Dorset. Further research has shown that our counterfeiter was eventually released on licence on the 28th July 1854. 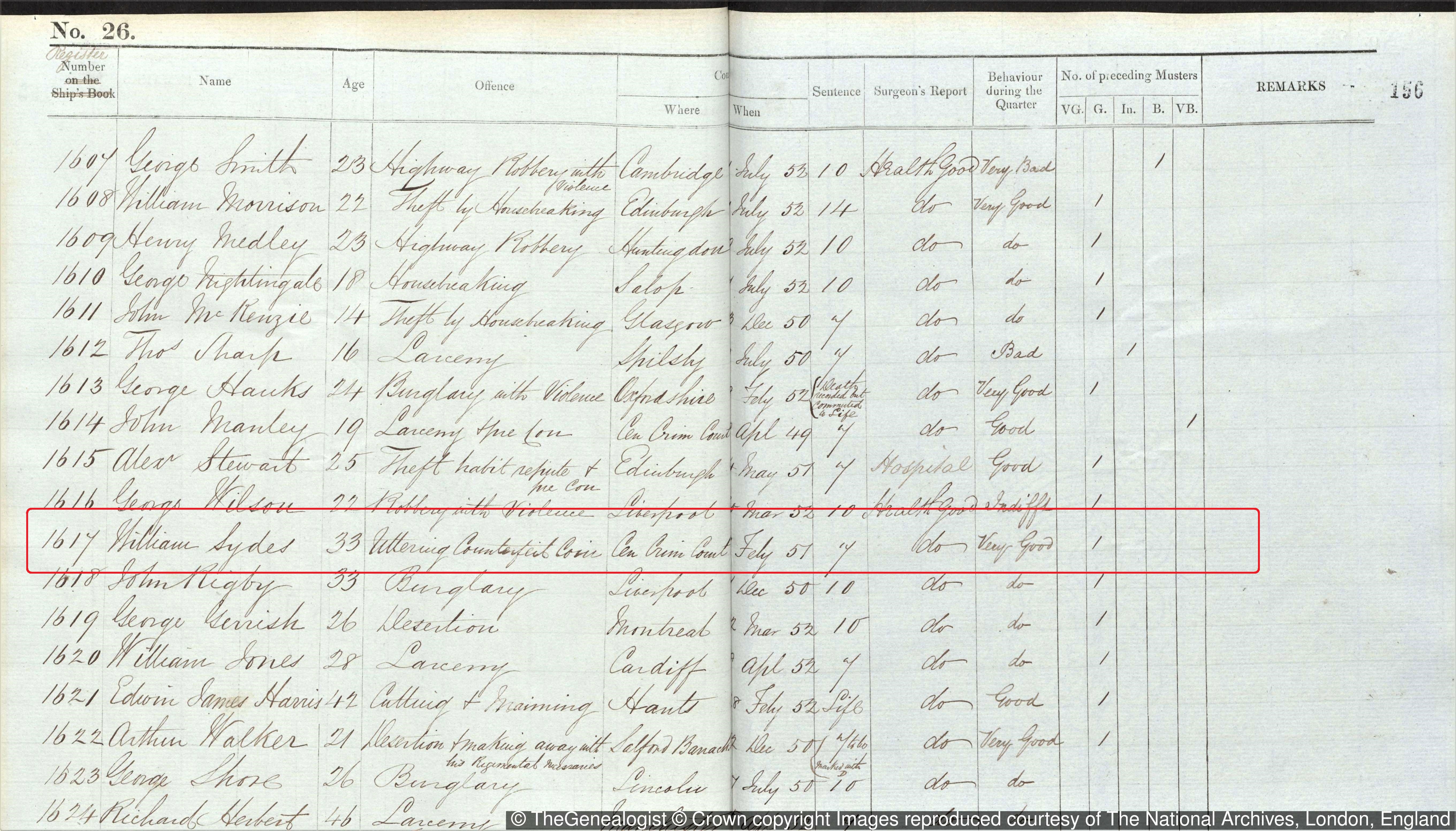 A search of other criminal records on TheGenealogist finds William Sydes in the previously released HO 77 Newgate Prison Calendar for 1851. In these documents, having arrived from the Preston House Of Correction, he was sent before the Central Criminal Court and then locked up in Newgate awaiting his sentence of Transportation. As we now know, from searching in the new records, he actually went to a couple of prison hulks and two convict prisons in England rather than being sent ‘beyond the seas’ to serve his time in Australia. Thus a search of these records on TheGenealogist have added some useful information to William Sydes’ story.

Before Sydes had been sentenced this time, the convict had recorded his memories from his previous convict transportation period in Bermuda. He left this account with the chaplain of the Preston Workhouse, and it was eventually published by the Bermuda Historical Quarterly in 1951 as an “Account of Life on the Convict Hulks by William Sydes, alias Jones, One of the Prisoners,” Bermuda Historical Quarterly, 8 (1951): 28-39. 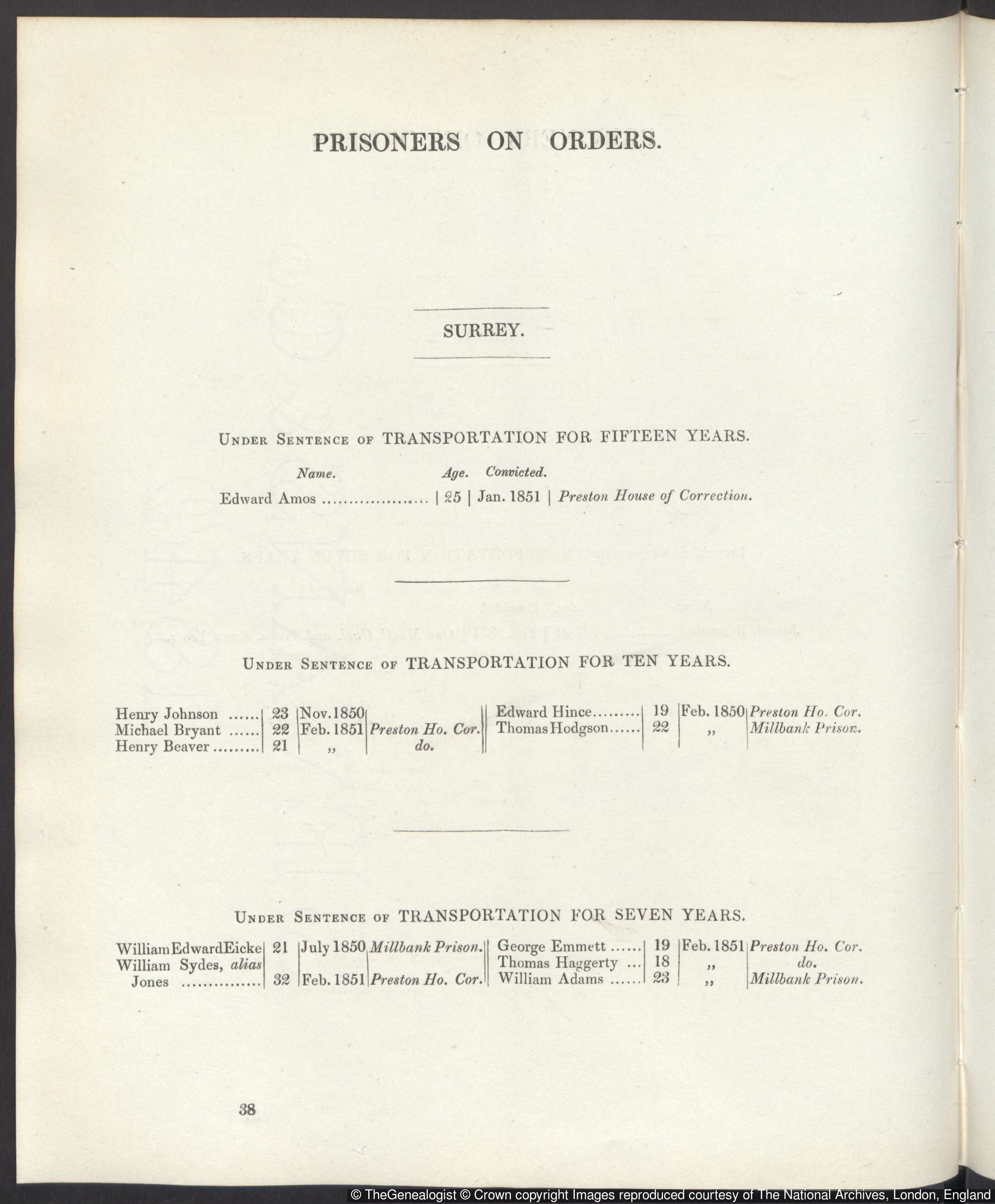 TheGenealogist’s Court and Criminal collection is ever expanding and includes early court rolls from 1394, registers of convicts sent to Australia between 1787 and 1867, records for convicts who were waiting to begin their voyage to the penal colonies in Australia as well as the Quarter Sessions Calendars for Worcestershire 1591-1643 and now the HO 8 quarterly returns.