Exploring the Parish Registers of Warwickshire

Nick Thorne finds one of the "founders" of Leamington's first Spa... 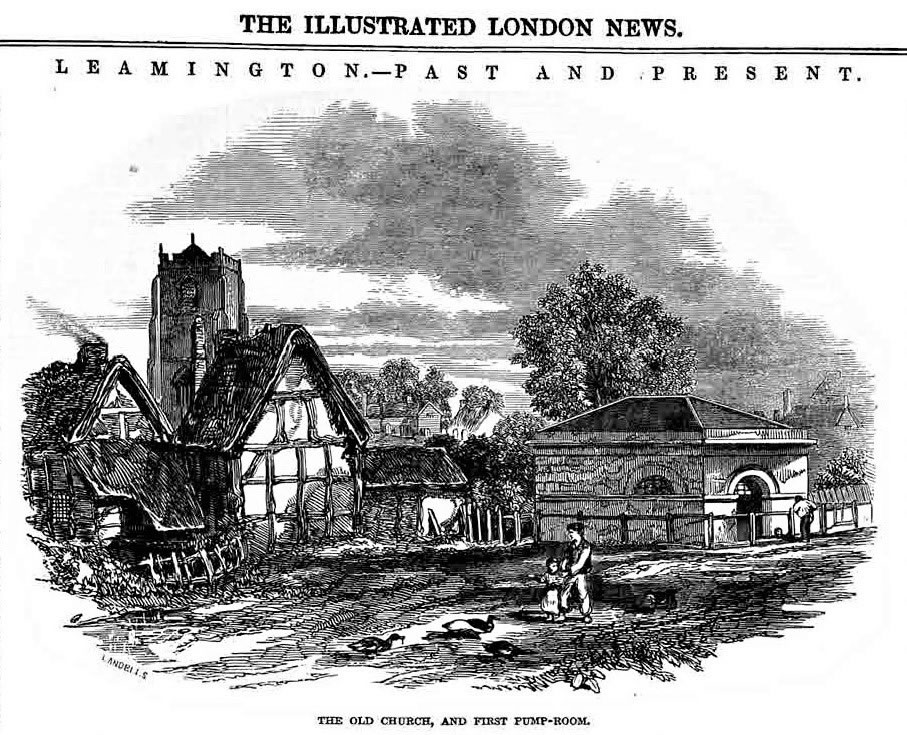 My maternal grandmother was always proud to claim that her father was a Scot. When I got interested in family history it came as a surprise to find his actual birthplace was Tours in Northern France, though he was registered as a British Subject. Equally fascinating was the birth of William Hay, one of great-grandpa's older brothers as it took place in the Warwickshire town of Leamington Spa. While their parents, Charles and Janet Hay, were from Scotland, William was the first of the couple's children to be born in England.

The release on TheGenealogist of more Warwickshire parish registers, including transcripts and images of the actual pages from the Warwickshire County Record Office, reveals William Wemyss Frewen Hay being baptised at All Saints' Leamington Priors (the old name for Leamington Spa). The date was July 19th 1836 and by looking at the image of the register page we are able to see that the curate has helpfully included 'of Edinburgh' in brackets after the surname of the parents.

By viewing an image of a document, a researcher may sometimes glean some extra information about an ancestor, and on this page there are two children whose entry includes the note "illegitimate". There is also an interesting aside next to an adult who, at 29, is being received into the church "having been privately baptised at Leicester when an infant". Perhaps she was close to death as a baby and then never got around to regularising the situation until that time. 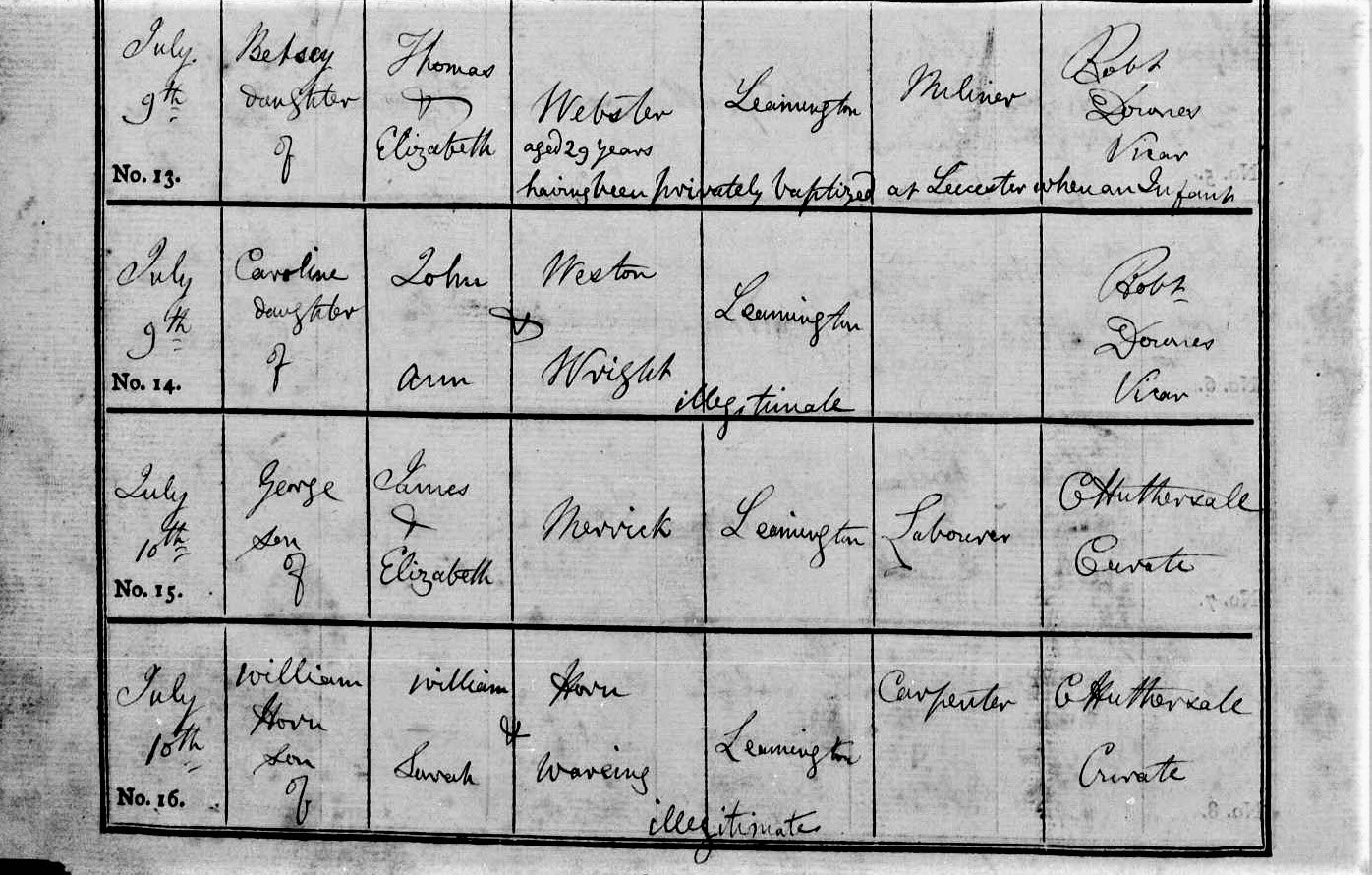 My 2x great-grandparents first turn up in the Warwickshire town in the winter of 1835 just a year before William was born. His mother had only just given birth to her second child, Eleanor, a few months earlier in Edinburgh. The Haut Ton records of fashionable arrivals, that the local newspaper printed, revealed that Charles Crosland Hay and his family had arrived in Leamington in early December 1835 and were staying at 41 Grove Street. This period, at the end of the Georgian era when King William IV was on the throne, saw this Warwickshire town expanding rapidly as it capitalised on its healthy spa waters.

The records on TheGenealogist show that my great-grand-uncle was baptised at Leamington in 1836, the year that wealthy landowner Edward Willes took out a lease on Newbold Meadow, just over the River Leam from the Church. While he developed land for houses in the town his aim was also to secure the meadow as gardens for the public. This facility is still there today, now named Jephson Gardens in honour of Dr Henry Jephson who had helped to advance the healing properties of Leamington's spa waters and also constructed houses for the town's poorer residents. 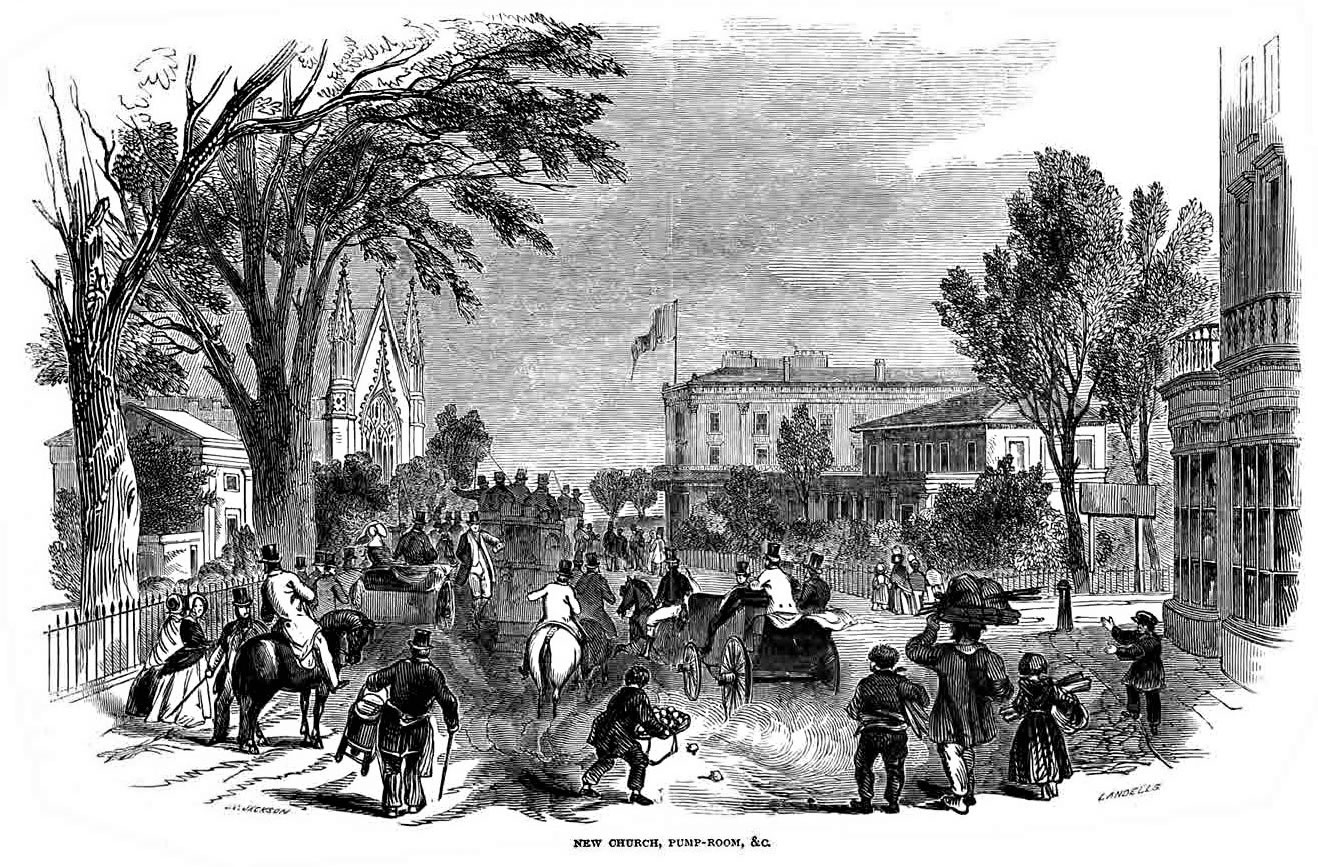 To continue my research I accessed the Newspaper and Magazine collection on TheGenealogist and was able to find an article published in The Illustrated London News from April 1846. This gives the reader a good history of the town's development from the 18th century when Benjamin Satchwell the shoemaker was first convinced of the benefits of its well waters. In the 1780s he was writing poetry, to be published in the newspapers of nearby Coventry, extolling the healing properties of the waters from what was then only an insignificant village on the banks of the Leam. Satchwell became the first Postmaster and the paper compares and contrasts the development of the town with a sketch of his cottage post-office and the grand one that succeeded it by 1846. 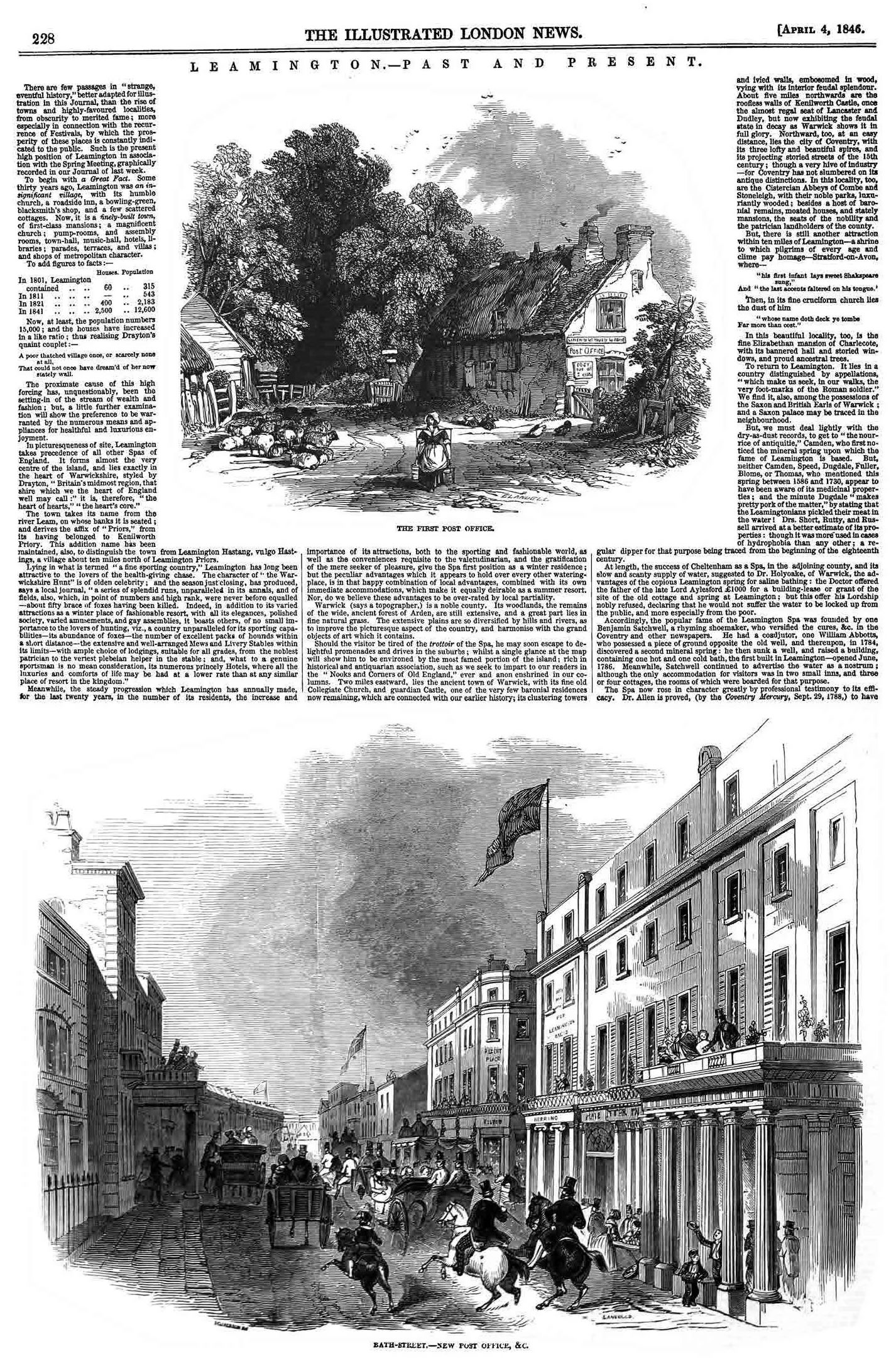 The Illustrated London News article reveals that the population had been only 315 in 1801. By 1821, however, it had risen to 2,183 and by 1841 it had grown exponentially to 12,600. Satchwell and his friend, William Abbotts, were the first to take commercial advantage of the waters when in 1786 they had opened the first bath house at Leamington with one hot and one cold bath. From these small beginnings the spa developed into a fashionable spot and other entrepreneurs followed Satchwell and Abbotts in building pump rooms for the wealthy clients to take the waters.

When Benjamin Satchwell died, in December 1810, he was buried in the graveyard of Leamington's All Saints' just yards from where Abbotts had been interred four years earlier. Inside two years Satchwell was then honoured by his hometown when the townsfolk erected for him a raised tomb fit for aristocracy or gentry in the churchyard at All Saints'. We can see his burial entry in the parish register for December 4th 1810. 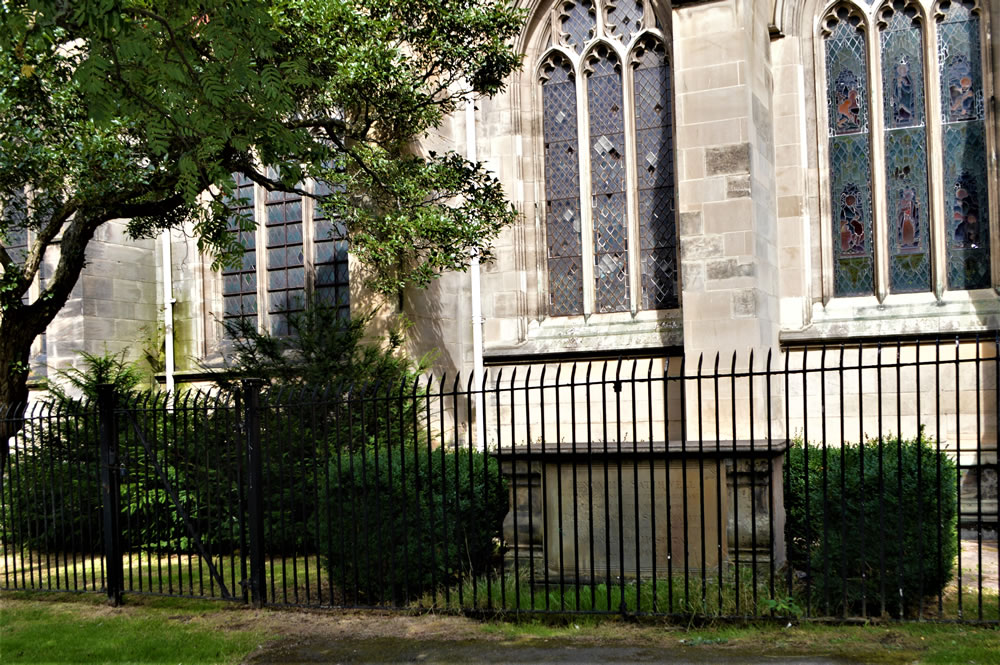 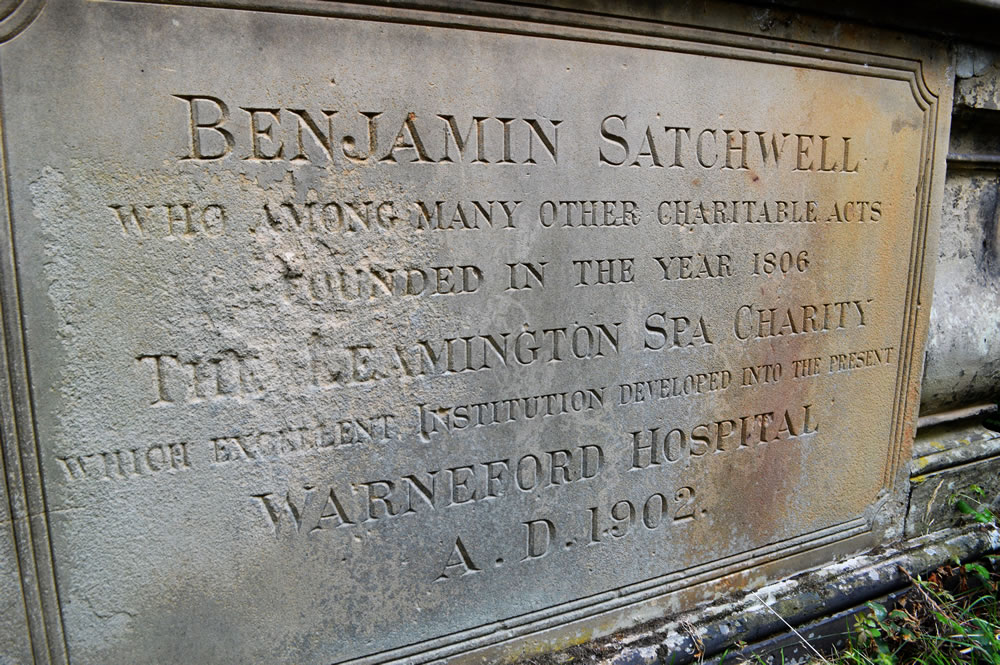 His baptism in 1732 can also be found in the register of the very same Warwickshire church, where the record reveals that his parents were William and Frances Satchwell. 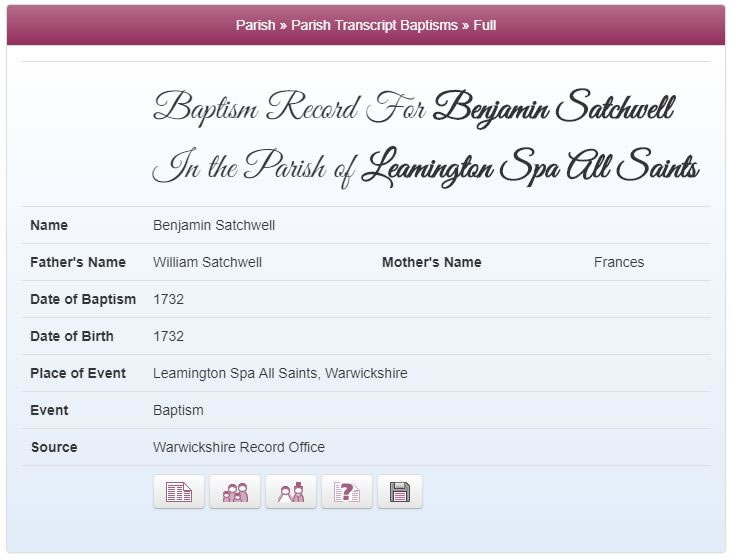 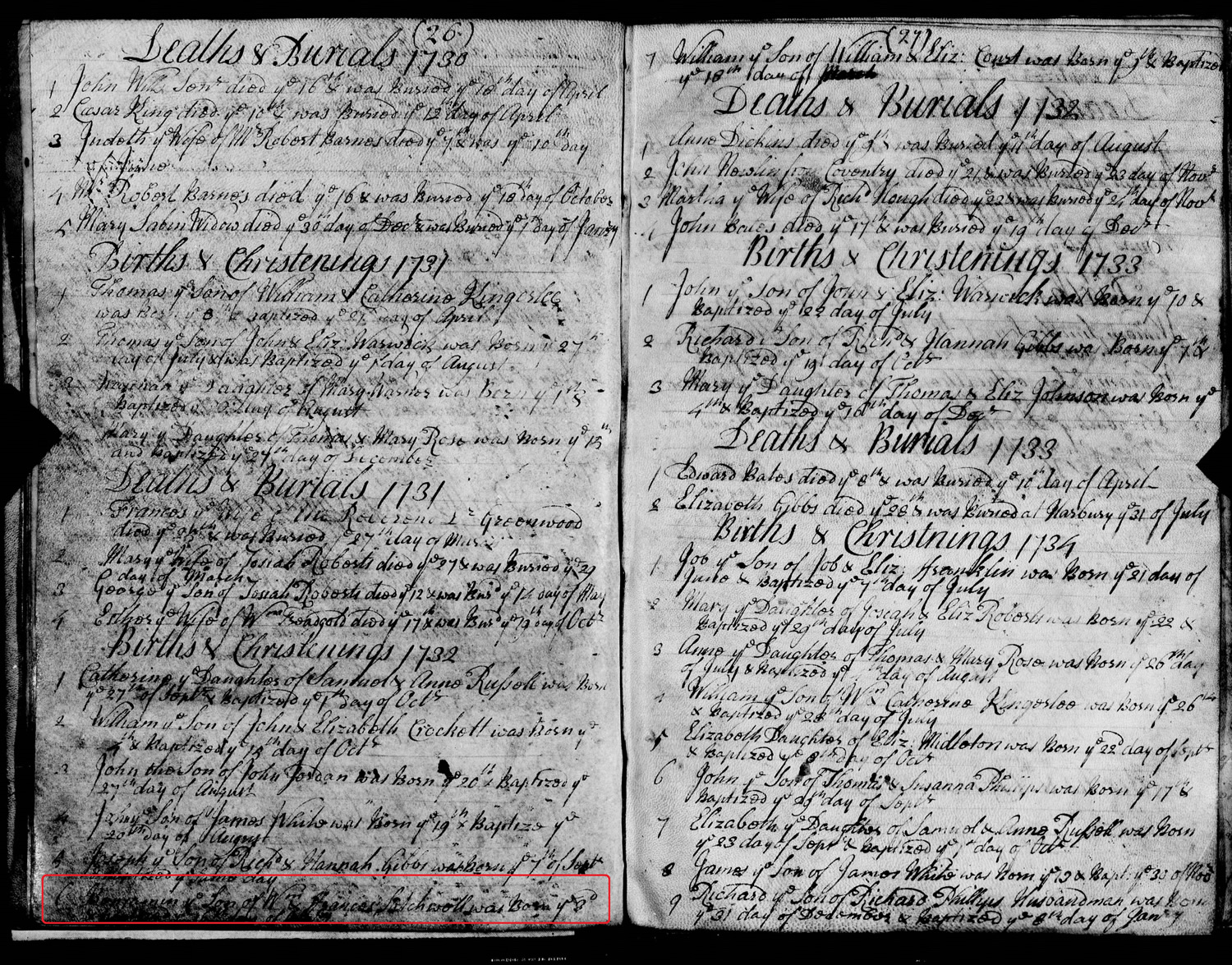 As the rapid population growth took place, the original church of All Saint's became far too small for the number of worshipers. Today it is a huge church of cathedral like proportions, but at the time of Satchwell and Abbotts it was a small affair. I began wondering what it would have been like at the time that my ancestors chose it for the christening of their new son.

Researching the history of the building I discovered that the church desperately needed to be expanded and so in 1816 a new transcript was completed. By 1823 the alterations now allowed the seats to be increased to 568, but this was still not enough as the Spa town grew, and more extensions to All Saints' took place throughout the 1830s. Finally a large enough church was completed by an almost complete rebuild and the substantial bell tower and an additional two bays added at the west end of the nave were dedicated in 1901. 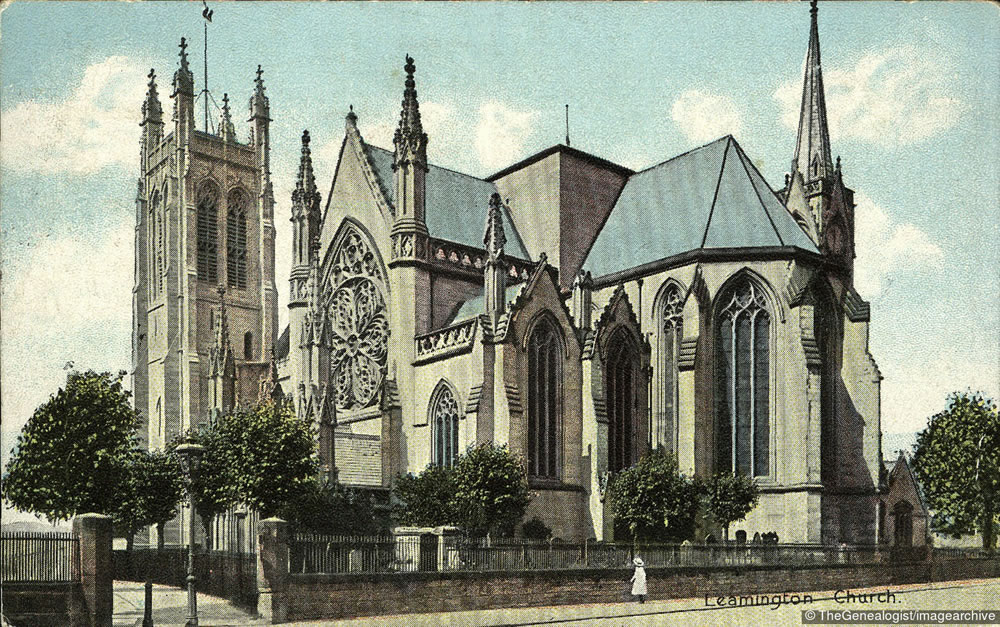 Given that my forebears first turned up in 1835 I now knew that the building that we see today would have been unrecognizable to them. The history book told me that one of the extensions had just been completed in 1834 and so it would have been relatively recent when, two years later, my great-grand-uncle was baptised in its font. 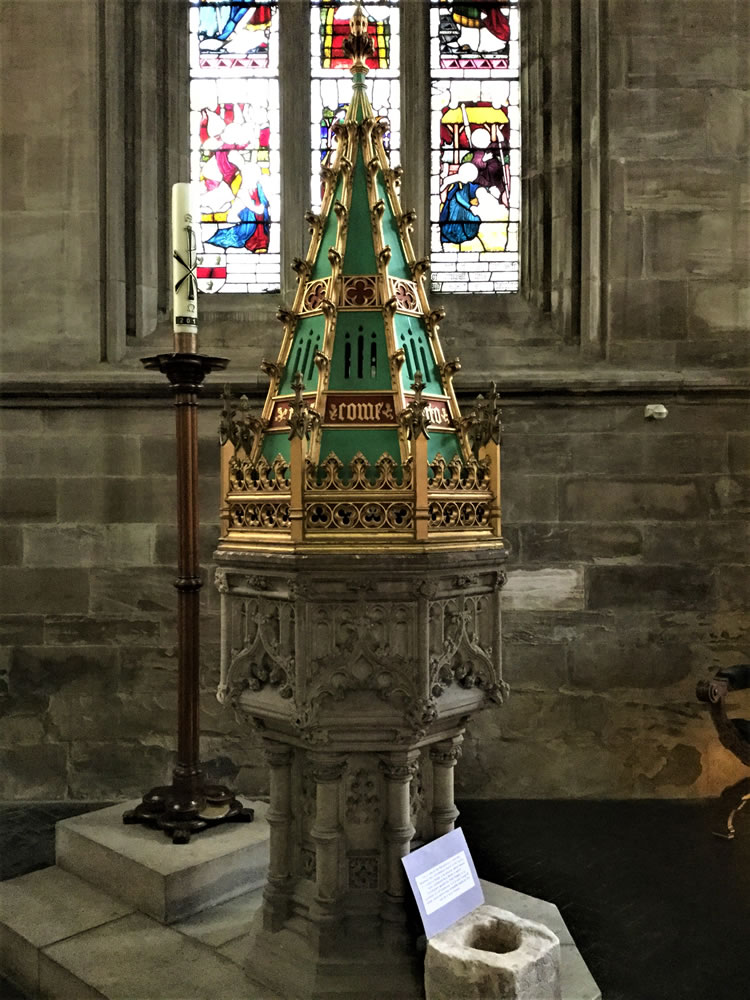 I always find it fascinating to try and understand more about the times and the places connected to an ancestor and so, in order to build the family history story around the genealogical facts from the parish registers, I also like to see if there is a Trade and Residential directory with a short contemporary description of the area.

In this case TheGenealogist allows researchers to consult the 1835 Pigot's Directory of Warwickshire where I could read that at the time that my ancestors' came down from Edinburgh with their young family Leamington was an attractive place to live with "mineral springs (that) have drawn the attention of many distinguished medical men...its increasing celebrity as a fashionable resort for health and recreation has caused a spirit of emulation to rise, not only among the inhabitants, but also amongst several spirited individuals from a distance, who have vied with each other in establishing and erecting every description of building that could possibly add to the convenience, comfort and amusement of its visitants."

I wonder if my ancestors were caught up in the building boom of Leamington. I know that Charles Hay was an investor in the London and Birmingham Railway, while he was still a resident of Leamington in 1839. What I don't know is whether he sunk any funds into the developing Warwickshire town - though I know that later he would give his occupation as a Proprietor of Houses. 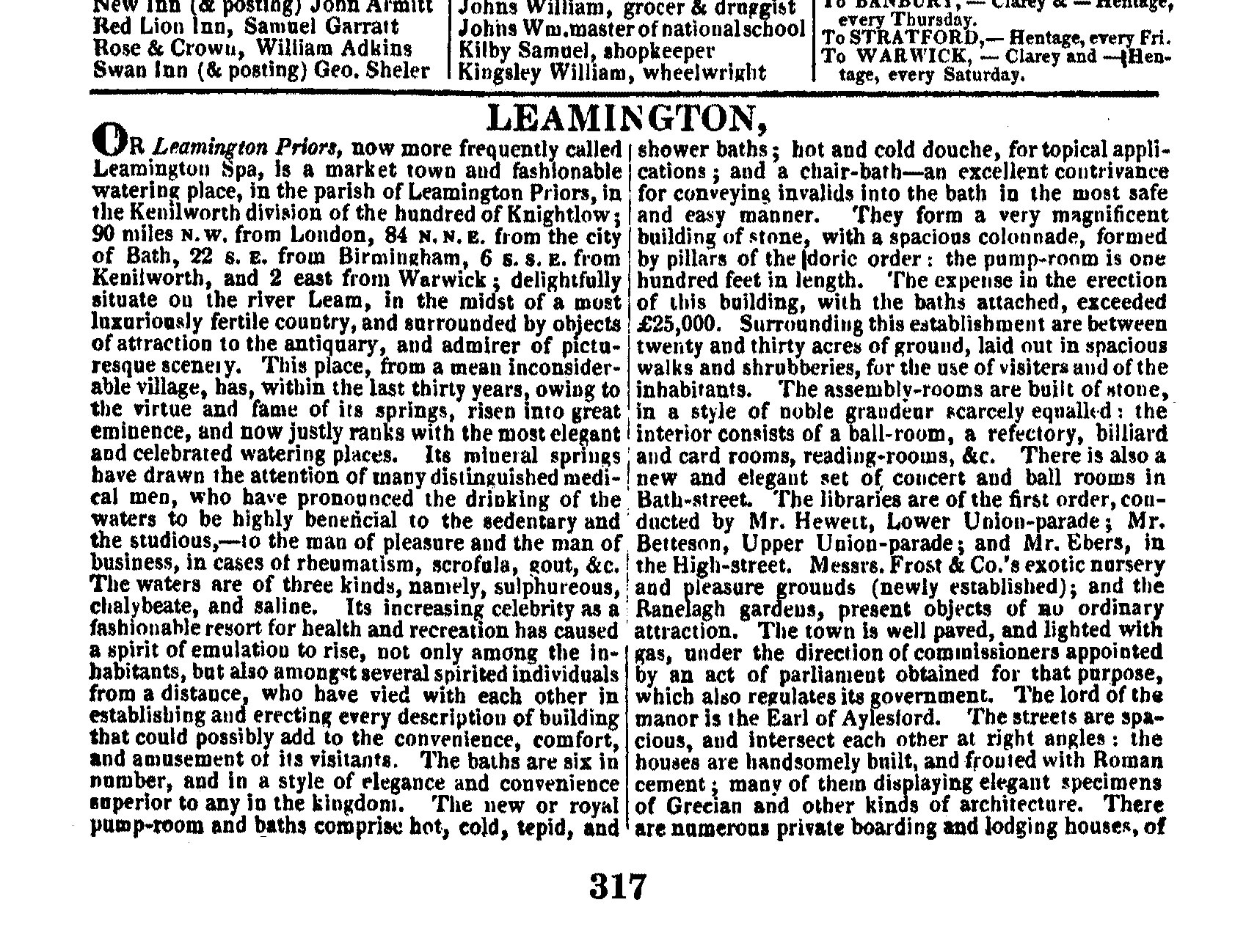 The Parish Registers of Warwickshire, sourced from the Warwickshire County Record Office, are an essential primary resource for those researching ancestors from this part of the country. With the benefit of high quality images, complementing the transcripts, you may also find some interesting extra information added as a note on the page that will then help you take your research further as you build your family story.