Shirley Ballas - Who Do You Think You Are?

"Clara was a bit of a party girl – lively and adventurous..."

Shirley Ballas is a Ballroom dance champion and now the head judge of BBC One's Strictly Come Dancing. The celebrity has been dancing since she was a small child. Shirley Rich was born in Wallasey in 1960 and was raised by her mum Audrey on a council estate in Merseyside. From the records on TheGenealogist we can find her birth registration and see that her mother's maiden name was Standring. 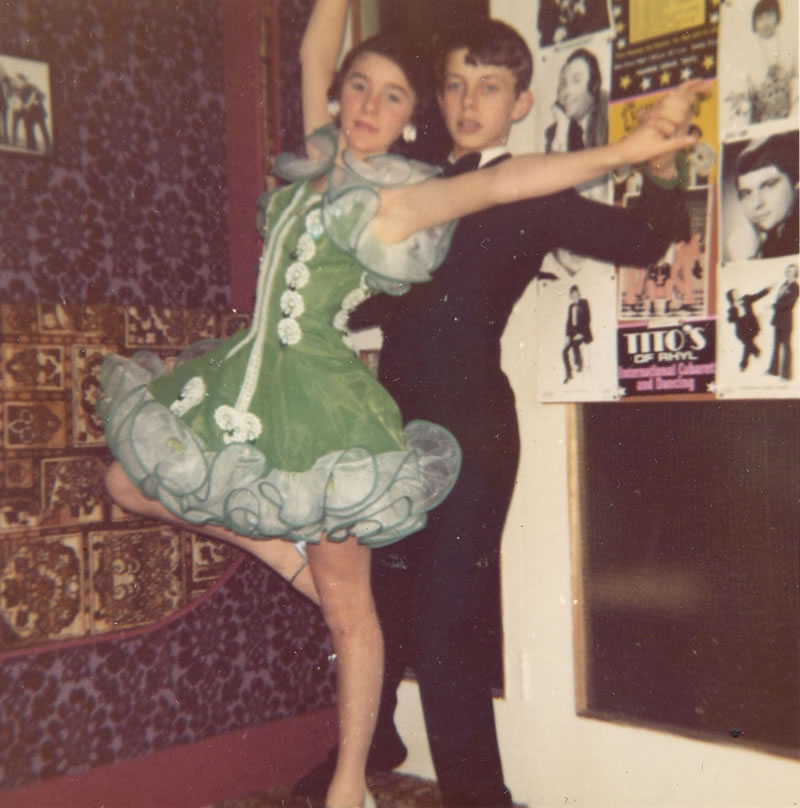 By clicking through to the Potential Parent's Marriage SmartSearch, TheGenealogist finds her parents' marriage in 1958 revealing that they were George Rich and Audrey Standring.

Her parents separated when she was aged two, so Shirley knows more about her mother's side of the family than her father's. In her paternal line there is an intriguing rumour that there is some black ancestry. And on her mum's side she's heard a family story that her great grandmother, Clara Sutton neé Eccles, had deserted her family in England in order to go and live in America. The family tale indicates that her great grandfather George Sutton died of a broken heart, and that their children – including Shirley's grandmother Daisy – were then brought up by their paternal grandmother. An account that Clara was a bit of a party girl – lively and adventurous - has also been passed down in the family. Shirley wants to get to the bottom of all these stories and find out why Clara left the family and also what actually happened to her. 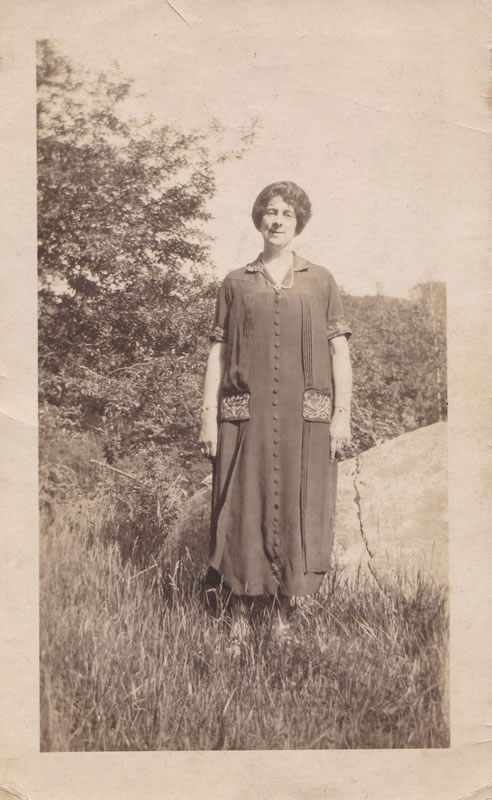 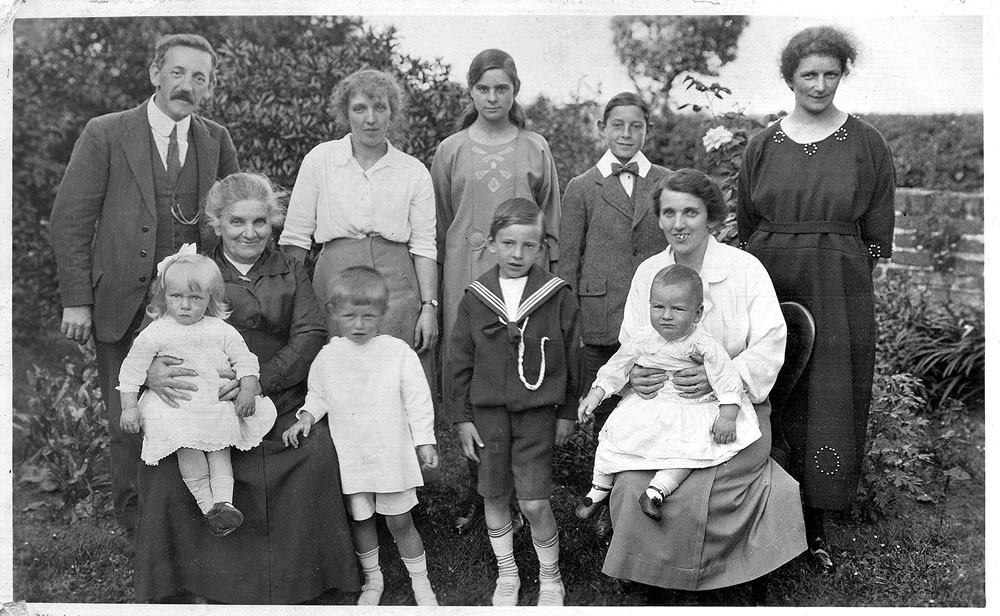 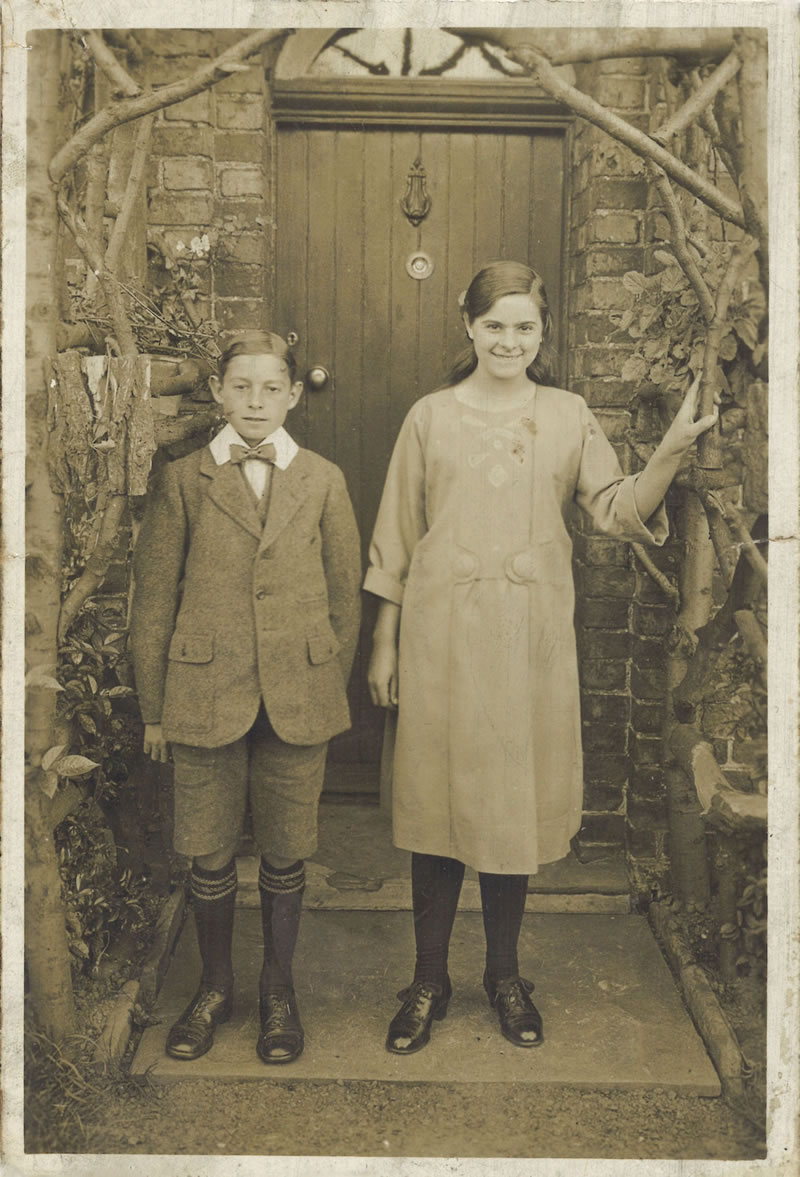 On her journey through her Who Do You Think You Are? episode, Shirley soon discovers that the reality was different from the stories. Her great grandfather George had moved out of the family home that he had shared with Clara before she had even left for America. Furthermore, it turns out, that he died of cancer and not of the broken heart, as in the family anecdote. Before he died, he had made a will that named his mother as his beneficiary - so Clara may have been left without the means to look after their children, who ended up being raised by George's mother instead. Left alone and with no income, Clara got married again and moved to America with her new husband where they adopted a daughter. Sadly, research in American legal records show that Clara later petitioned for divorce from her second husband and sought custody of their daughter. She indicated that her second husband had been unfaithful and physically abused her, leaving her in fear for her life. Clara won her divorce, but two years later she was admitted to hospital with a brain condition resulting from having caught syphilis – which caused progressive dementia. She was a patient in hospital for the next 17 years until her death in 1947, when she was aged 66.

By using TheGenealogist we can find Clara Spidell, as she was by that time known, in the 1940 US census. Clara is recorded as 59, Divorced and her citizenship status shows that she had applied for the first papers in the process of becoming a US citizen. 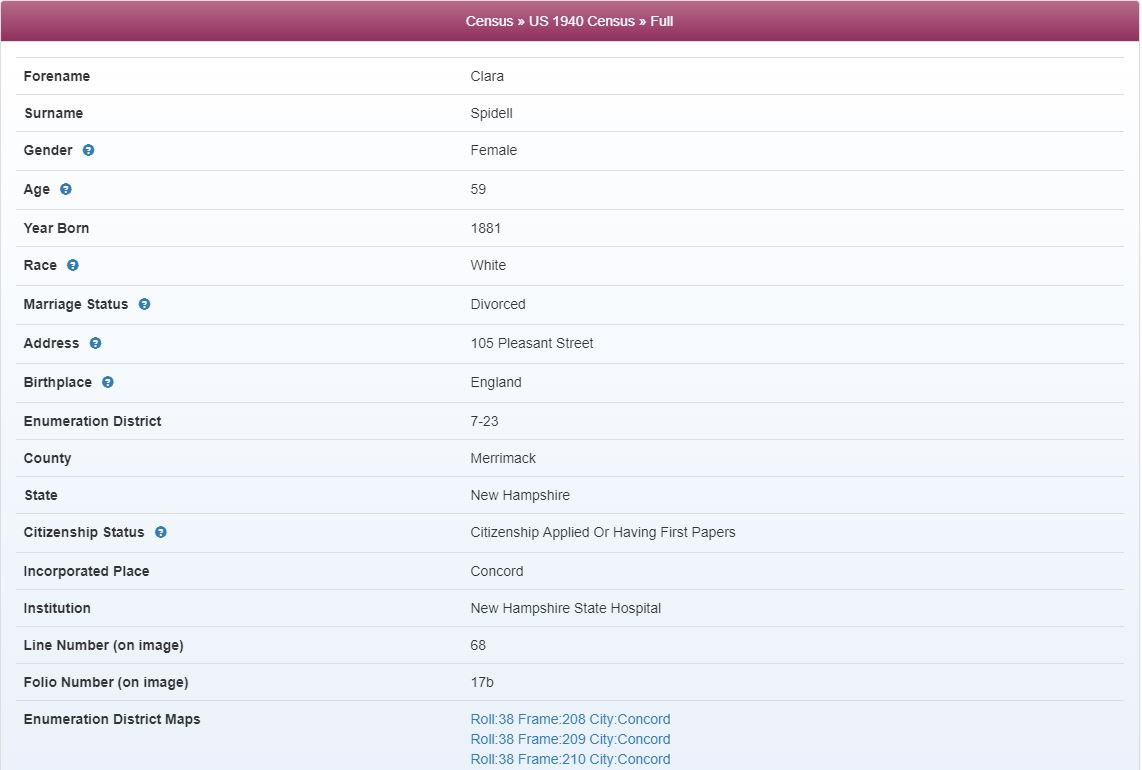 1940 US census transcript on TheGenealogist 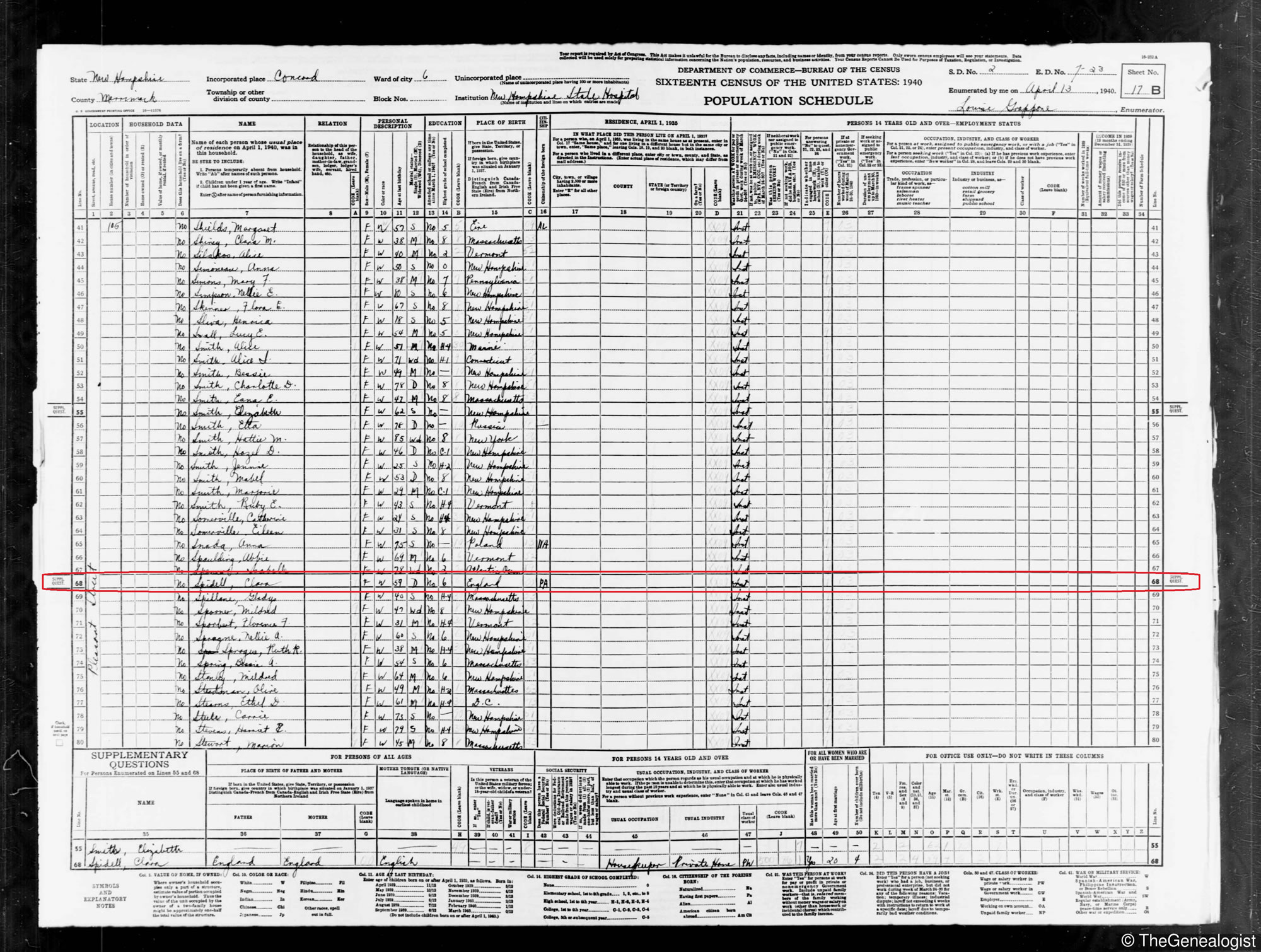 Clara Spidell's entry in the 1940 US census at the New Hampshire State Hospital in Concord, Merrimack

These discoveries, about Shirley's great grandmother Clara, while they were sad had broken down the myth that she had abandoned her family to run away to America.

Shirley's voyage into her family's past then turns to investigate the family story of there being black ancestry on her father's side. Her paternal grandfather, George Rich grew up in a poor neighbourhood in Birkenhead - a bare-knuckle boxer. Searching online we can find the 1901 census. This shows that his father – her great grandfather and also named George Rich – was born in Cape Town, South Africa. She decides to travel there to get to the bottom of this family rumour. 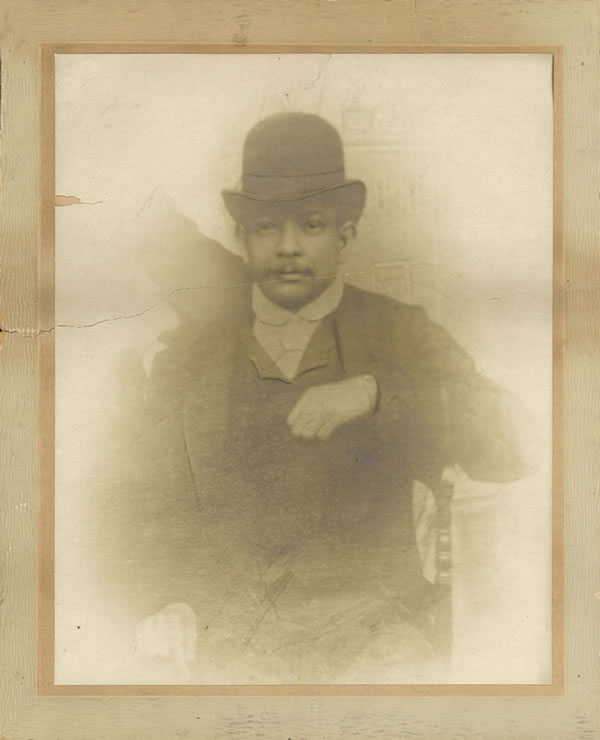 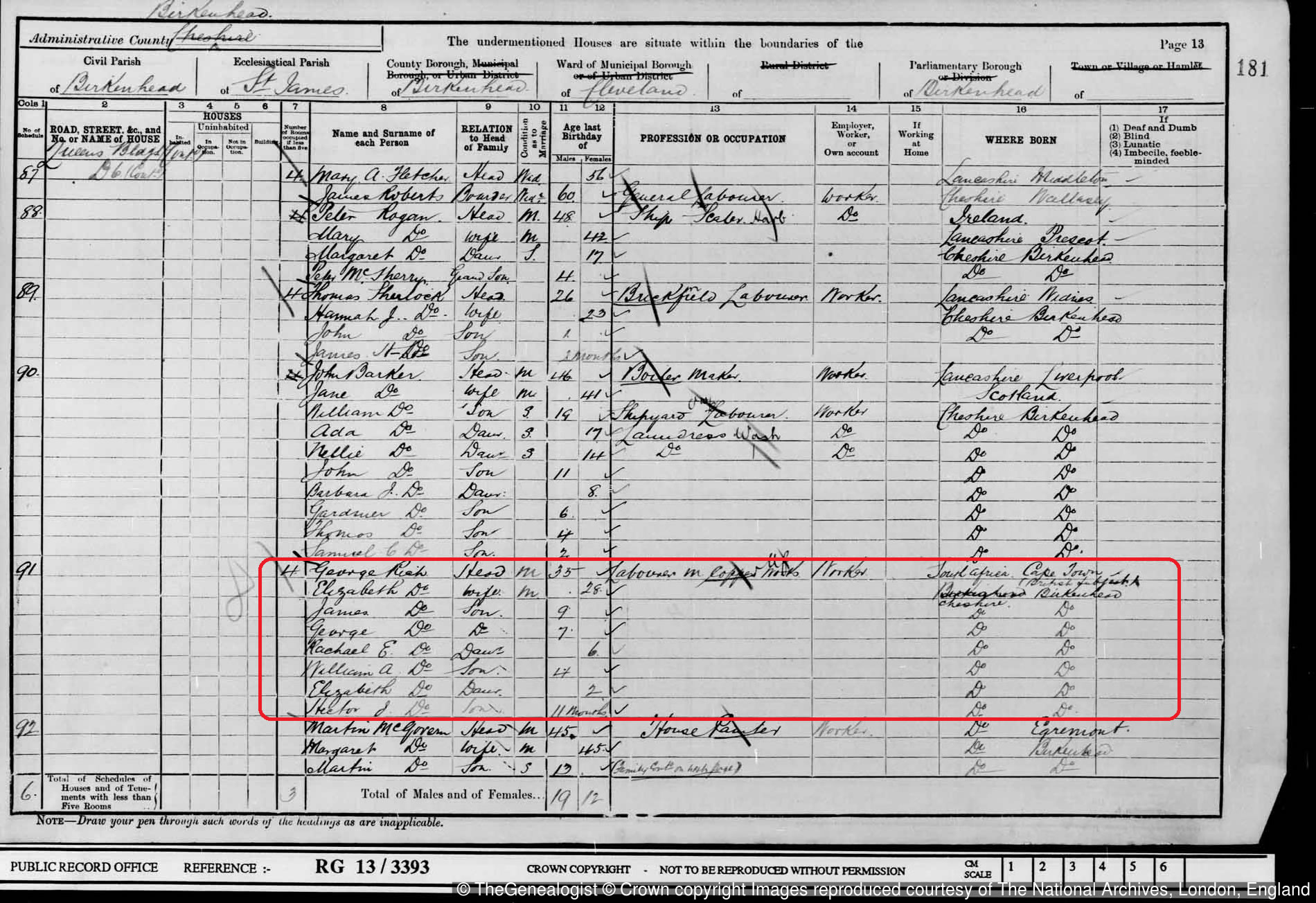 In Cape Town, the Who Do You Think You Are? programme researchers had found a death record for her great grandfather's sister. Shirley discovers from this that under "Race" her relative had been described as "mixed." This evidence points to her great grandfather George Rich also having been of mixed race.

Tracing this line of her family Shirley reaches the mid-19th century and discovers that her 3 x great grandmother Caroline Otto and her children were all baptised into the Anglican Church at around the same time. Caroline was an adult at the time and her parents (Shirley's 4 x great grandparents) are noted in a document as being "Malay". At this time in the 1850s "Malay" was used as a catch-all term in Cape Colony for Muslims who were not white and didn't refer to people from modern Malaysia. Instead the term "Malay" grouped together the peoples from several ethnic minorities who had come to the British colony from Indonesia, India, as well as East and West Africa. A person of the Muslim faith with any or a mixture of these ethnicities would therefore be referred to as "Malay".

The Anglican missionaries, at this time, saw it as their duty to try to convert the "Malays" and so this would explain why all these members of the Otto family – formerly Muslims – were being baptised at around the same time. From this information Shirley now knows that her 3 x great grandmother Caroline Otto was not european and nor were her parents. What is impossible to know from the records is exactly where they came from.

The BBC programme sees Shirley travel to the neighbourhood of Bo-Kaap. In the 1850s this was the Malay Quarter of Cape Town and would have been where her 3 x great grandmother Caroline Otto lived. Shirley learns on her visit that at the time that her ancestors lived in Bo-Kaap it was a very poor area. The residents of the area had several things in common including their muslim religion and that they were mostly former slaves or the children of former slaves.

The history of the Cape had seen slaves being brought in by the European imperial powers over the years. The slave trade across the Indian Ocean is a different story from that of the Atlantic slave trade which people are more familiar with. Men and women were first imported to the Cape by the Dutch in 1658 and then through the rest of the 17th and 18th centuries the trade increased to bring in even greater numbers from the regions of the Indian Ocean where the Dutch East India Company had trading influence such as Indonesia. The slaves came from a diverse area that reflected the shifting trading and political influences over that period. The British took over Cape Colony in 1806 and this was at a time of growth in the private slave trade from the 1790s, when the French, Spanish, and Portuguese traders were also now developing a stake in selling slaves into the Cape. From this Shirley now understands that in addition to her 3 x great grandmother Caroline Otto and her parents having roots that may have come originally from Indonesia, India, East Africa or West Africa, at some point in her life Caroline Otto could have been enslaved…or that her parents were slaves of European masters.

Shirley's quest now takes her further back in her Otto line. She now understands that her 4 x great grandmother was almost certainly also named Caroline Otto and that her place of birth was "Malagas" which means that Caroline Sr. was from Madagascar. In the 1800s Madagascar was another melting pot of people with the Malagasy having mixed origins from both Southeast Asia and Africa. One of the biggest causes of the mixture of ethnicities in Madagascar was its own slave trade and then many of the slaves traded into South Africa were brought from Madagascar.

The genealogy programme sees Shirley looking at Caroline Snr.'s age on her death certificate - it reveals that she was "between 50 and 60" in 1848. From this they can work out that she was probably born between 1790 and 1800. As the importation of slaves was not abolished until 1807, when Caroline Snr would have been aged between 7 and 17 years, plus the lack of precision about her age on the death certificate also adds weight to the suggestion that her status was that of a slave. Shirley's family history journey has shown her an exciting and richly diverse heritage from Britain to links across the Indian Ocean from Africa and Southeast Asia.

Sources:
Press Information from IJPR on behalf of the programme makers, Wall to Wall Media
Extra research and record images from TheGenealogist.co.uk
Photos from BBC Images