Criminal records can reveal ancestors locked up in convict prisons

Historic prison registers between 1838 and 1875 for Millbank, Parkhurst and Pentonville record adults and children imprisoned

The release of the HO 24 registers of prisoners in Millbank, Parkhurst and Pentonville prisons allows us to discover information on each prisoner that had been recorded. Details that can be gleaned vary but usually includes their age, marital status, whether they can read or write, their trade, when and where they were convicted, their crime, the sentence they were serving, where and whence received, previous offences, when removed and where to.

Millbank Prison had been a prison in the area of London by the same name and was opened in 1816 and eventually closed in 1890. It was originally constructed as the National Penitentiary on a distinctive design of six pentagon wings fanning out from a central point which housed the chapel. The design, however, had its flaws not the least of which was that the network of corridors was so labyrinthine that even the warders got lost. Also the ventilation system permitted sound to carry, which allowed prisoners to communicate between cells.

For part of its history it served as a holding facility where the authorities sent convicted prisoners before they were transported to Australia. 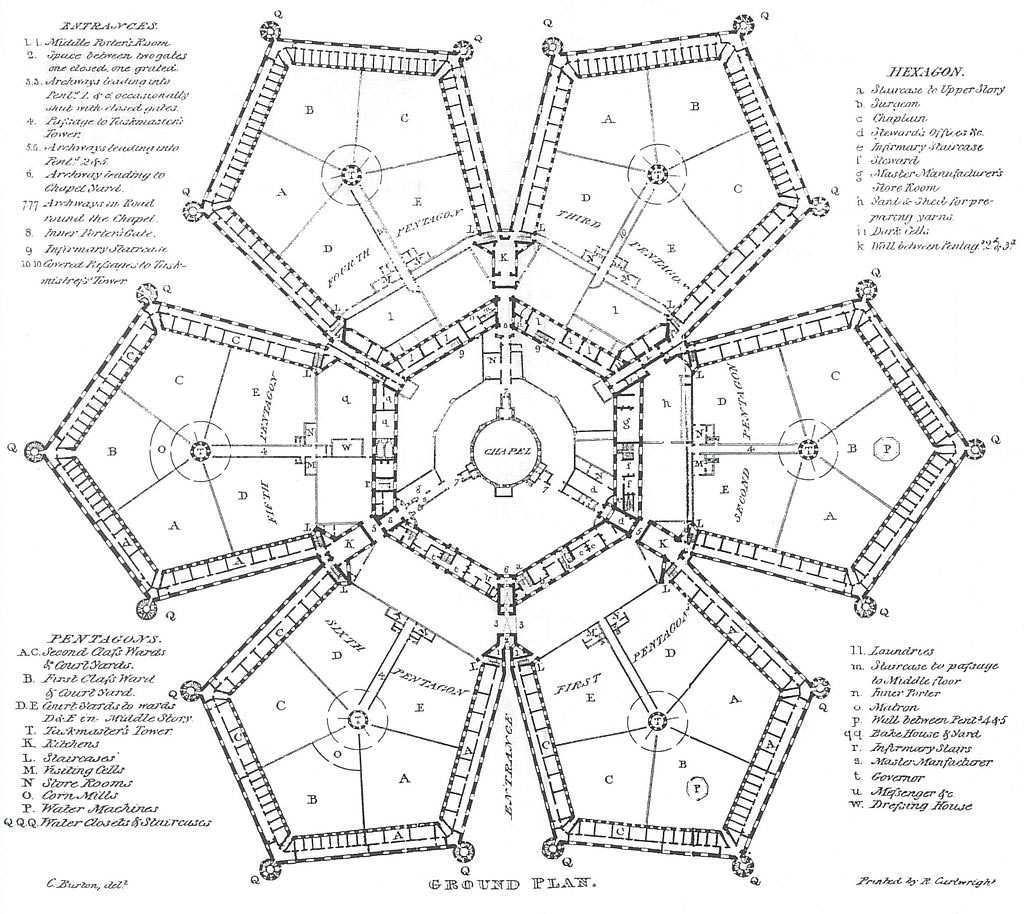 Parkhurst prison on the Isle of Wight was opened in December 1838 as a prison for young male offenders, most of whom were aged 16 and under. Between 1863 and 1864, it was then converted into a temporary female convict establishment before in 1869 the women were removed to a new prison built at Woking. At this stage Parkhurst then became a prison for male convicts. 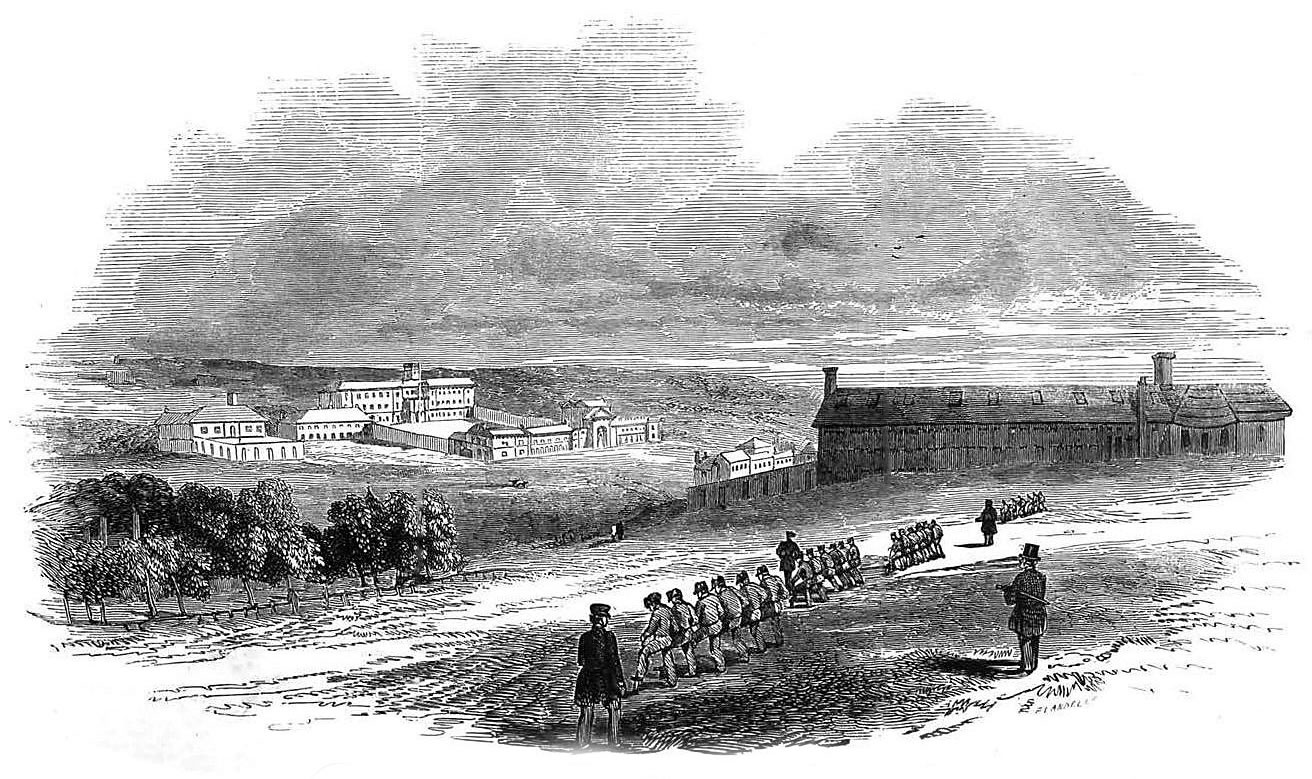 Pentonville was then built in 1842 in North London and its design was a development of the system used at Millbank. With the reduction in transportation of convicts to Australia and the cutting back in the number of crimes which attracted the death penalty, the prison population was increasing at this time. The reasoning behind the new prison's design was to keep prisoners isolated from each other and so it consisted of a central hall, with five radiating wings, all of which were visible to prison warders stationed at the centre of the building. It was built to accommodate just over five hundred prisoners under the "separate system". The convicts would be isolated in their own cells, which had been constructed to deaden sound and so prevent inmates from communicating with each other. 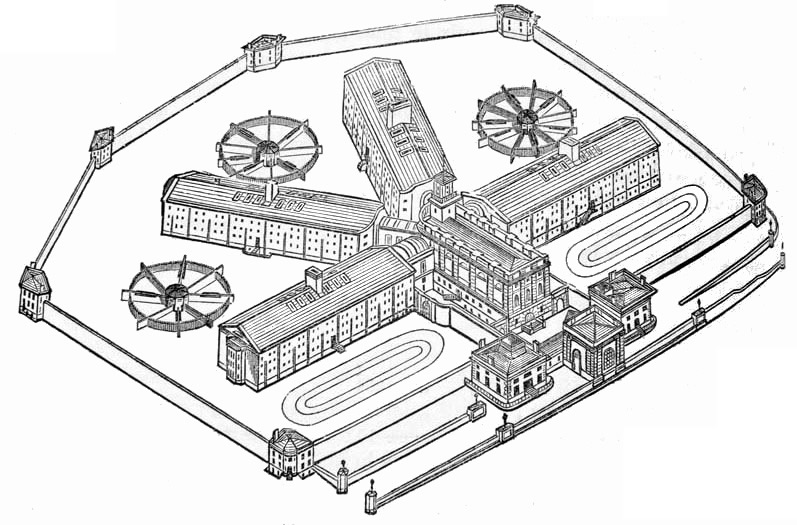 Even children can be found in these prisons!

To modern eyes, the inclusion of young prisoners in these records is shocking. Searching TheGenealogist's release of HO 24 records reveals convicts whom today we would consider to be children. These prisoners had been sent to institutions where they would be housed along with adult prisoners. In the records for 1848 there is the case of one John Brown, a boy aged 14 years old. John had been convicted at Knutsford of stealing shoes and he had previous convictions for the same offence and so he was sentenced on the 26 June 1848 to be incarcerated for seven years. 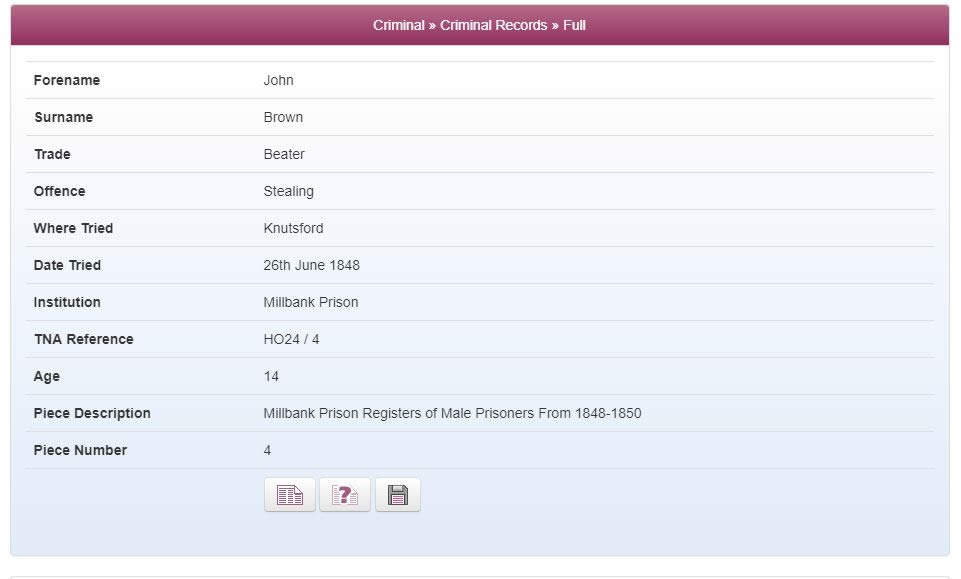 The Millbank prison register tells us that he was received there from Knutsford on the 19th July 1848. But he was not to spend long in that particular establishment before the authorities "removed" him to Parkhurst Prison on the 7th August 1848. The Parkhurst registers also reveals that on the 8th November 1849 he was "Delivered to the County Police" and we must wonder where they then took him! 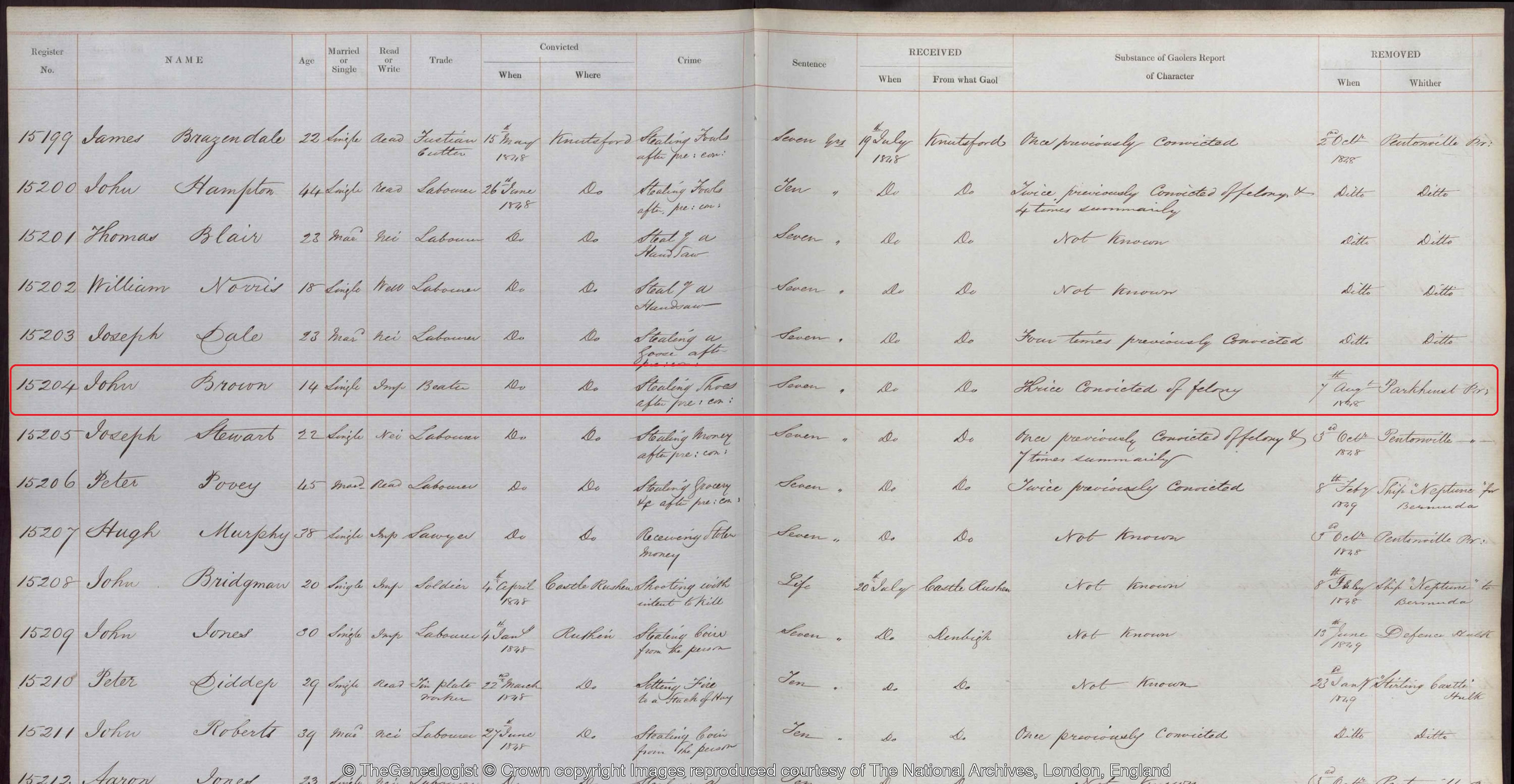 Young girls were also imprisoned by the system. A search in these new records finds the example of a one time servant Elizabeth Vamplew who, at only 13 years old, was serving twelve years penal servitude for manslaughter by poison.

Her conviction had been up in Lincoln on 26 July 1862 and she was recorded while serving part of her sentence in Millbank Prison. Elizabeth can be found in the HO24 Millbank Prison registers of female prisoners from 1850-1865 and this record notes her subsequent transfer to Parkhurst on the Isle of Wight on the 17 April 1863.

There are many Court and Criminal records on TheGenealogist for researchers to look for ancestors who may have been victims, or the perpetrators of crime. The records can add some interesting insight into those who were caught up in the prison system. In the case of young Elizabeth Vamplew we can follow her in some of the other criminal record sets on TheGenealogist - she appears several times in the HO 8 Quarterly Returns of Prisoners in Convict Prisons and Criminal Lunatic Asylums. In theses we can see that her health changed from being "Healthy" in 1865, to then being "Delicate" in 1866, and further declined to be recorded as "An Invalid" by 1867. A bit of further research at The National Archives points to her being let out of prison when she was released on licence number 3020 in that same year.