Cases of assault, cutting and wounding, desertion, embezzlement, forgery, housebreaking, insubordination in the military, killing a sheep with intention to steal, larceny, murder and rape - these are just some of the crimes that our ancestors may have committed to end up in a convict prison according to the recently released records on TheGenealogist. Prisoners that have been sentenced in courts from across England, Scotland and Wales can be found in these records. There are also a number tried in British military outposts such as Malta, Gibraltar and St Helena and sent back home to be imprisoned in a convict prison such as Brixton, Fulham, Portland or Portsmouth, as well as the Criminal Lunatics who ended up in Broadmoor.

Administering poison to her daughter

In these records we can find the 28 year old Harriet Morris in an entry for the Central Criminal Court. The convicted woman was an unmarried mother who had been working in domestic service in London. Her conviction in December 1866 was for administering poison to her daughter; a crime for which she given a sentence of fifteen years in prison. In reports on the trial it turned out that Harriet had given birth to an illegitimate daughter called Emily Louisa Morris. As a servant, Harriet would not have been able to keep the child with her and so the young girl was boarded out with a widow named Elizabeth Brown. The widow was to be paid a regular sum by Harriett and the girl's father. Unfortunately the money was in arrears and Harriet must have been quite desperate when she hit on the plan to kill her daughter as a way out of her predicament. 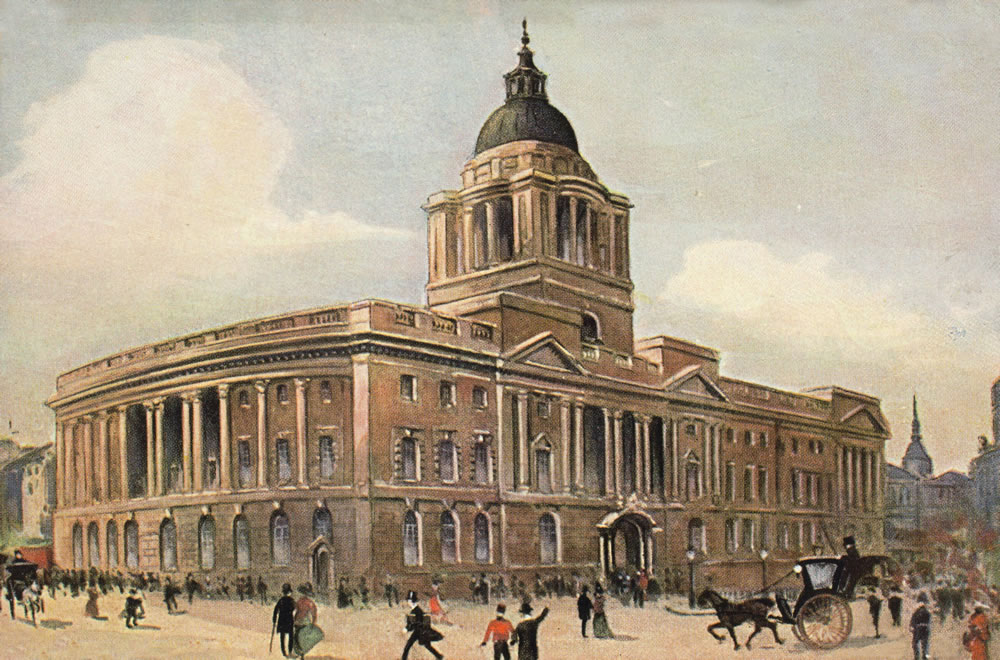 The proceedings at the Old Bailey revealed that the prosecution accused Harriet of taking her daughter to a dark avenue and attempted to poison her there. Harriet dipped a bun she had for Emily into some liquid and got the girl to eat it. The child was quickly sick and complained of her mouth smarting from what she had eaten. Harriet then abandoned the poor girl, even though the child was calling out to her mother. A passerby found the distressed child and the police returned her to the widow's house. In the trial a chemist gave evidence that the liquid that had stained Emily's clothes was the poison oxalic acid and the jury found Harriet guilty. She was sentenced to fifteen years of penal servitude and we can pick her up in the HO 8 records, as well as the CRIM 9 Central Criminal Court: After Trial Calendar of Prisoners 1866, on TheGenealogist. The HO 8 record reveals that she was sent to the Convict prison at Woking which was reported as a prison where invalid prisoners were sent, including those with mental illness which she was most probably suffering from. 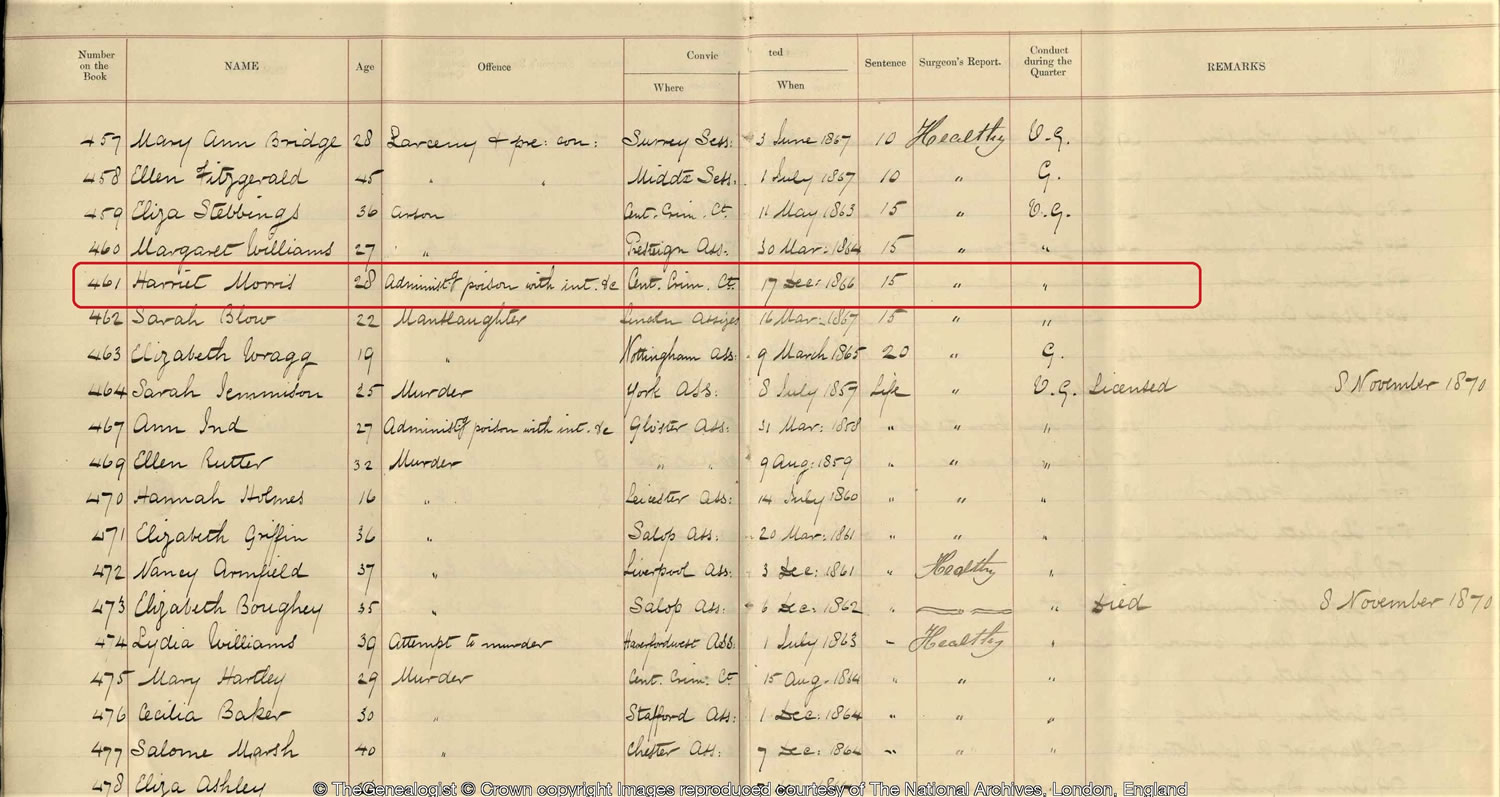 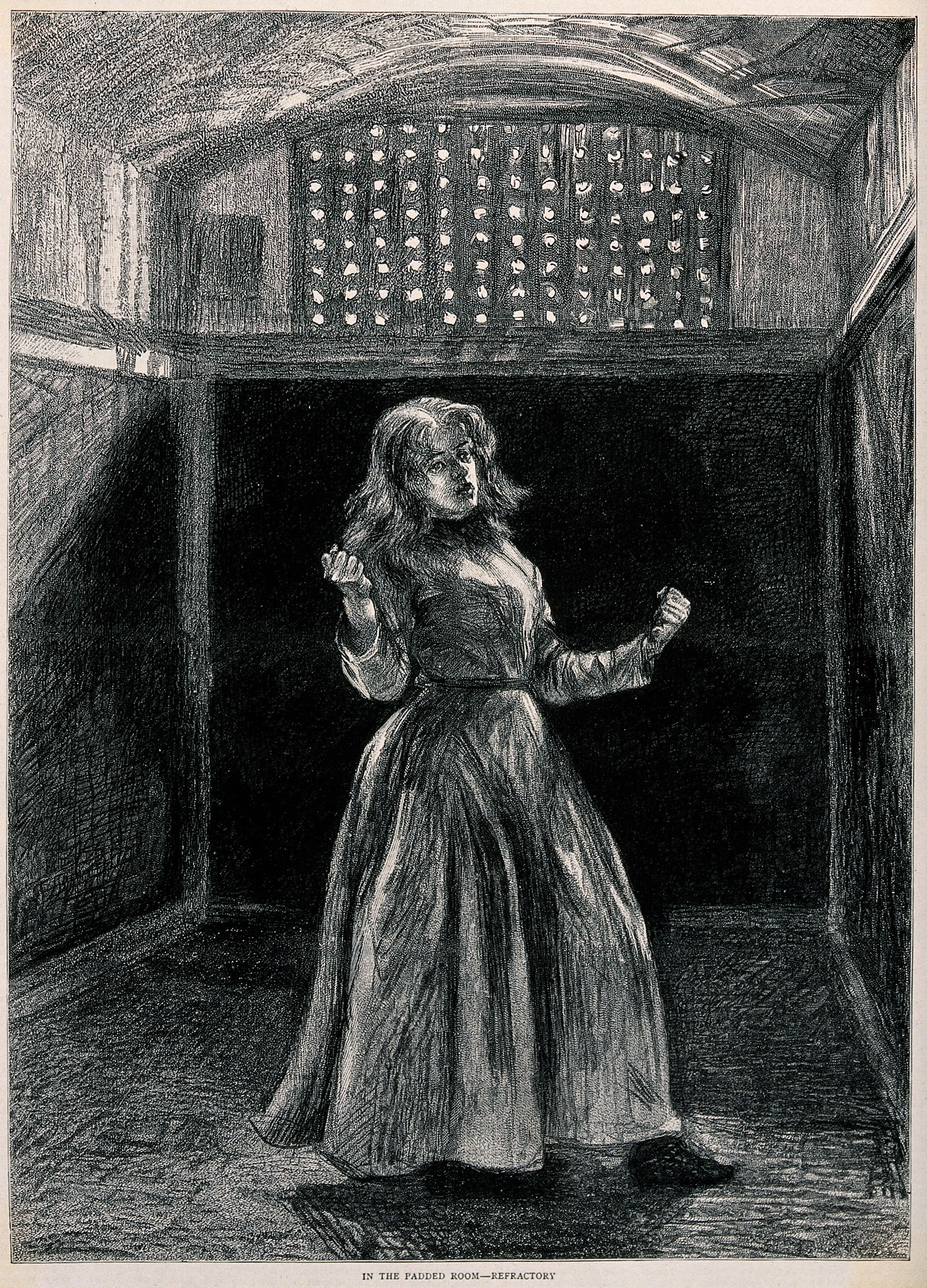 Detained at Her Majesty's Pleasure

In November of 1837 another character to be found in the HO 8 records is Captain John Goode. From a wealthy family in Devon and having once served as an officer in the 10th Foot, Goode has the distinction of being tried for angrily gesticulating at the young Queen Victoria as she passed him by in her carriage and the slanderous words that he shouted at her.

The Queen was being driven down Birdcage Walk in London when the respectably dressed 40 year old gentleman, with a star pinned to his breast, shook his fist at her and shouted that she was a usurper and that he would have her off the throne. It emerged that Goode was convinced that he was the son of King George IV and Queen Caroline. In his mind, as he was King John II, Victoria had illegally taken his throne from him. In the courtroom Goode threatened that he would impale then disembowel the entire royal family if he could! 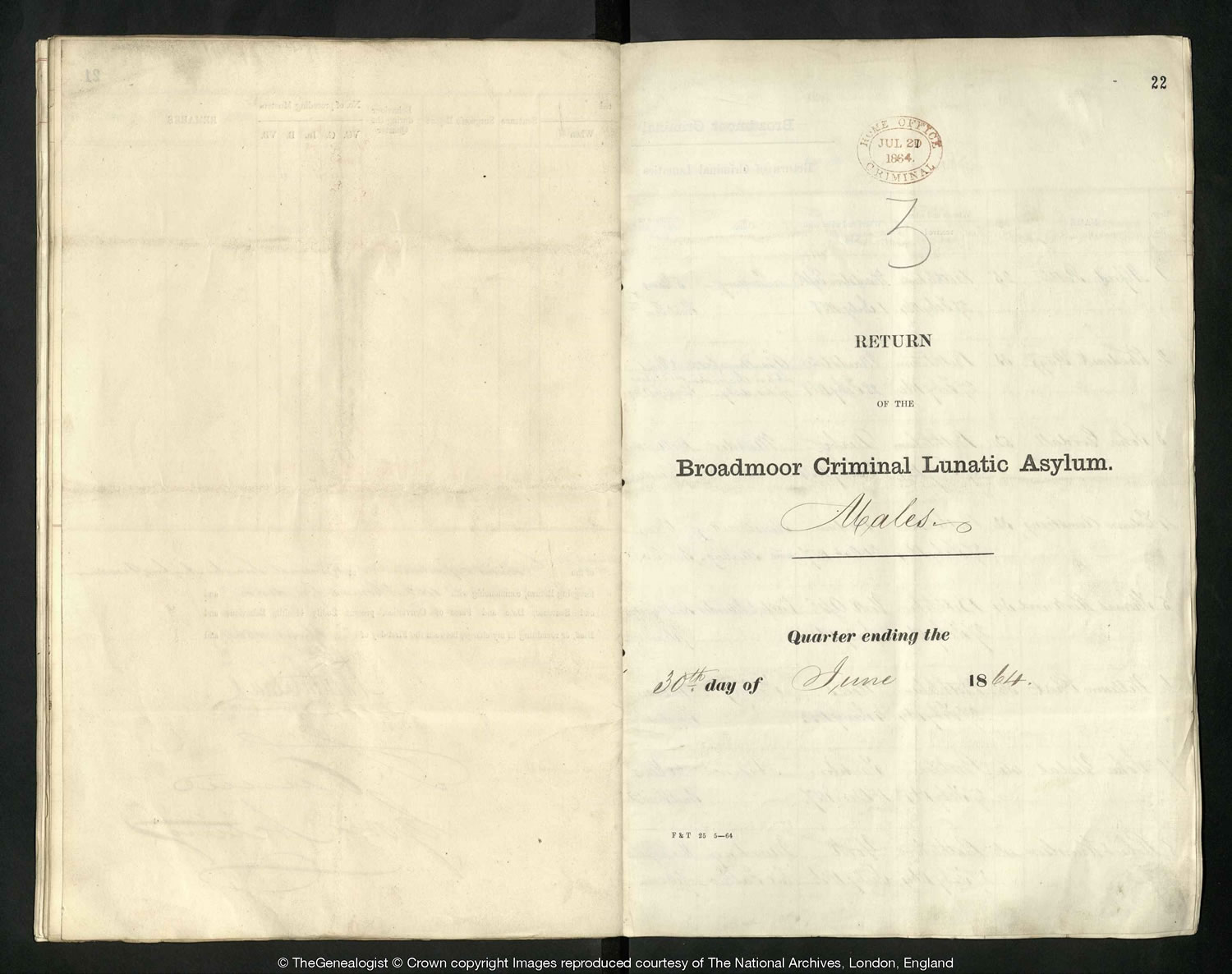 The Broadmoor register for the June quarter of 1864 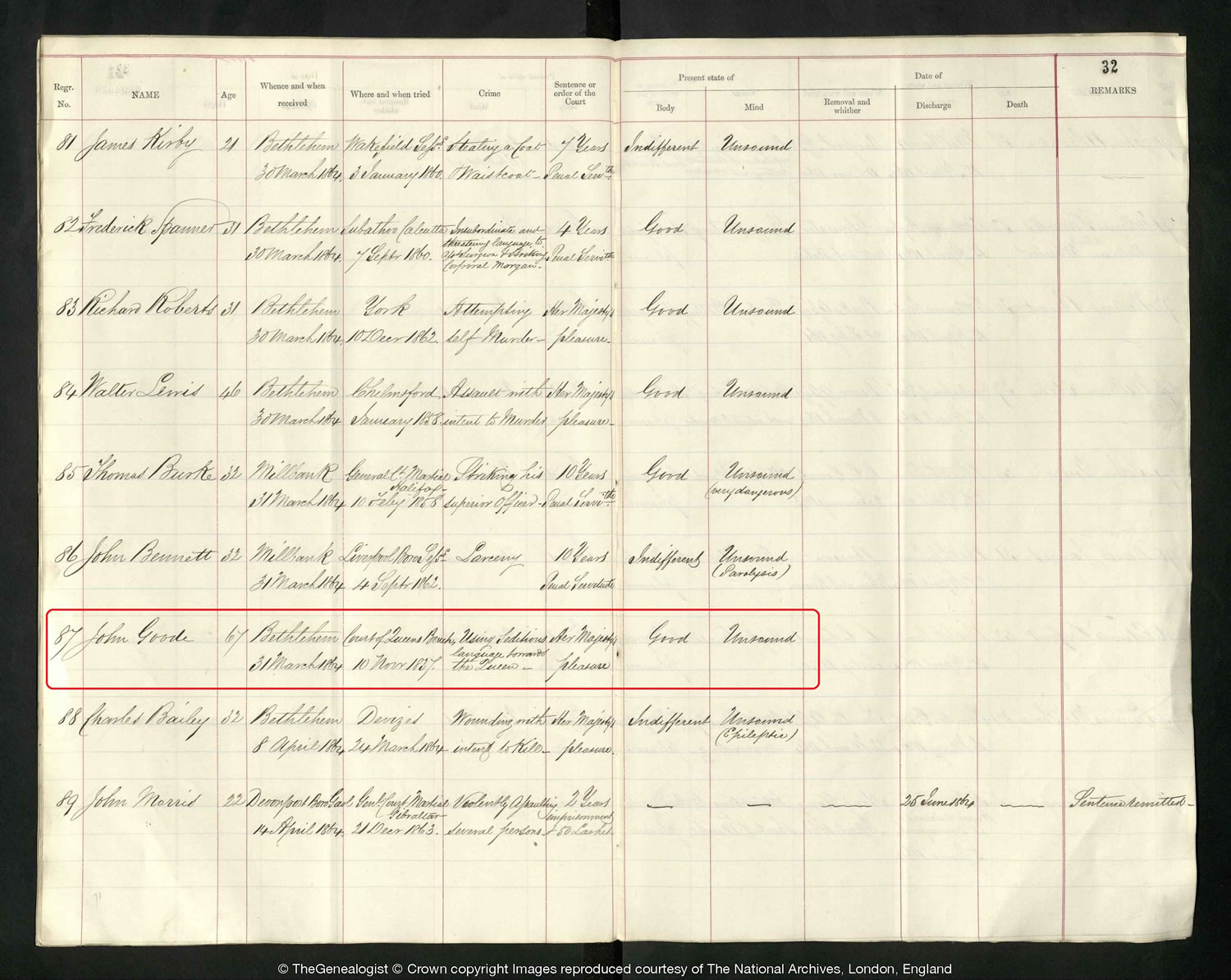 John Goode in the Broadmoor Asylum when it opened in 1864 showing that he had originally been sent to Bethlem (sometimes known as Bedlam) in 1837. His length of sentence was at Her Majesty's Pleasure.

The deluded man refused to enter a plea and so the judge asked the jury to decide if they considered him insane or not. Tried under The Criminal Lunatics Act 1800 and the jury finding him to be of unsound mind, Goode was committed at first to Bedlam, sentenced to be kept at Her Majesty's pleasure as we can see in the newly released records on TheGenealogist. In 1864 he was transferred to Broadmoor on its opening and he died there in 1883 still maintaining that he was the rightful sovereign.

These new records on TheGenealogist can be used to find all sorts of crimes committed by ancestors that were sent to a convict institution. 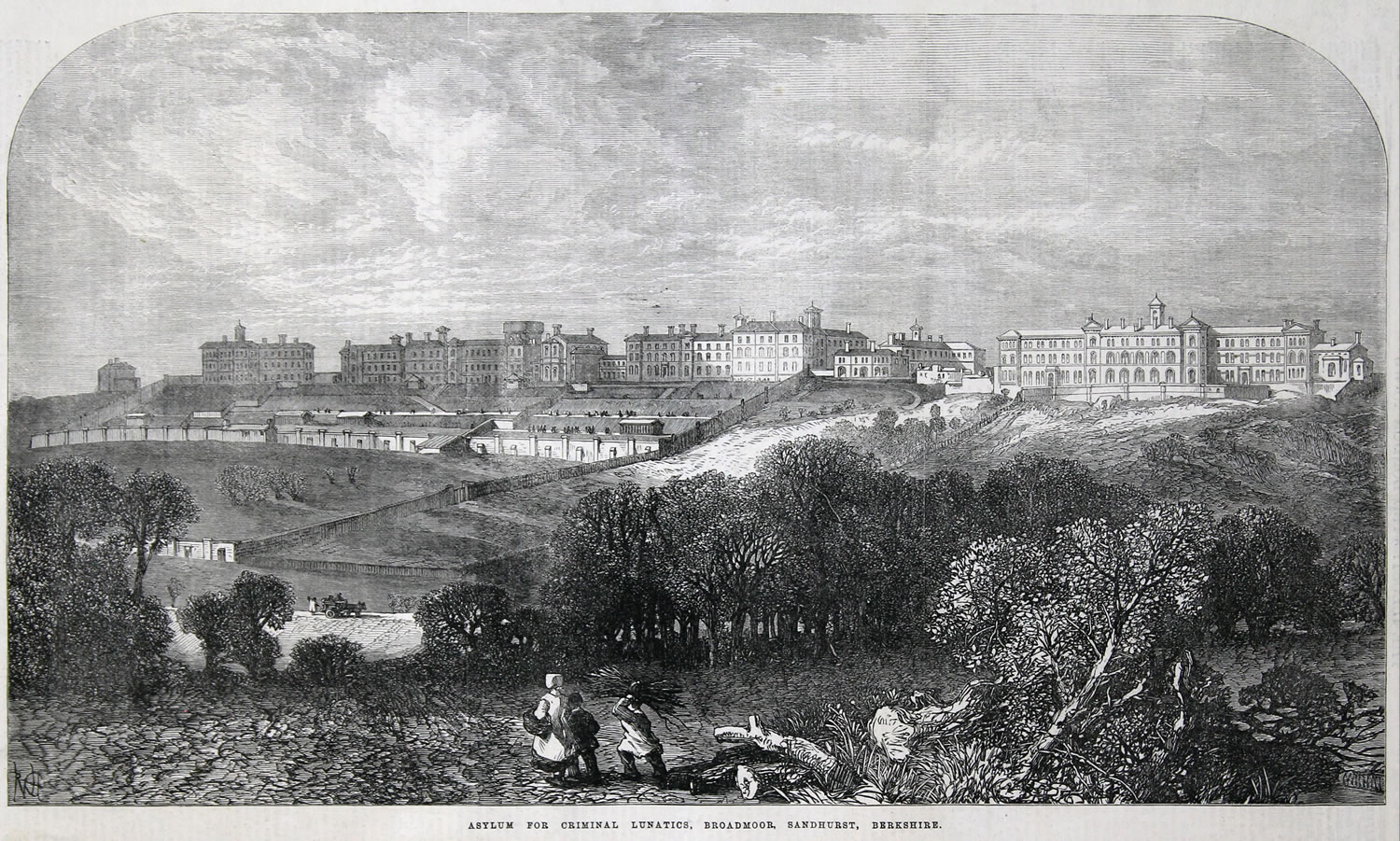