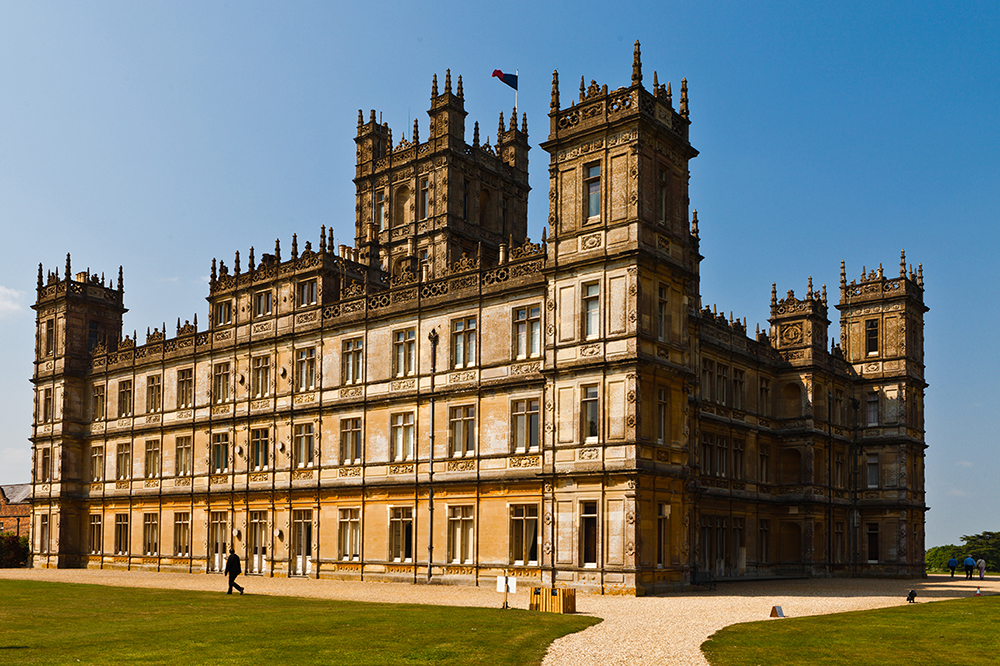 The media has been full of the news that Downton Abbey fans have been waiting for since the award winning television series came to a halt after six successful series – the Downton Abbey film has now been released!

For all those of us that have missed the witty lines of the Dowager Countess of Grantham, played by Maggie Smith, or the tensions below stairs, the film carries on from where the television programmes had left off. The movie is set in the 1920s and the occupants of Downton are preparing for a visit from King George V and Queen Mary. While the fictional Downton Abbey is set in Yorkshire, the real life house that stands in for it on TV and now on the silver screen is Highclere Castle in Hampshire. Now in the custodianship of the 8th Earl of Carnarvon it has been for generations the home of the Earl's family.

Using the resources of TheGenealogist we can find Highclere in Victorian times within the National Tithe collection. The extensive land ownership of the 4th Earl of Carnarvon at the time in January 1838 is revealed in the records, some of which he occupied himself and other plots which while he was the landowner had other occupiers listed. The fascinating thing about this particular record set is that they cover owners and occupiers of land at the time of the survey between 1837 and the 1850s and so will include people that occupied small plots with cottages on them to large stately homes and their grounds such as Highclere. 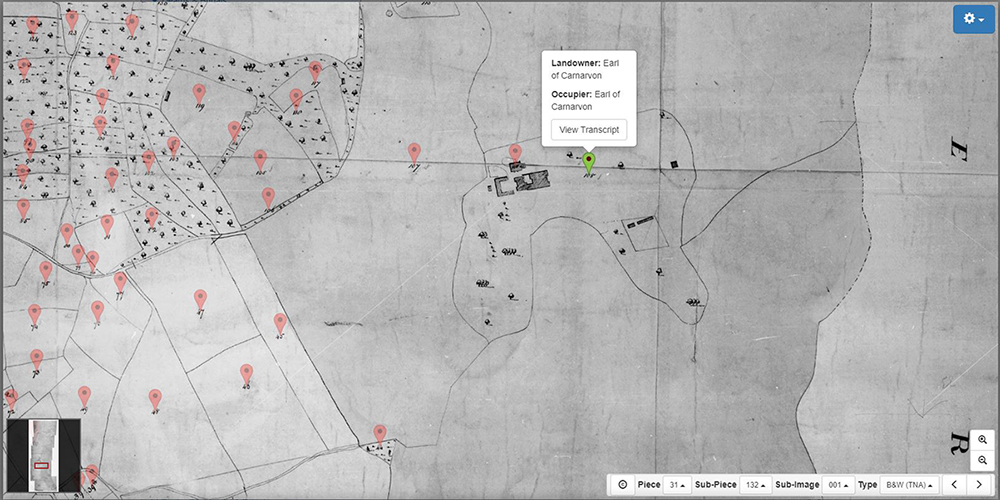 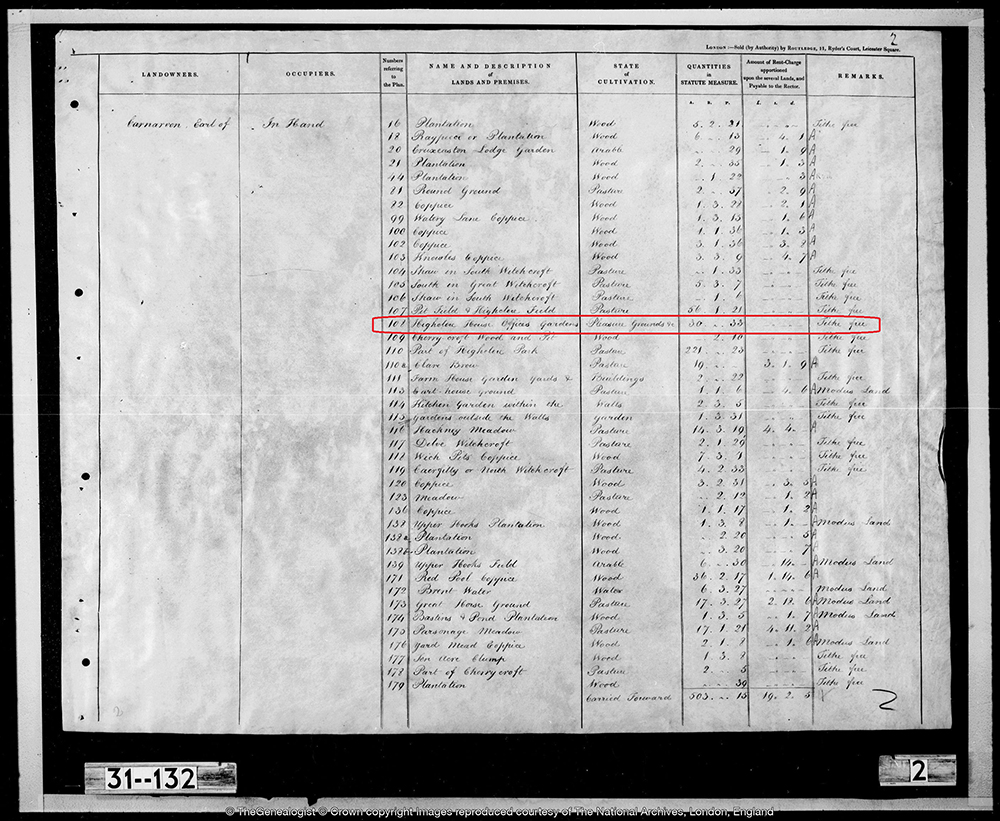 Highclere Castle sits to the south-west of Newbury and had at one time been one of the residences of the Bishops of Winchester. By searching in the Trades, Residential and Telephone records on TheGenealogist we can read more about the village, the area and the house in the 1878 White's Hampshire Directory. The piece explains how Highclere Castle and grounds had been in the possession of the bishopric until the reign of King Edward VI when it was granted to the King. The monarch gave Highclere to William Fitzwilliam, one of his courtiers and then explains how it was sold to Charles II and James II's Attorney-General, Sir Robert Sawyer. Through his daughter, Margaret, who married Thomas Herbert, Earl of Pembroke, the house came into the present family's ownership. 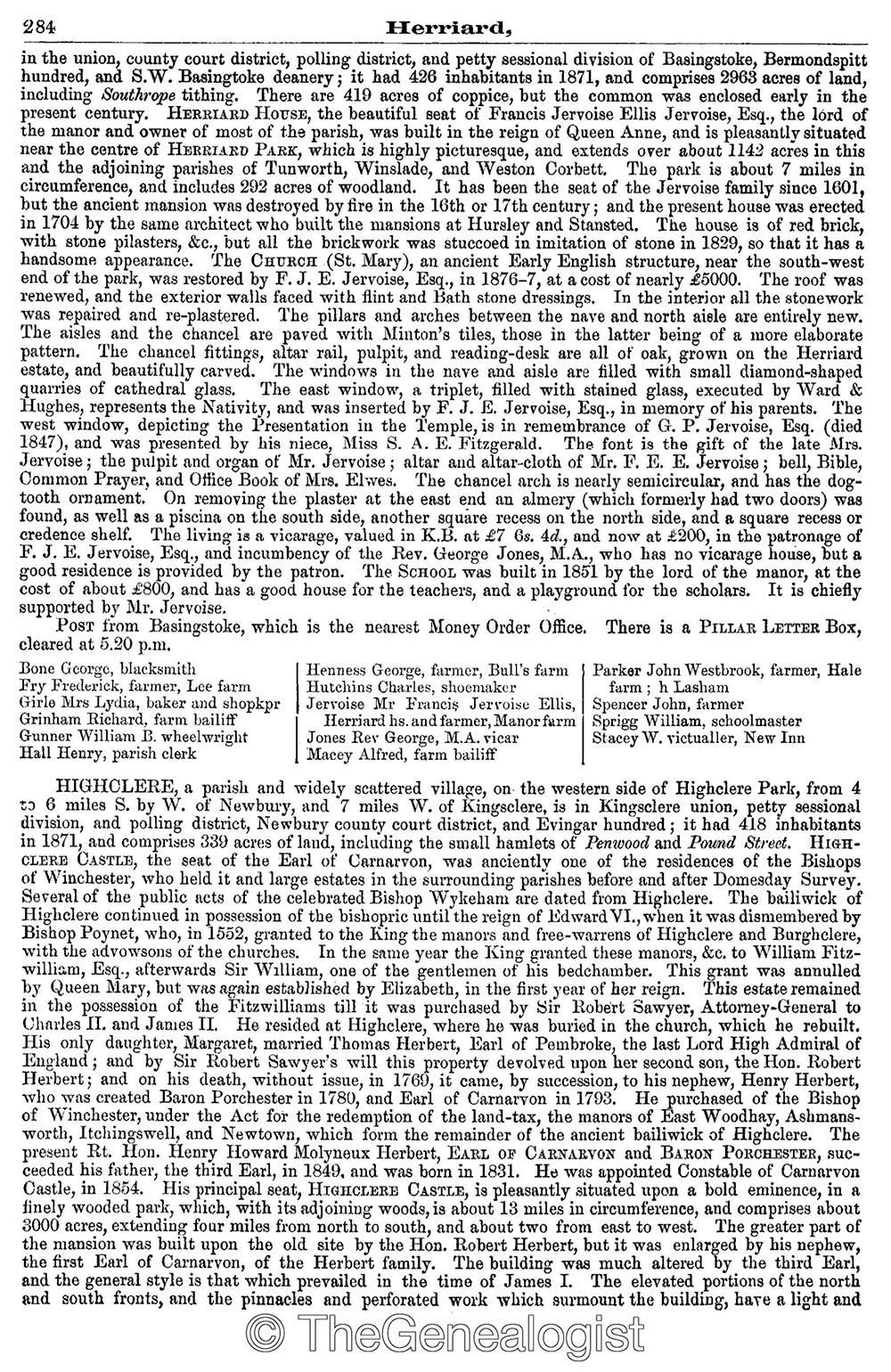 To find out about the Earls of Carnarvon we can turn to the Peerage, Gentry & Royalty records on TheGenealogist where The Peerage Baronetage Knightage of the British Empire 1880 gives details of the 5th Earl's family. His first son, George Edward Stanhope Molyneaux, Lord Porchester would be the Earl of Carnarvon who would bankroll the excavation of Tutankhamun's tomb by Howard Carter in the 1920s – the period that the Downton Abbey film takes place within. 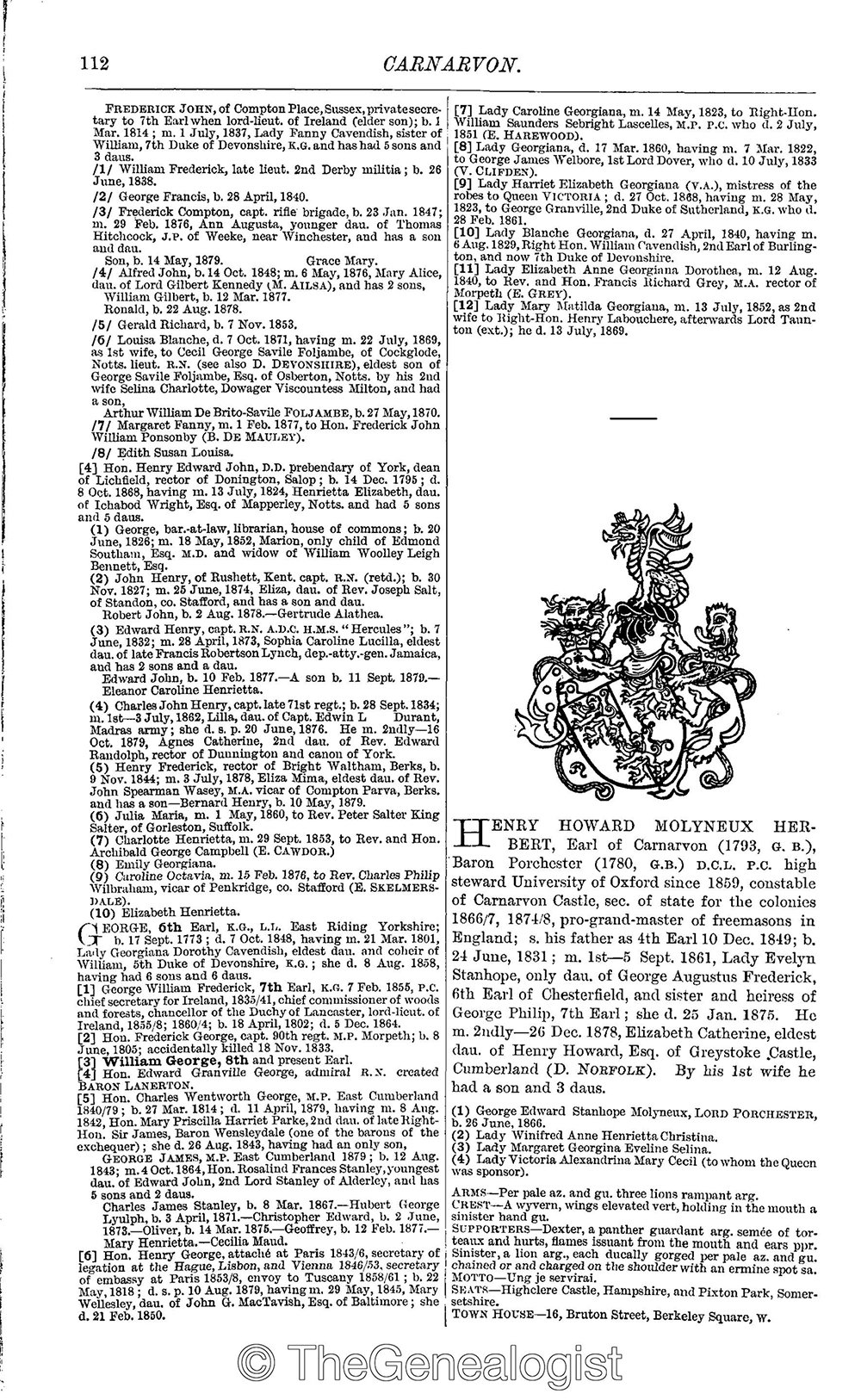 Peerage Baronetage Knightage of the British Empire 1880 on TheGenealogist 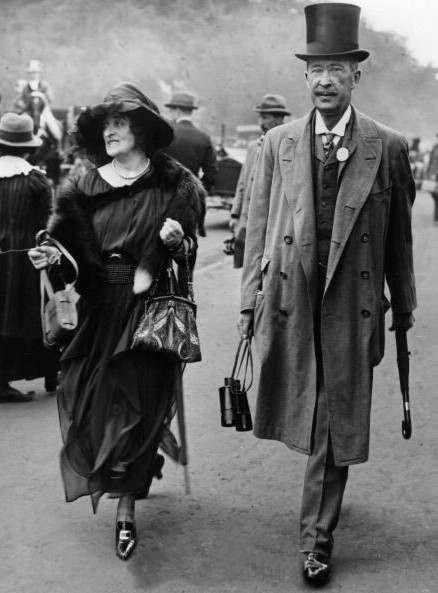 With the addition to TheGenealogist of the Map Explorer we now have another resource that we can use to view where our ancestors had lived. Searching for Highclere identifies the Park and the Castle on a large scale OS map from 1893-1900s. The beauty of this tool is that because the maps have been georeferenced we can slide the opacity control to the left and so reveal the modern map beneath. There is also an option to change the modern option to a Bing Hybrid Satellite map and that shows us the green lushness of the park. Only the tarmac ribbon of the A34 on the right hand side of the image shows the incursion of modern times into the scene. 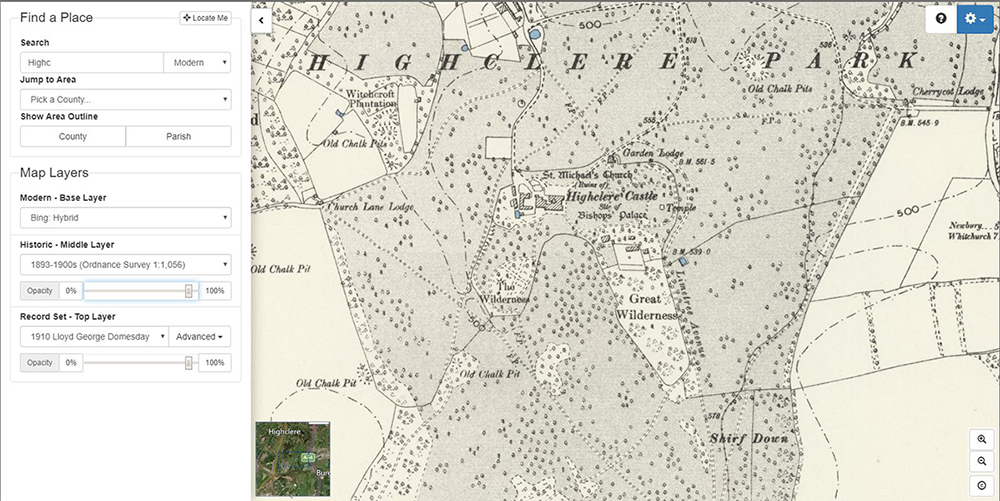 TheGenealogist's Map Explorer allows its subscribers to change from a georeferenced historical map to a modern map in order to view an ancestor's home town, village, or stately home.

TheGenealogist's Map Explorer has several modern maps as the base layer including a Bing Hybrid.

It is often enthralling to look at a place and compare its modern day features with its historical past. In some cases when we are looking at the places where our ancestors lived, worked and walked the paths or urban streets, the scene will have changed significantly from their time to ours. In the case of Highclere Castle and its Park we see that little has changed over the decades providing the ideal backdrop for the fictional Downton Abbey film and TV programmes. Even if your ancestors didn't live on a country estate, the Map Explorer provides a great way of getting your ancestors' perspectives on their environments, and along with the various other records on TheGenealogist can add engaging depth to your research.