The famous Bletchley Park is a 19th-century mansion and estate near Milton Keynes in Buckinghamshire, that had been built in various styles including Victorian, Gothic, Tudor and Dutch Baroque on the site of a previous house. Constructed in the years following 1883 its owner was Sir Herbert Samuel Leon who was a financier and Liberal politician who had been in 1891 the M.P. for Buckinghamshire. In 1911 he was made a Baronet and it is a year later that his house and land was assessed for the then Liberal Government's Land Valuation Survey, better known as the Lloyd George Domesday Survey. Bletchley is, of course, best known as the site for British codebreaking during World War II when the estate housed the British Government Code and Cypher School (GC&CS), which regularly penetrated the secret communications of the Axis Powers – most importantly the German Enigma and Lorenz ciphers. It had been in 1938 that the house and much of the estate had been bought by a builder wanting to construct a housing estate, but then in May 1938 Admiral Sir Hugh Sinclair, the head of the Secret Intelligence Service, purchased the mansion and 58 acres of land for £6,000 (approximately £376,000 today) with his own money, the Government saying they could not find the budget for it. The Admiral's farsightedness was that its situation was ideal for use by GC&CS and SIS in the event of war. 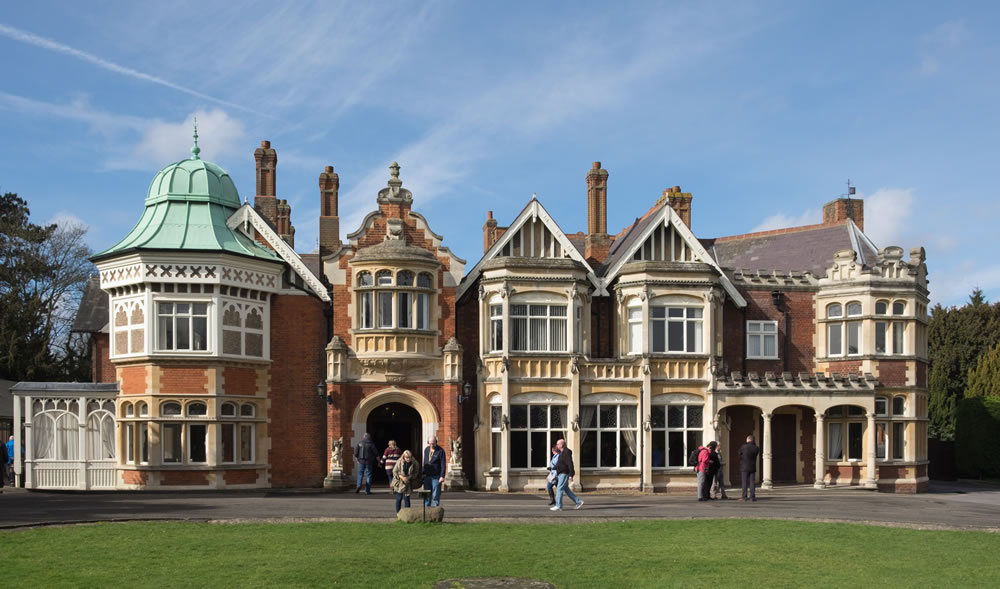 Admiral Sinclair and his colleagues had inspected the site under the cover of "Captain Ridley's shooting party" and were taken with Bletchley's geographical location. The house and grounds were almost immediately adjacent to Bletchley railway station, where the "Varsity Line" that ran between Oxford and Cambridge – the universities that were expected to supply many of the code-breakers – met the main West Coast railway line connecting London, Birmingham, Manchester, Liverpool, Glasgow and Edinburgh. The main road linking London to the north-west, Watling Street (subsequently the A5), was nearby, and high-volume communication links were available at the telegraph and telephone repeater station in nearby Fenny Stratford.

In 1912, however, the house was yet to achieve its importance in the history of this country and was still in the ownership of Sir Herbert Leon. Using the unique online resource of the Lloyd George Domesday Survey records on TheGenealogist we can find a very detailed field book entry, including when the house was built (1893), to a sketch of the ground floor. The first few pages being completed in an incredibly neat hand. The particulars noted about the mansion are wonderfully extensive and while they record the usual details of rooms etc. there is also a line that reports: "Well built, close to the station 1 hour from town. Private E(lectric) Light...Lower portion of House is very nicely fitted all capital repair" as if the compiler knew something of its future purpose. 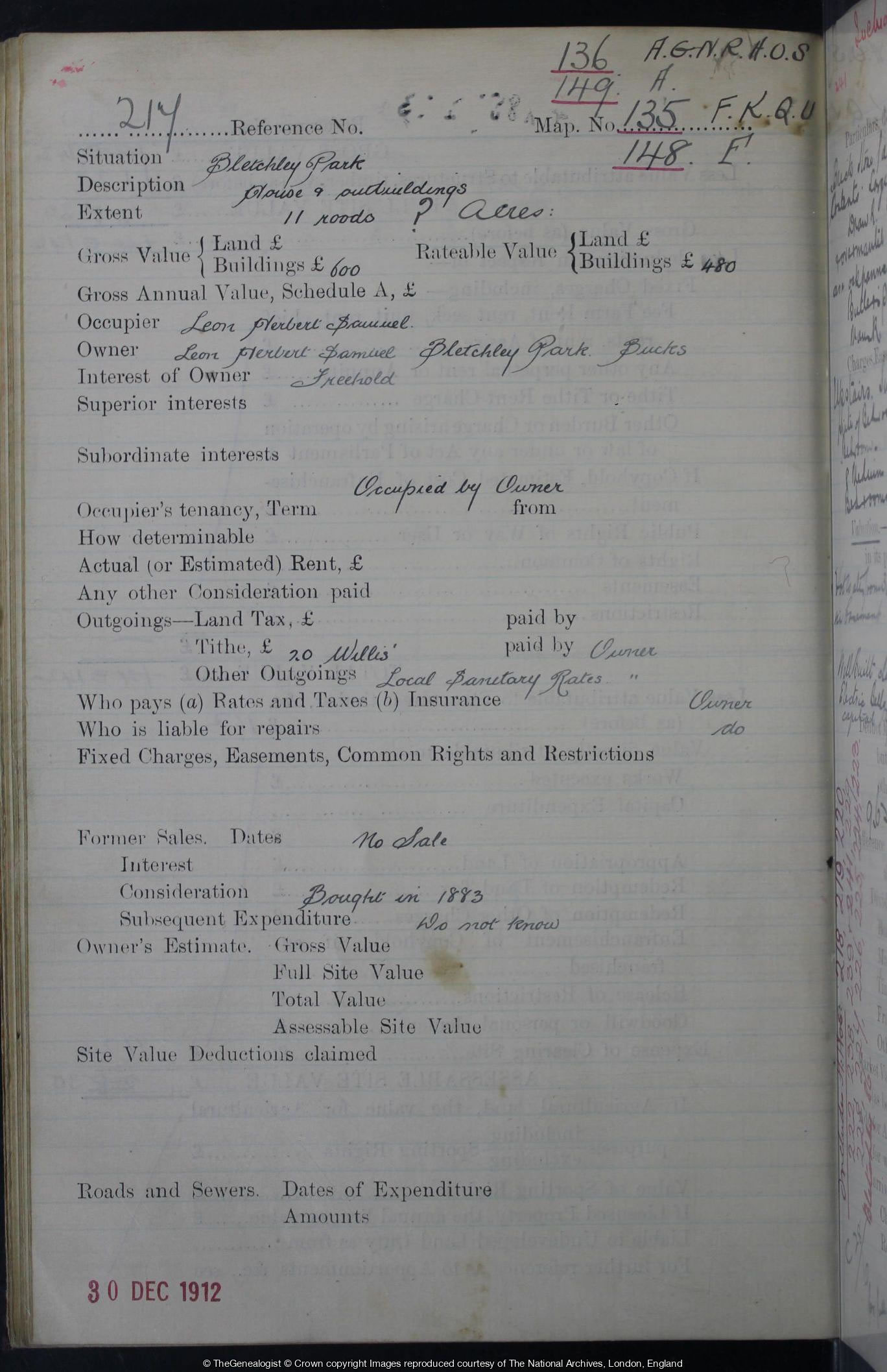 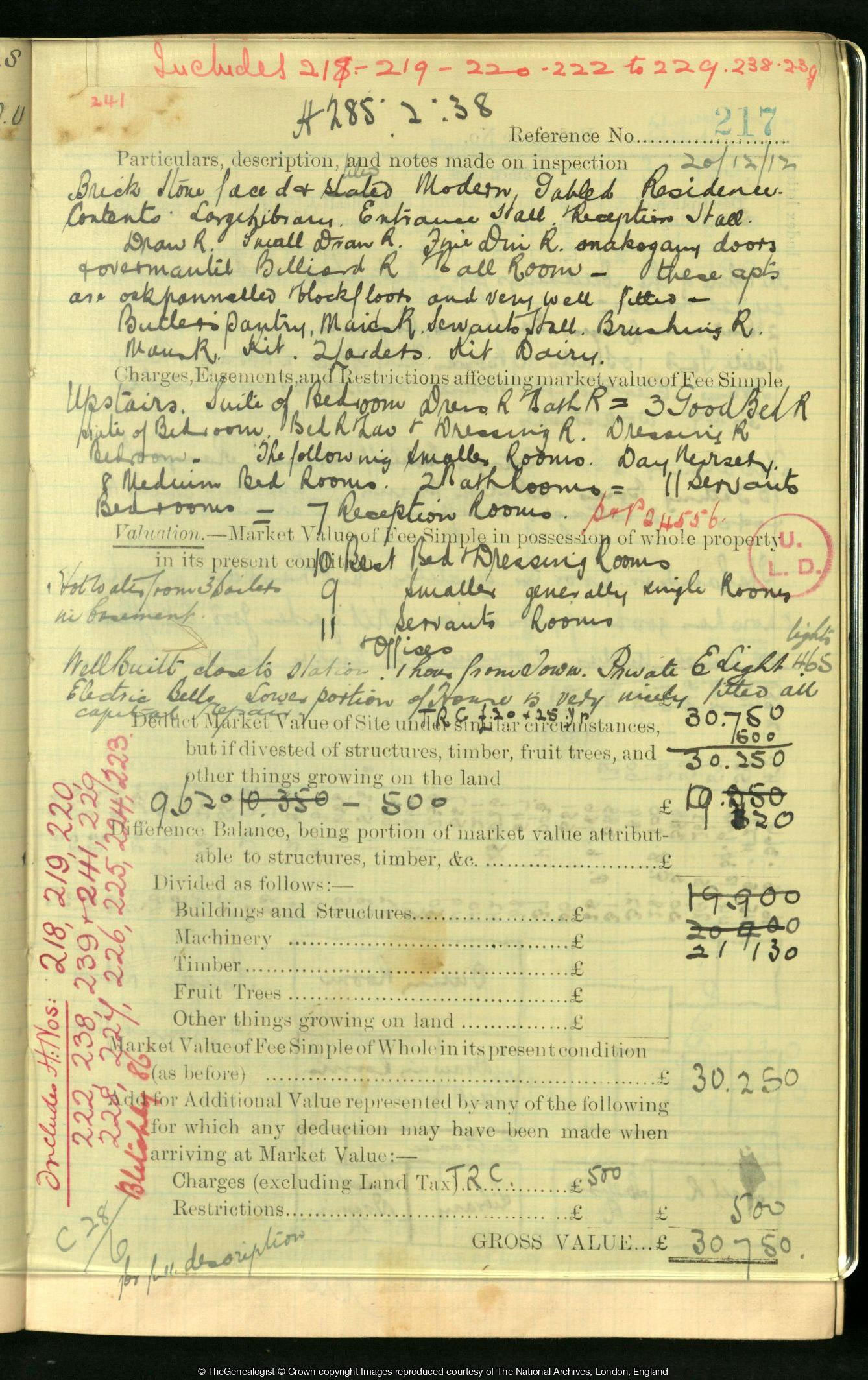 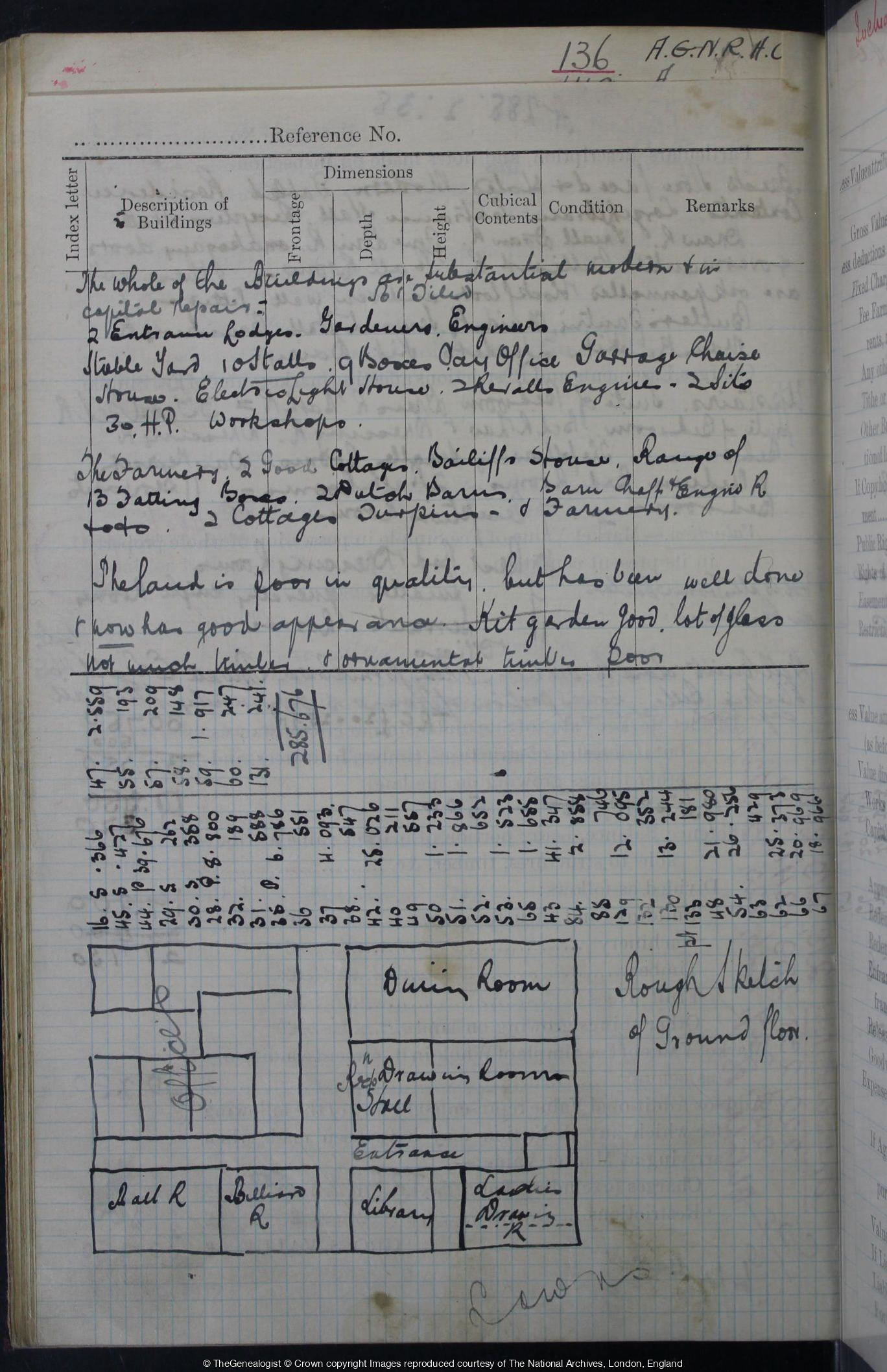 The Lloyd George Domesday Survey records on TheGenealogist provide a fantastic resource to discover more about the homes of our ancestors in the 1910-1915 period. By linking the field book entries to the georeferenced maps on TheGenealogist's Map Explorer™, we can see the properties in the environment of that time. By using the opacity slider to fade in a modern map this can then show the researcher how the surroundings have changed over time. In Bletchley Park's case it is the encroachment of new roads and housing in its vicinity. If we select the OS map from 1937-1961 as the historical map then we can also see how the facility at Bletchley grew with the construction of the huts to the side of the mansion in the WW2 (fourth image below).

Map Explorer™ shows how the Bletchley Park site had rapidly expanded during the war years, up to present day