The Pease family are business people associated with Darlington, County Durham, and North Yorkshire whose business roots go back to Edward Pease (1767–1858), the railway promoter and woollen manufacturer. By the time of the First World War, Pease & Partners Limited of Darlington were owners of a number of mines, quarries and other works all over County Durham and Teesside. In common with many other companies across Britain, employees and some directors did their patriotic duty and joined up to fight for Britain. A great number of the workers and some of the officials would give up their lives in the bloodshed that followed and would never return to their former workplace when peace finally came.

At the end of the war, the company had a book published that was intended to be a permanent memorial of the Officials and Workmen of Pease & Partners Limited, who had 'laid down their lives in the cause of King and Country, and also a Record of all who served in His Majesty's Forces during the Great European War, 1914-1918.' Of the 13,154 Officials and Workmen employed by the company on the outbreak of war in August 1914, 4,174 or over thirty one percent (31.74%) joined the forces, of whom 543 died on active service.

The firm's employees were awarded a number of medals and awards including one Victoria Cross, one Military Cross and Bar, two more Military Crosses, one Distinguished Conduct Medal and Bar, twenty further D.C.M.s, and a number of Military Medals. There were also three Croix de Guerres awarded, one Belgian Croix de Guerre, a Serbian Medal and a Medaille d'Honneur as well as four Mons Stars.

It was not just the employees that went to war. From the Record of Service we see that five of the directors, including four from the Pease family, served in the war. One of them, Captain C. Y. Pease, even lost his life in the fighting. But it is the number of their employees that are listed by where they worked in the business that is eye opening. The pages reveal which arm of the military they served in, as well as the regiment or ship and their rank. For those who received medals, researchers are able to see what award the soldier, airman or sailor had been granted and for those who had died in the war, this is recorded next to their name. The separate 'In Memoriam' section is very useful for people investigating ancestors who worked for Pease & Partners and who had died in the war as it goes into even more detail giving the place where they had lost their lives and the date. 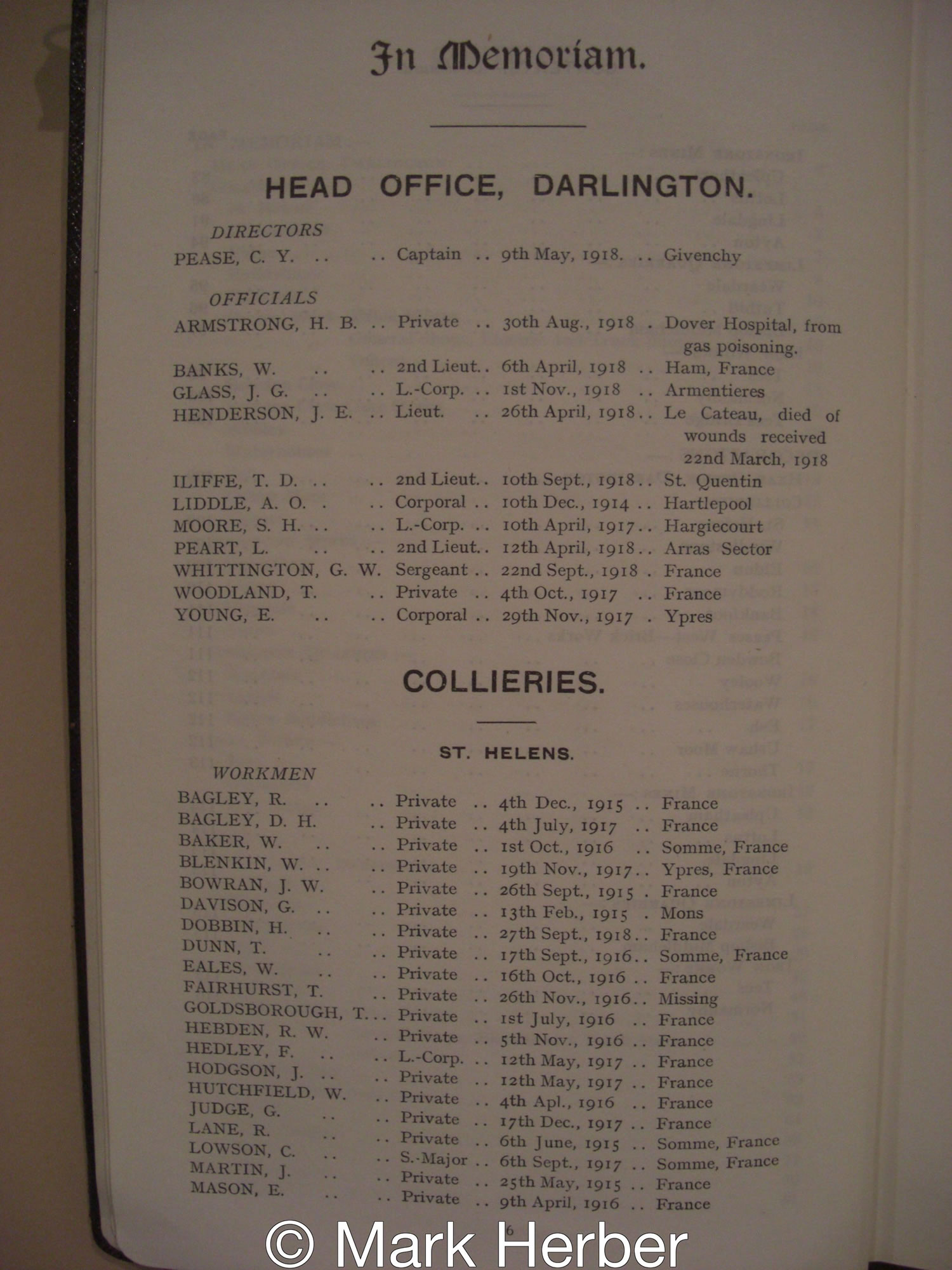 Pease & Partners In Memoriam commemorates those who died including workmen, officials and a director

The Sergeant whose cool head won him a D.C.M.

Acting Sergeant John Greenwood appears in the pages for Roddymoor, one of the five collieries that the company ran amongst twenty other sites that ranged from ironworks to mines and quarries. Sergeant Greenwood is not one of those listed as killed in this memorial, but he does seem to have had an active war by the fact that the book lists that he had a Distinguished Conduct Medal (D.C.M.) as well as a Military Medal (M.M.) and Bar.

Sergeant John Greenwood D.C.M., M.M. and Bar in the listing for those decorated from Roddymoor colliery

Using this as a start for the research and by turning to the Military Records on TheGenealogist we are able to find his various medal cards including the prestigious D.C.M. and M.M. 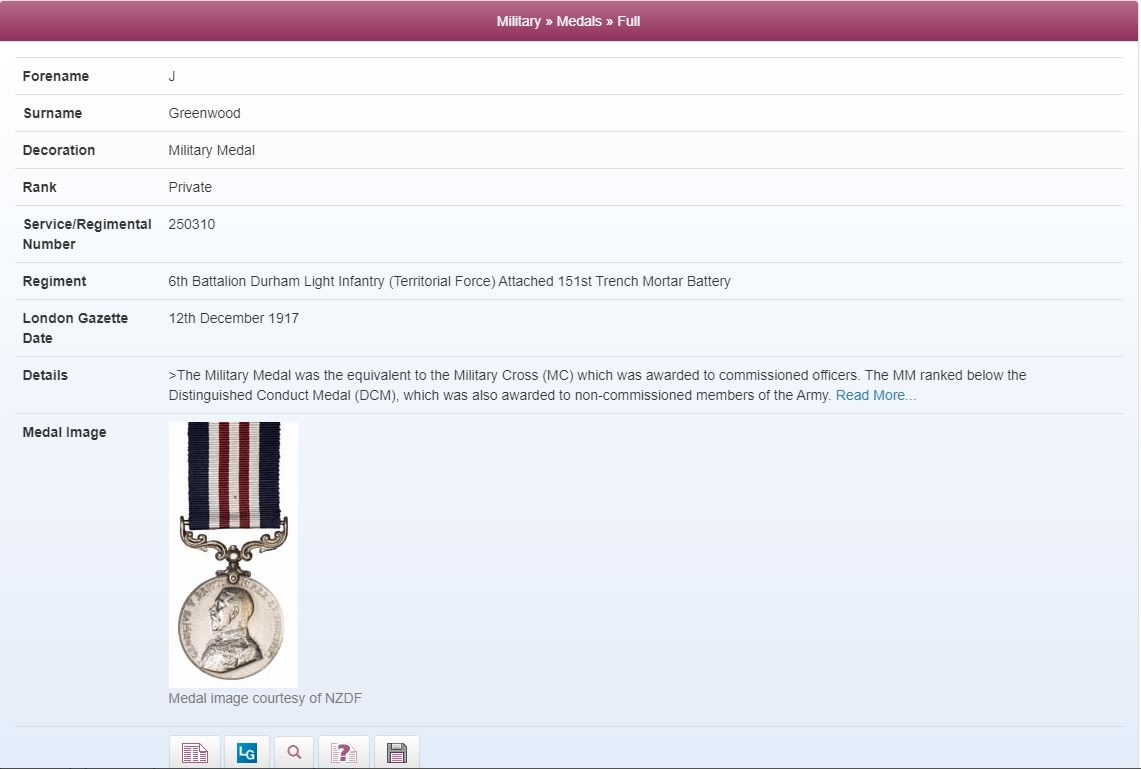 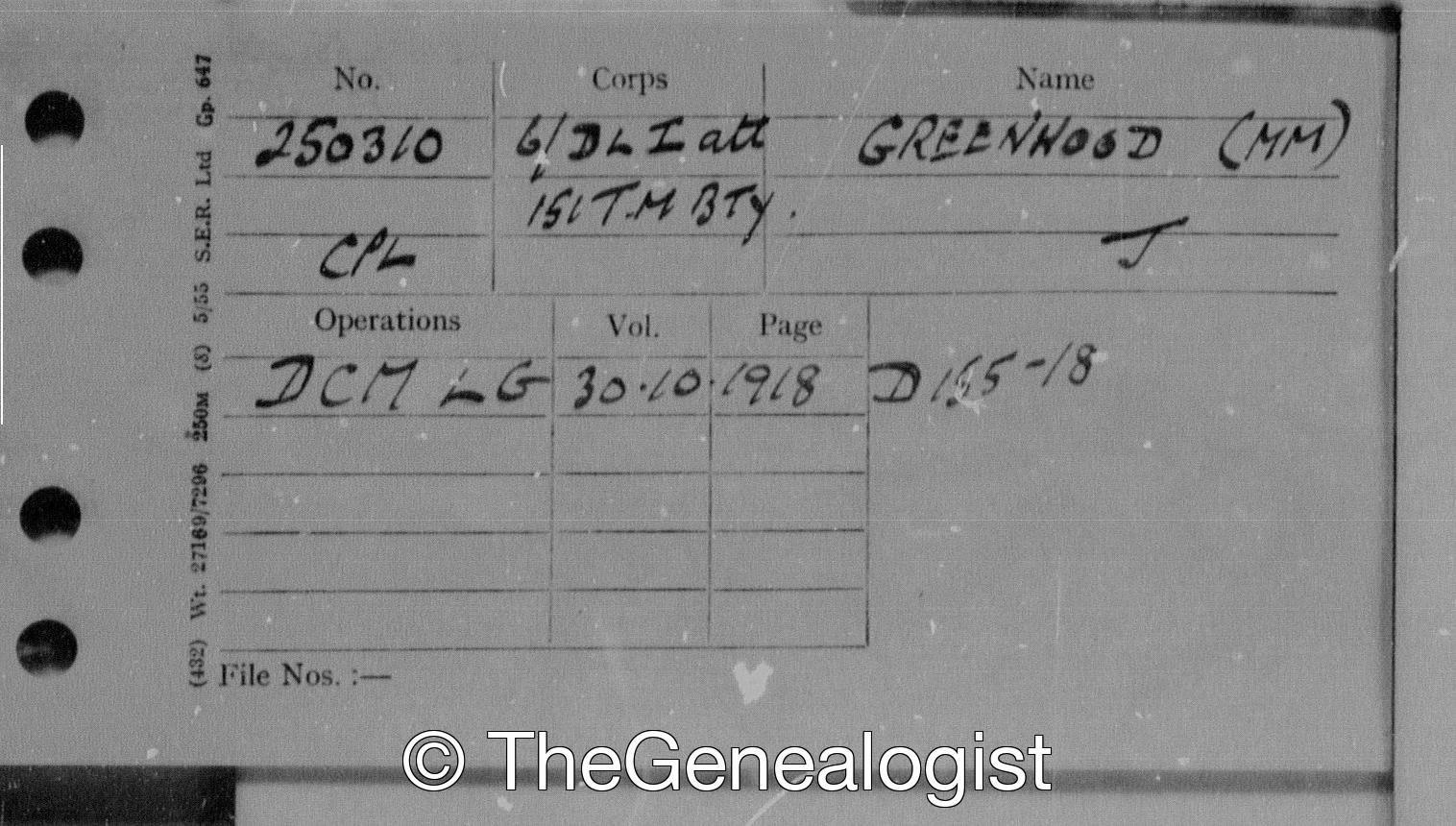 Greenwood's D.C.M. was awarded for his conspicuous gallantry and devotion to duty when he was in command of a section of the battery during an enemy attack. The citation gazeteered on 30th October 1918 recorded that he had encouraged his men by displaying a fine example of coolness while under very heavy bombardment. The men he led fired every round of their ammunition and then went on to carry their gun through the artillery barrage and heavily gassed battlefield to reach the battery rear headquarters. 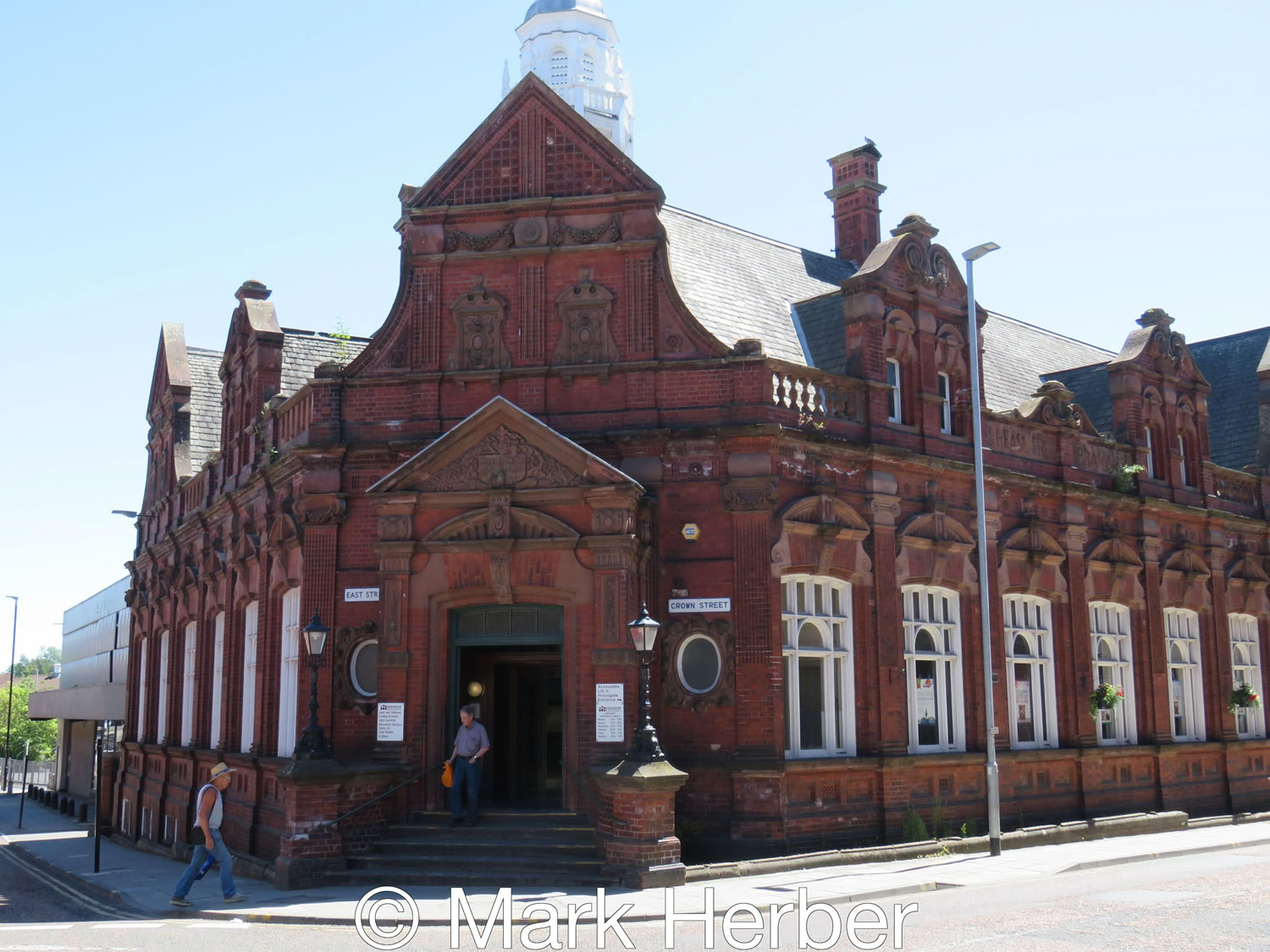 The numerous War Memorials digitized on TheGenealogist can be a useful way into further research for an ancestor whose life was turned upside down by the horror of war. Most of the War Memorials will list the names of people killed in conflict, however in some instances they honour all those who took part in the war, as in the case of Pease & Partners Memorial Volume that is today held at the Darlington Central Library, a building which had formerly been the Edward Pease Free Library.