The addition of colour tithe maps for Warwickshire to the previously published greyscale maps on TheGenealogist, all of which are linked to their accompanying apportionment schedules, allows family historians to discover where ancestors lived in the early Victorian period. The plots of land owned and occupied in this Midlands county vary from small cottages and fields to large mansions and the castle in Warwick itself.

Warwickshire benefits not only from the detailed colour maps and apportionment books that TheGenealogist has sourced from The National Archives (TNA) but also, where they are available, some colour tithe maps that are sourced from the Warwickshire Record Office. Researchers searching for a Warwickshire ancestor who owned or occupied a piece of land, therefore, have a choice of selecting TNA's grayscale maps, TNA's colour maps or the Record Office colour maps when using TheGenealogist's Tithe & Landowner records. The Warwickshire Record Office maps are, in many cases, more vibrant in their colours than the ones from The National Archives, having had less wear. The plots in each case are linked to TheGenealogist's digitised apportionment schedules from The National Archives which reveal what the land and premises were used for; e.g. house, cottage, garden, orchard, wood, plantation etc.

The Creation of the Records

In the late 1830s the country underwent a massive survey of land when the government undertook a review of the tithes paid to the church and other recipients. These tithe apportionment documents and accompanying maps can really help researchers to explore the fields, woods and houses in our ancestor's home villages and towns where they were still subject to tithes. TheGenealogist, in partnership with the National Archives, has made it possible for family history researchers to search over 12,700,000 records from across the counties of England and Wales and to view these valuable original apportionment documents with linked maps in its Tithe & Landowner records.

Originally there were three copies of the maps and apportionment documents made at the time. One set was sent to the Tithe Commissioners in London and these were transferred to The National Archives and have all now been digitised on TheGenealogist. A local copy of each record, originally produced for the parish church, will often have found their way to the archives in the County Record Office. A third copy was made for the diocesian registry and in most cases this is also the County Record Office where the diocese is based. The addition of the Warwickshire colour maps on TheGenealogist now allows researchers to draw on both The National Archives and Record Office sets for this county. 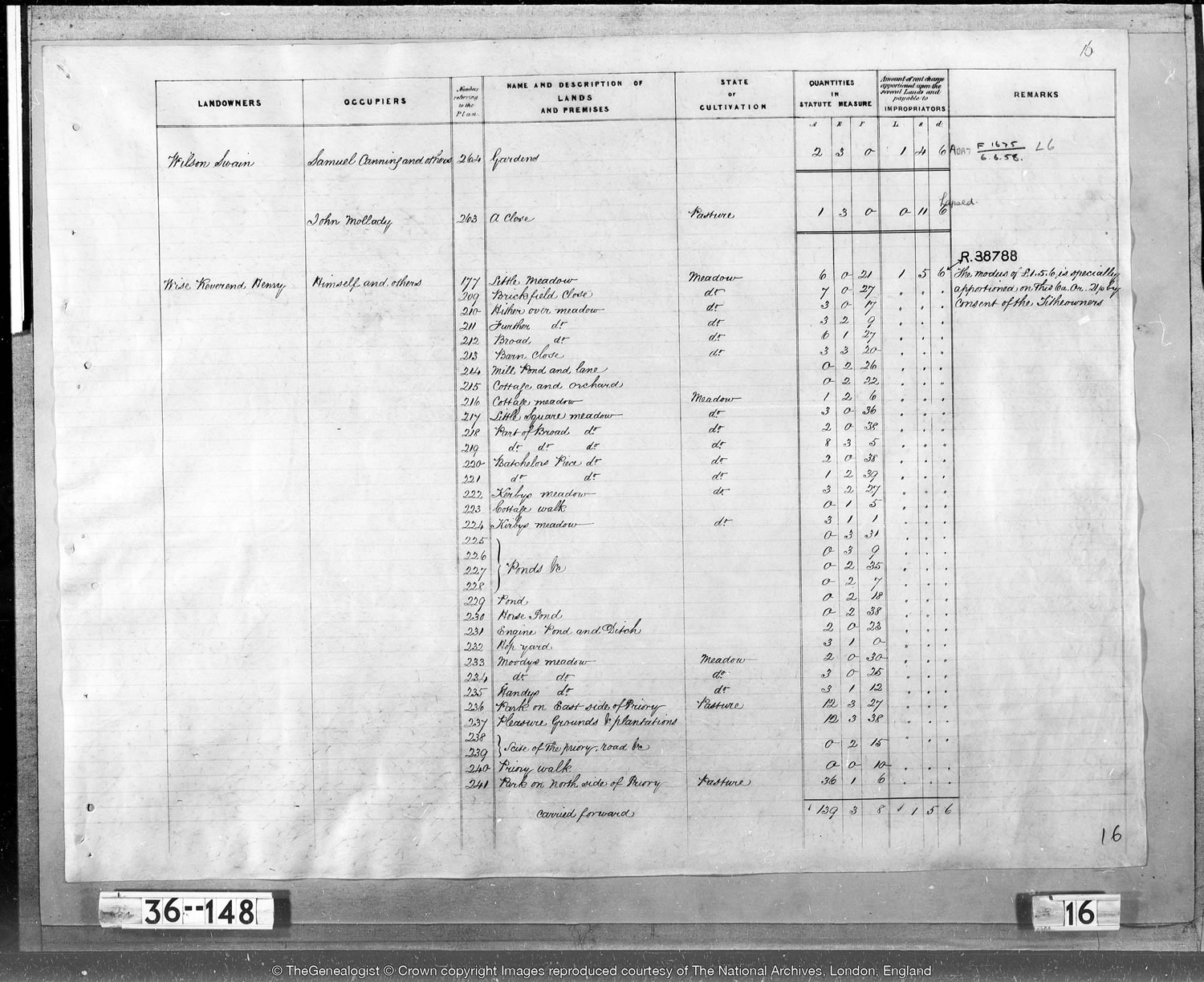 The Apportionment schedule for the estate including Warwick Priory

In the tithe records for Warwick itself we can find the medieval castle, originally built by William the Conqueror during 1068 – unsurprisingly it is owned and occupied by the Earl of Warwick.

Not far from the iconic castle, however, the tithe maps reveal an interesting property of one of the Earl's neighbours and identified as the Priory. This house and its estate was at the time of this tithe survey in 1848 owned by the Reverend Henry Wise. 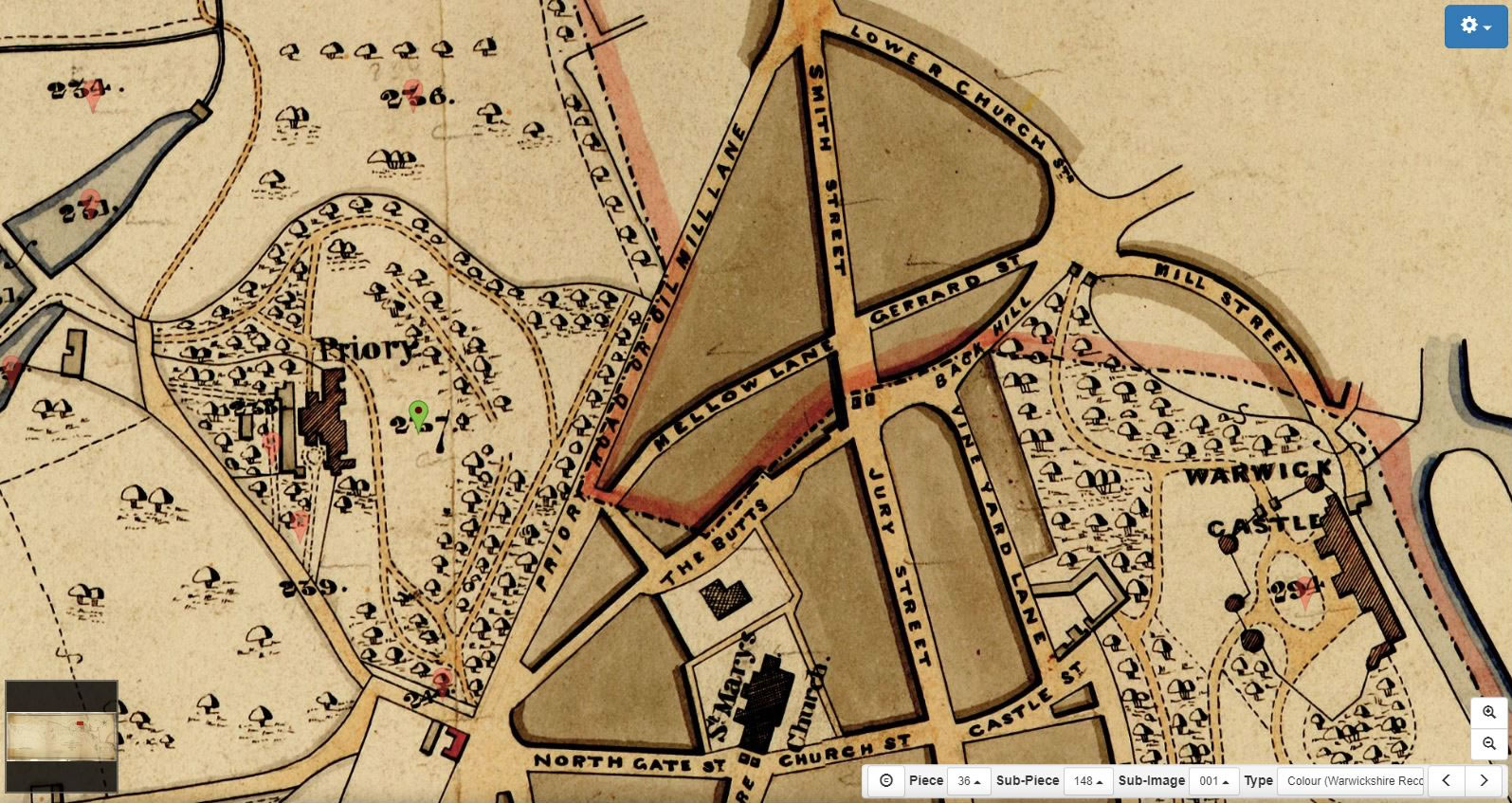 Occupying the site of the Priory of Saint Sepulchre, a former religious house that had been confiscated by Henry VIII at the time of the dissolution of the monasteries, it was at this time a large country house and estate. This raises the question as to why an Anglican vicar was the substantial landowner of this estate.

The explanation is that his family had acquired it when his ancestor, also named Henry Wise, bought the property back in 1709. This particular Henry Wise had been the royal gardener to King George I, Queen Anne and King William III and his substantial purchase in that year included the manors of Woodloes, Upper Woodcote and Lillington as well as the Warwick Priory. The Wise family continued to be owners of the Priory for the next 142 years until 1851, when Henry Christopher Wise, great, great grandson of the royal gardener, sold the house and gardens to the Oxford Junction Railway Company – his father, the Rev. Wise having died in the previous year at Offchurch, Warwickshire.

The estate had been inherited by the Rev. Henry Wise when he was about 37 in 1810. Five years previous to this he had been made the Vicar of a Warwickshire church. It was not, however, St Mary's church that can be seen on the tithe map situated just a stone's throw away from Warwick Priory. Instead, he became the incumbent of St. Gregory's Church at Offchurch, situated on the other side of Leamington. It was at St Gregory's Vicarage that he continued to live until his death in 1850 and it was here also that his son Henry Christopher Wise, who would sell the Priory, was born. 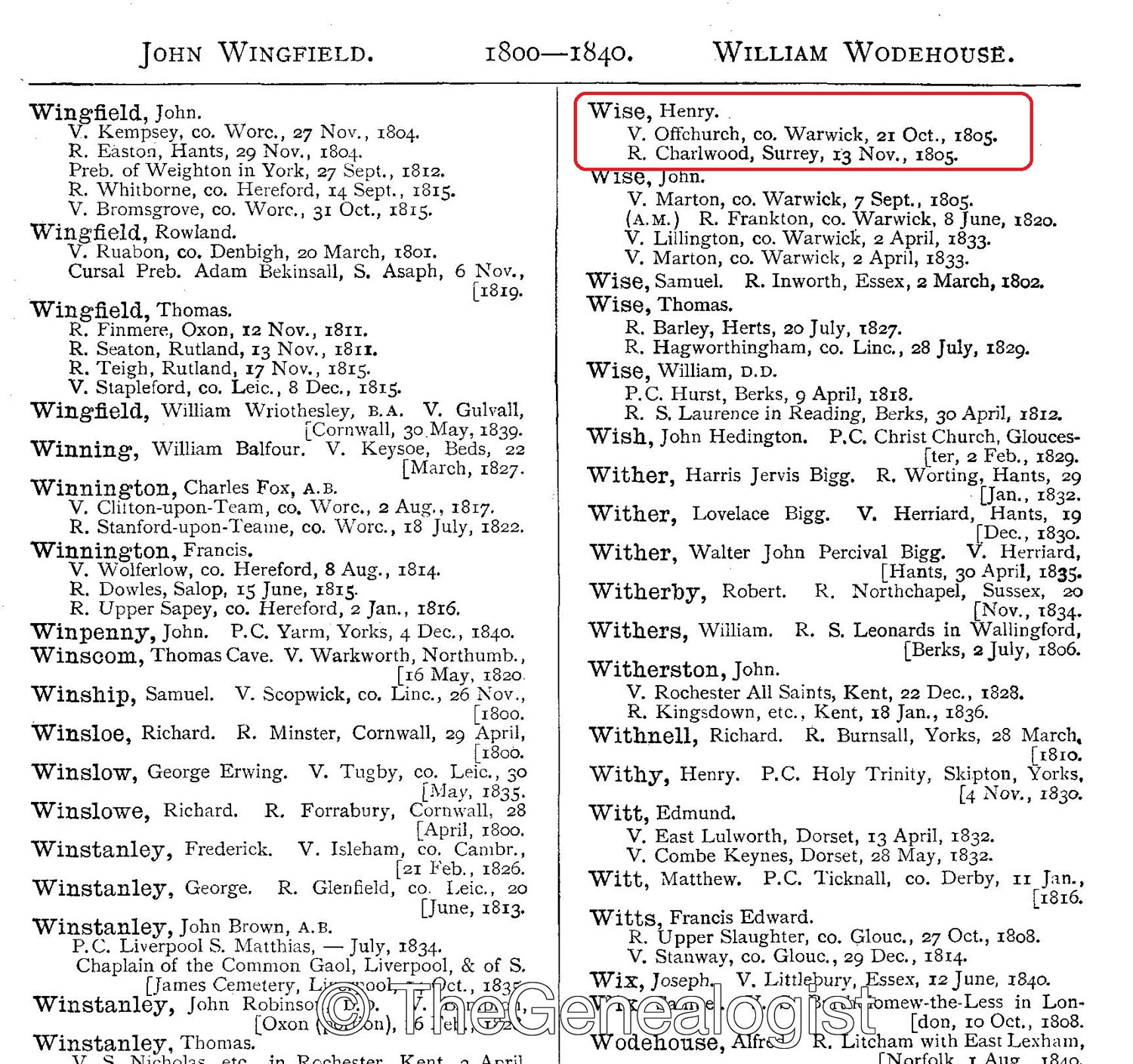 Thomas Lloyd, from the banking family, then bought the Priory in 1865 and he lived there until his death in 1890. Known as a philanthropic man in Warwick he was particularly concerned with supporting the asylum, the gaol and the local schools. The Lloyd family continued owning the estate until they were forced to sell it in the early part of the twentieth century.

Today a visitor to the site will see that the huge Tudor house, with its later developments, has completely gone. In its footprint sits some architecturally functional 1970's low-level offices. Rather fittingly, as we are highlighting some of the detailed colour tithe maps sourced from the Warwickshire County Records Office, this development is the home of that very Record Office and its archives.

The Priory estate was purchased by Warwickshire County Council in 1940, though plans for its development had to wait until WWII was over. But when the council took ownership of the land the house itself had already been pulled down and the bricks, fixtures and fittings sold. It had been in 1925 that Alexander and Virginia Weddell had bought the Priory at a demolition sale. The Weddells, from the USA, had the house dismantled and rebuilt part of it in Richmond, Virginia. The resulting Virginia House is not a true reproduction of Warwick Priory, but it retained some of the Warwickshire house's features. In 1929 the Weddells deeded Virginia House to the Virginia Historical Society while maintaining a lifetime tenancy for themselves. 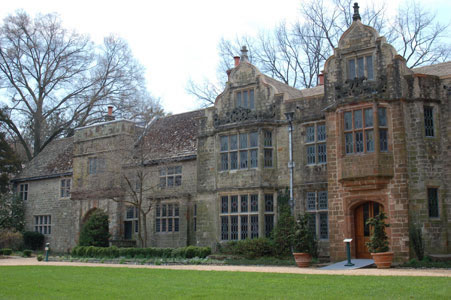 The massive survey of land across the country, when the government undertook a review of the tithes paid to the church and others, has provided researchers with a fantastic resource for exploring the fields, woods and houses in our ancestor's home villages and towns.

TheGenealogist's National Tithe Collection covers the majority of the country with all the available greyscale maps and apportionment schedules already published. The ongoing additional release of the colour maps will visually enrich this collection.