Richard Osman - Who Do You Think You Are?

Above: Richard Osman pictured with the ruins of Brighton's West Pier behind him. Credit: BBC/Wall To Wall Media Ltd/Stephen Perry

Andrew Chapman surfs some waves from Richard Osman's episode of Who Do You Think You Are? and uses online resources to get a deep sense of place over time

TV game show presenter Richard Osman may tower above most of us at 6 ft 7 in, but he's well aware of his relatively humble origins, and in his new episode of Who Do You Think You Are? he is clearly moved by the challenges his forebears faced. Now a bestselling crime novelist, he also expresses his hopes of finding some darker tales in his family story. 'I'd rather find a pirate than a duke,' he comments.

The show begins with focusing on his maternal grandfather, Thomas Fred(e)rick Wright – Fred to the family – looking at how, denied an education due to family poverty, he sought to educate and better himself through a career in the army and then the police force. Fred and his wife Jessie (née Reed) were both born in 1918 in Brighton, Sussex. Although Richard was born in Essex, he grew up in Cuckfield, only 15 miles north of the famous seaside town, which was given joint city status with Hove in 2001, and it's a place which has been very important to him.

'To me, Brighton's always been my home town,' he says. 'My whole family are from here – I know my granddad's family are, I know my nan's family are as well. I don't know how deep those roots go.' 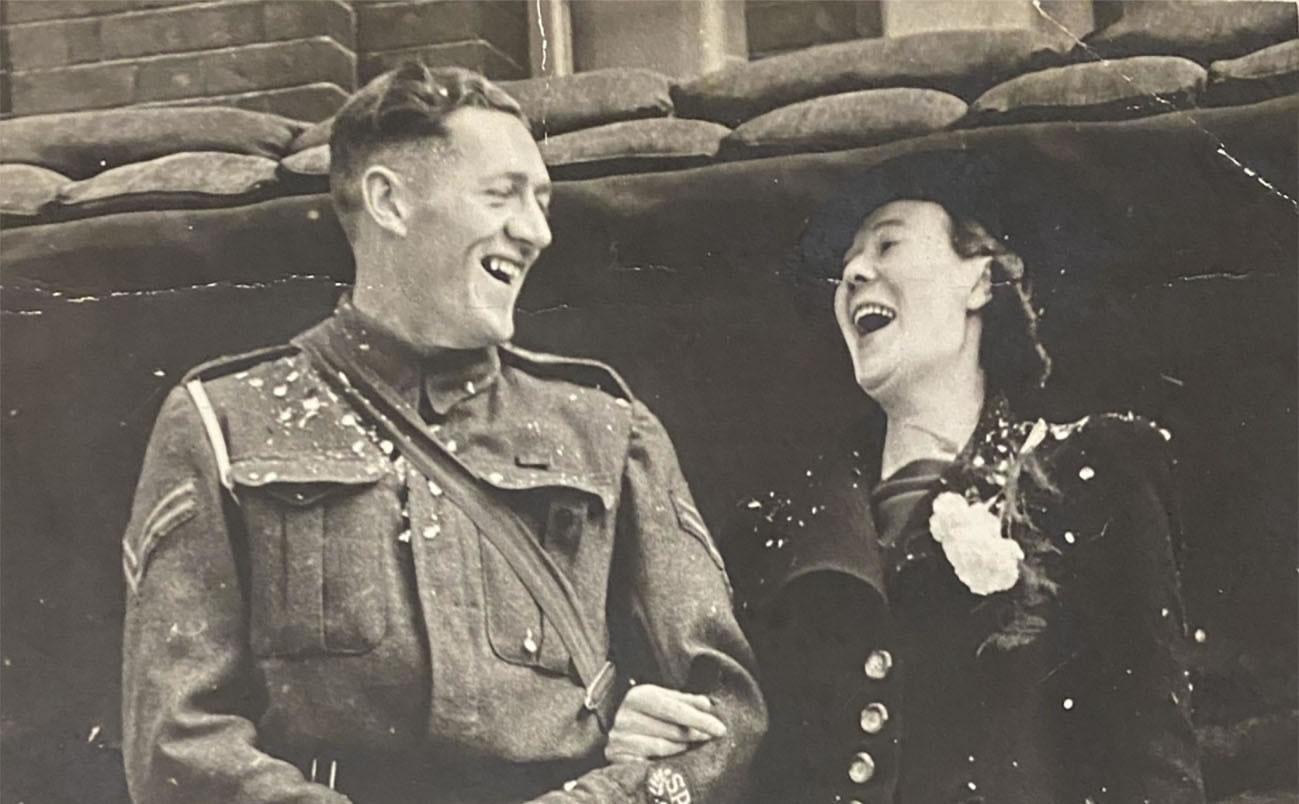 In the programme, the depth of those roots is revealed, with Brighton connections on his mother's side stretching back well into the 18th century. In those last 200 years, Brighton has seen many changes, having grown from being the small fishing community of Brighthelmstone to a major fashionable resort, and it remains a dynamic place thronged with visitors to this day. In this article we'll use online resources at The Genealogist, many of them exclusive to the site, to look at some of those changes over time – in so doing, we can see how this website offers powerful tools for researching the locations and communities our ancestors lived in, which is very useful for widening our research beyond just the details of the family tree.

The TV programme follows one particular Brighton branch of Richard's tree – the Gillam family. The show reveals that the Gillams were hard-working fishing folk, which was inevitably a common trade for working people in this seaside town. Brighthelmstone had its roots in Anglo-Saxon times, but the shortened version 'Brighton' began to be used in the 17th century, and became the town's official name in 1810. That Regency era saw Brighton at perhaps its peak, with the Prince Regent's Royal Pavilion having been started in 1787 and developed in stages throughout the period and into his reign as George IV.

A useful resource for exploring Brighton's development and its dizzy social whirl is its collection of digitised newspapers, particularly the Illustrated London News – the site has editions from 1842 to 1899, plus 1915 to 1919, providing a great way to see changes over the Victorian era. This collection can be searched for people named, but also by keyword, such as place.

A tale of two cities: a fish market on the beach at Brighton in 1846 and – from The Genealogist's Illustrated London News collection – a fashionable beach scene on the same shores in 1859. 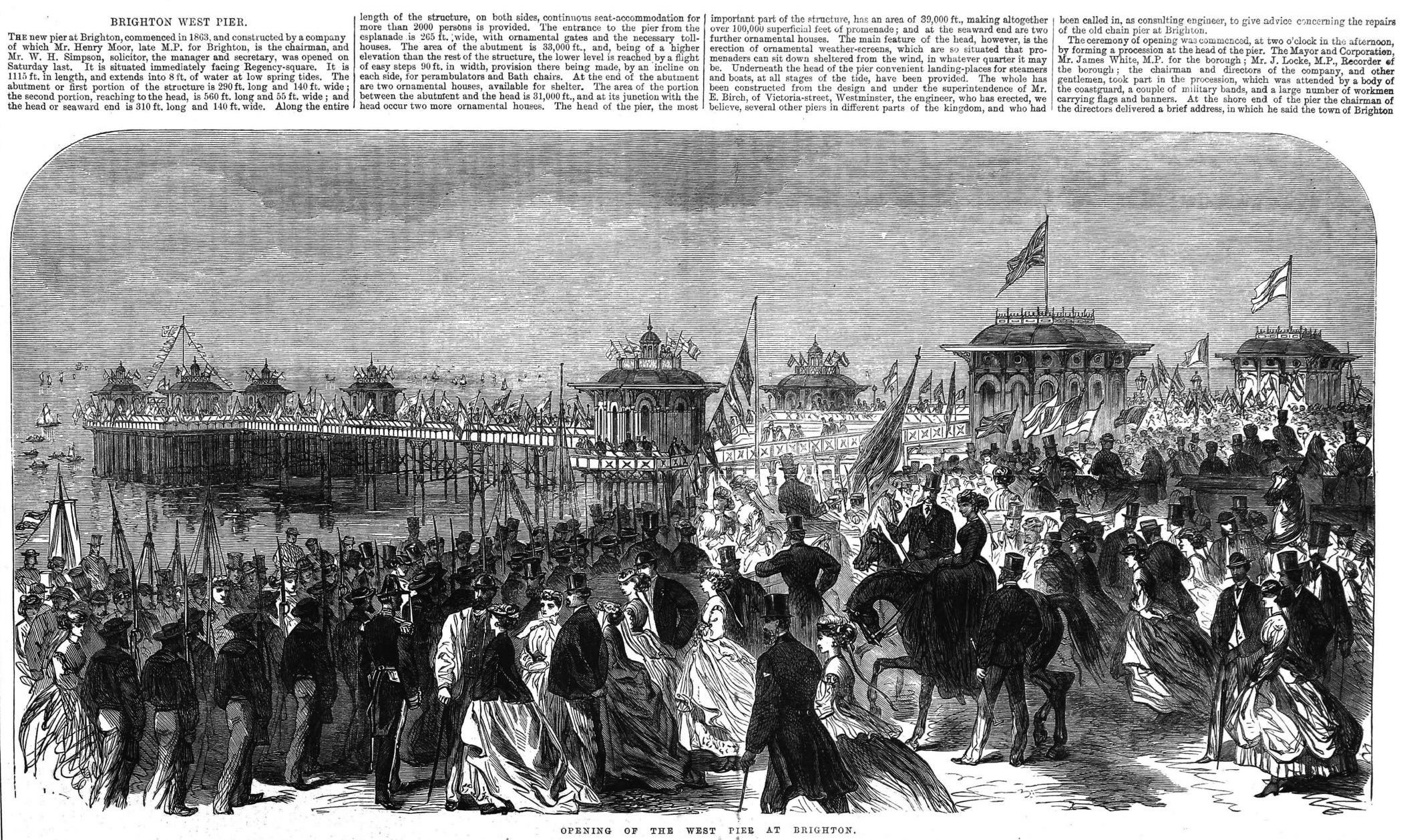 This Illustrated London News article, at The Genealogist, depicts the opening of Brighton's West Pier in 1866, from the same spot where we see Richard Osman pictured above.

Richard's episode of WDYTYA? looks at how the town evolved from a workplace for fishing families to a place of high society – but of course the two worlds coexisted for multiple generations. Research undertaken for the show reveals that the Gillam family lived around Russell Street (also known as Great Russell Street), in a maze of poorer streets only a stone's throw from the seafront, and we can find many Gillams there across the decades in The Genealogist's census collection. The Brighton History website has a useful street gazetteer (see www.brightonhistory.org.uk/streets/streets_r.html) which tells us Russell Street was built in the 1780s. And we can also get a real sense of place thanks The Genealogist's wonderful Map Explorer tool. An easy way to do this is to go to Search and click the Map Explorer image at the right, then enter either a place or street name.

The Genealogist's Map Explorer can overlay a modern map (right) on various older ones, here the 1890s Ordnance Survey map. Both show the area around Russell Street where Richard's forebears lived – now covered by the Churchill Square shopping centre. Both show St Nicholas's church (pictured in 1806, inset), where many of his family were christened and married.

Moving into the era of photography, the site also has a growing collection of historic photos and postcard images, many of which have been geolocated. This means we can also use the Map Explorer to see pinpoints for these images and get a real sense of what places might have been like in our ancestors' times.

Map Explorer can show pins for The Genealogist's Image Archive – this 1907 view, for example, shows exactly the stretch of the seafront near where the Gillams lived.

Russell Street, incidentally, along with several of its neighbouring streets, was named after Doctor Richard Russell (1687–1759). A native of nearby Lewes, he advocated both bathing in and drinking sea water for one's health (the latter perhaps inadvisedly), and this work contributed to Brighton becoming a fashionable resort. The site of the house he built later became the Royal Albion Hotel in 1826, which still exists.

The Royal Albion Hotel is shown in this 1845 image from the Illustrated London News at The Genealogist; to the left of the picture are the streets where the Gillams lived. The hotel is still there today (right, credit: The Voice of Hassocks)

The TV programme uncovers a great story about one of Richard's Gillam ancestors, a fisherman who became embroiled in a major murder trial in 1831 – no spoilers about that here as it's well worth a watch, and gives Richard some great potential inspiration for his crime novels. But it also prompts us to discover more tools at The Genealogist which can add to the sense of place. The crime in question took place in Lover's Walk near Preston Park, a street which can still be seen today – and this is easily found in Map Explorer. The site also has another major resource, likewise not available online elsewhere, in the form of its tithe collections – these provide maps which can push us back as far as the 1830s and 1840s, as well as providing details of landowners and tenants.

The Genealogist's tithe map here, left, shows Russell Street in the 1850s – where available, there are pins which lead to details of landowners and occupants. On the right, the Map Explorer shows Lover's Walk, with linked census data showing some residents.

This image from the Illustrated London News at The Genealogist shows the Brighton, Lewis & Hastings Railway company's new viaduct in 1846, transforming the landscape – the church just behind it is St Peter's, Preston, a short distance from where one the Gillams made a grisly discovery just 15 years earlier.

Every family has multiple stories to tell, many of them rooted in a particular place. Here we've seen how The Genealogist's map-based resources and newspaper collections can give a rich sense of that place. Richard ends the show reflecting that his Gillam forebears and his grandfather Fred all looked out on the same sea as he does, but he has benefited from more luck in life, on the foundations they laid: 'I was born on a rising tide because of the people we've seen.'

(Let's not tell Richard that The Genealogist's census collections reveal Fred's roots are not actually in Brighton, though, but in a blacksmithing family in Yorkshire, a long way from the south coast! A story for another time...)