From the first radio detection finder to the hovercraft... 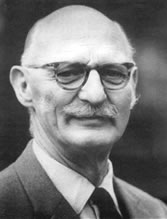 Christopher Cockerell was born in Cambridge on the 4th June 1910 and is shown on the 1911 Cambridgeshire census as ten months old, living with his parents and older sister in the parish of Cherry Hinton. His father Sydney Carlyle Cockerell, from Sussex, was curator and collector at the Fitzwilliam Museum, Cambridge, and was knighted in 1939. The 'Kelly's Handbook to the Titled, Landed and Official Classes 1942', provides extensive detail on Sydney's life including personal details such as his year of birth and marriage, details of his wife, education, career and place of residence. The book is part of the Peerage and Heritage collection available to all Diamond subscribers on TheGenealogist. Christopher Cockerell's father was born into a family of coal merchants, which shows how Peerage records can be valuable to all family historians, regardless of your ancestor's status in society, and can also help to provide information for years after 1911 where no census information is available. 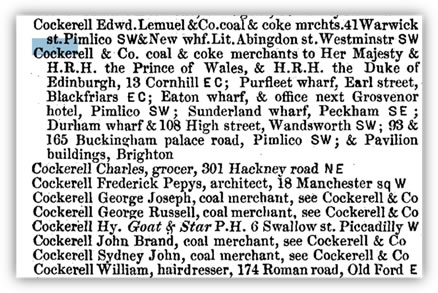 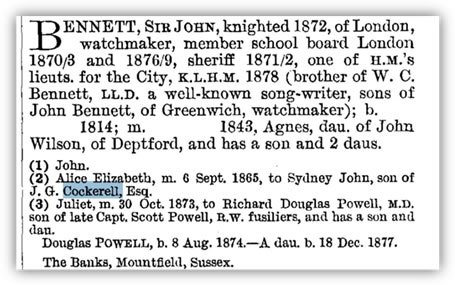 Christopher's grandfather Sydney John Cockerell is also shown in the 'Peerage, Baronetage, Knightage of the British Empire 1880', as he married Alice Elizabeth Bennett in 1865, the daughter of a prominent London watch-maker, John Bennett.

After graduating from Cambridge, Cockerell worked for the Radio Research Company until 1935, then joined the Marconi Wireless Telegraph Company until 1951. At the Marconi Company he mostly worked on TV broadcasting equipment until the start of the Second World War, where he continued to work with the company but began developing radar for the military.

Cockerell was part of the team that designed the first radio detection finder, which was fitted to all British bomber planes. He considered this contribution to the war effort as one of his greatest achievements.

Whilst working at Marconi, Cockerell married Margaret Belsham in 1937, and the couple had two children Margaret A and Frances. His marriage can be found on the Marriage Transcripts on TheGenealogist, which are complete from 1837 to 2005, and another ten years of births have recently been added to the site, extending the Birth Transcripts to 1940-2005 and include Christopher's daughter Frances, born in 1942. 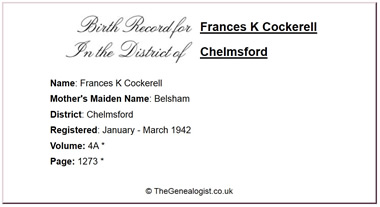 After the War, Cockerell left Marconi and purchased a boat business in Norfolk, where he began to work on new ideas on how to make boats faster. He believed that reducing the amount of friction between the boat and the water would inevitably increase its speed, and found that the best way of doing this was to place a cushion of air between the boat and the water. He tested his initial theories using an empty cat food tin inside a larger coffee tin, an industrial air blower and a set of kitchen scales.

By 1956, he had invented the Hovercraft and presented his new model to the government, who immediately classified his work as 'secret'. The first commercial contract was given to Saunders Roe, a flying boat firm at Cowes on the Isle of Wight, and the hovercraft was launched in 1959 with its maiden voyage across the Channel from Calais to Dover.

Cockerell received a Knighthood for his achievements in 1969, and the hovercraft has continued to increase in popularity, particularly in developing countries where there are often no ports, unprepared beaches, mud flats, or coral reefs. Recent exports have also included coastguard boats for Canada and Finland (to also be used on ice), Nigerian oil crew boats, Hong Kong fishery patrols and Sri Lankan military vehicles. On 1st December 2011, the Woolston based firm, Griffon Hoverwork, announced the opening of a new production line at Southampton. It has doubled its staff in the past two years with many orders being received from outside the UK.

In May 1999, a Hovershow was held to celebrate the 40th anniversary of the hovercraft's first flight, with a flypast staged in Cockerell's honour. He was unfortunately too frail to attend the event, and died the next day at Hythe in Hampshire, three days before his 89th birthday. Memorials were erected at Cockerell Rise in East Cowes where he used to live, and at Hythe on the site of his original company, to commemorate his life and achievements. 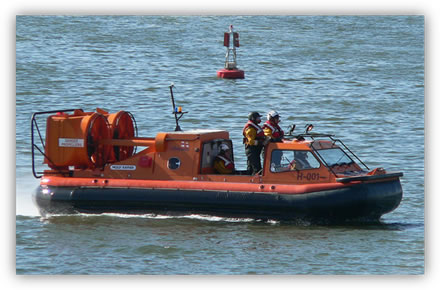 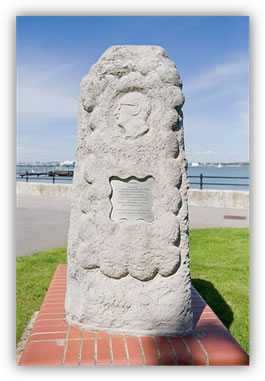