Discover the working history of your ancestors

Take a glimpse of their day to day life...

Whether your ancestor was in the military or in service, employee or employer, you can discover more about your ancestor's professional life with TheGenealogist.

Occupations in the Census

Census returns are available from 1841 to 1911, and as TheGenealogist transcribes more fields than anyone else, they are able to offer a unique Keyword Master Search, which instantly refines down to the person you are looking for. Simply type their name, occupation or location and get back any matching results. You can even search without a name, so entering 'Dorset' and 'Author' will bring back results of all authors in the Dorset area: 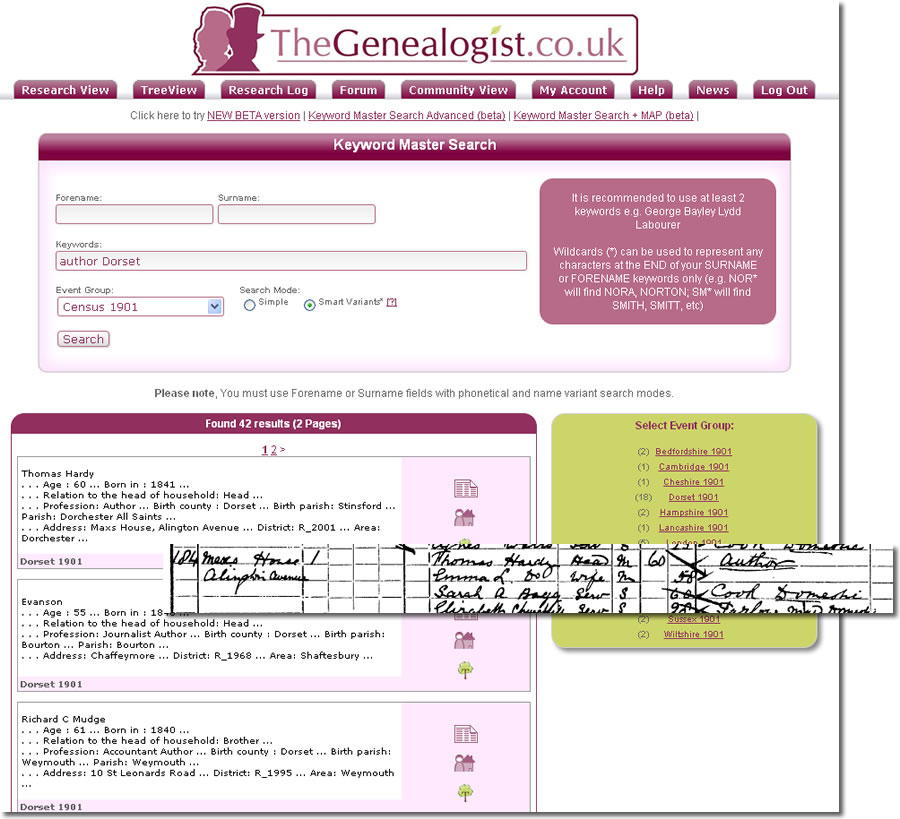 Directories are an important resource in tracing ancestors, particularly if they had a distinctive trade. They can be used as a census substitute for years prior to 1841 or after 1911, and to provide information between census years. TheGenealogist has an extensive collection of Directories for the UK as well as America and Australia, including post office, commercial, trade, telephone, private residents, police and magistrates directories.

Rev Patrick Bronte in a directory

Also available on TheGenealogist.co.uk are Occupational Records with years ranging from 1066 to 1929, such as:

Clergy records provide useful details of your ancestor's career, patrons and general information on churches. The Crockford's Clerical Directory covers the Church of England across the UK and around the world.

The entry for the Reverend Charles Bulmer, father of famous cider maker Percy Bulmer, is shown in the 1911 Clergy List and tells us that he was deacon at Magdalen College, Cambridge from 1857 and priest from 1860, curator at Stoke Edith from 1857 to 1861, chaplain at Hereford lunatic asylum 1869 to 1889 and rector at Credenhill from 1861 to 1910. 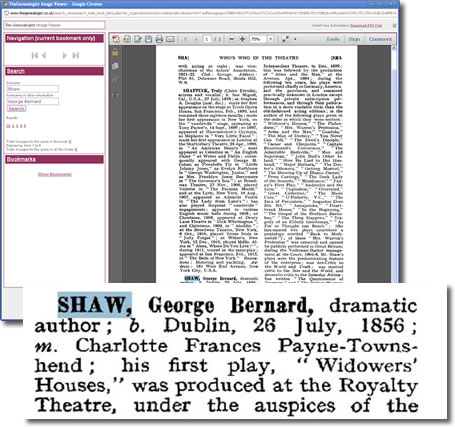 George Bernard Shaw in 'Who's Who in the Theatre 1922'

Biographical records are another rich source of information on occupations, as they can provide extensive and detailed information on the individual as well as achievements, education and where they lived.

The 'Who's Who in the Theatre - 1922' contains biographies of actors, actresses and critics here and on the continent. There are also family trees of theatrical families, theatrical and musical obituaries, and a Roll of Honour for actors, musicians, writers and workers for the stage 1914-1918. The entry for playwright George Bernard Shaw, author of 'My Fair Lady', shows us where and when he was born, who he was married to and details of his works from his first play in 1892.

The collection of Military Records on TheGenealogist is very diverse with Army, Navy and Air Force Lists ranging from 1661 to 1944, Prisoner of War records, Militia and Defence Staff Lists. Roll of Honour records available include De Ruvigny's and the National Roll of the Great War, some of which have biographies and photographs providing details that may not have survived in family records elsewhere.

Other useful records that can shed light on your ancestor's occupation are poll books and electoral registers. The Poll Books available on TheGenealogist pre-date the census records and go back as far as the 1700's. Wills also give details of a person's occupation and the PCC Wills collection is available with records ranging from the 1400's to 1857.