Patrick Stewart - Who Do You Think You Are?

Were any of Patrick's ancestor's actors or performers?

'Who Do You Think You Are?' Series 9 continues this week following the lives of Patrick Stewart's ancestors.

Were any of Patrick's ancestor's actors or performers? Where did the acting gene come from? Perhaps in this week's episode of the show we will find out if there are any similarities with his ancestors.

Best known for his role as Captain Jean-Luc Picard in Star Trek, Patrick traces his family roots with the discovery of his father's notable role in WW2. Patrick is a well known actor of stage and screen productions. As well as Star Trek, you may recognise him from the X-Men films as Professor Charles Xavier.

In his early life, Patrick spent time with Manchester's Library Theatre and in 1966 he became a member of the Royal Shakespeare Company. He has so far appeared in over 60 productions, including the lead role in Macbeth and, most recently, as Claudius in Hamlet.

He made his debut TV appearance in 1967 on Coronation Street and his Broadway debut in the renowned production of 'A Midsummer Nights Dream'. 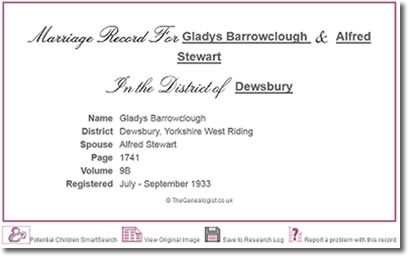 Patrick Stewart was knighted at Buckingham Palace in 2010 for his services to drama, and paid tribute to his English Teacher who he "literally owed everything to", as he was the one who first encouraged him to perform.

Just a few months ago, Patrick carried the Olympic torch for the London 2012 Summer Olympics, where he described the experience as one he would never forget and better than any movie premiere.

Patrick Stewart was born on the 13th July 1940 in the small West Yorkshire town of Mirfield. His father Alfred Stewart served with the King's Own Yorkshire Light Infantry and his mother Gladys Barrowclough was a textile worker.

Patrick was the youngest of three boys born to the couple, and using the SmartSearch facility on TheGenealogist.co.uk you can easily find potential children born from his parents' marriage:

You can begin your own research using our unique SmartSearch facilities, and from the most recent 1911 census records we provide the option to find potential marriage records using our Marriage Finder Tool: 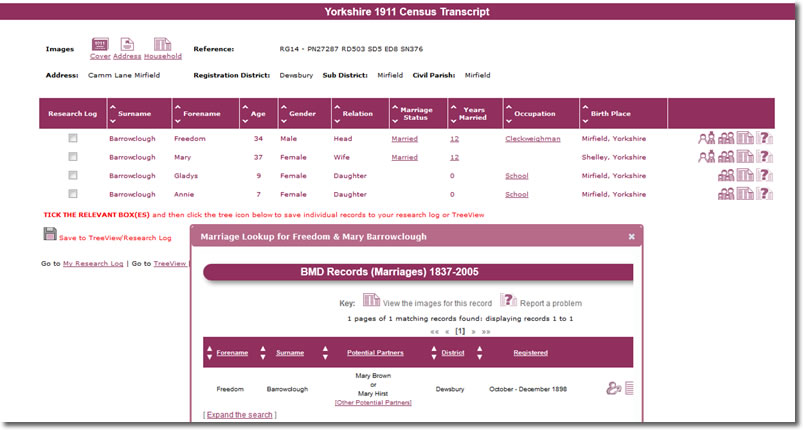 The census records provide a wealth of information to help in your research. From the 1911 census you can see that Patrick's mother Gladys Barrowclough was born in the same Yorkshire town c.1901.

Using the details on the census you can start to trace Patrick's maternal ancestry from the Barrowclough family, where we discover his grandfather Freedom Barrowclough, the son of Jonas Barrowclough and his wife Elizabeth.

Patrick's maternal great grandfather Jonas was from a hard working family in which his father John and brothers all worked in the mines.

The 1861 census shows Jonas with his mother Hannah, and going further back to 1851 you can see their large family with many of the sons working in the mines from a young age:

With TheGenealogist.co.uk you can access millions of records including BMDs, Census, Parish Registers, Non-Conformist Records, Directories, Wills and much more. Like Patrick, many of us will discover Military ancestors during our research, and with TheGenealogist's growing collection of Army Lists, Navy Lists, Air Force Lists, Casualty Lists, Overseas Military BMDs, War Newspapers and more, you may discover records of your own ancestors in our database. Start searching now using our Free 14 Day Trial: www.TheGenealogist.co.uk/14day 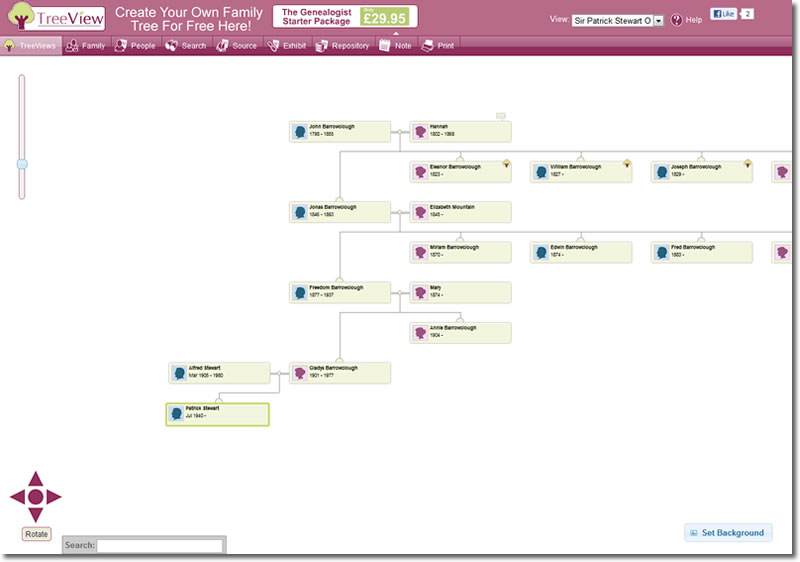 You can click here to see Patrick's family tree on TreeView

Patricks episode is to be shown on BBC 1, 29th August at 9pm.