Did you have an ancestor who worked on Britain's historic Railways?

Many boys dreamt of becoming a steam engine driver...

It used to be every young boy's dream to be a steam engine driver and many joined the Railways to achieve their dream or be a part of this exciting, fast developing industry. 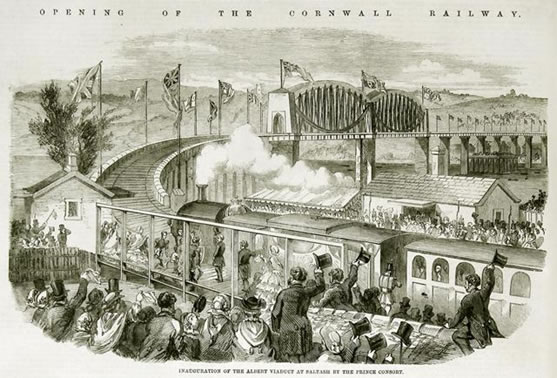 The latest records now available on TheGenealogist encompass nearly 1.5 million railway workers, including a specific section for those that worked on the Cornwall railway, which later became part of the historic Great Western Railway.

The railway system in Great Britain is the oldest in the world with the world's first locomotive-hauled public railway opening in 1825. The UK has the 18th largest railway network in the world and despite many lines having closed in the 20th century it remains one of the densest rail networks in the world. It has also been a major employer in Britain since 1825.

The railway records are available as part of the Diamond subscription on TheGenealogist. This provides family historians with the widest range of records to search if you have an ancestor who worked in the railway industry.

As demand for cotton, coal and other products increased, the government, keen to keep the economy moving, encouraged the development of a rail infrastructure in Britain. Whilst there were some entrepreneurs who proposed large interconnecting rail networks, the cheaper, more viable options were local rail links from local companies.

The financial success of the early railways was phenomenal, as they had no real competition. The roads were still very slow and in poor condition. Prices of fuel and food fell in cities connected to railways owing to the fall in the cost of transport. However, the number of railway companies involved and the separate rail networks explains why many UK cities ended up with a number of rail stations that weren't connected together.

It's now possible to search through almost 1.5 million records across the country on TheGenealogist to trace those railway employees of yesteryear.

The latest specialist railway records include an in-depth look at one of the major railway operators in the West Country- the local Cornwall railway. The Cornish Railway main line was the key route to the English Riviera and into Cornwall with it's many popular seaside destinations.
The line carried holidaymakers in summer, as well as vegetables, fish and cut flowers from Cornwall to markets in London and elsewhere in England. The section from Truro to Falmouth, originally part of its main line, never truly fulfilled its potential and soon became a branch line. Nonetheless, the entire route with some updated alterations remains open, forming part of the Cornish Main Line from Plymouth to Penzance.

The information in the records include names, occupations , wages or salaries, dates of entering service and dates of birth for the officers and clerks. All the employees are listed which allow you to see what role your ancestor played in an ever expanding industry as railway mania took over Britain in the Victorian times. As an example, here we see Mr Phillips, who achieved the boyhood dream of driving the fastest form of locomotion at the time:

The Cornwall railway record transcriptions are available from 1889 to 1916 and give a unique way to discover your ancestor's occupation- ranging from Station Master, to Signalman, to accountants and office workers. 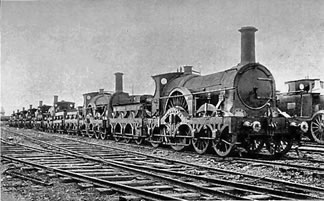 The years cover a very turbulent yet interesting time, as the Cornwall Railway (like so many other smaller rail companies at the time) was amalgamated into a larger organisation, (in this case The Great Western Railway) and then the run up to hostilities with Germany in 1914, when so many railwaymen volunteered for the Great War.

History of the Cornwall Railway

In the first half of the nineteenth century, Falmouth was an important landing station for shipping, and a number of schemes were developed for a railway connection from the town to London. These did not gain the financial support necessary to make progress, and in 1843 local businessmen W Tweedy and W H Bond approached the Great Western Railway (GWR) to try to induce them to fund an extension of the South Devon Railway into Cornwall. Direct assistance from the major railway operator was refused but an independent scheme was put together instead. 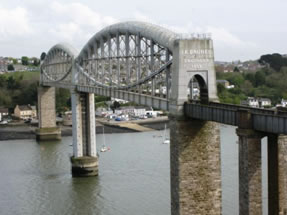 The whole project was constantly beset with a shortage of capital for the construction. The train line that had to cross the River Tamar was a particular challenge and Isambard Kingdom Brunel was brought in to build the bridge. The Royal Albert Bridge finally opened in 1859 shortly after Brunel's death.

Finally, the Cornwall Railway was taken over by The Great Western Railway Company on 15 June 1889. Information on the employees who worked on the railway at this time can now be found in the 'Railway Employment Records' in the Occupational section on TheGenealogist.