TheGenealogist has launched a new resource for those with sea going ancestors. It gives details of over 439,000 Royal Navy and Merchant Seamen records which are searchable by name, rank, age and ship. The full crew list can be displayed for any of the ships.

Covering the years 1851-1911, these include lists and agreements for those involved in merchant shipping and ship crews for those at home ports, sea and abroad.

Details given may include age, place of birth, rank and ticket number, previous and current ships with ports of registration, dates, place and reason for joining and leaving.

The records are from a variety of sources which include BT98 and specialist county and non-county census records.

Searching for David Benzie shows us to the two ships he was Master of and then by clicking on the full details icon it reveals all of his information including his ticket number. 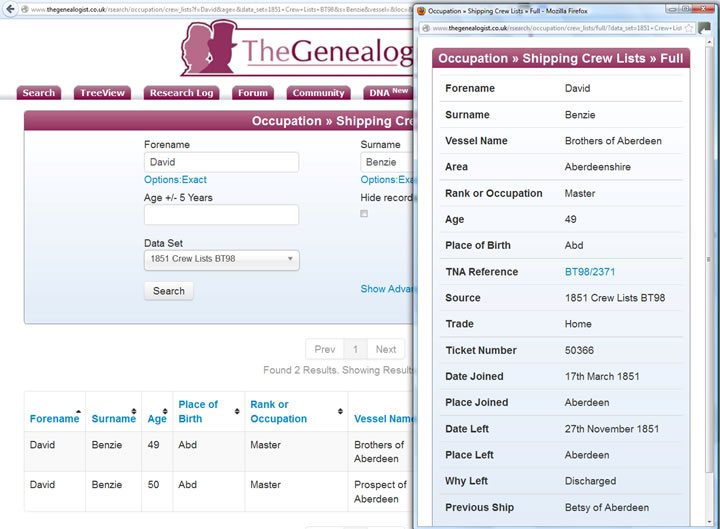 The full crew list for the ship can be viewed by clicking on the ship icon. An advanced search is also available where you can use the ship's name. 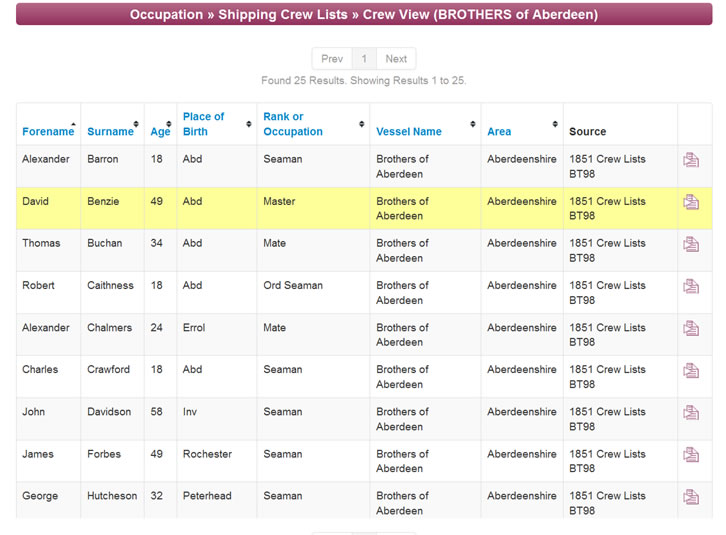 You can select which years to search or search all the crew lists from 1851 to 1911 which include both ships at home, at sea and abroad.

One example is the large crew of the training vessel HMS Britannia which was docked in Dartmouth. She used to be the magnificent HMS Prince of Wales with 121 guns and was one of the first rate three decker line of battle ships. Launched in 1860 she was renamed HMS Britannia in 1869 and was then used for cadet training.

Searching for Captain Noel Digby in the Advanced search brings up his details out of all the records and allows his full record to be displayed.

The Britannia's full crew list can also be shown along with the original image of the record. 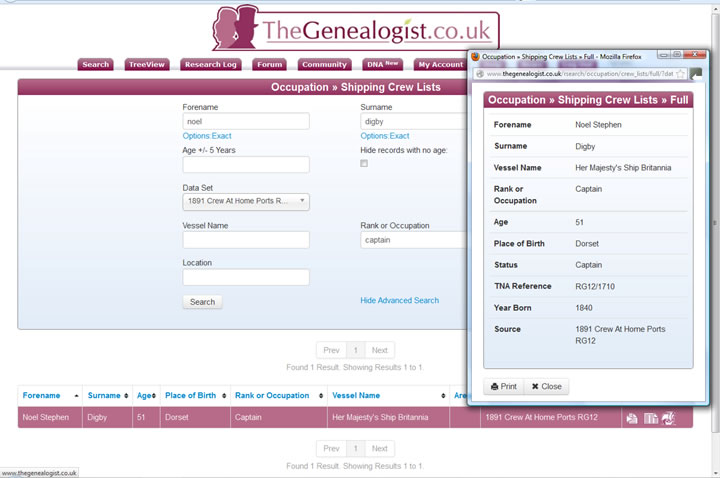 The new record set can be found under occupational records and Ship Crew Lists for those with a Diamond subscription.
Other linked records of interest are the large collection of Navy Lists under Military rolls and lists on TheGenealogist.