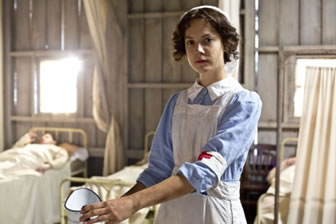 The new BBC drama series 'The Crimson Field', which forms part of their World War One Centenary Season, explores life from a nurse's viewpoint through the horrors of the First World War. A high profile, talented cast has been recruited by writer Sarah Phelps and coincidentally, a number of the cast in the Voluntary Aid Detachment (V.A.D.) have surprising connections to the actual war itself.

TheGenealogist.co.uk has looked through its extensive military records collection and found a number of direct nursing ancestral links to The Great War. 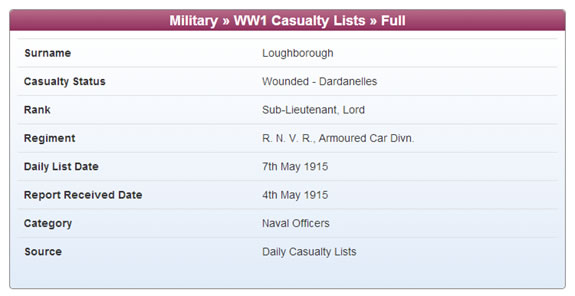 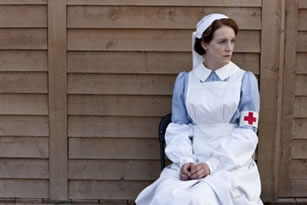 He met Sheila Chisholm, a socialite from Australia, who was helping as a voluntary nurse at a military hospital. She married him later that year after a whirlwind romance. Sheila (the great grandmother of Alice) would have performed a similar role to Flora in the TV drama!

The role of Rosalie Berwick, unmarried and fearing being 'left on the shelf', is played by Marianne Oldham (pictured right).

Marianne herself has a great-grandfather and great uncle who both saw active service in World War One. Redvers Oldham, her great grandfather, was a stock exchange clerk, a family line of business which extends to this day to Marianne's father, Gavin David Redvers Oldham. Here we find Redvers Oldham in the 1911 Census, in Reigate in Surrey, as a visitor in the Waley House, a family of stockbrokers. 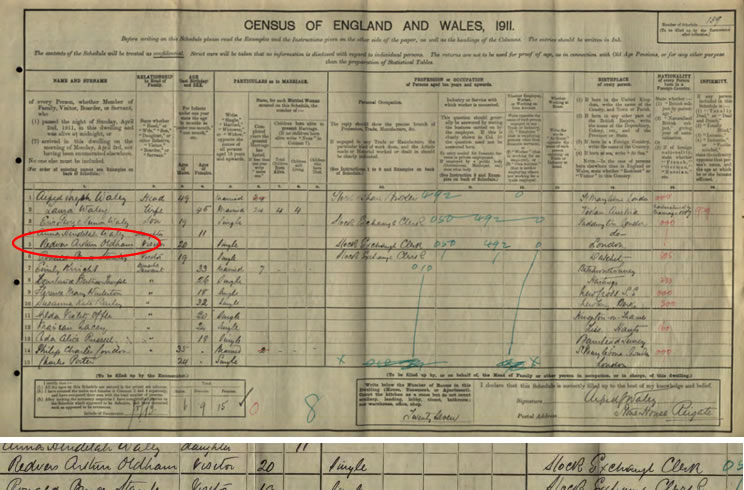 Redvers Oldham in the 1911 Census at TheGenealogist.co.uk 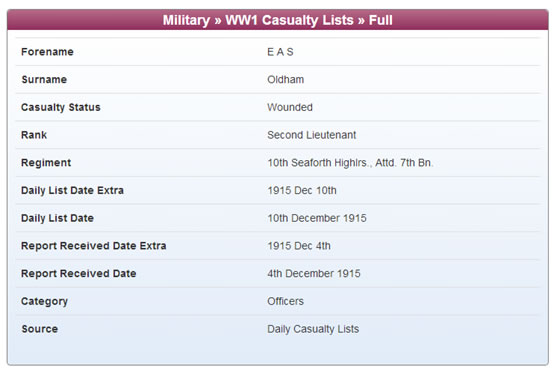 Once joining the army at the start of the Great War, he worked his way up from Bombadier to Lieutenant to Captain in The Royal Artillery. He fought in the Egypt campaign and was awarded the 1914-15 Star Medal.

His brother, Eustace Alfred Skinner Oldham (Marianne's Great Great Uncle) fought with the Seaforth Highlanders. He was a junior officer who gained promotion from Lieutenant to Captain. He was attached to the 7th Battalion and was wounded in France on the 4th December 1915. He was awarded the 1915 Star. His casualty record from 1915 can be seen on TheGenealogist (pictured right).

Both Oldham brothers survived the war.

Marianne's other great grandfather, Sir Lancelot Royle, left Harrow School and joined The Royal Artillery in 1916 as a young officer aged just 18 and remained in France until the armistice. He later became one of Britain's leading retail businessmen.

Marianne's mother, Virginia Russell also has ancestors in the medical profession. Samuel Hutchinson (Marianne's great great Uncle) was a medical student in the 1911 census, potentially learning skills that may be sadly in great demand a few years later. Here we find him in a copy of the census record on TheGenealogist: 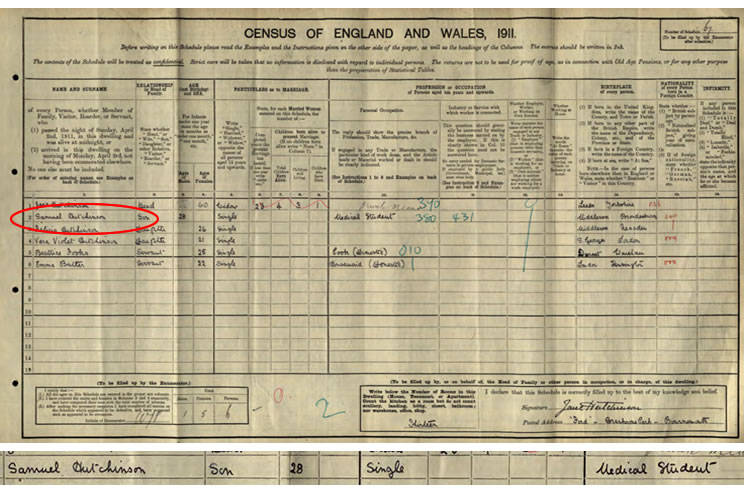 Samuel Hutchinson in the 1911 Census at TheGenealogist.co.uk 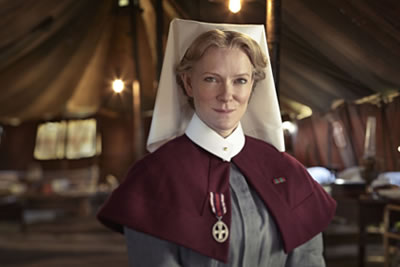 Her grandfather, Charles William Norris was an army regular before the war in the 9th Lancers and was wounded in December 1914 as the British Army retreated from Mons. He suffered from shrapnel wounds to his legs and, like the story of Corporal Prentiss in the first episode of the TV drama, the traumatic experience of battle left him with severe shell shock. Here we see Sergeant Charles Norris found on the 'Casualty Lists' on TheGenealogist: 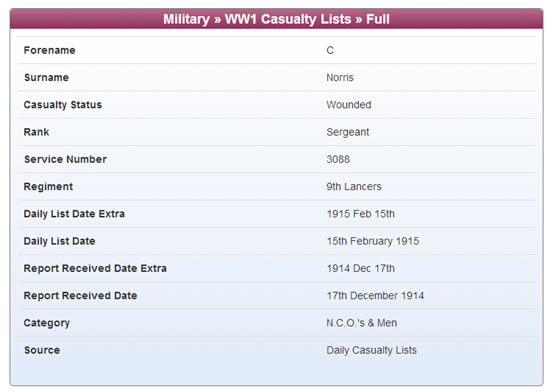 Charles Norris in the Casualty Lists at TheGenealogist.co.uk

Her grandfather had three other brothers who also served their country. The family are all found in the 1911 Census. As well as Charles William, there was George Edward Sherman, Frank Baker and Albert Henry Norris who all served in the First World War. George Edward Norris served in the Royal Army Medical Corps to add further coincidence to the role Hermione now plays in the drama. 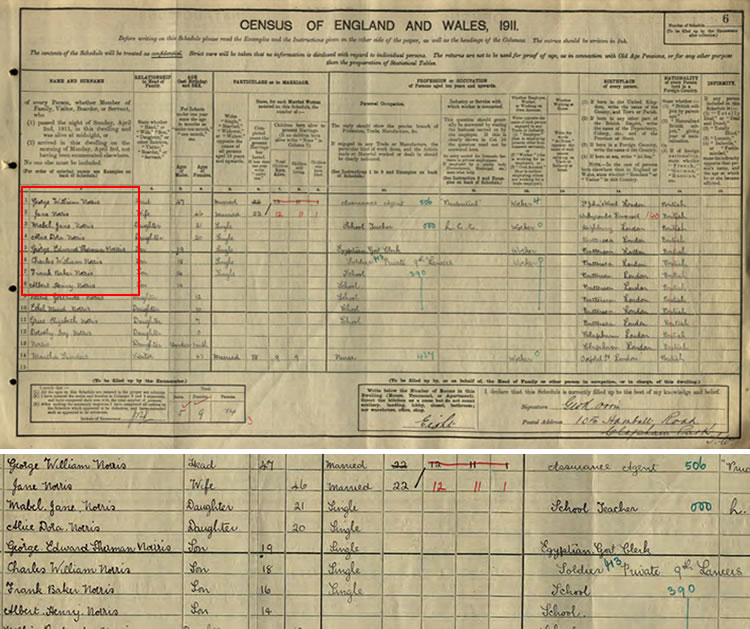 The Norris family in the 1911 Census at TheGenealogist.co.uk 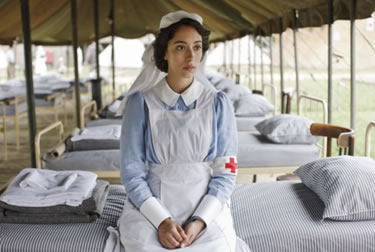 Finally, there is Oona Chaplin. Oona Castilla Chaplin is the grand-daughter of legendary British comedian and film star, Charlie Chaplin.

Charlie lived in mostly poverty in his early years. His parents were musical hall artistes and here we find Charlie living with his mother Hannah and half-brother, Sydney in Walworth, South London in the 1891 Census.

Charlie Chaplain in the 1891 Census at TheGenealogist.co.uk

By 1911, Charlie had got into the world of show business, lodging with some fellow music hall artistes, still in South London.

Charlie Chaplin in the 1901 Census at TheGenealogist.co.uk 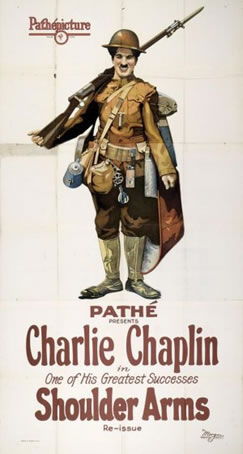 By the outbreak of the First World War, Charlie was living and working in America having entered the world of films. As his popularity grew, he was regarded with disdain by the British media for not joining the armed forces. His response was he would have joined but was never asked.

However, Charlie enjoyed immense popularity with the troops serving at the front and did contribute to the war effort in his own unique way. He toured the United States raising funds for the war effort as part of a Liberty Bonds campaign. He also produced a short propaganda film called The Bond which was donated to the US government for fund raising. His next film release was a comedy about life in the trenches entitled 'Shoulder Arms' which, although a gamble as it made light of the war itself, became a great success when released in 1918 and set Charlie Chaplin further on the road to legendary status.