The Earl, his illegitimate children and his mistress the amateur scientist

In the West Sussex parish of Petworth sits Petworth House. This late 17th-century Grade I listed country house now occupies where previously had stood the Petworth manor house of the Percy family, the Earls of Northumberland. While the Percys had their main seat in Northumberland, Elizabeth I had once confined them to their southern house on this land. The Tudor Queen had, it seems, been suspicious of their allegiance to her cousin, Mary Queen of Scots, and wanted them kept away from the north of her realm with its proximity to Scotland.

The manor then passed by marriage to the Dukes of Somerset and was rebuilt in 1750 before it was then inherited by the Wyndham family, descended from Sir Charles Wyndham (1710-1763). Sir Charles, who was the nephew and co-heir to the estate of the 7th Duke of Somerset (1684-1750), obtained Petworth along with one of his uncle's titles, that of the Earl of Egremont. On his own death he passed both the land and the title on to his son, George along with a change of surname. In 1774 Charles, the 2nd Earl, had also added O'Brien to his name on inheriting extensive estates in Ireland from his uncle Percy Wyndham-O'Brien, 1st Earl of Thomond.

The latest Sussex parish records, released by TheGenealogist, includes the parish of Petworth where entries from the registers stretch back as far as 1559. Within this set we are able to find many people from the Petworth House estate, as well as from the surrounding parish. These include footmen, grooms, porters and other servants to the Egremont household and also a number of illegitimate children of George, 3rd Earl of Egremont. His lordship was reputed to have sired more than forty illegitimate children, including those by a favoured mistress called Elizabeth Ilive, whom he would eventually marry at Petworth. Elizabeth brought into the world seven illegitimate children, fathered by the earl, and also one legitimate daughter who was to die in infancy. 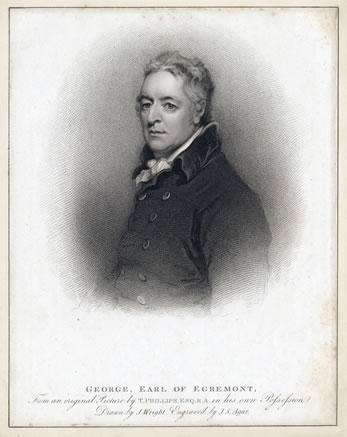 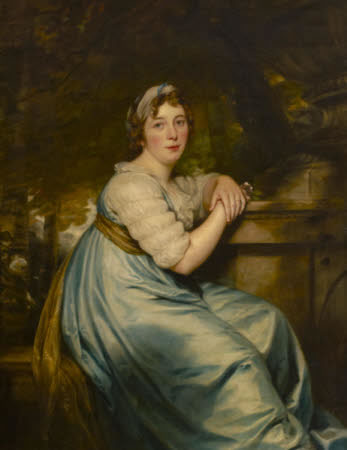 Two of Elizabeth's sons, Colonel George Wyndham and General Henry Wyndham fought beside The Duke of Wellington on two of his famous victories at Vitoria and Waterloo. The earl would seem to have been proud enough of them that at his death Elizabeth's first born son, Colonel George Wyndham, got Petworth and various estates in Yorkshire and Ireland and in 1859 the Colonel was also raised to the peerage as Baron Leconfield by Queen Victoria. His brother, General Henry Wyndham, inherited the family estates in Cumberland - but because there were no legitimate children surviving the earldom passed to their cousin, George Francis Wyndham who became the 4th Earl of Egremont and inherited his Uncle's Somerset estates.

Marriage between the 3rd Earl of Egremont and his mistress, Elizabeth Ilive, 1801 in the Petworth parish records on TheGenealogist

If we search in this new parish record release we can easily find the 1801 marriage of George, the 3rd Earl, to his mistress Elizabeth Ilive. Elizabeth was a remarkable woman in her own right with interests outside of her numerous surviving children. The marriage on the 11th of July 1801 in the Parish of Petworth is recorded between George O'Brien and Elizabeth Ilive and the notes tell us that the groom's profession was the Earl of Egremont. It would seem that he was using the surname, O'Brien, that his father had adopted in 1774. In contrast many of the children adopted the surname Wyndham though, as is the custom for illegitimate children, in the parish records they were given their mother's surname of Ilive at baptism.

Elizabeth became the peer's mistress when she was only fifteen, or sixteen, though she and Lord Egremont separated in 1803 two years after their marriage. The first child, named George Wyndham after his father, was born in 1787 but as his baptism was in Marylebone it is not in the newly released Sussex parish records. A large number of his brothers and sisters, however, do feature in the Petworth records.

The 3rd Earl was a major landowner and agriculturist. His friendship with the Reverend Arthur Young, an agricultural writer whose substantial reputation as an expert on agricultural improvement probably encouraged Lord Egremont's development of his estate. As an enthusiastic canal builder Egremont invested in many commercial ventures that would allow for agricultural advancement of his Petworth estates. He transported chalk in from Houghton for liming. The canals also brought in coal to replace scarce supplies of firewood and so releasing more land for food production.

Meanwhile, Elizabeth had an article called "Planting Patatoe shoots" (her spelling), published in 1797 in Arthur Young's "Annals of Agriculture." According to The National Trust's website for Petworth House, where she lived between 1789 and 1803, Elizabeth's article revealed different methods of planting the crop. The 3rd Earl was not, however, happy to have her name published as the author of the article and as a result it mentioned only that it had been written 'By a Lady.' The Rev. Young was somewhat put out by his friend's decision and wrote to him. "Of what consequence to a careful reader, the age, sex or beauty of a writer; provided he or she writes good sense."

Elizabeth Ilive and her lover, the Earl, were both passionate about art and science. Lord Egremont was a great art collector and also followed the latest scientific advances. Elizabeth was an amateur scientist with a laboratory built for her at Petworth in order that she could experiment and pursue her scientific interests. There are accounts that Elizabeth ordered a chest of chemicals and quantities of equipment, such as models of the anatomy. With her interest in art she had worked with Turner probably mixing pigments in the laboratory for him to use in his paintings. She also encouraged new talent and commissioned two of William Blake's drawings that today hang at Petworth. These are Satan Calling up his Legions (from John Milton's 'Paradise Lost') (1805-1809), and the other is The Last Judgement (1808).

In 1803 Elizabeth, now Countess of Egremont, gave birth to her eighth child who was named Lady Elizabeth Wyndham. By searching in the Petworth parish records on TheGenealogist we are able to see the burial of the couple's only legitimate child, the infant Lady Elizabeth Wyndham on the 9th February 1803. It was in this year that the Countess and the Earl seperated and she left Petworth House to live in Harrow.

The 3rd Earl passed away on the 11th November 1837 and we are able to discover his burial on November 21st 1837 aged 85 in the Petworth parish records.

Parish records are a fantastic resource for tracing ancestors back in time before the establishment of civil registration at the beginning of Victoria's reign. TheGenealogist is constantly adding to its collection to aid family historians in finding their forebears. This latest release brings the total of Sussex parish records to over 3 million individuals.