They would meet in tea shops to plan their campaigns...

Michelle Keegan's episode of Who Do You Think You Are? launches this year's series and reveals that her ancestor had a connection to the campaign for women to get the vote over a hundred years ago. The programme is a part of the 'Hear Her' Season on the BBC as it marks the centenary of enfranchising women.

While the vote was given to some women with the Representation of the People Act 1918, not all were included at first. The act granted all men over 21 years of age, and those women who were over the age of 30 and met some minimum property qualifications, the right to vote. It was not, however, until The Representation of the People Act 1928 that all women over the age of 21 received voting rights in the UK. With the 1920s being the decade that all women had the same voting rights and the 1921 census not being available to researchers yet, this fascinating period is covered by TheGenealogist who have added more records to its 1921 census substitute.

This period would have been a time when active members of the suffragist and suffragette movement would meet in tea shops to plan their campaigns for obtaining women the same voting rights as the men. One of these catering business favoured for the gatherings was in London's Oxford Street and was known as 'Alan's Tea Rooms'. On first glance in the records this establishment may be assumed to be owned by a man, Alan Liddle. In actual fact Alan Liddle was the pseudonym for its proprietor Miss Marguerite Alan Liddle - and she was the sister of the active suffragette Helen Gordon Liddle. Helen, a member of the Women's Social & Political Union, is famous for having written the book The Prisoner: an experience of forcible feeding.

Advertisements in Votes for Women, a publication founded by Emmeline Pankhurst, saw Alan's Tea room promote a large room available for meetings. They then made clear where the establishment's political sentiments lay with the line "no charge to members of the W.S.P.U." booking the room for meetings. Searching the directories records on TheGenealogist we can find the Alan Liddle Refreshment Rooms listed at 263 Oxford Street in the 1921 Post Office Directory of London. 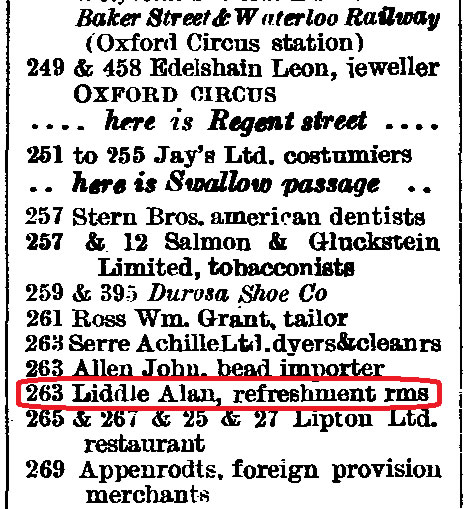 The Liddle sisters were, however, from Shropshire where their father had been a lawyer. The 1881 census records on TheGenealogist discovers that, as children, Marguerite and Helen lived at Highfield in the parish of Church Aston in Shropshire. By then using the 1921 census substitute on TheGenealogist we can find that their brother, Rowland Pemberton Liddle, still lived up in Shropshire in the Liddle's family home of Highfield. He is also listed at his place of work, Liddle & Heane Solicitors at 60 the High Street, Newport and again as the Secretary of the Newport (Salop) Gas Light & Coke Company Limited at the same High Street address. 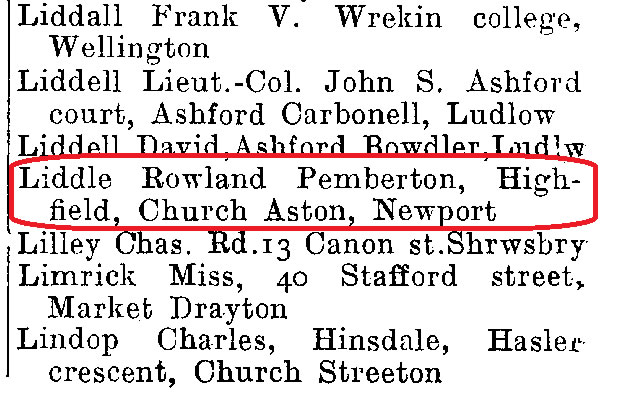 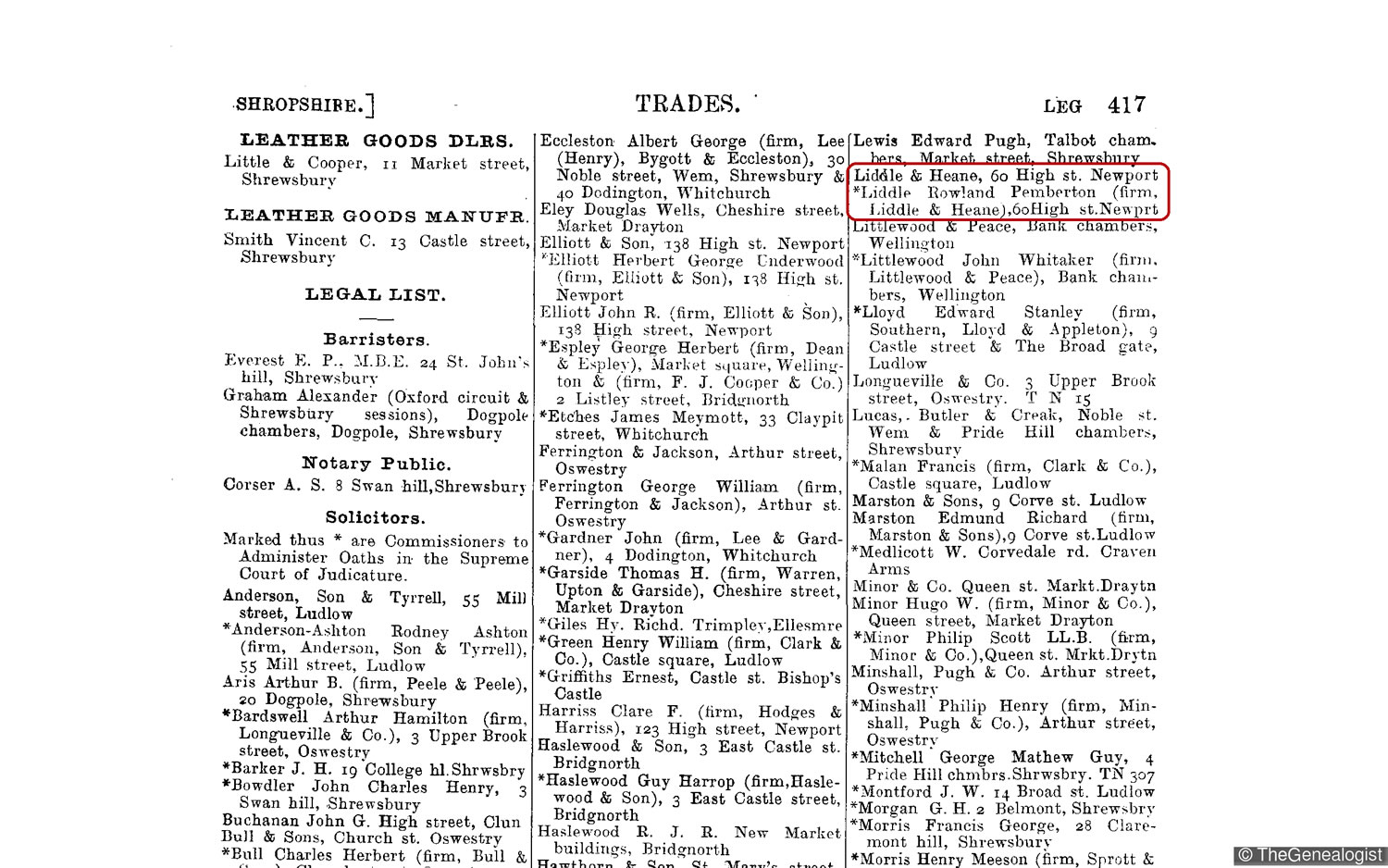 You can search for your own ancestors in the 1921 census substitute on TheGenealogist.