In the years before the First World War a series of young women lost their lives in different parts of the country, drowning in their bathtubs, seemingly from natural causes. It wouldn't be until 1915 that the similarities of their respective deaths would be recognised and George Joseph Smith would finally be held to account. 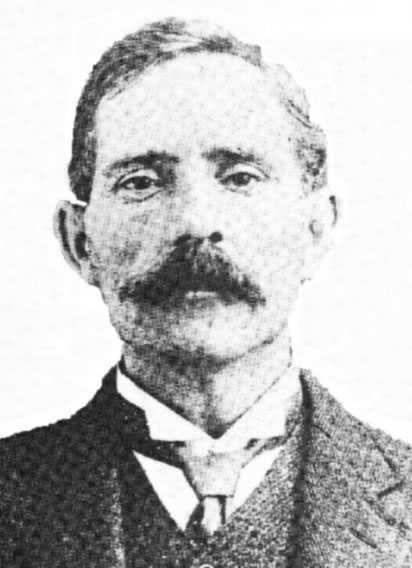 George Joseph Smith in The Police Gazette 1915 via Wikimedia Commons

Smith was a petty criminal from Bethnal Green who used a number of aliases in an attempt to throw the authorities off his trail. Born in 1872 he was in trouble from an early age and spent time in prison several times. He was also a charmer with the ladies who fell for him in droves, reportedly wooing a total of eight women into marriage between 1908 and 1914. Seven of the unions were bigamous but his first marriage, while legal, was contracted using the false name of George Love. A search of the marriage records on TheGenealogist finds the 1898 marriage registered in Leicester between George Oliver Love and Caroline Thornhill. 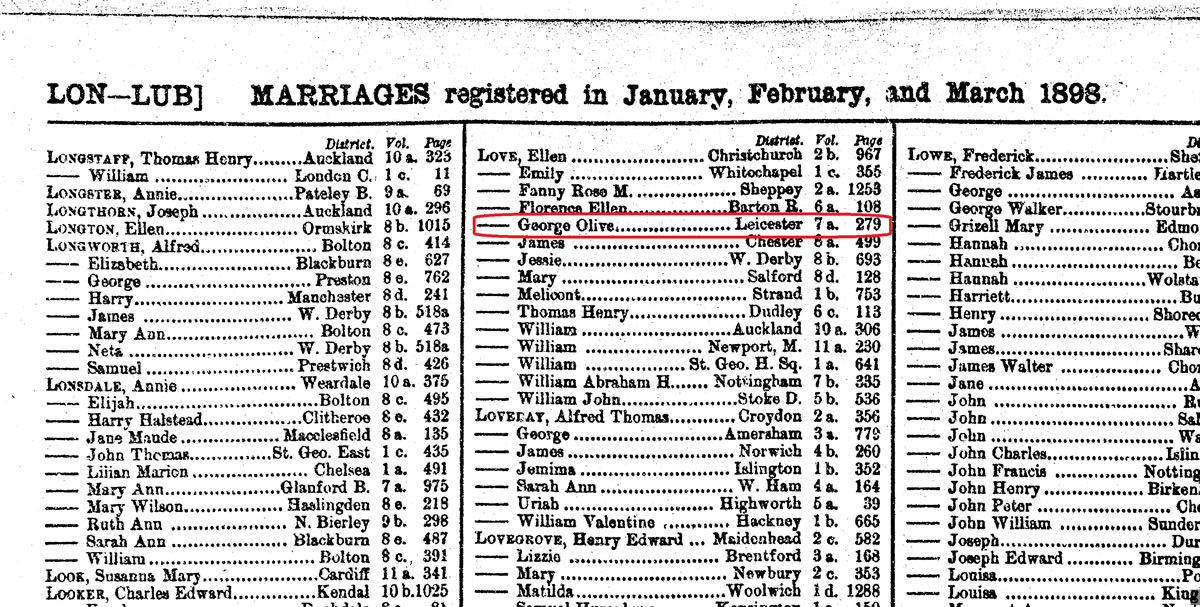 Smith would use a similar name, Oliver George Love, as an alias in 1901 when he was caught and convicted in Hastings for Larceny and his two year sentence warranted an entry in the Metropolitan Police: Habitual Criminals Register for 1902. This can be found in the MEPO 6 records in TheGenealogist's Court and Criminal records.

Joining this collection are the CRIM 9 Central Criminal Court: After Trial Calendar of Prisoners 1863 from The National Archives and these scanned documents will provide the researcher with details of the court that an ancestor had appeared in, the dates, verdict of the jury and the punishment given. Crimes range across the full range of offences from stealing an umbrella to fraud, sexual crimes, manslaughter and murder. If an ancestor was a repeat offender then their previous misdemeanors will be listed in the left hand column and can show you how they may have progressed up the scale.

Consulting this resource we see that George Joseph Smith stood trial in 1915 for murder. His entry shows only a small selection of his previous convictions listed, beginning with stealing a bicycle, which was dealt with at Lambeth Police Court 7th February 1891 where he received six months inside for the crime. Next we read in 1896 a conviction from the London sessions for 3 charges of receiving goods while posing under the alias of George Baker - for this he was awarded a 12 month sentence in jail. Moving up the scale, as Oliver George Love the Hastings session put him away for two years in January 1901. Smith's final sentence, in 1915, allowed for no more reoffending - it was the ultimate punishment: Death.

Smith's victim, in this case, was one of the seven wives that he had married bigamously, Bessie Constance Annie Mundy. Examining the record on TheGenealogist we see that the names of two more victims are recorded, though no proceedings were taken on these crimes because the law only allowed for a defendant to be tried for one case of murder. Notwithstanding this, the case established a precedent in English Law - in future, evidence of the other murders would be used to established a pattern of criminal behaviour.

Smith would marry his victims in order to get his hands on the unfortunate womens' savings, clearing them out before moving on to the next in line. But for three of the ladies it would also be their lives that they would lose in his pursuit of funds. In 1910, posing as Henry Williams, he wed Bessie Mundy in Weymouth. Money was the motive for the romance when he discovered that she was comfortably well off. The reports of the trial stated that she had inherited £2,500 (equivalent to about £242,600 in today's money) from her father. Using the Civil Registration Marriages on TheGenealogist we find the listing for the July-September quarter of 1910.

Smith moved with Bessie to Herne Bay in Kent, where he set up as an art dealer. He then set about convincing his 'wife' that she was an epileptic and that she couldn't recall the fits that she had after they had occurred - he also persuaded her to make a will that left her inheritance to him. Bessie's demise came when the couple purchased a bathtub and she allegedly had a fit while bathing. The local Doctor was called after Bessie's death and because he had been treating her for possible epilepsy the circumstances were not seen as suspicious.

Using the census collection on TheGenealogist we can find the victim's family from 1891 and a time before she had married Smith. The family lived in Warminster in Wiltshire and Bessie had been a 15 year old scholar, born in the town, while her Bank Manger father was a 52 year old widower at this time. Bessie and her siblings had a maiden aunt, her father's sister, on hand and presumably running their house after the death of their mother. 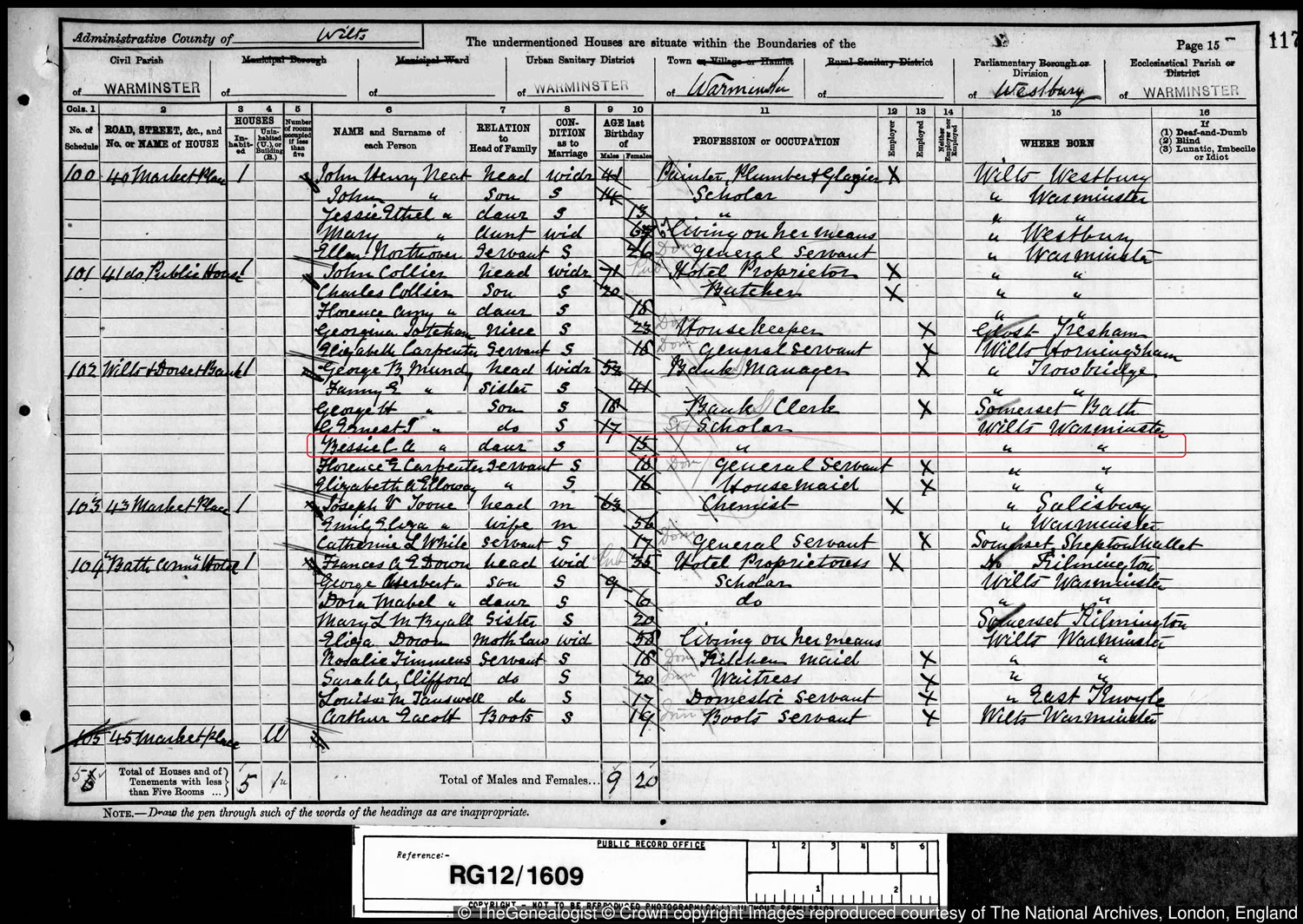 With poor Bessie drowned, Smith inherited her money and then moved on to his next bigamous marriages in order to steal whatever they had. It was in November 1913 when George J Smith wed a nurse named Alice Burnham. TheGenealogist's Civil Registrations Marriages allows us to discover that the wedding took place in Portsmouth, however it was at the other end of England, in Lancashire, where she would meet her demise. 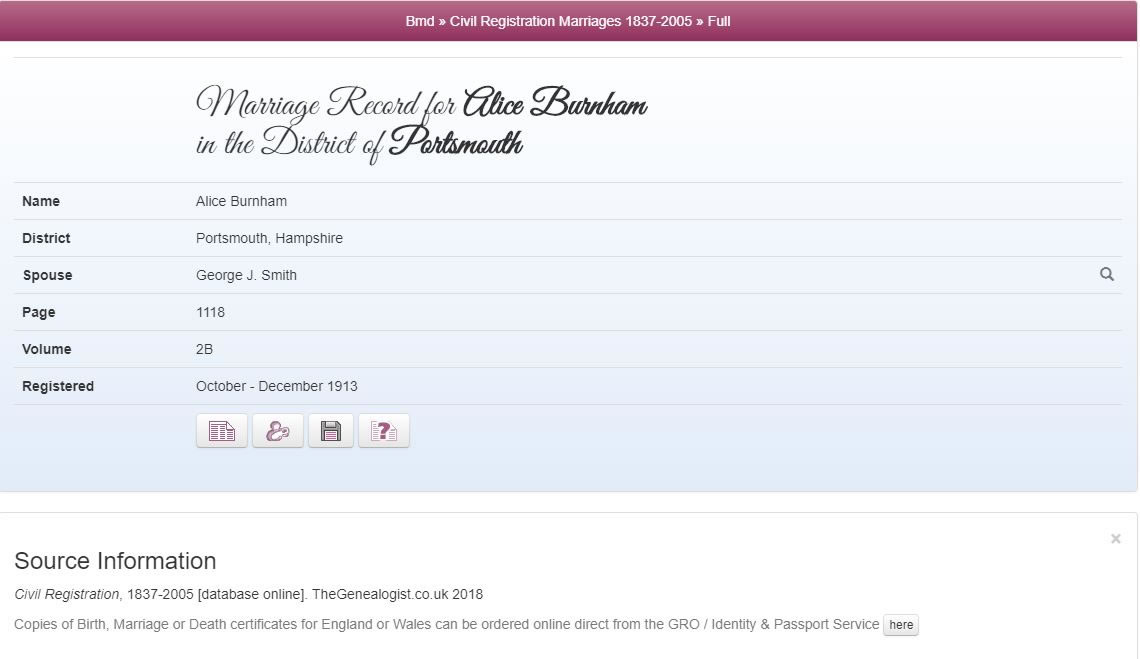 A month after the wedding the Smiths went on a romantic holiday to the resort of Blackpool, perhaps as a late honeymoon. The boarding house chosen for their stay boasted a bathtub and it was here that the unfortunate Alice drowned in the bath, Smith having arranged life insurance of £500 on his new bride. He had taken Alice to see a doctor to treat the headaches that she was experiencing and so an inquest jury decided that Alice had died having fainted while bathing. Amazingly Smith was in the clear and the insurance company paid out the £500.

Smith's victims came from different parts of the country and his murders were carried out in disparate locations to avoid a connection being made. As we can find in the marriage records on TheGenealogist, December 1914 sees a John Lloyd marrying Margaret Lofty, this time in Bath. Lloyd was in fact George Joseph Smith and he again took his victim to see a doctor complaining of headaches, also previously having arranged life insurance on her life, this time for £700. On their wedding night, the unfortunate Margaret drowned in the bath of their lodgings in Highgate, North London.

It was the newspaper reports that eventually led to a link being made between the crimes and the Metropolitan Police began an investigation when the similarities between Alice Burnham and Margaret Lofty's deaths were drawn to their attention. This prompted the Kent Police to suggest that the death of Bessie Mundy was also similar and so, despite making sure that his crimes were spread across the country, Smith was now in the frame especially when his description matched that of the various husbands.

The case went down in history for the first use of 'The Doctrine of Chances' to prove guilt. This is where the prosecution compares other crimes to the one a criminal was being tried for in order to show a pattern and it would go on to be used in later murder trials.

George Joseph Smith was found guilty, sentenced to hang and was executed at Maidstone Prison in August 1915, protesting his innocence to the end. In the CRIM 9 After Trial Calendar of Prisoners 1915, now available on TheGenealogist we see in column 11, which reveals the Sentence or Order of the Court, there is a one word punishment: Death.