Our Ancestors in the 1890s reported by The Illustrated London News

Queen Victoria had been on the throne for more than fifty years by the dawning of the 1890s. Britain's Prime Minister would be Lord Salisbury for a good part of the decade, only being out of office between 1892 and 1895. Mauve became a popular colour for silks and our ancestors' clothes in the 1890s. This followed on from the accidental discovery of the first aniline dye by the chemistry student, Henry Perkin, earlier in 1853. After the invention of mauveine, Perkins and other chemists discovered a number of other aniline dyes and so by this decade factories across Europe made the colours widely available. By the 1890s, however, the Germans had established a near-monopoly over the business and Perkin was compelled to sell off his holdings and retire at a time when it had become fashionable. 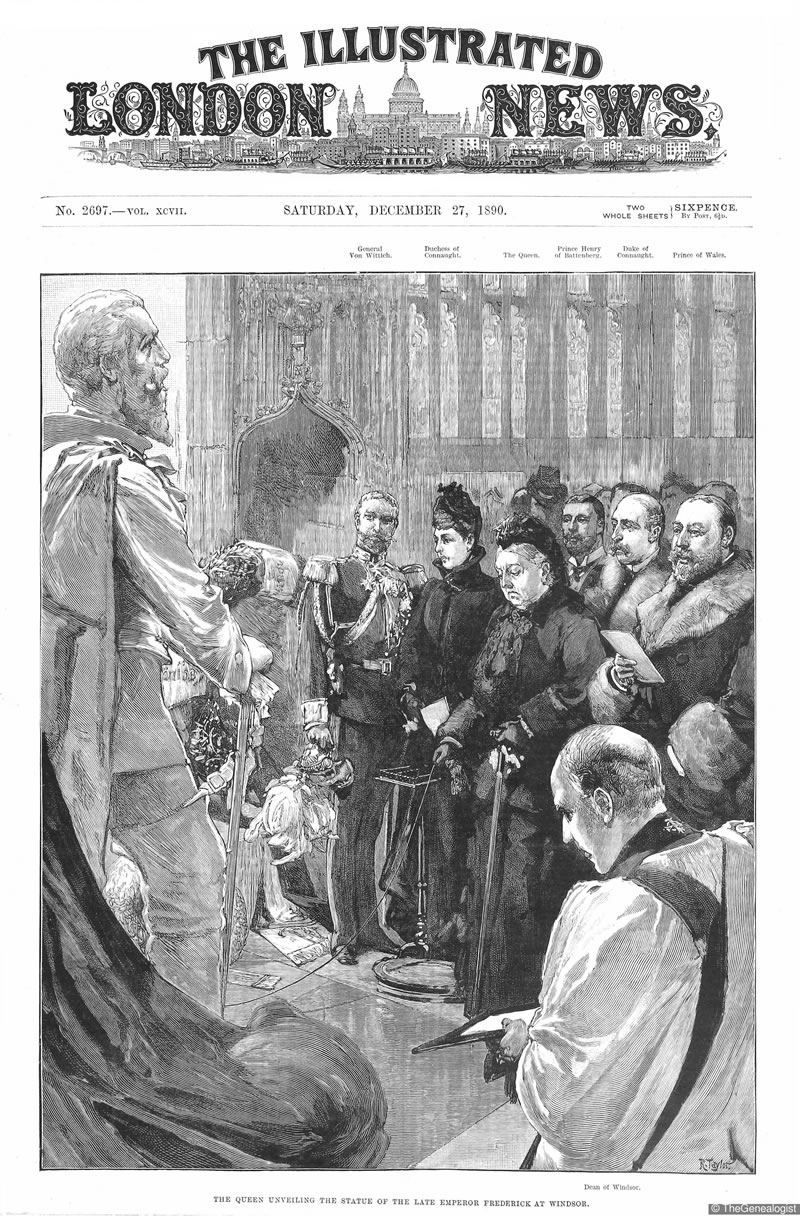 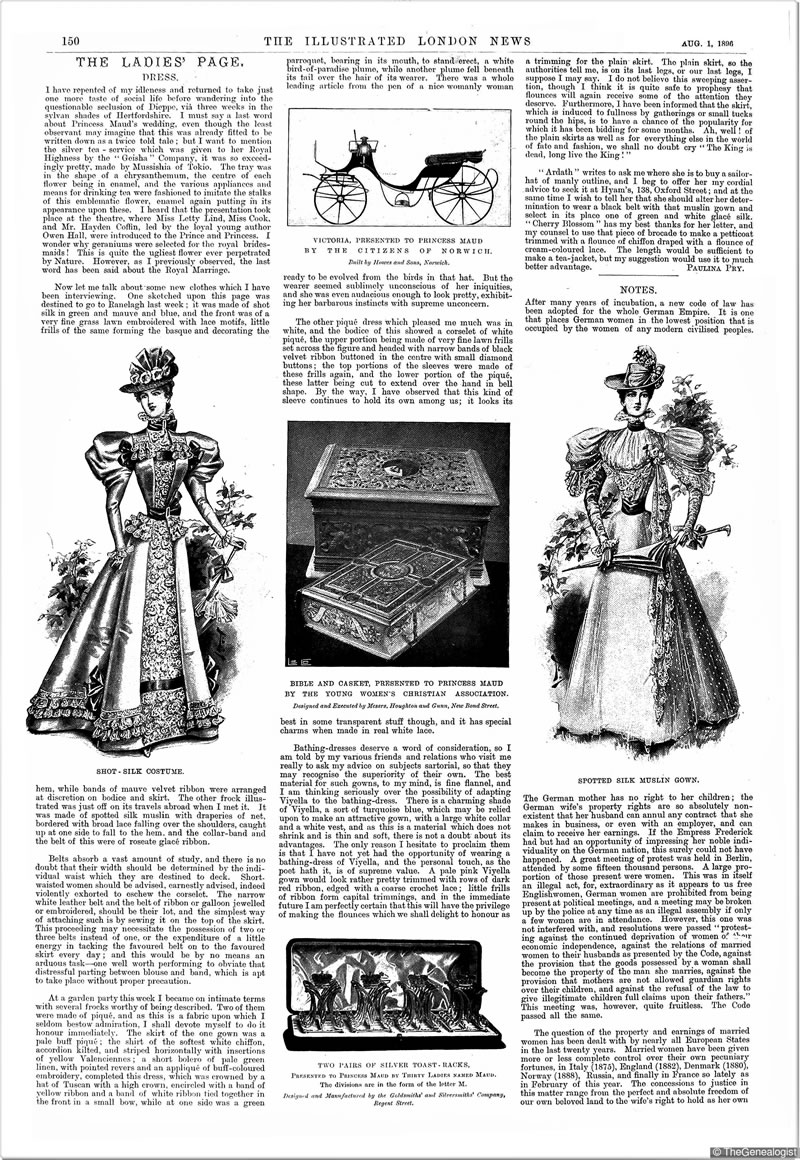 The Illustrated London News, August 1 1896, referring to mauve silk popular in the decade

Understand the world of your ancestors

If our family history research has led us back to the 1890s then it can be very useful to understand more about the world in which our ancestors lived by searching a newspaper or magazine from the time. Recently released by TheGenealogist comes the 1890s decade of The Illustrated London News to join previous editions reaching back to the 1840s.

In 1894 international terrorism came to Britain for the first time when, at Greenwich, an anarchist bomb attack was made at the Royal Observatory. An article in The Illustrated London News for February 24th tells us that the 26 year old Frenchman, who had earned a living as a tailor in America before joining his brother at the trade in London, accidentally blew himself up in the park. The motive for his failed attack was not clear and the bomber was the only person to die. It could have been a much more serious atrocity as on the day of his death, the anarchist Martial Bourdin had travelled to Greenwich by railway train from Charing Cross. The carrying of explosives on public transport had put many more souls at risk and so luck was with Bourdin's fellow passengers on that day as the bomb didn't go off until he stumbled on top of it in Greenwich Park.

In The Illustrated London News for November 8th 1890 we can read about an addition to the public transport system in the city, when the first electric underground railway was opened by the Prince of Wales. An underground railway hauled by steam engines had opened in London during 1863, with the Metropolitan Railway. It was not, however, until 1890 that the first electrified line opened in November when the City & South London Railway ran a line from Stockwell to King William Street in the City. 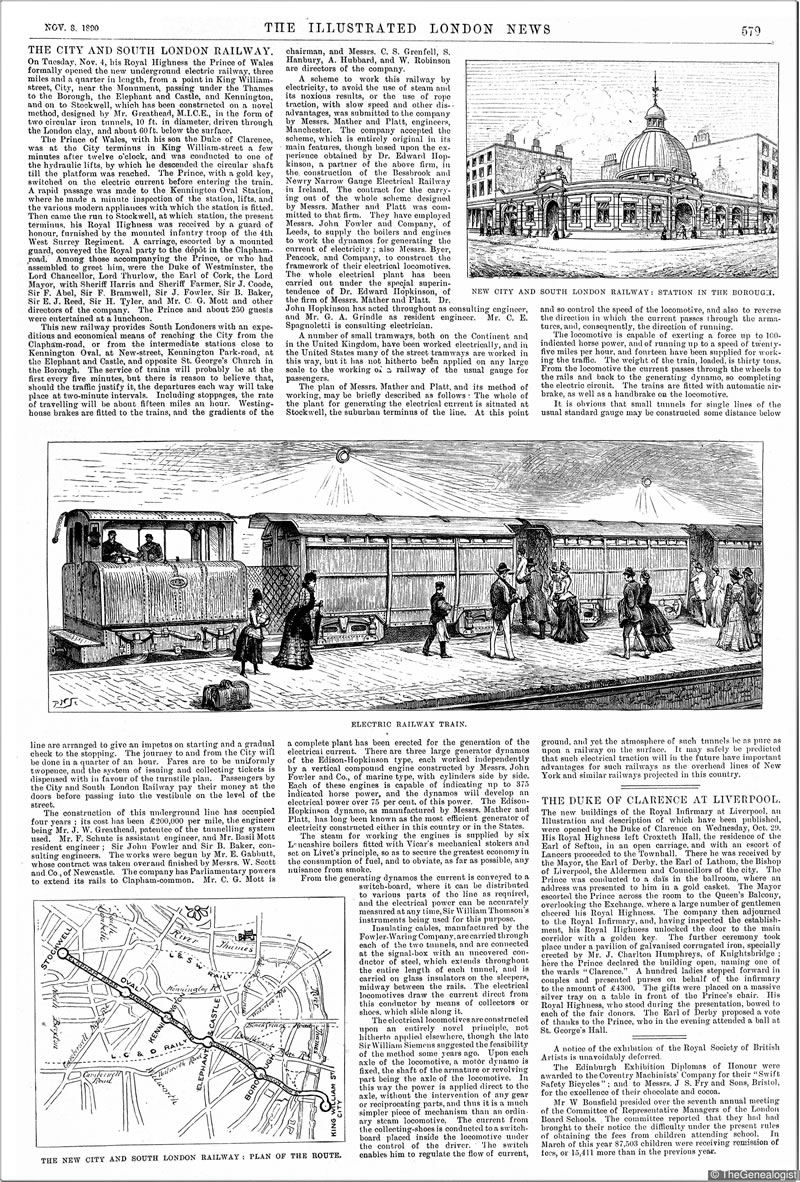 The Illustrated London News, November 8 1890 - The opening of the first electric underground railway

Earlier that year, in the March 8th edition of The Illustrated London News, we can read that the Prince of Wales had driven in the last rivet in the construction of The Forth Bridge in Scotland and in June 1890 the Metropolitan Police moved into their New Scotland Yard building on the embankment. 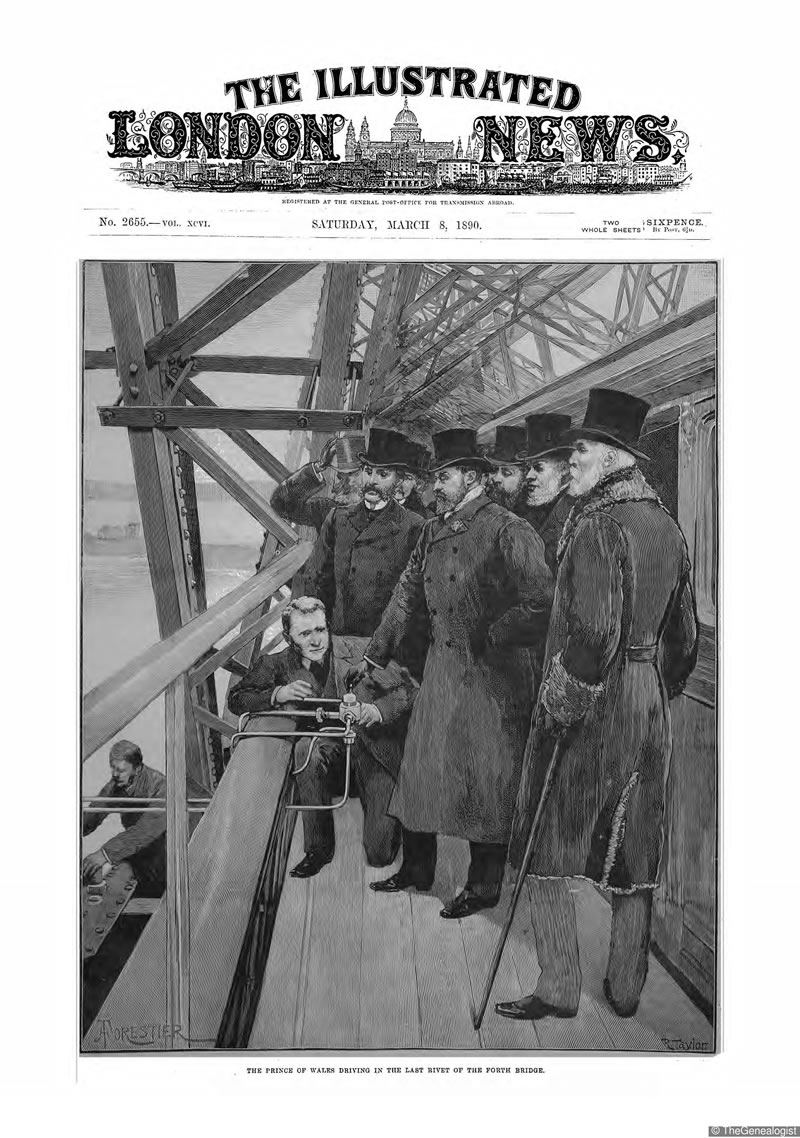 The Illustrated London News, March 8 1890 the last rivet driven into the Forth Bridge 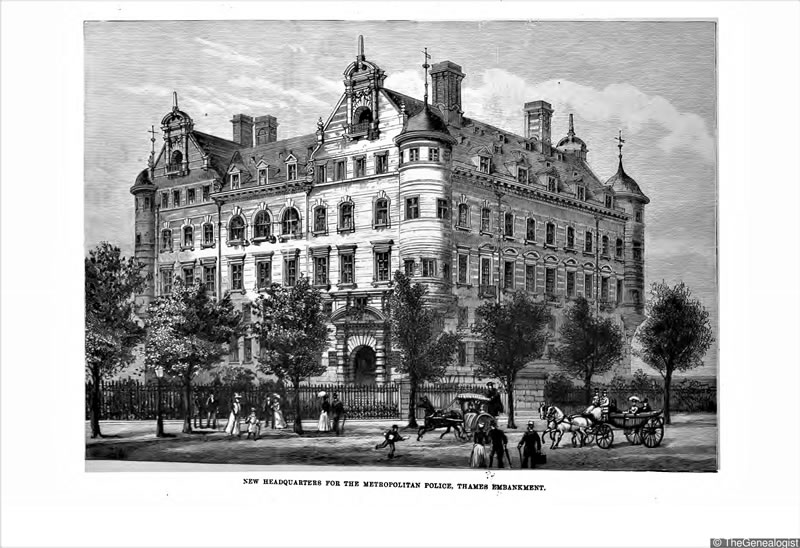 Ancestors in the newspaper

It is, however, not just the great and the good that we can read about in the pages of the new release on TheGenealogist. There are many articles dealing with a wide range of stories, and you can fully search the Newspapers & Magazines collection by name and keywords. If your ancestor was involved in a newsworthy event then it is worth searching the collection to see if they got a mention in the paper. As well as baptisms there were death notices, wills, marriages, crimes and court cases, plus the political stories of the time. 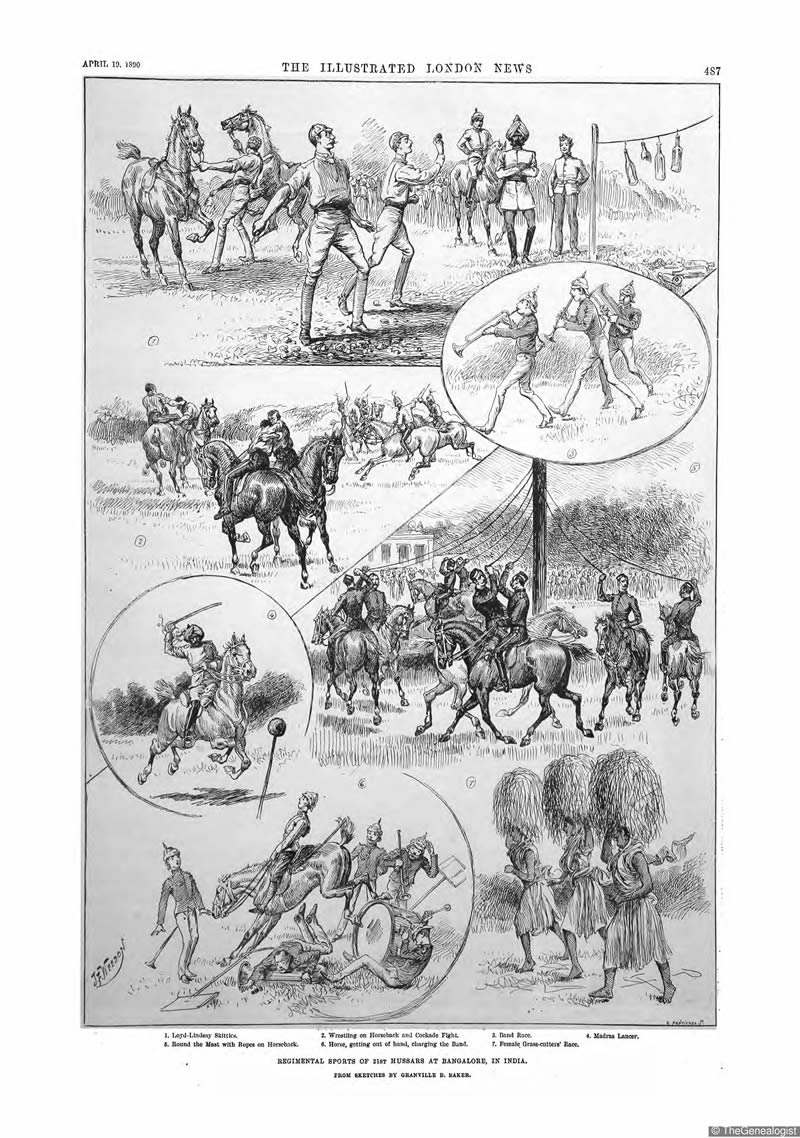 There are feature articles that can give you an insight into all sorts of your ancestor's occupations. As an example we can read about the Regimental Sports taking place in India, or find out about London Cabs and the cabmen who drove the iconic two wheel horse drawn taxis perched high above and behind the passengers. 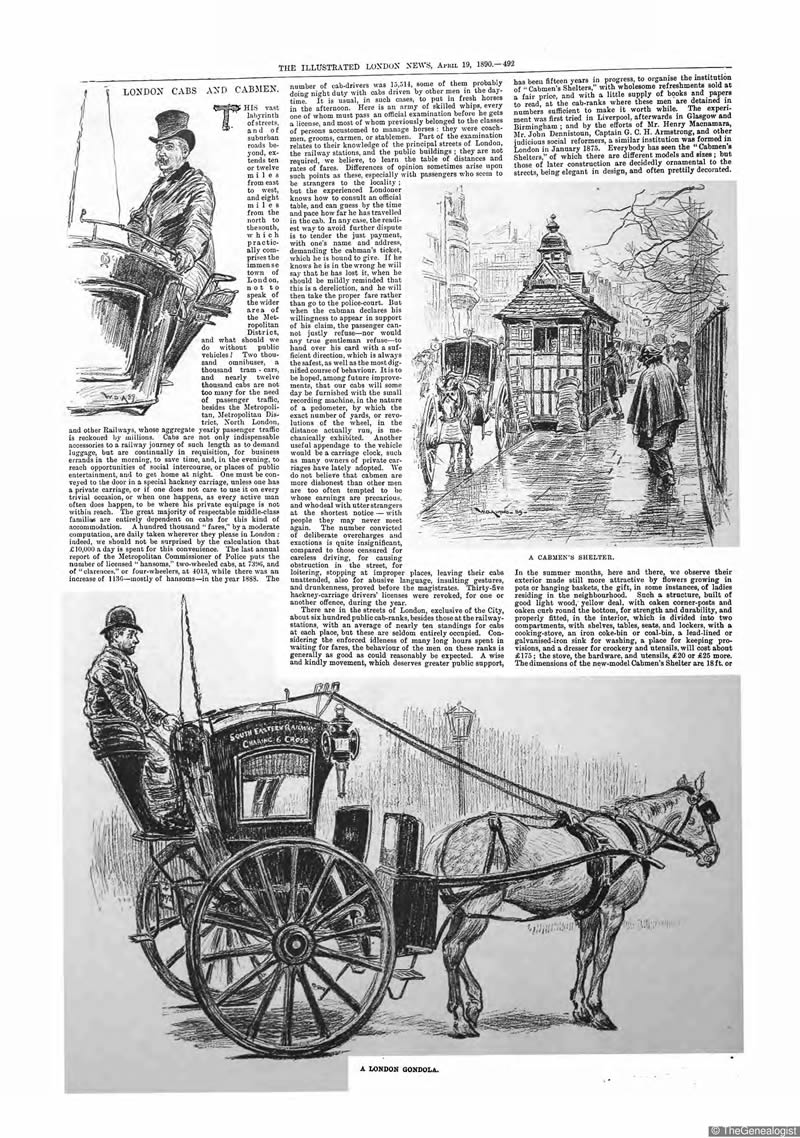 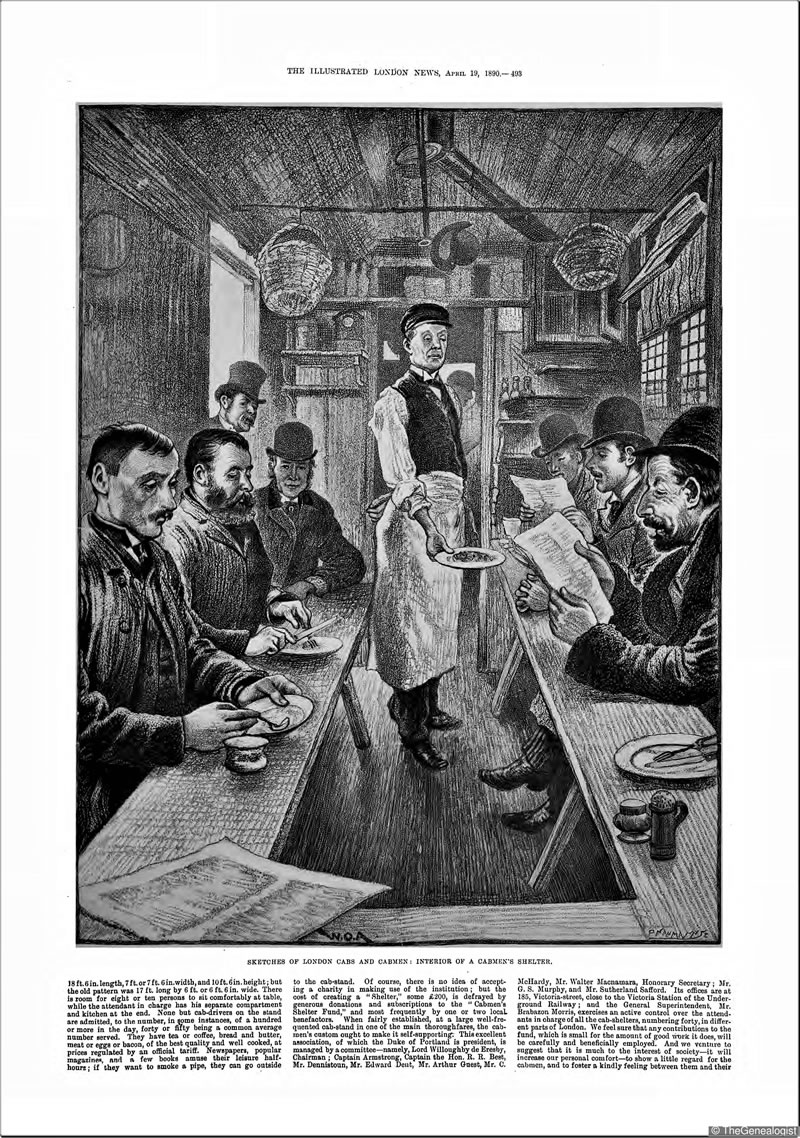 At the back of The Illustrated London News you can find all types of advertisements - some of the brands we would still recognise today such as Hovis Bread and Cuticura soap, while other products and companies have not survived the test of time. 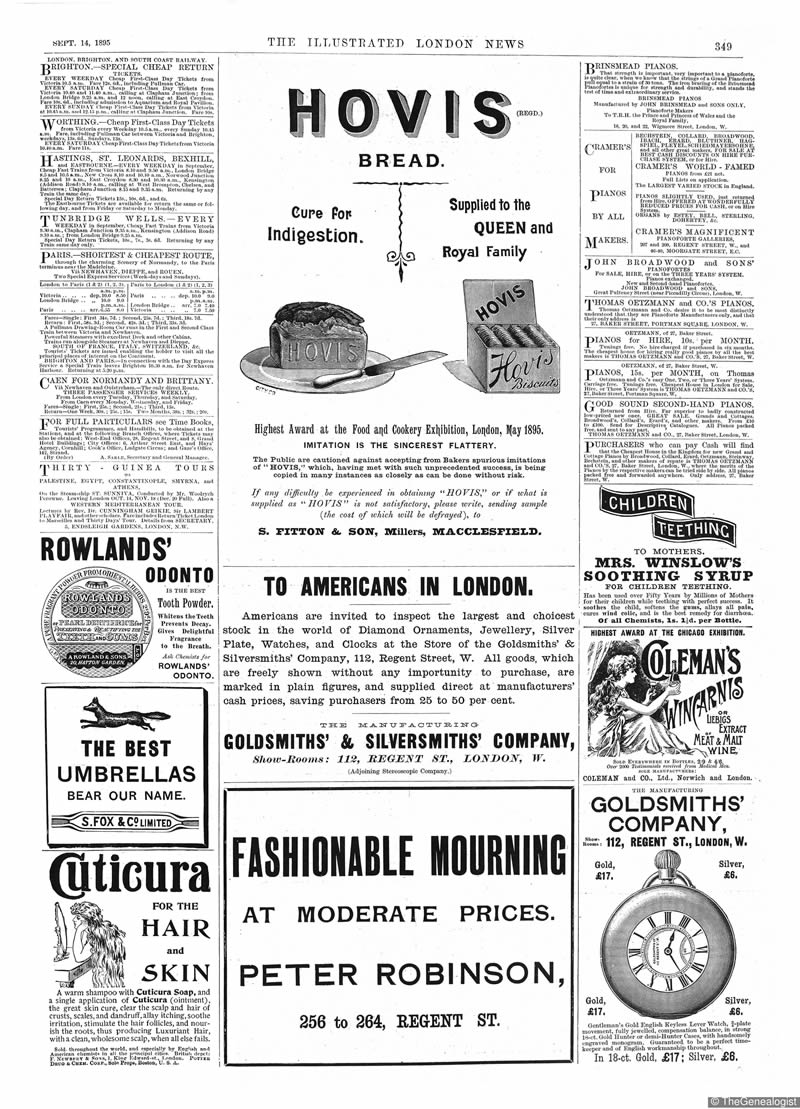 The Illustrated London News is one of a number of newspapers and magazines that are fully searchable by name or keywords to Diamond subscribers of TheGenealogist. Apart from adding context to your ancestors' lives and times, this resource can be used to find out more about those forebears who, for one reason or another, were mentioned in articles.