Using the latest features of the Map Explorer™

TheGenealogist's newly released Map Explorer™ is already a great resource that can help you find an ancestor's property and then watch the landscape change over time. Using its combination of georeferenced historic and modern maps can really help to augment the story of your ancestors' lives by shedding light on where they once lived.

At its launch, the Map Explorer™ could aid researchers who had an address of an ancestor and wanted to find the exact location of that ancestor's home on a map but were confused by a modern map not identifying the correct place.

With redevelopments, which may have taken place over the intervening years from when an ancestor was recorded as living in a place, many roads may have disappeared or changed their names. Apart from the areas of Britain bombed in the Blitz, many other roads will have changed and in some cases, this has been in a dramatic way. Over the years, urbanisation has inched outwards and now surrounds even those smaller country towns and villages. Some areas will have seen rows of terraced houses make way for blocks of flats and in some cases the redevelopment may have extinguished roads, shortened them or rerouted them. This change may confuse the family historian searching for the home of an ancestor when the house numbers, as well as the road name, have been reused in the modern landscape.

However, by using the new Map Explorer™, you can choose between a historical or a modern place search, solving the problem of an address that doesn't exist today. Once you start entering a street address, the search box will populate with options. Clicking on the correct one will cause the explorer to jump to the street on a historic map and briefly highlight the road with a pin.

You are able to decide which historic map to view by choosing between various "Historic Layers" such as the Ordnance Survey Series for 1893-1900s, 1919-1947, 1937-1961 or 1955-1961. Using the transparency slider from the controls will reveal or hide the modern street map beneath - this facility allows you to see the present-day topography, which may be very different from that of your ancestor's time. Switching between the historic and the new maps will very often show that modern redevelopments, road layout changes and the urbanisation of the countryside have completely changed the area that an ancestor had once lived in, making it unrecognizable from the way it was in their time. The modern map layers can also be changed between various options and even include a satellite image view. 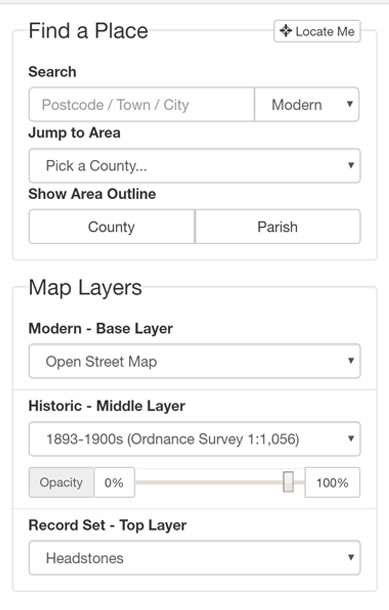 The search interface on the Map Explorer™

From the Master Search on TheGenealogist, we can search the Headstone collection for transcripts and images of our ancestors' headstones. As graveyards have now been plotted on the Map Explorer™, this now allows us to investigate the burial grounds adjacent to a town or place where we know an ancestor lived.

For example, if we look for T.E. Lawrence, best known as Lawrence of Arabia, we know that he lived near Wareham in Dorset. Lawrence was fatally injured in an accident on his motorcycle on the road close to his cottage in Dorset. He was 46 and a dip in the road obstructed his view of two boys on their bicycles; swerving to avoid them, Lawrence lost control and was thrown over the handlebars. Six days later he died on 19 May 1936.

If we find Wareham on the map explorer and then search the cemeteries surrounding it by clicking View Records, we can discover T.E. Lawrence's grave in St Nicholas Graveyard, Moreton. 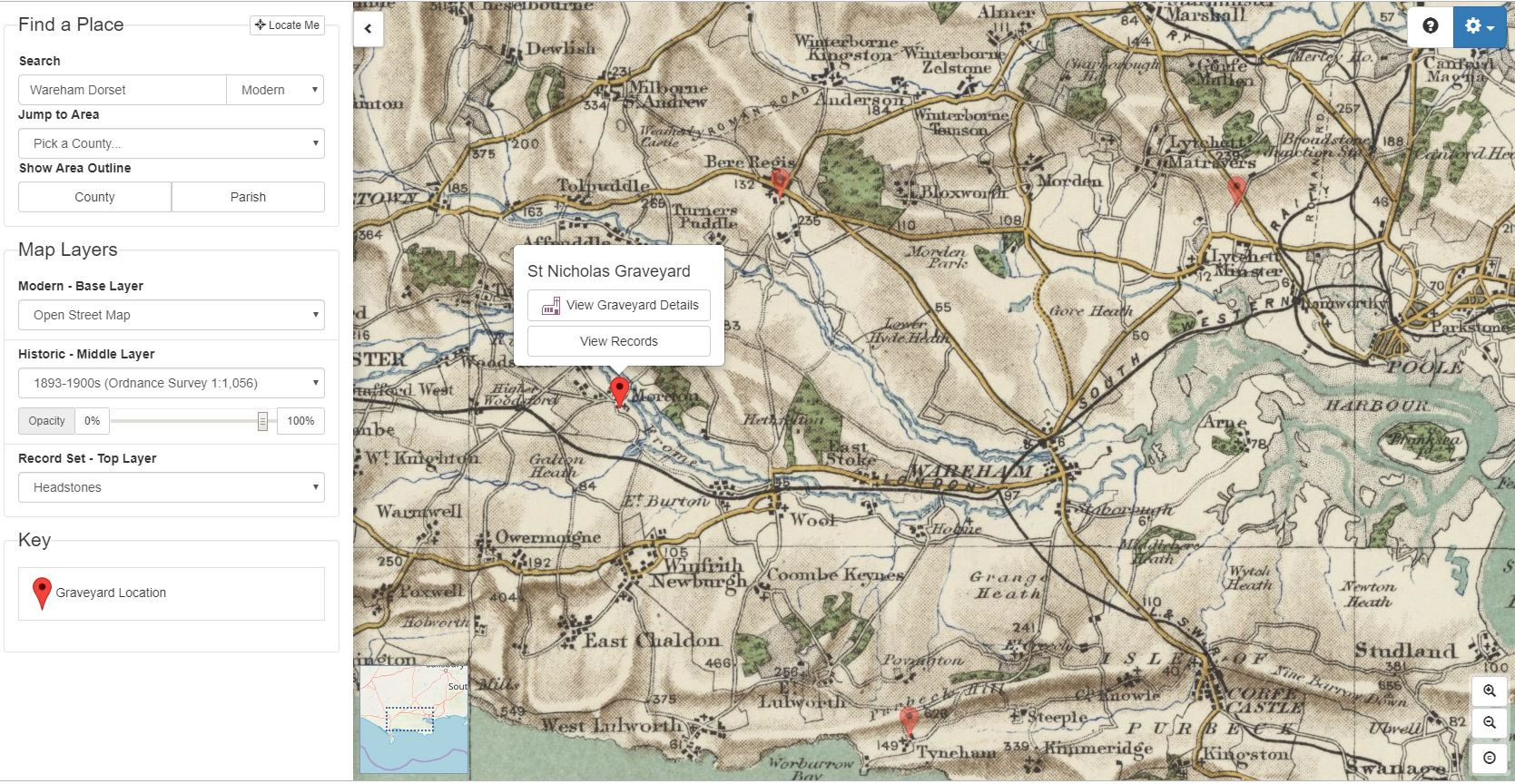 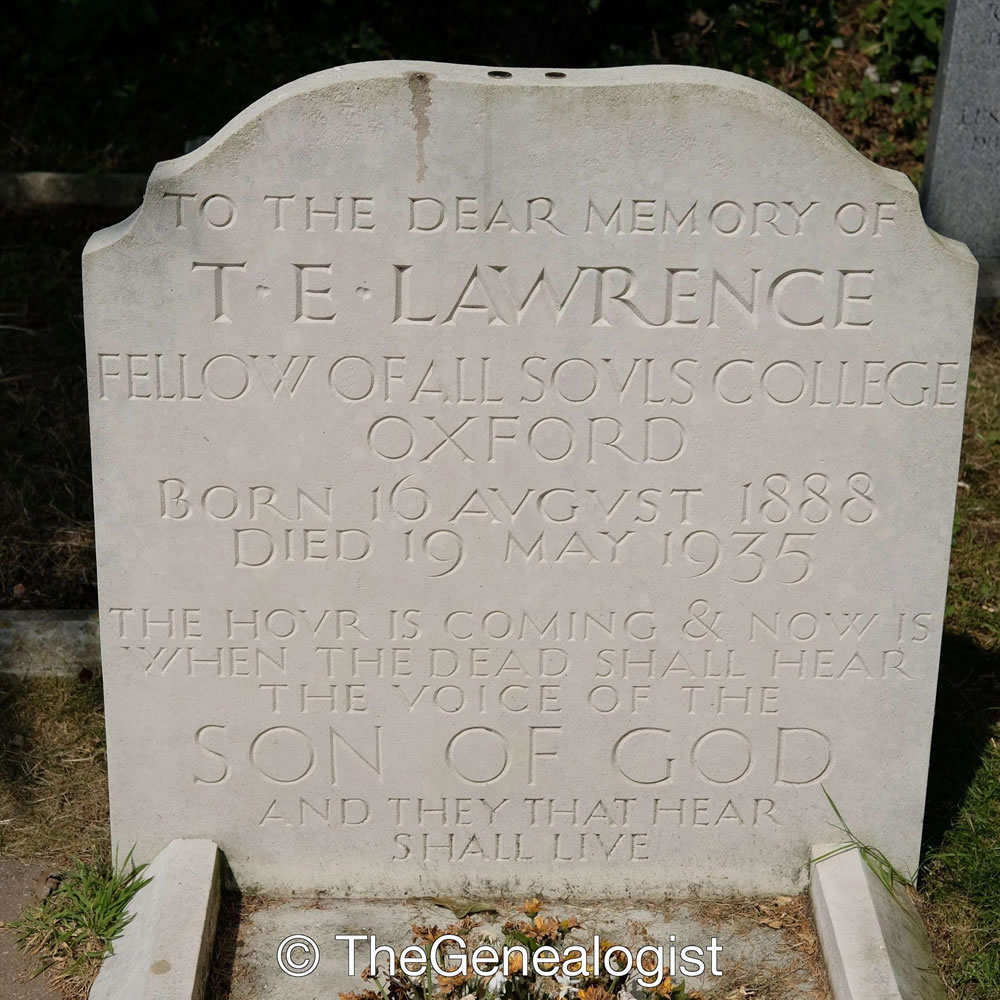 Wilfred Owen, the war poet, was born on 18 March 1893 near Oswestry in Shropshire. Owen, however, was killed in action on 4 November 1918 during the crossing of the Sambre–Oise Canal. This was exactly one week (almost to the hour) before the signing of the Armistice which ended the war. His mother received the official telegram that informed her of his death on Armistice Day, as the church bells in Shrewsbury were ringing out in celebration of the end of the war. While Owen is buried at Ors Communal Cemetery in northern France, he is commemorated at Shrewsbury Abbey, as we would expect from his family connections to it. 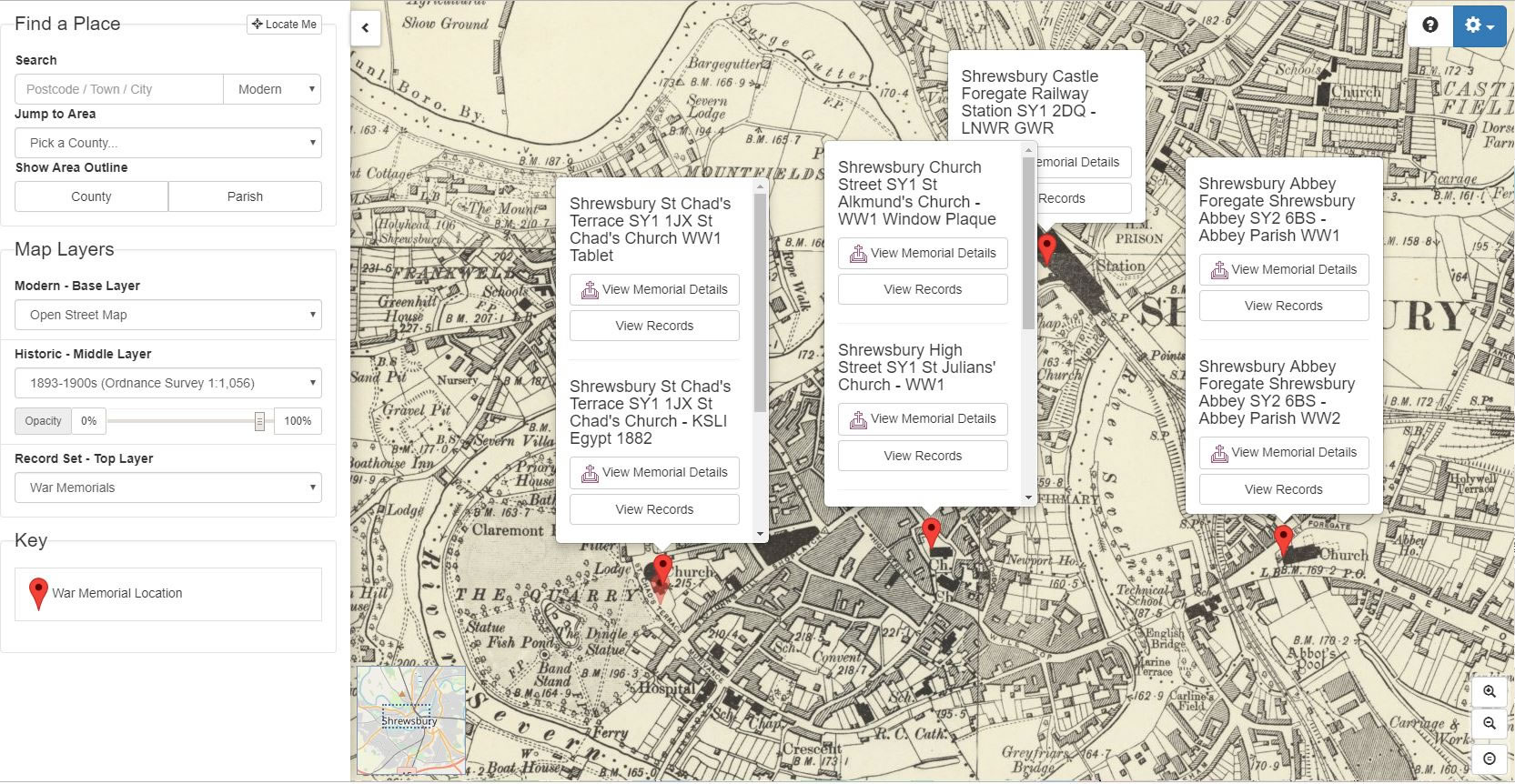 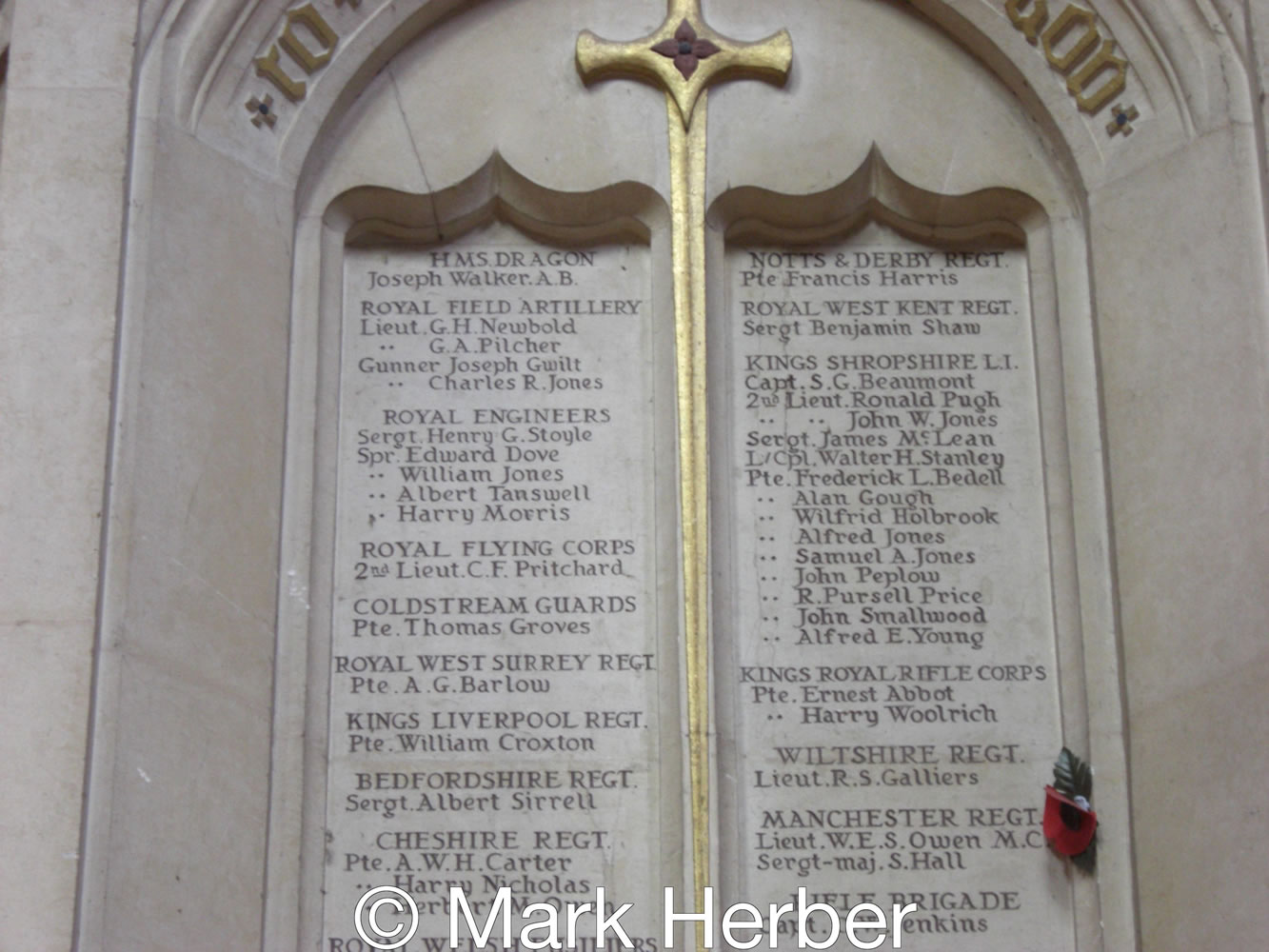 The War Memorial at Shrewsbury Abbey

The new records that have now been added to TheGenealogist's Map Explorer™ allow family history researchers to really build depth to their ancestors' story by understanding more clearly the locations of houses, graveyards and war memorials. The ability to find them on historic and modern maps, and seeing how the area may have changed over the years by using the different layers, makes this tool a valuable addition to the family history researcher's armoury.