Many researchers will find ancestors that in Colonial times were intrepid travellers who set out from the U.K. to make a new life for themselves in far away parts of the British Empire. Some were forced to leave Britain by order of a court having been sentenced to be transported to the penal colonies in Australia. Most of these people usually stayed on in Australia, once their sentences were over, to begin a new life down under as there was no paid return trip to England after they received a pardon. Other ancestors saw opportunity and went out to the colonies of their own volition to seek out their fortune. 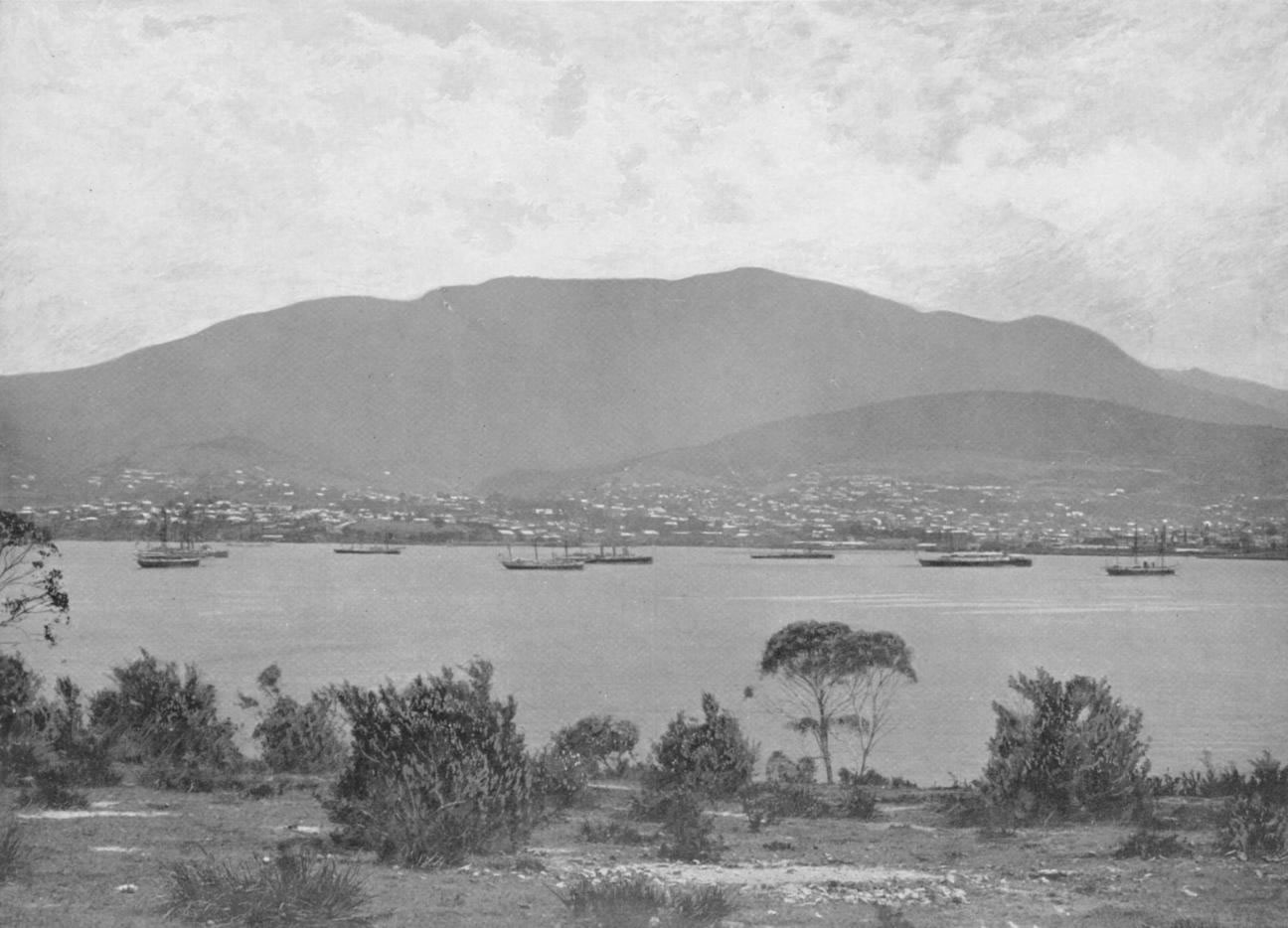 TheGenealogist has recently added to its Australian records with several new resources which can aid the researcher to find ancestors from a diverse range of historic books and directories. For example, if you were looking for a past member of your family who lived in Tasmania then Walch's Tasmanian Almanac 1889 may be a resource to consider as it lists people in various occupations ranging from Medical Practitioners, Chemists, Dentists, Teachers, Members of the Municipality, Lawyers, Magistrates, Clergy of various denominations, Secretaries of societies, and includes advertisements for traders and hoteliers. The almanac also gives the researcher the name of Masters and Owners of ships in the ports of Hobart and Launceston. The list of Legal Practitioners, including those who were absent at the time, were also listed in this book and could alert you to a lawyer who was taking a sabbatical back in the U.K. at this time. 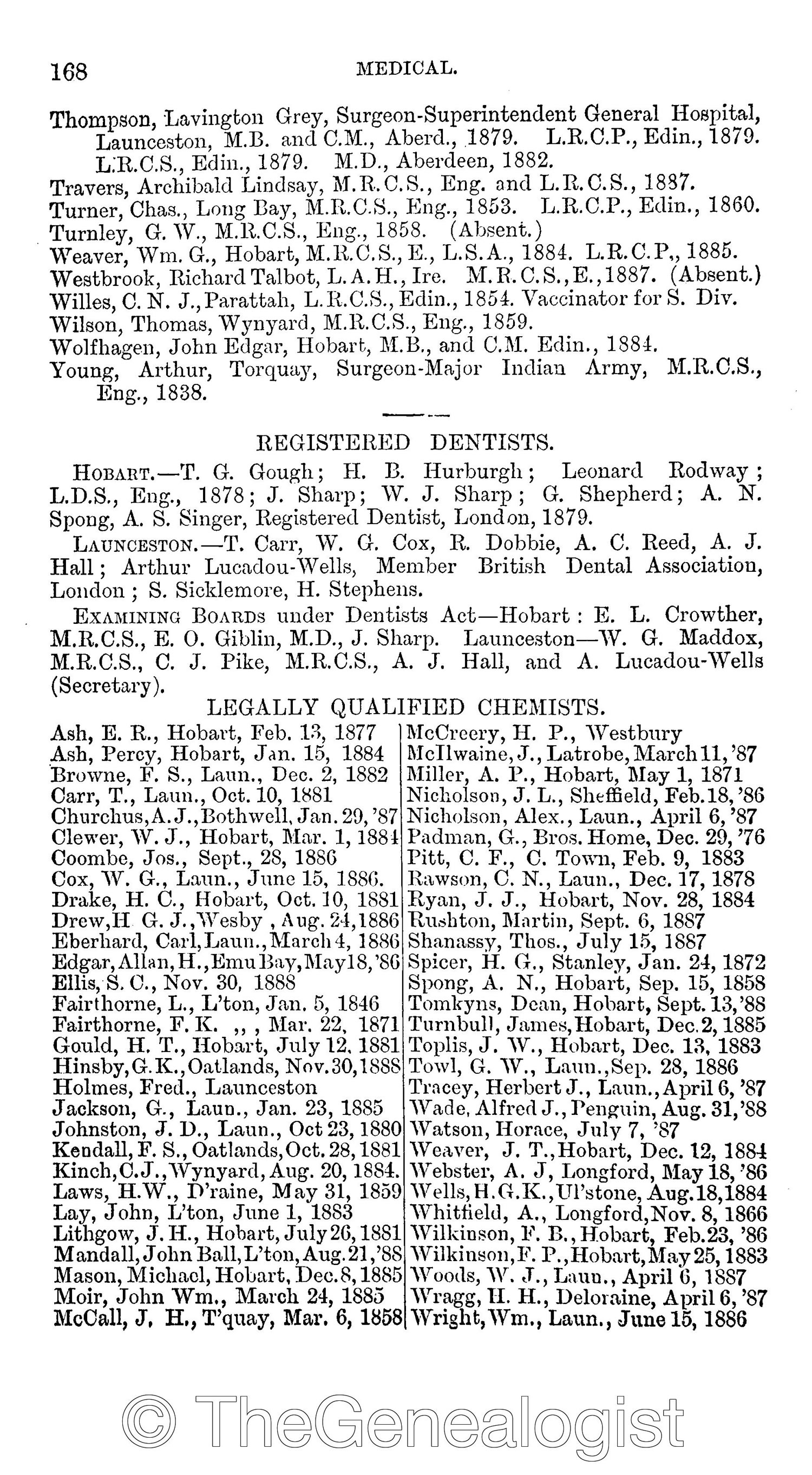 If your ancestor achieved something noteworthy, or remarkable, in their life then they may have an entry in the 1908 edition of Johns's Notable Austalians and Who is Who in Australasia.

Inventor, Louis Brennan in Johns's Notable Austalians and Who is Who in Australasia, 1908

Louis Brennan, the inventor of a torpedo that became known by his name, can be found in these records. Though he was born in Castlebar, Ireland in 1852 he moved to Melbourne, Australia in 1861 along with his parents. When he was old enough he started his career as a watchmaker and a few years later was articled to Alexander Kennedy Smith, a renowned civil and mechanical engineer of the period. Brennan invented the idea of a steerable torpedo in 1874. The idea came to him from observing that if a thread is pulled on a reel at an angle with suitable leverage, the reel will move away from the thread side.

Brennan dedicated a number of years developing his invention and received a grant of £700 from the Victorian government towards his expenses. He eventually patented the Brennan Torpedo in 1877 and went to England in 1880 where he then presented it to the British War Office.

Next, Brennan then worked on a monorail locomotive which was kept upright by a gyrostat and then in 1903 he patented a gyroscopically-balanced monorail system that he designed for military use and which was successfully demonstrated on 10 November 1909 at Gillingham, England. 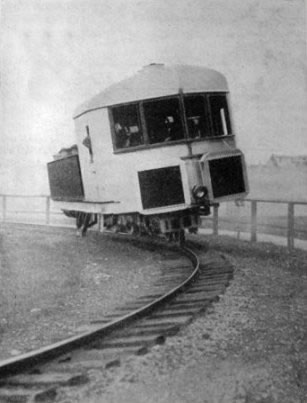 Dame Nellie Melba was another famous and notable Australian to have an entry in this book. Melba was born in Richmond, Victoria as the eldest of seven children of the builder David Mitchell and his wife Isabella Ann née Dow. Melba's father was from Scotland having emigrated to Australia in 1852, where he became a successful builder. Melba was taught to play the piano and first sang in public around age six and then, in her teens, Melba continued to perform in amateur concerts in and around Melbourne. She also played the organ at church. Her father encouraged her in her musical studies, but it is said that he strongly disapproved of her taking up singing as a career.

We can also find the entry for Melba's father, David in the very same resource. We can read that as a building contractor he was involved in the construction of some of the principal buildings in Melbourne, such as the Equitable Buildings, Prell's Buildings, Melbourne Exhibition Building, Scots Church, and the Masonic Hall. Johns's Notable Austalians and Who is Who in Australasia tells us that he was largely interested in pastoral properties and that he owned a famous cement works at Burnley, Richmond. 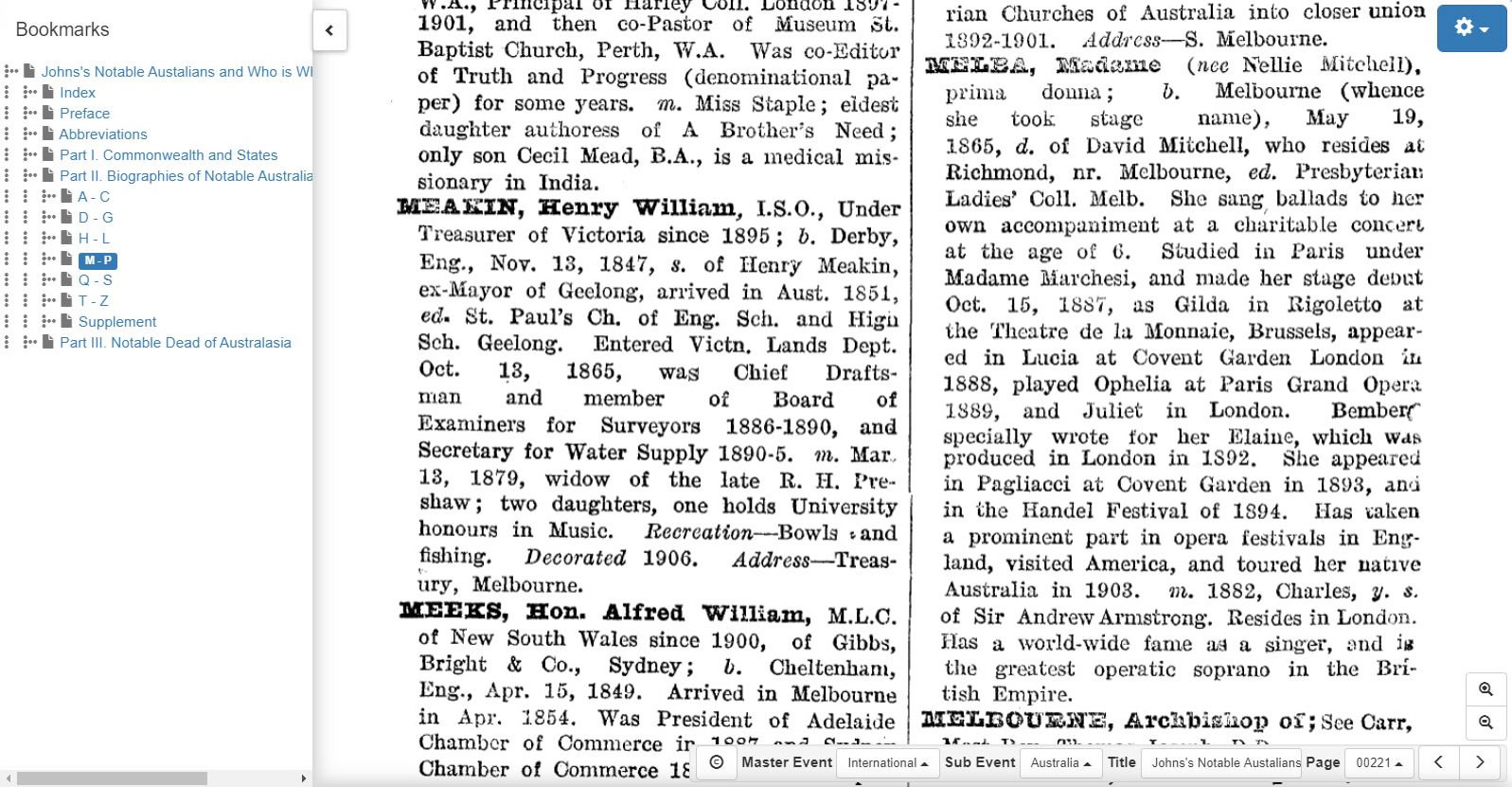 Nellie Melba in Johns's Notable Austalians and Who is Who in Australasia, 1908

Use a Street Directory to find an ancestor's address 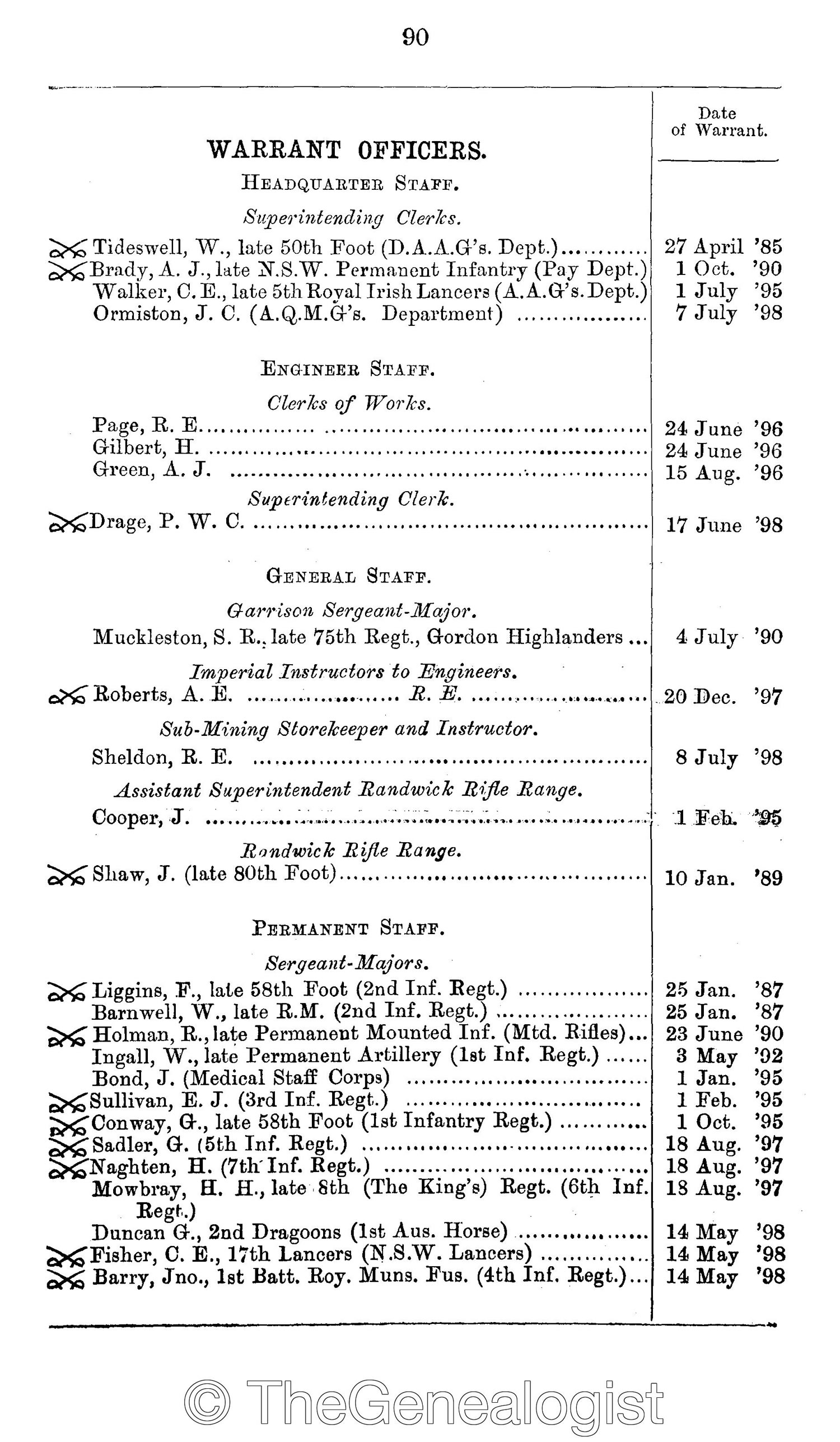 Return of the Names of Official Chaplains (Self Governing Dominions) 1910 will provide you with the name of the institution where your clergyman ancestor carried out his calling to minister to people in various colonial institutions. It includes Church of England, Roman Catholic, Methodist and Presbyterian clerics who were chaplains to hospitals, asylums, prisons as well as the University of Sydney. 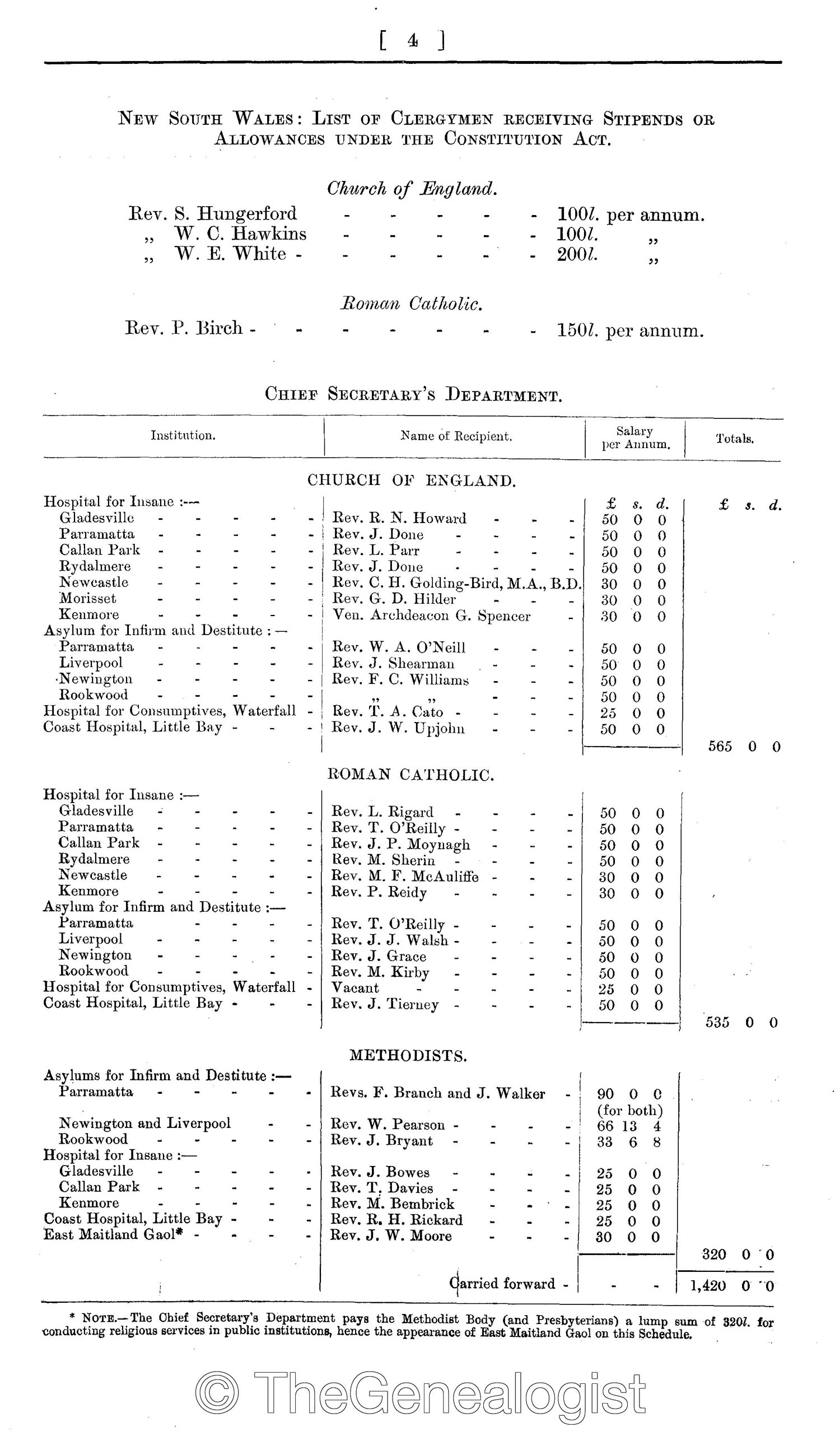 Return of the Names of Official Chaplains (Self Governing Dominions) 1910

For ancestors who established business in Australia, apart from using street directories to establish the address of their business premises, it is also worth keeping a lookout for any advertisements that may have been placed in the publications that took advertising. A particularly eye-catching example from The Victorian Municipal Directory and Gazetteer 1886 is that for William Howard Smith & Sons whose Shipping business was headquartered at the corner of Market Street and Flinders Lane in Melbourne. 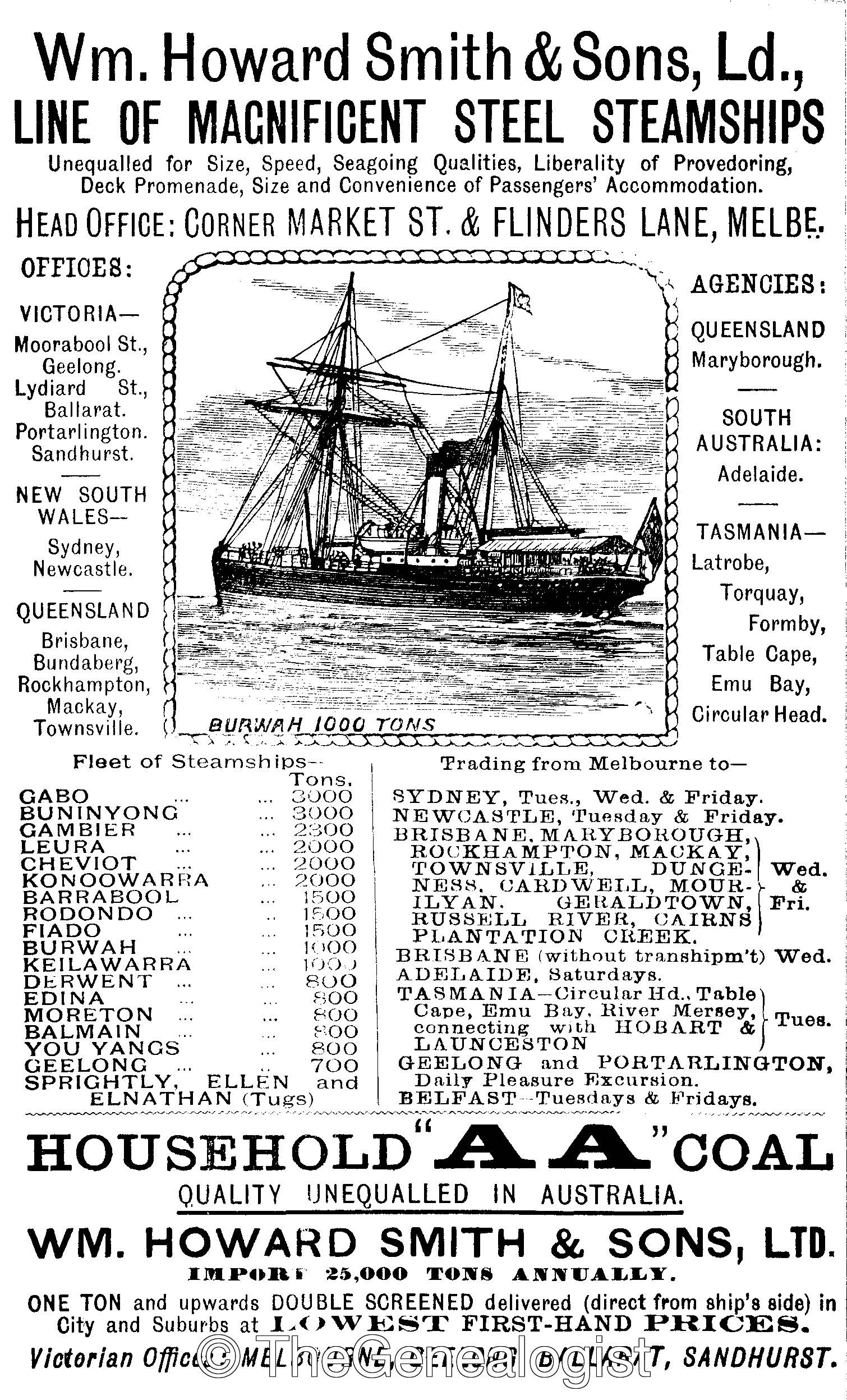 The Victorian Municipal Directory and Gazetteer 1886

Using the information in the 1882-3 The Commercial and Trades Directory for the South of Australia we can find listed, taking the town of Beachport as just one example, the names of hotel keepers, shipping agents, the butcher, the storekeeper and the headkeeper of the Penwyn Lighthouse who is listed as one T Leslie with his assistant named as Donald McLeod. 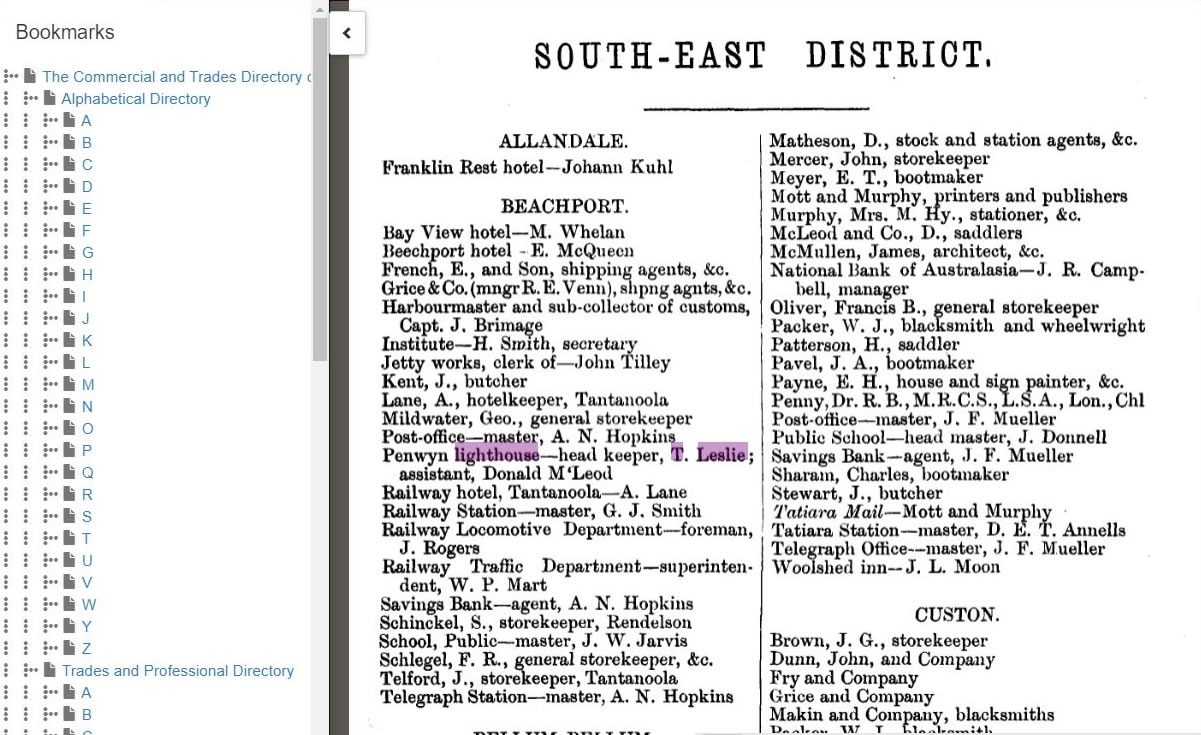