Amanda Holden - Who Do You Think You Are?

An extraordinary love affair, and her grandfather's horrific experience in WWII...

The investigation into her ancestors brings to light an extraordinary Anglo-French love affair at a time just after the Napoleonic-era and closer to date, her grandfather's horrific experience in WWII.

Amanda Louise Holden was born in Portsmouth on the 16th of February 1971. She has always heard stories about rumoured French ancestry on her mum's side as her middle name is Louise and there were lots of generations called Louis1.

"My Mum and Stepfather came to live in Cornwall about 15 years ago and it's where all our ancestors are from. But I think the thing that really interests me is this rumour of a whole French side of the family. My grandmother has always said: 'Oh it's because we're French, dear, we're French.' I would love it to be true."

Amanda's mother, Judith Harrison is the daughter of Dora Thomas and it is her father, Amanda's great grandfather, who had been born in 1897 and given the French first name of Louis that first points to this being possible. By researching this family line back further using the census and birth records on TheGenealogist we see that the Christian name of Louis has been passed down through three other generations of the Thomas family. The first Louis Thomas having been born in 1819. This looks intriguing, as this date is just after the end of the Napoleonic Wars and Wellington's Army of Occupation in France between 1815 and 1818.

From the 1861 census found on TheGenealogist we are able to discover that Amanda's 4x great grandfather had earned his living as a postman in Truro. Louis Colin Thomas's birth in France had, however, caused sufficient interest by the census enumerator for him to have planted a large cross against the entry that reveals: France; British Subject as can be seen in the image below. A search of the naturalisation or the denisation applications, available on TheGenealogist, does not find an entry for Louis and so we must assume that he was born to a British father.

From here if we now go back to look at the 1841 census on TheGenealogist we are able to find Louis (anglicised to Lewis) and recorded here as 'F' for born in foreign parts. His father is a shoemaker and from the 'Y' in the seventh column we know that he was born in the county of the census, in this case Cornwall. Louis's mother, like her son, is born in foreign parts and we can guess that Radigaud Thomas is a frenchwoman. This opens up an intriguing question about how Colin and his wife met. What was the Cornish shoemaker doing in France? Was he a British soldier at the time? Viewing the 1881 Cornwall census, where we can see their son (now a retired postman and living with his son, also called Louis) the place of Louis Snr's birth is revealed as Bordeaux. 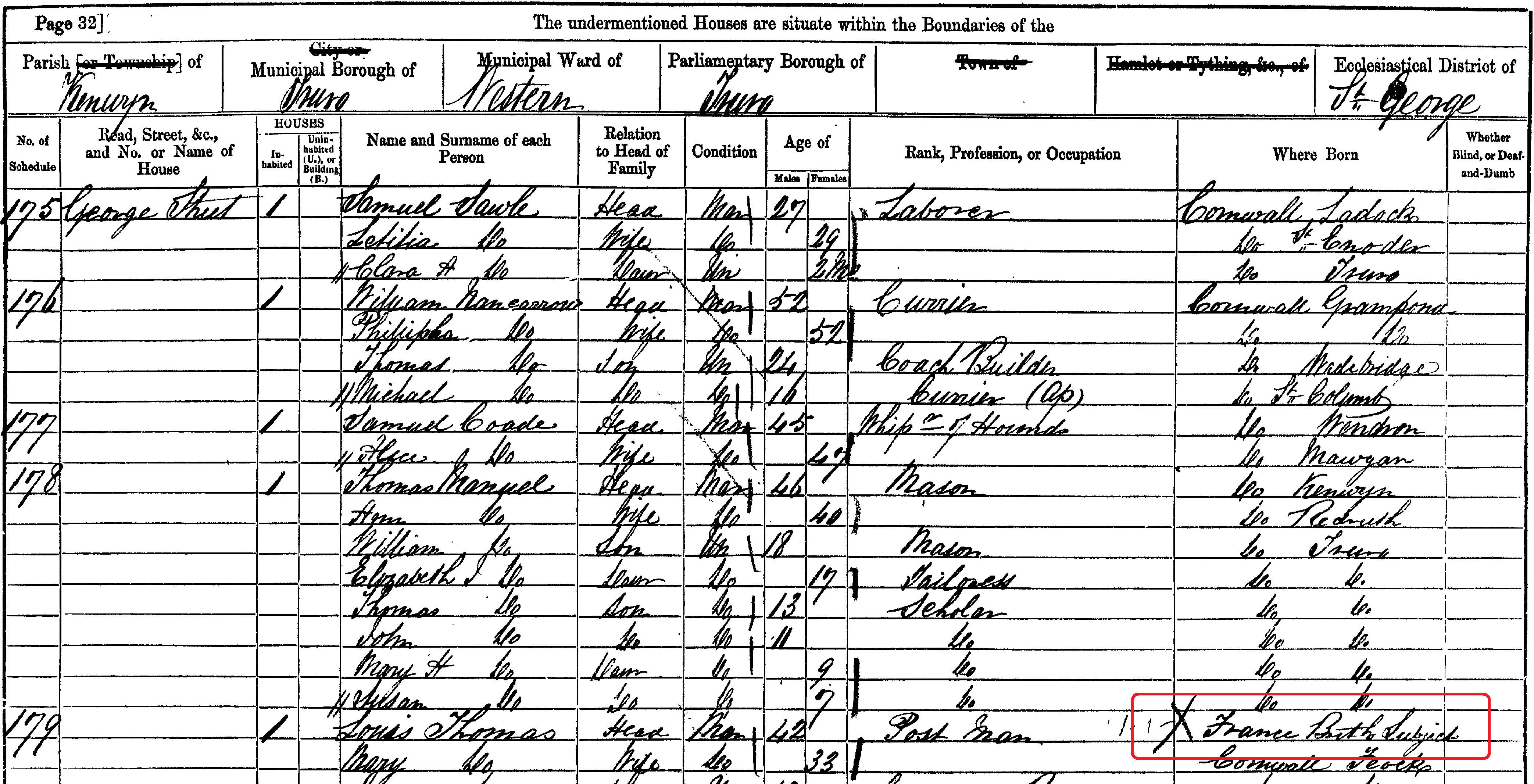 1841 census reveals his parents as Colin and Radigaud Thomas

1881 census reveals that Louis Thomas had been born in Bordeaux

This investigation uncovers what looks like an extraordinary Napoleonic-era cross-channel romance where Colin Thomas met Radegonde (misspelled as Radigaud in some records), married her and began a family in South Western France before then moving his wife and eldest children back to his home in Cornwall. It is here that we can find the baptism of the couple's later son in the Non-Conformist and Non-Parochial BMDs on TheGenealogist.

Henry Thomas baptised 18th July 1831 in the Non-Conformist and Non-Parochial BMDs on TheGenealogist for Truro.

Amanda's mother, Judy, has researched into their family and discovered that Amanda's 5x great grandfather Colin (sometimes recorded as Collin) Thomas had been sent to jail as a boy of about 15 for breaking his apprenticeship to a shoemaker2. We can find him within the Criminal registers on TheGenealogist where his crime is that of: Being An Apprentice, For Enlisting and Defrauding His Majesty of 11 Guineas. 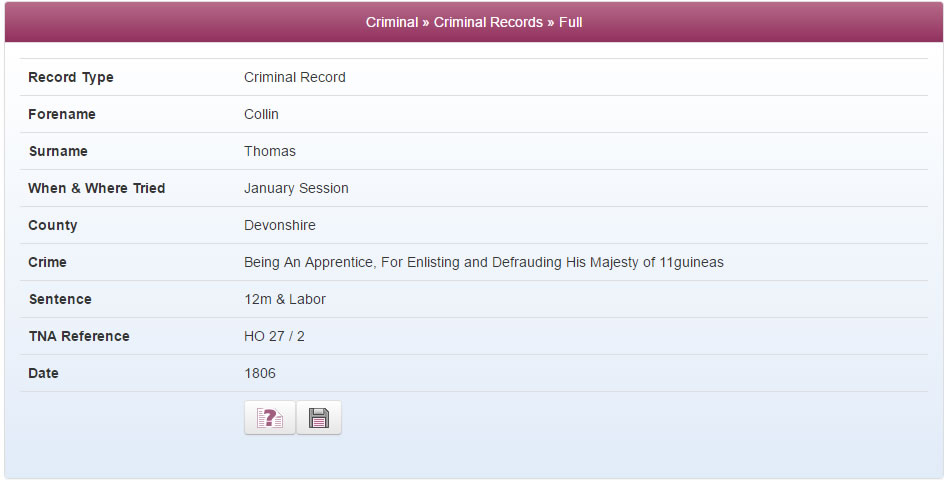 It would seem that when Colin was ten, his mother had agreed that her son should be bound to a master as an apprentice for 7 years in order to learn the shoemaking trade. Colin ran away and joined the Royal Marines and so broke the apprenticeship by accepting "the King's shilling". His master must have caught up with his apprentice and as a result he was accused of defrauding the King out the money paid him by the Royal Marines. His punishment was 12 months hard labour in Exeter, Bridewell.

It would be approximately ten years later, that Amanda's 5x great grandfather crops up again, this time as Thomas Collins and in a French marriage record to Radegonde Charbonnel. The couple get married in a village called Caudrot, near Bordeaux and like us Amanda wonders how Collin came to be in France to meet and marry Radegonde.

Why was Colin in France? Had he now joined Wellington's Peninsular Army after release from prison? Historians tell us that when Wellington's army reached Bordeaux, it had turned against Napoleon and the local people welcomed the British with open arms. Military records from 1814 reveal that Colin was in line to receive a soldier's pension for having fought in the army but something made him now decide to desert.

When she found out about this Amanda said:"It must be for love. Which I love. I am such a romantic. That's incredible. I just think what a gorgeous man to follow his heart, but to be that tough and that strong. This is our family."

Colin would have been billeted for a time in the village of Caudrot and it is here that he met and married her 5x great grandmother Radegonde. They had already had their first child together before they married and then Amanda's 4x great grandfather Louis was their next child, born after they married. A further nine children followed after the family left Bordeaux and settled in Collin's home of Cornwall.

Researching into her French family takes Amanda even further back to find out that Radegonde's parents were Gerard Charbonell and Catherine Labrousse. Catherine, her 6x great grandmother, was the owner of a vineyard at nearby Castouret and she was the daughter of Amanda's 7x great grandmother: Radegonde Ballan who was from a winemaking family that had several vineyards in the region.

Looking into Amanda's more recent family brings to light one of Britain's worst maritime disasters. With the Second World War turning in Hitler's favour, German bombers sank the Troopship Lancastria just off the port of Saint-Nazaire, France, in June 1940. Out of the estimated 6,000 plus souls on board that day there were just 2,447 survivors. Frank Holden, Amanda's grandfather, was amongst the lucky - but then had to endure enemy planes flying overhead and machine-gunning the survivors as they thrashed about in the oily water. This awful event was hushed up by Winston Churchill, for the sake of the nation's morale, and remains the largest loss of life from a single engagement involving British forces in World War Two. The number of those lost being greater in number than even the Titanic and Lusitania disasters combined means it has gone down as the worst death toll ever in British maritime history. 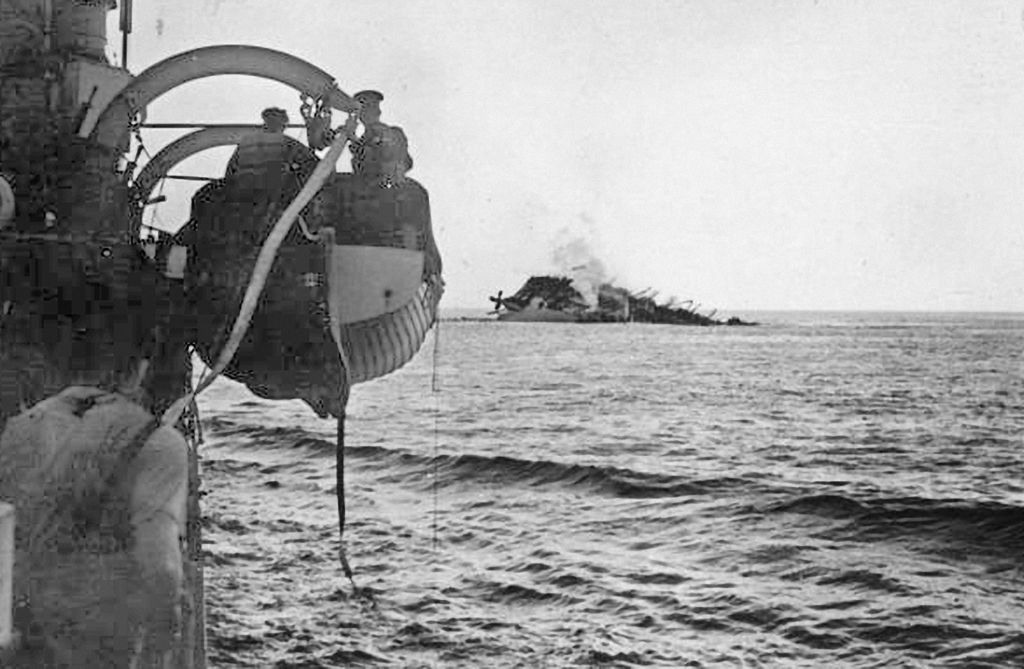 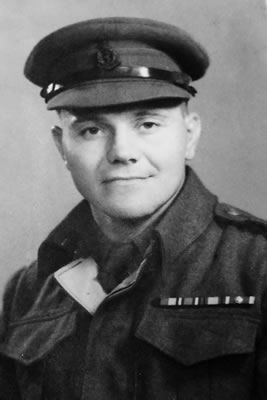 Amanda's grandfather, Frank, was a psychiatric nurse in the Royal Army Medical Corps in the Second World War. Before he had joined the RAMC, to serve in the war, he had been working as a psychiatric nurse caring for the traumatised soldiers from the previous conflict in the First World War. We can only imagine what went through Frank Holden's mind as he signed up for duty having seen the broken men that came back from the hostilities.

In 1939 he was one of 200 medics that had been despatched to France and when Nazi Germany invaded, in May 1940, Frank didn't make it to the Dunkirk evacuation that brought many of the soldiers home. Instead, a month later, he was in Saint-Nazaire in Brittany. Here he boarded the former Cunard liner the RMS Lancastria, that was now doing war service as a troop ship. Unfortunately, for the soldiers and the crew, four German bombs dropped on the ship from the air hit their mark with tragic results. The explosives caused the ship to sink in a blaze and left the survivors covered in oil and clinging to the wreckage while the enemy tried to finish them off with bullets from machine guns on the planes. Over 4,000 people died but Frank Holden was lucky to be amongst those who lived and was dragged from the sea. This massive disaster was covered up on the orders of the Prime Minister, Winston Churchill, as he felt the public morale could not take the news. Amanda never knew her grandfather and the former psychiatric nurse killed himself in 1983.

Amanda Holden's family history connects us twice to France. The first time following a love affair between a British soldier who marries a girl from a winemaking family in the South West of the country in the early decades of the 19th century and then to the horror of war torn Brittany in 1940.

Sources:
1. http://www.bbc.co.uk/programmes/p04hjbdc
2. Press release from IJPR on behalf of the programme makers.