From 1801-1831, purely statistical data was collected with no usable genealogical material, however the 1841 census introduced records with some personal information for the first time. As the first British census which aimed to record details about every citizen, the 1841 census is an important genealogical resource and the records for England and Wales in what is known as the “first modern census” are fully available on TheGenealogist.

The 1841 census is not as comprehensive as later census records, it didn’t gather as many specific details as the later 1911 census did, for example. Information such as place of birth was vague, only noting if they were born in the same county or not. However, the records contain the names of all individuals in the household not just the head of the household so it is still a very useful document in tracing your ancestors.

The 1841 Census of England, Wales, Scotland, Channel Islands and Isle of Man was taken on the night of 6 June. It was the first census conducted by the General Register Office to record the names of everyone in a household or institution. Information available in this collection includes place and name, age, gender, occupation and county birthplace information of each individual who spent the night in individual households.

The Census forms were distributed to all households a couple of days before census night and the completed forms were collected the following day. All forms were meant to accurately reflect each individual's status as of 6 June 1841 and the household they spent the night in. People who were travelling or living abroad were recorded at the location where they spent the night. All of the details from the individual forms were later sorted and copied into The Census books, which are the original records you can view images of today, here on TheGenealogist.

William Ewart Gladstone was a British Liberal politician. He served as Prime Minister four separate times in a career that lasted over 60 years. Gladstone is consistently regarded as one of Britain’s greatest prime ministers. Here we see him in the 1841 Census as a young Member of Parliament, living in London with his wife and young son, William. 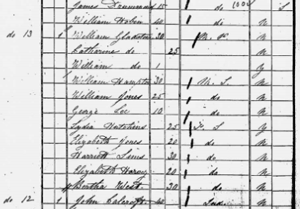 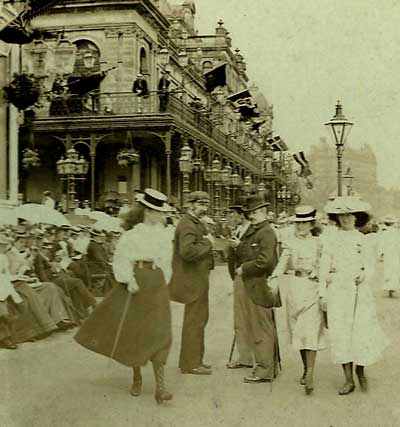